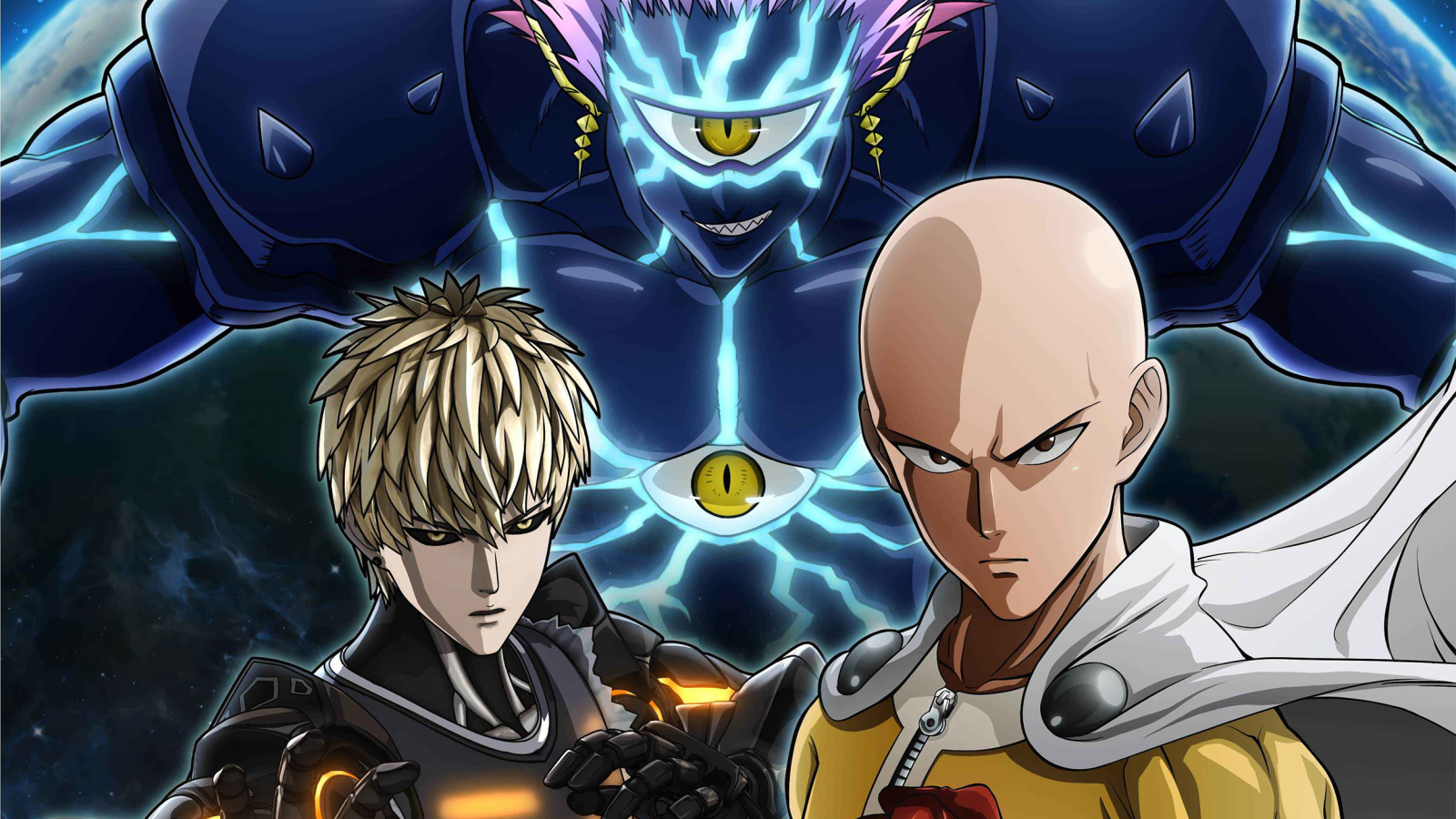 Somewhere between classic RPG’s and the GTA gaming format we find One Punch Man: A Hero Nobody Knows. Now going into this game totally blind, I was surprised by the initial character design center, and the lack of customization options. Despite the lack of characteristics that can be changed, the ones that are capable of being altered have a lot of options available. The most surprising was the fact that you have so many possible options for the voice of your character! You can also choose a wide range of body forms, which again is uncommon in most fighting games. What I like most about the fighting controls on this game is that you learn the moves one at a time. The more experience you gain earns different fighting moves, which for someone like me with a short attention span is great! As you meet other heroes they can teach and sometimes train you in new skills as well.

Spike Chunsoft, the same studio who made Jump Force, is also behind One Punch Man: A Hero Nobody knows. While they both share many common themes and fighting moves, I admire the fact that in OPM: AHNK, they added a lot more RPG style elements to the traditional fighting game. You play the game as a new and upcoming hero trying to find his way in this fighting world, and while fighting the baddies you come across many iconic characters from the manga. Silverfang, Tank-Top Master, Metal Bat and Mumen Rider are just a few you encounter in the beginning, being able to form relationships and play with them as the game progresses. Of course, at various points throughout the game, you will also have the opportunity to play Saitama (One Punch Man) as well! After all, what would a One Punch Man game be without him? 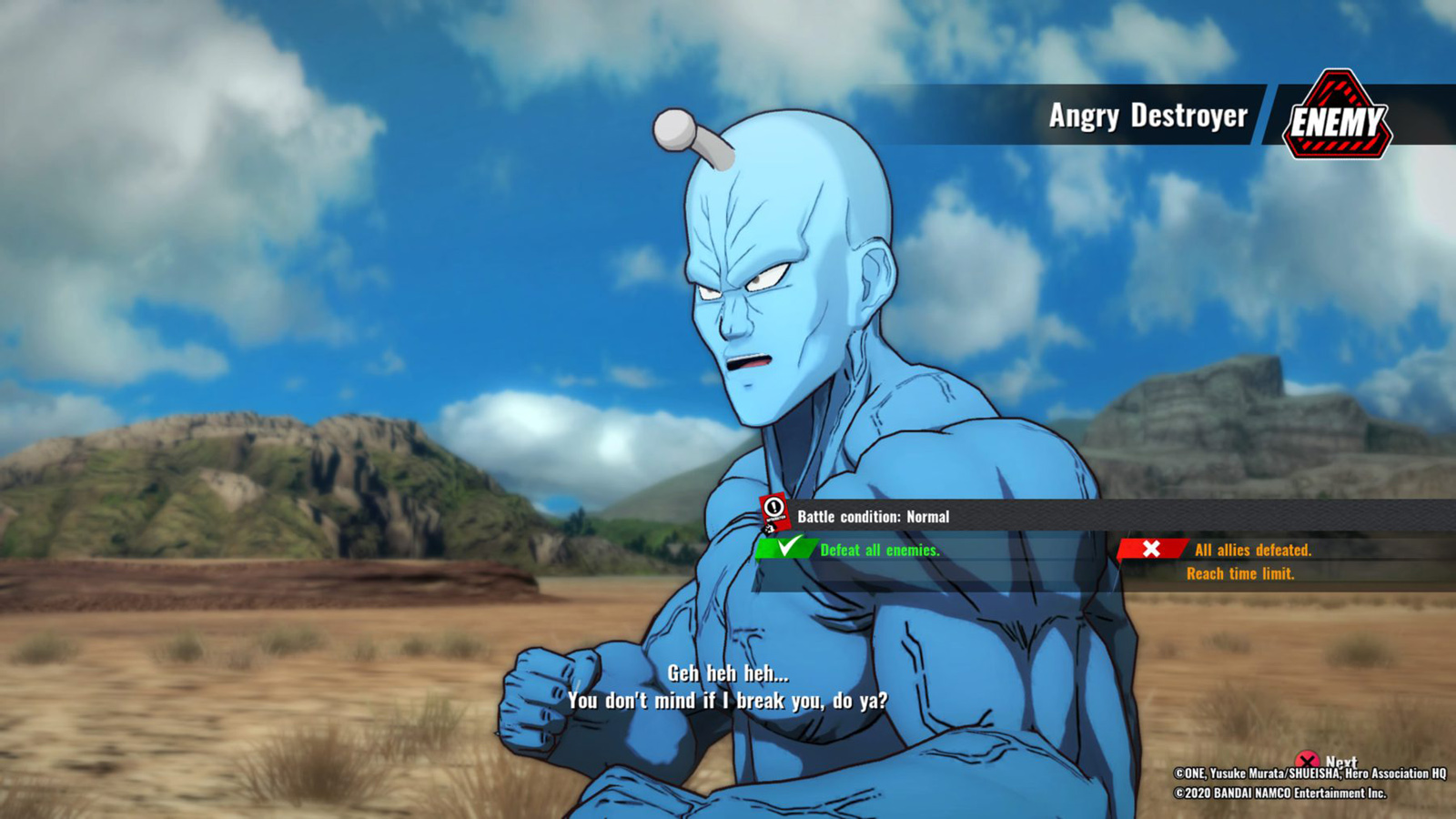 The biggest downside to the addition of the RPG elements is that major portions of the town are sectioned off and can only be unlocked by completing the linear main story missions. I’m a completionist, so it took me forever to unlock each new section as I was very focused on finishing side quests and leveling my character. Much of the game is redundant and simplistic, ranging from the missions, to the one-phrase NPC’s, and even to the music. Despite some of the repetitive features in the game, the villains you encounter are all wild and diverse like something you would only see in a child’s imagination. It seems that most of their designs come out of a character generator that takes random adjectives and nouns and builds a character around them, creating some memorable ones like Macho Monster and Angry Destroyer. 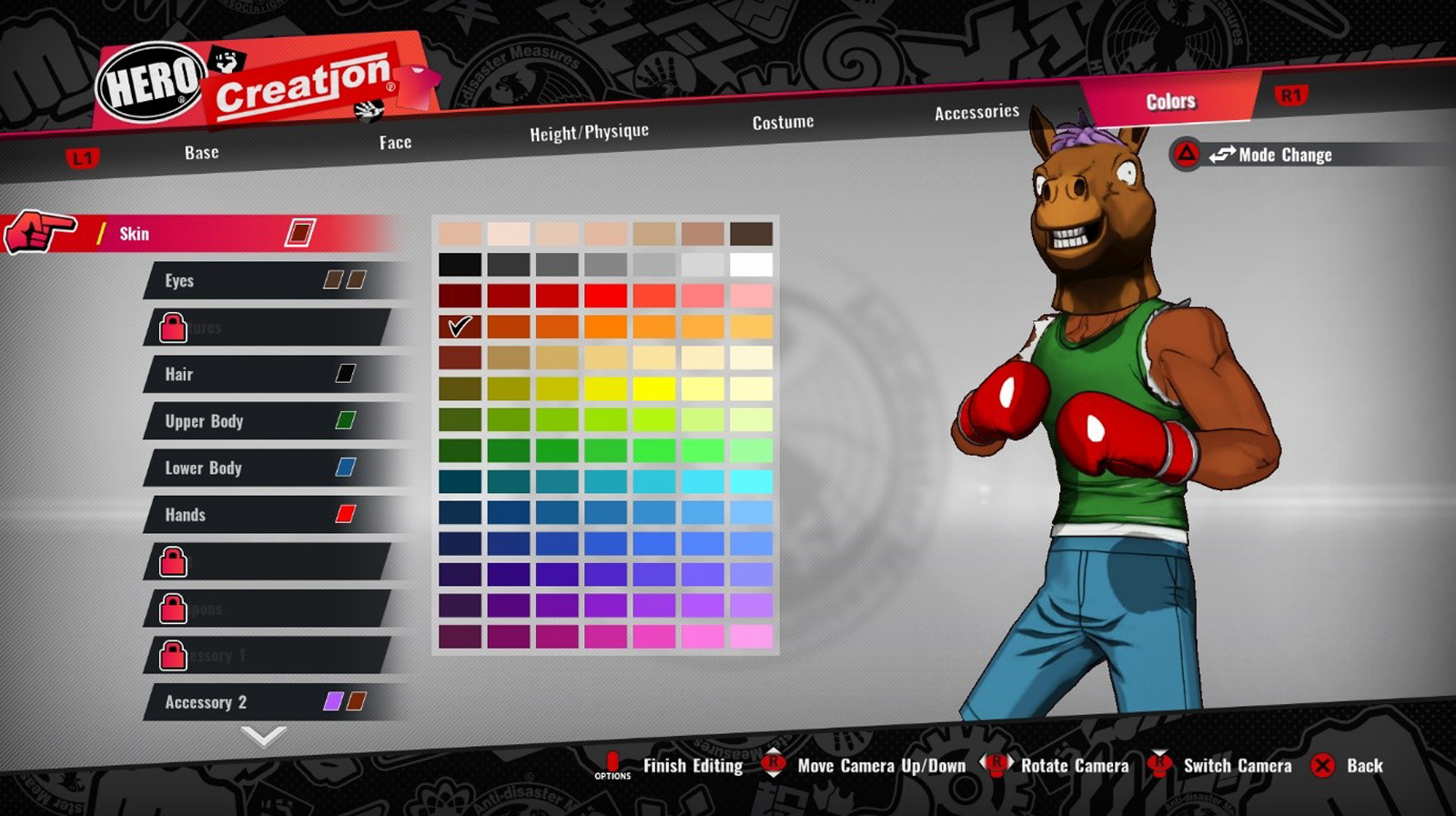 There are also some hidden gems in this game that I feel should get some credit. Your character has their own apartment which can be customized to your liking with furniture you earn and purchase. In the game you can also equip a wide range of items to supe up your character to help with in game fighting. This game also has so many random elements that will make you bust out laughing, leaving everyone in the room asking you if you are okay. I almost died one time because my character had a fish head. As the game progresses, the extreme level of character customization must be acknowledged. You can look as normal or as crazy as you please (I went for an angsty high schooler look). Finally, let’s not forget about the overall visuals of this game. They’re gorgeous and constant, which gives the game a streamlined feel, whether actually playing, or watching the cutscenes. 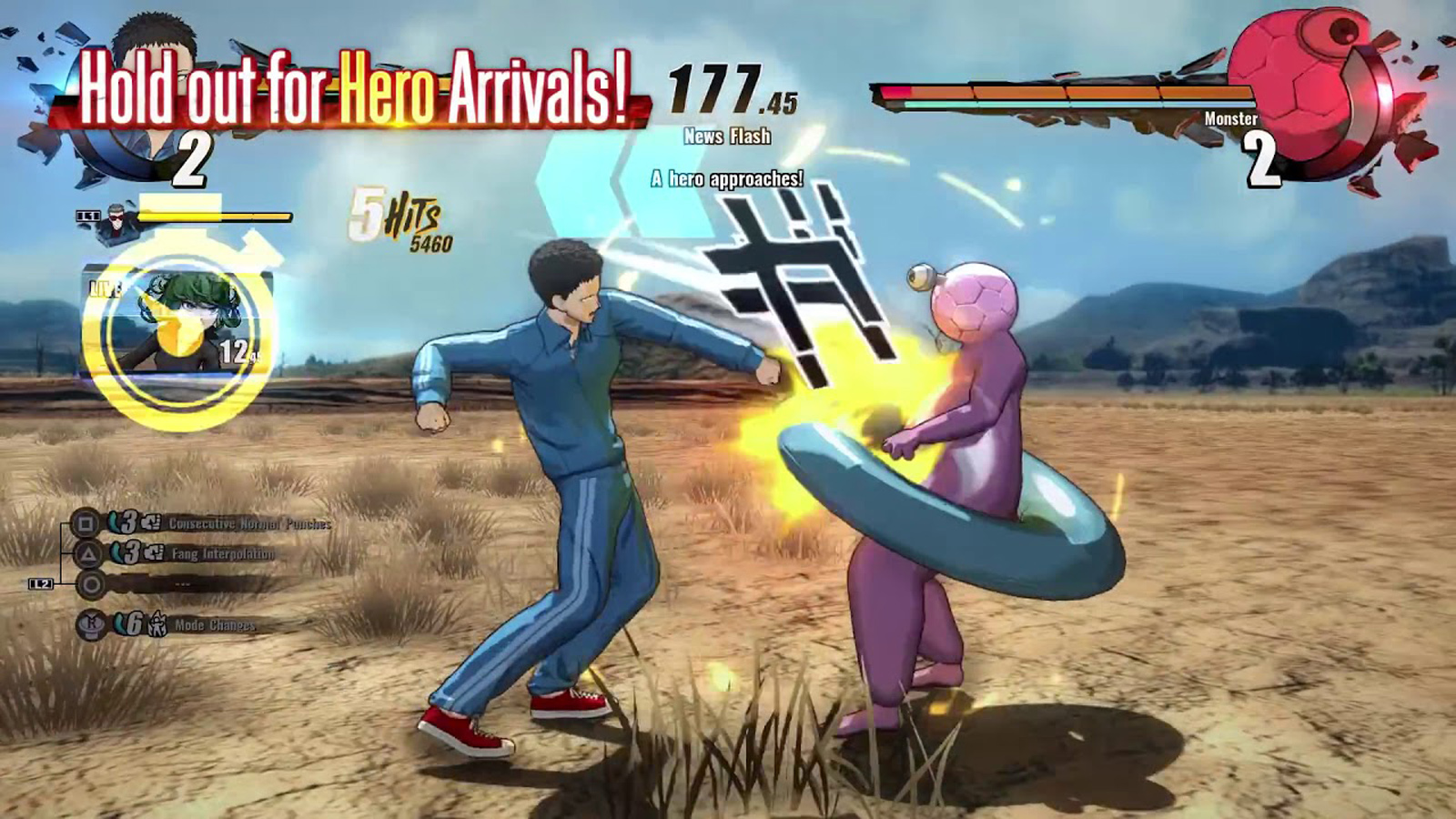 One-Punch Man fans have a lot to be excited about with this game and should definitely check it out! Even though the game is not centered around Saitama, it does closely follow the first few major story arcs in the manga, which makes this nerd very happy. The game is also simple enough for a young child to follow and enjoy (if the parent is okay with violence and chaos, that is).

One Punch Man: A Hero Nobody Knows

One-Punch Man fans have a lot to be excited about with this game and should definitely check it out! Even though the game is not centered around Saitama, it does closely follow the first few major story arcs in the manga, which makes this nerd very happy. The game is also simple enough for a young child to follow and enjoy (if the parent is okay with violence and chaos, that is). All in all, I give this game a 75 out of 100 for its easy to grasp combat system, endless player customization, and the beautiful visuals.

Gaming Trend Podcast hostess with the mostest. Erica has overseen many podcasts with great success, in her spare time she loves to cover conventions and travel. While see loves all video games she has a special place in her heart for retro gaming.
Related Articles: One Punch Man: A Hero Nobody Knows
Share
Tweet
Share
Submit