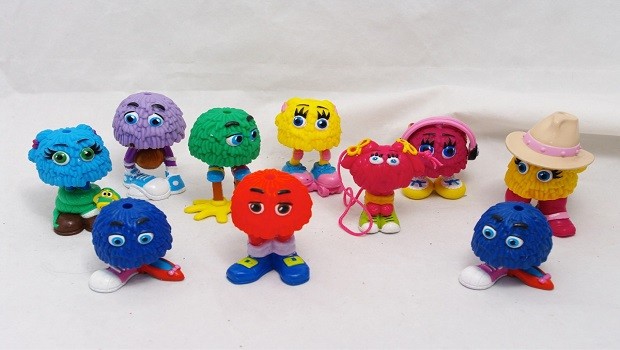 I first saw Badland on a demo iPad at an Apple store in the mall. I hadn’t decided whether the iPad was a gimmick, being simply a larger version of the device in my pocket, or something I would actually make use of. I recall sifting through various apps, thinking how it was neat that apps I used every day on my iPhone were more endearing on a bigger screen, but I still wasn’t convinced. When I finally landed on Badland, the gorgeous backgrounds and responsive touch controls were enough to push me over the edge.

The game is now available on Steam and it’s a fairly straightforward port job. It certainly won’t convince anyone to buy a PC, but it makes it through the jump while maintaining its reputation as a smart, beautiful, and fun, if elementary, platformer. It’s a joyous moment when, if a mobile game has to be adapted to PC, it’s done in a respectable fashion. If you don’t know what I’m talking about just spend 15 minutes wading through the lower rung of the Steam store.

In Badland you control a creature only referred to as a “clone”. The clones remind me of the Fry Kids from the McDonalds fast food restaurant chain, except swap the legs for wings. They’re cute little sonavaguns that have big eyes that react to the environment, like growing wide if they’re about to die or squinting when the clone bounces off a surface. It goes a long way towards making you care for an otherwise silent protagonist.

The goal in each level is to make it to the end – as it always is. Along the way you will pick up additional clones who behave identically depending on your direction. You only need one clone to survive in order to complete the level, but saving additional clones gives you more points, not to mention you won’t have to feel so bad for killing the poor things.

The challenge comes in navigating through the myriad of obstacles, most of which are about avoiding, and some about maneuvering through. The controls are simple – you press a single button that makes the clone thrust forward in the air, you also have the ability to thrust backwards if needed. The game controlled really well on a touch screen (when I played it on the iPad) and holds up equally well with a keyboard or gamepad.

You’ll gain speed the longer you fly undeterred through the air which makes you more likely to careen into a deadly object, so you’ll have to learn to manage your momentum. There are also environmental puzzles that force you to think quickly as there is always an invisible wall trailing behind you that will kill you if it catches up. The gameplay is an entertaining combination of action and critical thinking that I feel translates well outside of the mobile  environment.

The overall look and feel of the game also holds up well on PC. The user interface itself is clean and easy to navigate, although it would have been nice if they cut out the big social media icons that are so prominent in mobile games. The graphics look just as nice, which is not to say they impress on a technical level, but the pretty backgrounds and cutesy animations are enjoyable.

One of my favorite things about Badland is the sound, particularly the ambiance. For a game with a basic visual style that operates on a two dimensional plane, you’ll find yourself quite immersed in the game thanks to the level of detail in the audio.

In terms of multiplayer, Badland offers two options (both local only, there’s no online component): cooperative and survival. In cooperative mode, you can work together with a partner to survive through a series of levels together. If one of you dies, the other player will continue and can resurrect a dead player by finding clones along the way in the level. Only one person is needed to complete the level. In survival, you and up to three others must compete to survive the longest. It’s unfortunate that you can’t play these modes online because they’re a lot of fun, but if you have anyone willing to bundle up next to you on your PC, you’re in for some great multiplayer gameplay.

Whether you’re planning to play the game alone or with friends, Badland offers fun platforming that is challenging but not frustratingly so. It’s easy to pick up and play when you have a couple of spare minutes or for extended gaming sessions. Yes, it was originally a mobile title, but don’t don’t let that fool you into thinking it’s shallow.

I heartily recommend Badland to fans of side-scrolling platformers or anyone looking for a game that’s easy to pick up and play. There’s a fairly large collection of levels that will take a handful of hours to complete, and the multiplayer mode is fantastic if you have someone to play with locally. Everything that was great about the mobile version of Badland translates exquisitely to the PC.