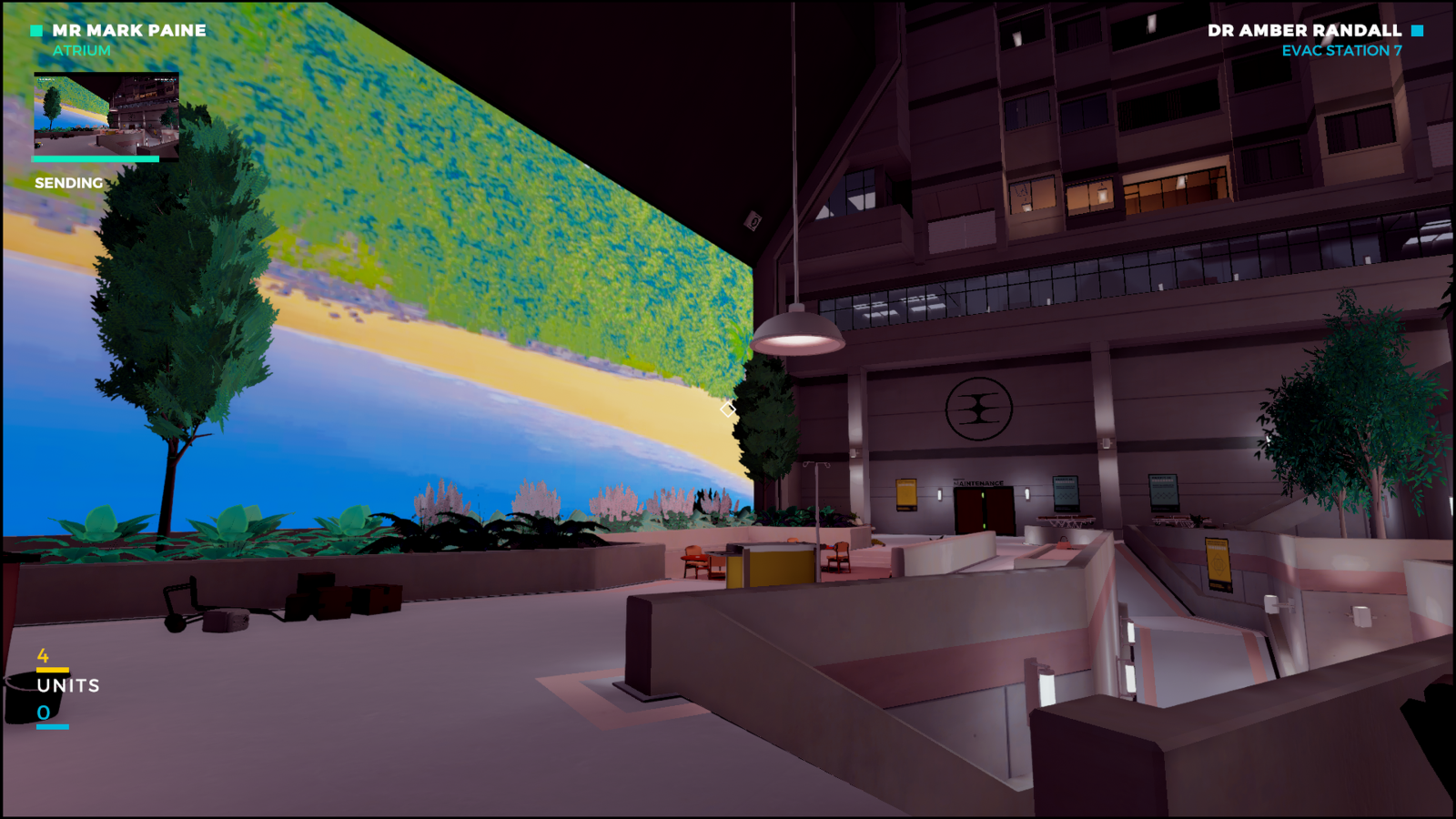 The idea behind The Bradwell Conspiracy is very interesting. You play as one of two people trapped in a strange museum and research lab. You can’t speak to the woman on the other end of your smart glasses, but you can send her pictures. In return, she’ll provide hints, help, and witty banter as you attempt to escape together. In addition to your new best friend, you also have a mysterious device that can recreate any object out of a substance called… Substance, as long as you have the blueprint. On their own, these two ideas could both become intriguing puzzle games, but put them together and you get The Bradwell Conspiracy, which is somehow less than the sum of its parts.

At the start of the game, you awaken in a mostly destroyed museum just outside of Stonehenge. Your special Guide glasses, provided by the museum, inform you that you cannot speak due to smoke inhalation. After trying and failing to find a way out, your glasses send a distress signal to the nearest recipient. This recipient happens to be Dr. Amber Randall, an employee of The Bradwell Foundation, who is also trapped in the museum. The first puzzle you are tasked with solving is opening a security gate which separates the two of you. Amber will send you a picture of her side of the security panel, and you have to figure out which button to press to sync up the two panels. It’s not complicated, and works pretty well as a tutorial. Unfortunately, puzzles never get much more complex than that, even when you add in the matter creation device. 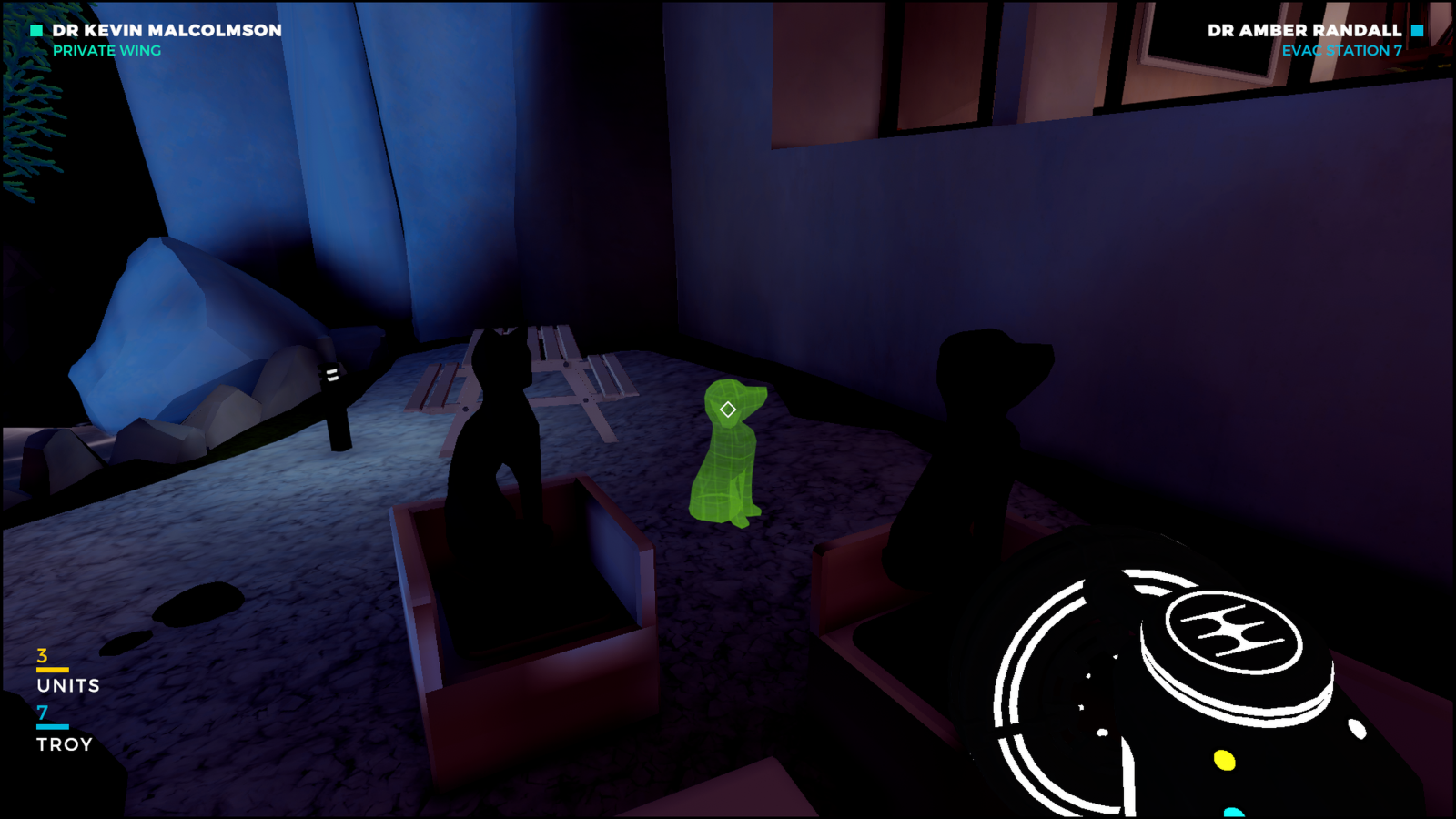 Narratively, the two of you are supposed to work together to unravel the mystery of the Bradwell Foundation and escape the museum, but it never really feels like it. There are a few bits where you have to, for example, take a picture of a door you want Dr. Randall to open or close for you from a control panel, but it never really extends beyond this. At most, she’s a hint system and an extra button to press. It’s a shame, because there’s so much potential in this concept, and the game seems content with just barely scratching the surface during its disappointingly short runtime. For the record, I’m perfectly fine with short games. I regularly check out releases on indie game site Itch.io and play a bunch of games that are five minutes or less. But those games explore their concepts fully or make a complete statement. In the handful of hours The Bradwell Conspiracy takes to finish, it feels like the puzzles were just getting started and all it really had to say was “Corporations Bad!” Which, while very true, isn’t really original nor does it tie into any of the game’s mechanics. I didn’t get to know my companion very well either, other than that she is pretty funny, yet by the end the game acts like the two of you are inseparable best friends.

Performance is the final nail in Bradwells unfortunate coffin. Running on a PS4 Pro, the framerate never manages to even hit its target of 30. About halfway through the game, I had to take a break because it was making me sick. Most textures are blurry and low quality, which is very bad when the game wants you to read a note someone left on their desk and I can’t make out what any of the letters are. In addition to these issues, I encountered several visual glitches like ripples in shallow water remaining and floating in the air after I had returned to land. The game has a nice, minimalist art style that is unfortunately difficult to look at in motion.

The Bradwell Conspiracy presents some interesting concepts and good humor, but all it really does is present them. Puzzles never get interesting or complex, performance is terrible even on an enhanced machine, and it’s too short to let its mysteries simmer.

David is the kind of person to wear his heart on his sleeve. He can find positives in anything, like this is a person who loved Star Fox Zero to death. You’ll see him playing all kinds of games: AAAs, Indies, game jam games, games of all genres, and writing about them! Here. On this website. When not writing or playing games, you can find David making music, games, or enjoying a good book. David’s favorite games include NieR: Automata, Mother 3, and Gravity Rush.
Related Articles: The Bradwell Conspiracy
Share
Tweet
Share
Submit