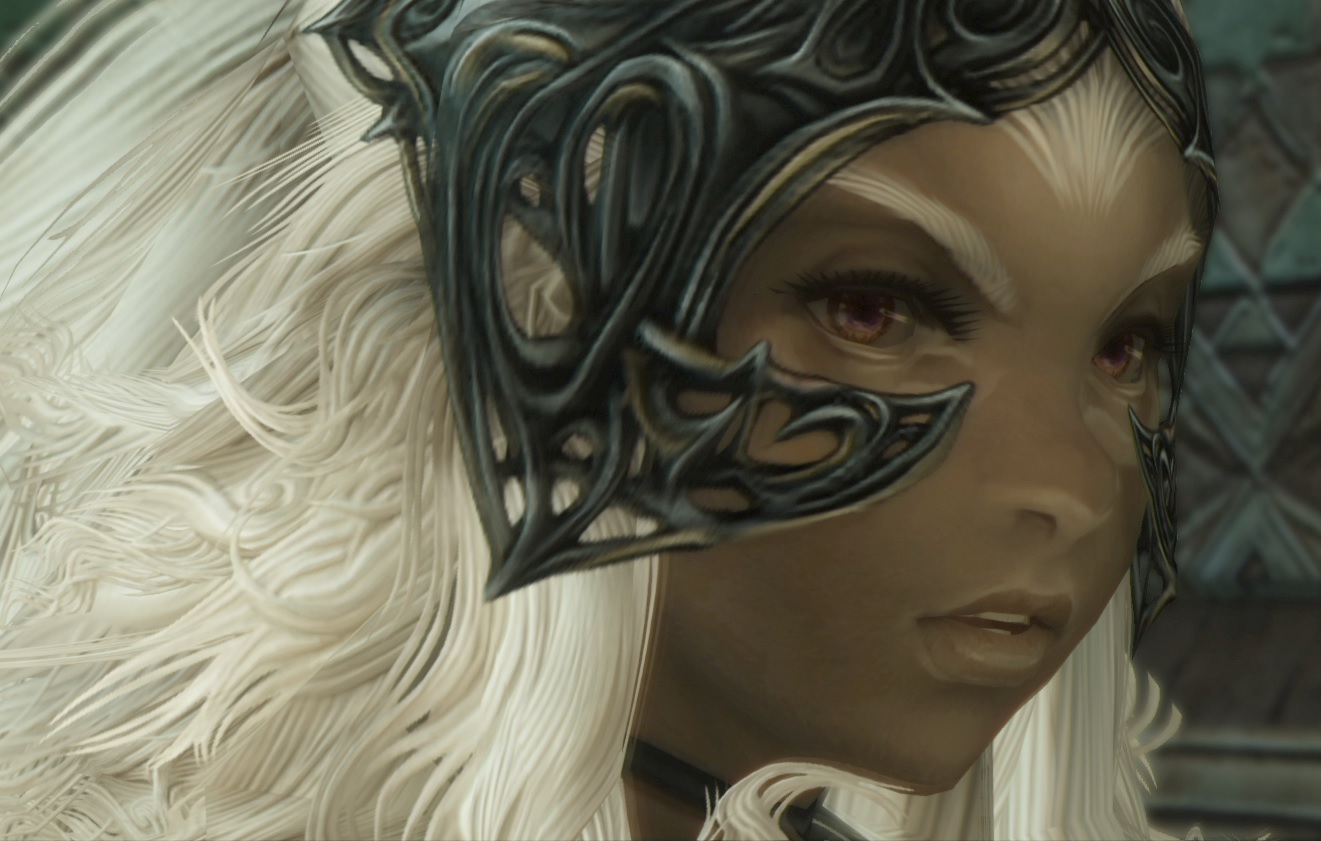 Remastered games typically get a fresh look and an express ticket to the shelf with little else to show for their new clothes. Square Enix has a tradition of adding extra things to each of theirs, adding a little bit each time to Final Fantasy remasters, but this time around they brought out far more than a bucket of paint.

Final Fantasy XII was released on the PlayStation 2 eleven years ago. Though universally praised for its innovative combat system, amazing graphics, and believable voice work, it was the compelling and extensive storyline that enthralled fans and critics alike.

If you’ve never played Final Fantasy XII, or would like to see the first 45 minutes of the game in motion, then look no further – below is a capture directly from this newest release:

First and most obvious is the graphical upgrade Final Fantasy XII has received across the board. All of the rough edges are gone, letting the fantastic art direction and detail shine through. Gone are the muddy character and background textures, removing the pallid haze that haunted the original release. Better still is the fresh color wash and improved lighting that brings out all of these details. Now you can even more clearly see the art team’s obsession with belts, both buckled and unbuckled, but certainly in bulk.

I was tempted to do a comparison video showing the differences between PlayStation 2 and 4, but user Cycu1 has already done the heavy lifting, as he has with pretty much every remaster release that has hit the shelf. Rather than describing them in painstaking detail, why not see for yourself below?

Beyond the improved graphics (and they do age very well), the game benefits greatly from the expanded power of the PlayStation 4. Gone are the ten second load times, replaced by a near instant transition between areas. It took almost 100 hours to beat Final Fantasy XII (sidequests included) when it was released on the PlayStation 2, but eliminating the loading sequences has shaved at least a dozen of those hours right off the top.

Another time-saving feature that has been included in previous Final Fantasy remasters is the speed system. With the press of a button, the game’s speed either doubles or jumps to 4X speed. This feature is even more useful in Final Fantasy XII: The Zodiac Age thanks to the Gambit system.

The license board. You’ll spend some time here, but it’s vastly improved.

For those new to the game, rather than the traditional turn-based or semi-realtime JRPG formula of previous games, Final Fantasy XII lets the AI handle the heavy lifting with something called Gambits. Gambits unlock a boolean-style scripting engine that guides all of the characters, including the party leader if you so desire, to attack, heal, or react in certain ways. You can, of course, still pause and issue individual commands or take control of a character directly, but it’s incredibly satisfying to see your entire crew unleash a well-balanced assault. Gambits, when combined with the 4X speed feature, create a method of reducing level / loot grinding to a nearly automated process. As you can see in this video below, it takes just a few minutes to steal a ton of loot, pick up hundreds of XP, and create a large pool of License Points for use in the International Zodiac System.

If you have no idea what the International Zodiac System is, then you didn’t get a chance to see the Japanese release of Final Fantasy XII. In the North American release of the game, a hotly-debated license system was introduced, asking players to, as an example, purchase a spell as well as a license to use it. The board was dauntingly large, letting players wander off the beaten path a bit, but ultimately locking them into their chosen profession. Fran will be an Archer at heart, even if you also make her a Black Mage. The International System breaks the mold entirely.

In the International System, before you spend any license points to learn skills you’ll have to choose a class. Archer, Black Mage, Bushi, Foebreaker, Knight, Machinist, Monk, Red Battlemage, Shikari, Time Battlemage, Uhlan, and White Mage round out a selection wheel, with a short description of the role next to each. This locks your character into a path for about 30 levels (specifically, when you obtain your first Esper), but at that point you will unlock a second job class. It seems like a minor improvement, but it creates gameplay paths reminiscent of games like Final Fantasy III, V, or Tactics that neither of the original versions had, and can dramatically change your combat approach.

While Game Director Takashi Kitano was quoted as saying they rebalanced the game to account for the revamped job system, in practice I found it occasionally comically unprepared. Perhaps my OCD caused me to overlevel, but when I slaughtered a Judge, an Ancient Wyrm, and other bosses before they took a single step, it suggests the new system is perhaps overpowered. Either way, since this is my third run through the game, I was here for the story.

Judges. Still not your friend.

Rounding out the nods to the International edition of the game, there is a toggle to enable Japanese voice tracks. It’s neat to experience, and there’s a segment of fans that will have a deep appreciation for its inclusion. Additionally, music, sound effects, and voice volume can be adjusted individually, which helps for those of us with hearing issues.

There is one exceedingly welcome change present in Final Fantasy XII: The Zodiac Age — a far easier road to get the Zodiac Spear. In the previous release, players had to refrain from picking up specific (and impossible to identify without a guide) treasures throughout the game to get the most powerful weapon in the game — the Zodiac Spear. That arbitrary restriction has been thankfully removed, letting players loot to their heart’s content and still obtain this powerful relic.

Rounding out the host of new features in Final Fantasy XII: The Zodiac Age is the Trial Mode. At any point you can load in your team from a save file and tackle a wave-based series of fights. It starts off easy enough, throwing a smattering of garden variety beasties at you, but soon enough you’ll face massive bosses from the later stages of the game as well. It’s a great way to test out your selected classes and Gambits, and best of all, you’ll keep what you collect and bring it into your single-player game. This is a surprise cross-over, and another interesting way to alleviate the grind. That said, as you can see in the video below, it’s anything but easy.

When I tackle remastered games for review, it’s not often I complete them again — there’s simply not enough time in the day, and most are entirely cosmetic. That said, you are absolutely right that I happily finished Final Fantasy XII: The Zodiac Age. Thanks to the new job system, there’s a pretty good chance this won’t be the last time.

Stunning graphical overhaul aside, Final Fantasy XII: The Zodiac Age delivers several gameplay-improving mechanics never seen in North America. While balance is still occasionally wobbly, there’s no doubt that Final Fantasy XII: The Zodiac Age is a masterclass in the light but deliberate touch necessary to take something great and make it even better.

Ron Burke is the Editor in Chief for Gaming Trend. Currently living in Fort Worth, Texas, Ron is an old-school gamer who enjoys CRPGs, action/adventure, platformers, music games, and has recently gotten into tabletop gaming. Ron is also a fourth degree black belt, with a Master's rank in Matsumura Seito Shōrin-ryū, Moo Duk Kwan Tang Soo Do, Universal Tang Soo Do Alliance, and International Tang Soo Do Federation. He also holds ranks in several other styles in his search to be a well-rounded fighter. Ron has been married to Gaming Trend Editor, Laura Burke, for 21 years. They have three dogs - Pazuzu (Irish Terrier), Atë, and Calliope (both Australian Kelpie/Pit Bull mixes).
Related Articles: Final Fantasy XII: The Zodiac Age
Share
Tweet
Share
Submit