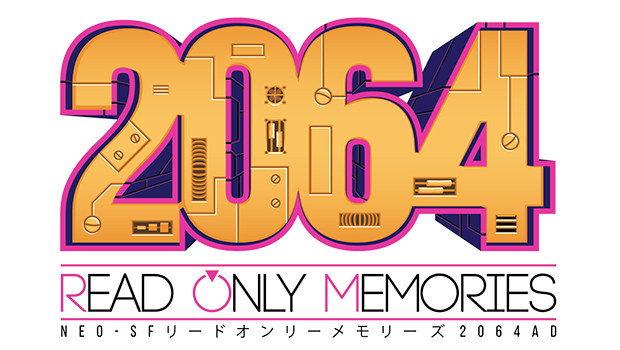 Read Only Memories is a delightful retro-inspired game exploring artificial intelligence, the future of technology, and what it means to be human. Confronting several current social issues as well as exploring potential future ones, Read Only Memories puts you on a quest to solve a complex mystery involving missing persons, conspiracy, and murder alongside the world’s first sapient machine. The newest expansion, 2064: Read Only Memories, further opens up the world of Neo-San Francisco with voice acting, expanding upon puzzles, and adding the post-gameplay chance to chat with your favorite characters.

Read Only Memories began as a Kickstarter project, and its successful funding resulted in a delightful point-and-click adventure game. You average life is turned upside down when you awake to find Turing, a custom Relationship Organizational Manager (ROM), requesting your help in locating their kidnapped creator. Your quest to help Turing find Hayden, who happens to be an old friend, launches you into the heart of a complex and dangerous investigation. The choices you make, you ability to solve puzzles, and the way you interact with others has a real impact on a world filled with corporate agendas, augmented humans, and the emergence of genuine artificial intelligence.

Turing is very expressive, well animated, and pretty adorable all around

With an average playtime of around eight hours, Read Only Memories comes loaded with enough options keep completionists playing again and again, exploring every line of the game’s dialogue, the various ways which scenarios can play out, and, of course, unlocking the game’s multiple endings. It’s difficult not to wonder how differently a scene can end and the rewards you can unlock depending on the choices you make, though I have not yet brought myself to go down the “Be a complete jerk to Turing” path just yet; I’m not sure there’s any Steam reward worth breaking their little cybernetic heart.

The point-and-click format works well for this story and its many, branching paths and options. The simple interface can be deceptive, puzzles can be surprisingly tricky, and  the story is quite dark at points. The ability to rapidly click through conversations you have already experienced makes it easy to quickly access new options during replays. Will you go to all the effort of distracting a secretary, or just tase her and rush forward? How will this decision impact the following events? The various conversions and options in Read Only Memories are different enough to make replays satisfying, and finding that one, incredibly witty bit of dialogue is delightfully rewarding.

The cast of characters and their intertwining web of relationships within the game is another fascinating element. Not all characters are friendly or eager to help. Many have their own agendas, some need some strong persuasion to help your cause, and some just have a grudge against you from the start. Earning the trust and friendship of these difficult characters can be very rewarding. Getting them to reveal more about their relationships, such as the detective who previously dated your sister, and the teenager who turns out to be the son of one of the Human Revolution organization, a political activist group, helps to make Neo-SF feel like a real, interconnected community.

While the game has a strong social message, it is nicely woven in with the main plot of the game. As human augmentation, both through cybernetic implants and gene therapy have become common, corporations, human interest groups and even the government have all begun to weigh in on what it means to be human, as well as what parts of augmentation and gene therapy can be copyrighted and regulated once implanted in a human. This has resulted in intense debates and protests regarding issues such as reproductive rights in augmented humans. Among this backdrop, where each person has easy access to altering their body and mind, the idea of someone forging their own identity as a cyborg, genetically altered human, or even wishing to be referred to as ‘they’ instead of the typical he/she pronouns does not feel at all out of place. With that said, I became a little impatient with the many options involved with setting up my user profile within the game, and this may have resulted in my inputting “D***IT, TURING!” as my dietary preference.

You’ll meet all sorts characters in Read Only Memories, and many will be frequenting the Stardust bar

With the current debates about who should be allowed to use which restrooms and who can and can’t join the Boy Scouts of America raging within our present society, and technologies such as nanobots and immersive virtual reality simulations on the horizon, it’s easy to imagine that the kinds of discussions posed in Read Only Memories are not far off.In a world filled with hidden agendas both large and small, what you know and who you know will often prove to be more important than how much money you have, so it pays to look at everything and chat with everyone. Fortunately, that’s not hard to do, as locations are varied and detailed, and characters cover a wide range of opinions and outlooks, ranging from Brian Mulberry, the peaceful yet preachy protester who encourages everyone to reject augmenting their bodies in any way, to Jess, a guarded, surly feline young woman who sees anyone without augmentation as the enemy. These diverse characters come together with truly stellar voice acting to create a host of personalities that you can’t help but want to get to know more about.

Not a sequel but rather an expansion, 2064: Read Only Memories does even more to help you get lost in the world of Neo-SF. A stellar cast of voice actors delivers the games many quips with a punch, even if the voices of Turing and Tomcat do not match up with the voices I invented for them in my mind. While the expanded puzzles are nice, I found the most exciting part of the expansion to be the added post-game. The ability to follow up on your old friends and see how they’re getting on after the dramatic events of Christmas Eve in Neo-SF is delightful, and I really did want to know what trouble Chad and Oliver plan on getting into, and what snarky comments Jess has waiting for me.

2064: Read Only Memories is a free expansion to the original game, available on Steam for $19.99. With a cyber-punk setting and a retro vibe, Read Only Memories is filled with a host of interesting and colorful characters to get to know, a complex and escalating mystery to navigate, puzzles to solve, and a sinister plot or two to overthrow, making it a great investment for fans of the point-and-click adventure genre.

Best known online as damphyr, Kay Purcell is a purple haired popular culture expert and San Diego Comic-Con panelist who spent fifteen years as as a Senior Community Manager and Brand Writer for DeviantArt. An avid shiny Pokemon hunter, she has a habit of nerding out over video games, cats, VR, and geek culture.
Related Articles: 2064: Read Only Memories
Share
Tweet
Share
Submit