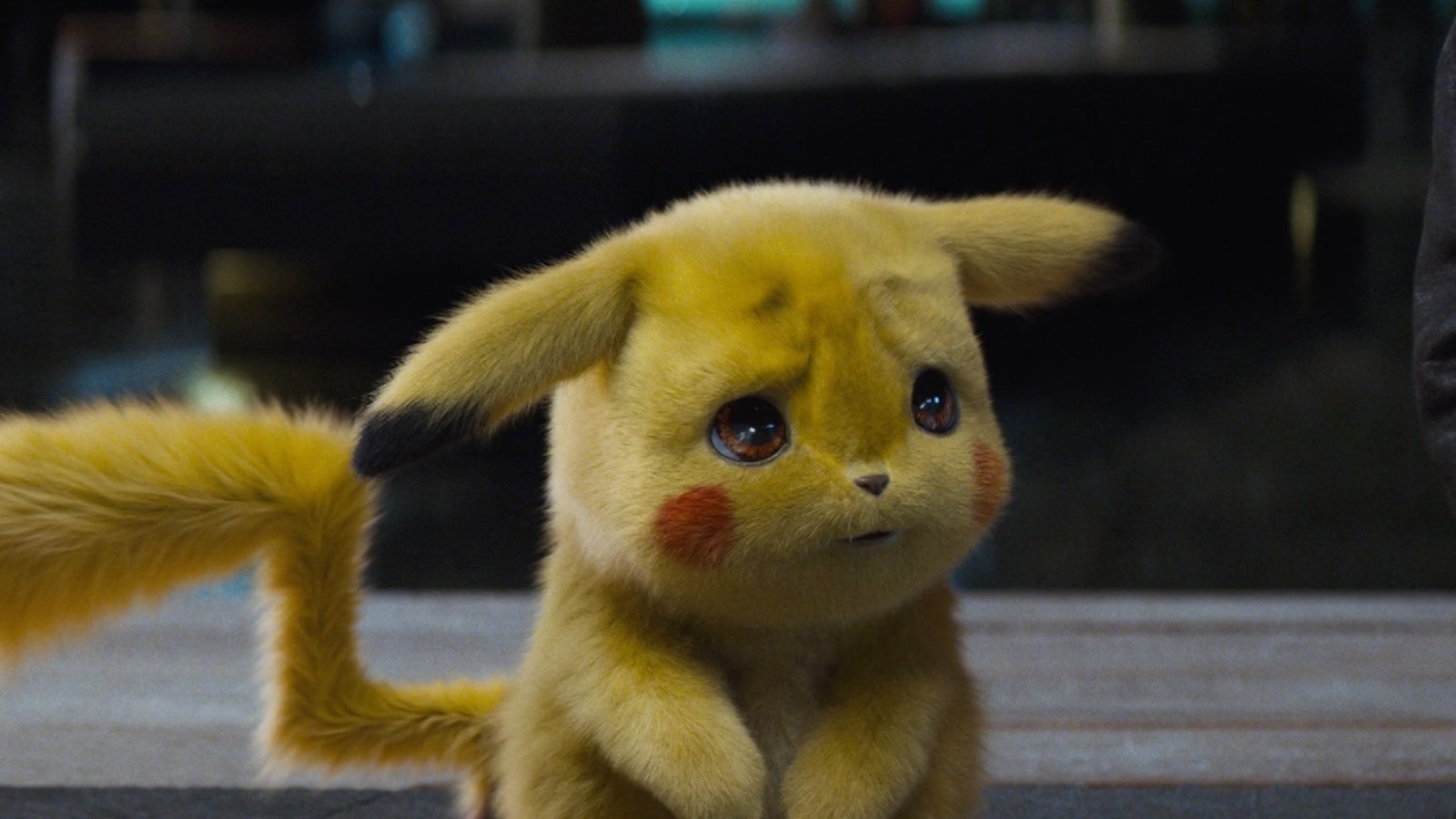 From late-night guilty pleasures to disastrous abominations, the track record of live-action video game film adaptations have consistently been horrible. While there have been some great animated video game films (such as The Angry Birds Movie and Professor Layton and the Eternal Diva), the transition to the silver screen usually means a lot of elements get lost in translation. Thankfully, Pokémon Detective Pikachu seems to have finally bucked the trend of terrible video game live-action films and becomes a functional children’s film that will appeal to fans and casual moviegoers alike, with some great designs and amazing chemistry with the film’s leads. 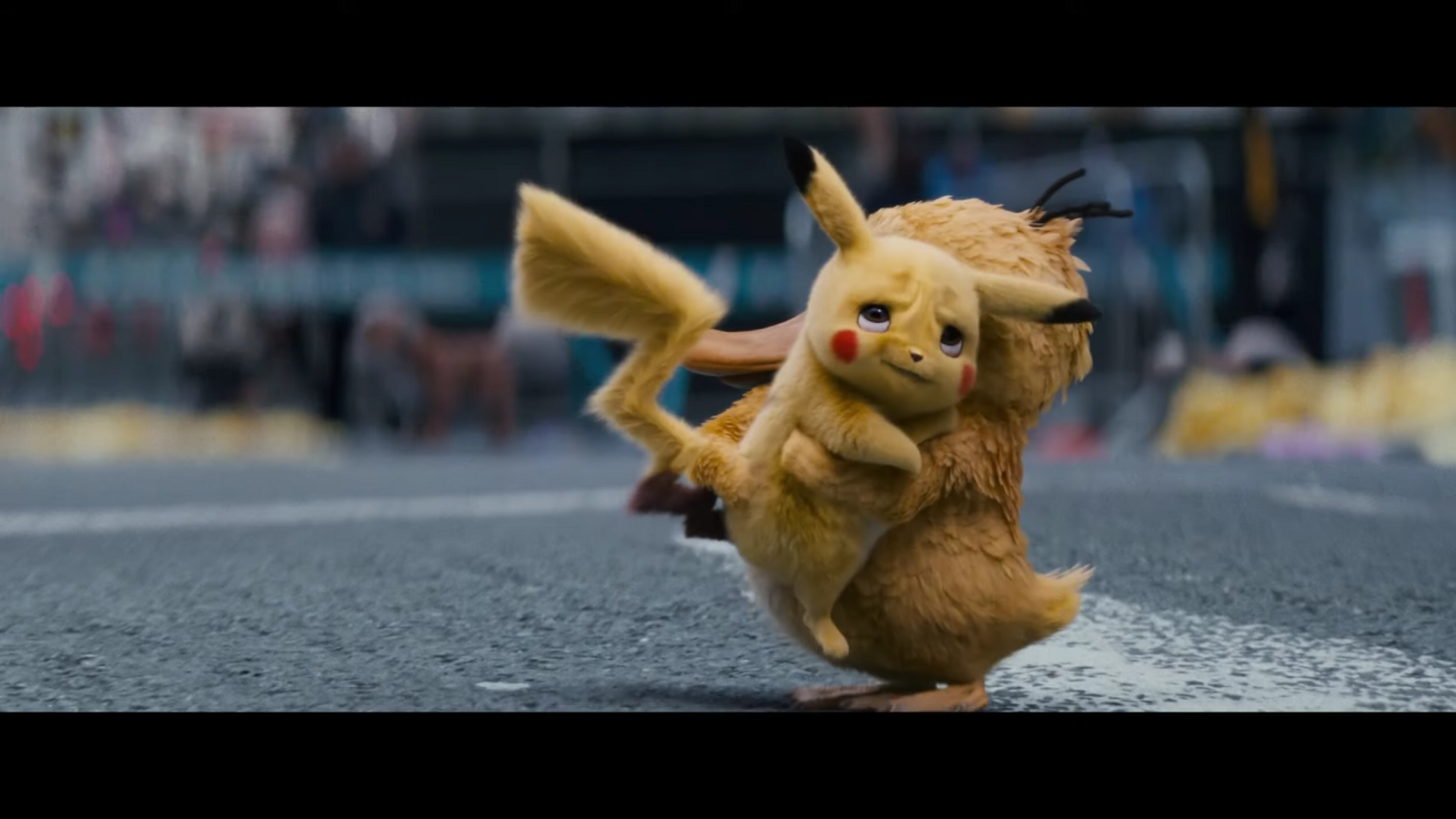 Pokémon Detective Pikachu stars Justice Smith as Tim Goodman, who heads to Ryme City to investigate the mysterious circumstances regarding his father Harry’s death. This place is unique from the rest of the world as it has Pokémon out in the open, rather than contained in Poké Balls. On the way to Harry’s office, Tim encounters a small Pikachu (voiced by Ryan Reynolds) that has amnesia; he reluctantly forms a partnership with Pikachu to find out the truth behind his father’s death and Pikachu’s amnesia. Throughout their adventure, they also investigate the emergence of the chemical gas R, which is causing Pokémon to go wild temporarily when inhaling it. Will the duo figure out the mystery, or are the revelations too shocking to deduce?

For a film that touts Pikachu in the title, Detective Pikachu is oddly absent for about the first 15 minutes of the movie; it’s here where the movie’s strengths and weaknesses are apparent. We get to see some worldbuilding with regards to the Pokémon themselves (as well as some deviations to the turn-based battles we know and love), and the designs are different than usual, yet uniquely charming. The opening act includes a funny little encounter with a Cubone (complete with “dead mother’s skull” reference!), and Pokémon like Aipom and Snorlax populating the world of Ryme City. These models are simultaneously appealing and realistic, and it’s a technical marvel to see how a live-action Pokémon film adapts its animated source material. While some models do look rather creepy, in-universe it feels fitting. The cries and interactions between Pokémon and humans are downright adorable, and the audience in my theater was amazed at the overall aesthetic for most of the creatures. 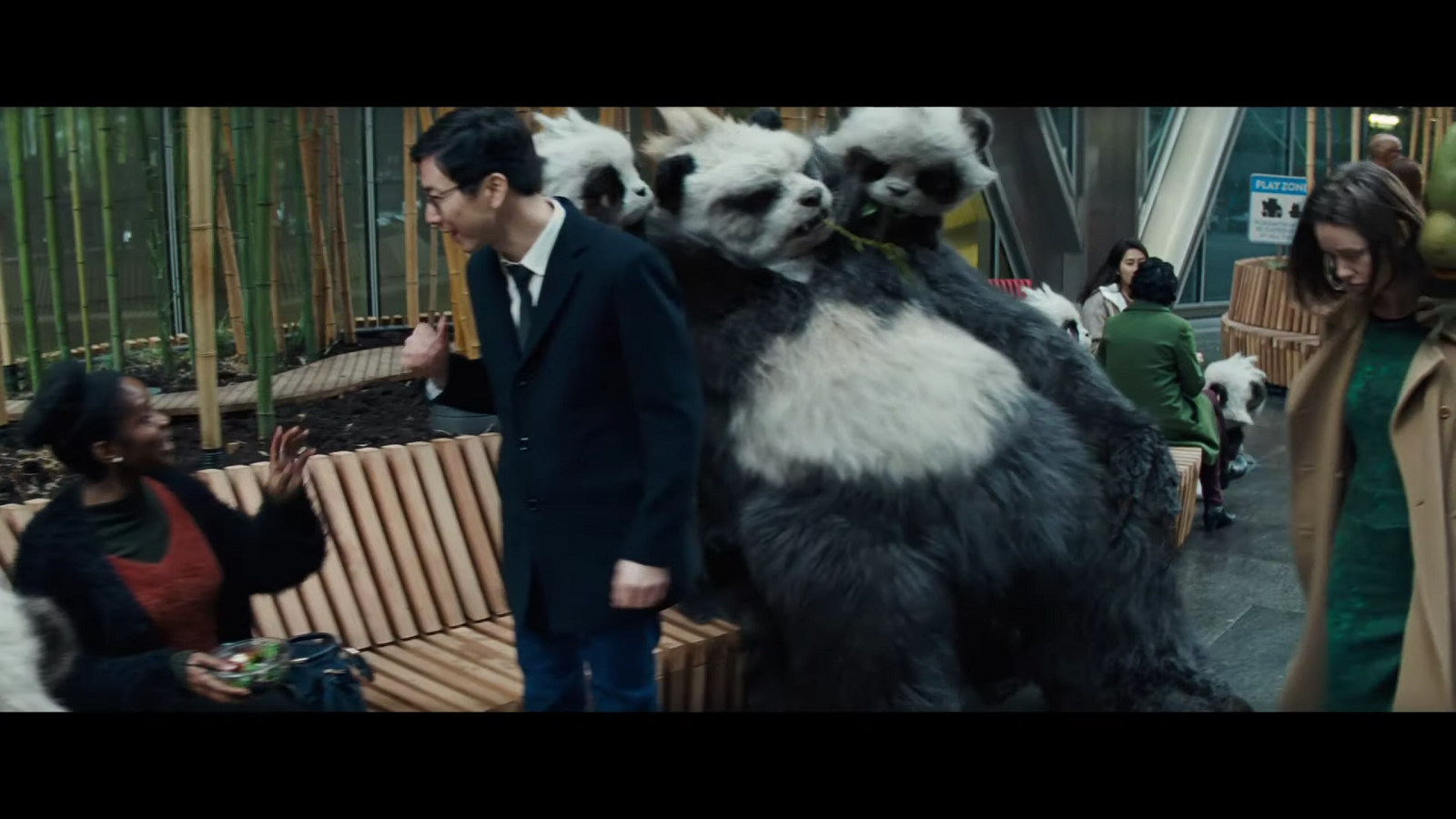 Sure, the screentime for most of the Pokemon isn’t too much, but dang do these look cute.

That being said, while the Pokémon themselves are the strongest point of the movie, the human actors give off less charming performances. Other than Justice Smith, the acting ranges from affably evil and hammy (in the case of some of the villains in the movie) to generic and uninteresting (basically the rest of the supporting cast). The hammier performances do lend some charm to the overall feel of the film that redeems the uninteresting ones, however. Justice Smith himself doesn’t really stand out of the cast, being the world’s straight man to the rather wacky premise; as such, he offers a slightly dull performance in key moments.

However, perhaps the best part of the movie in terms of characterization is the loving bond between Tim and Pikachu. Reynolds sells an engrossing deeper-pitched rodent, and it works extremely well. I’m telling you right now, had Pikachu been voiced by literally anyone else (with the exception of Danny DeVito, maybe), the relationship between him and Tim would fall flat. That being said, Reynolds does a convincing job and nails his lines perfectly; while there are some times when he just won’t shut up in tense moments, he provides comic relief and, oddly enough, heartwarming moments to the narrative. 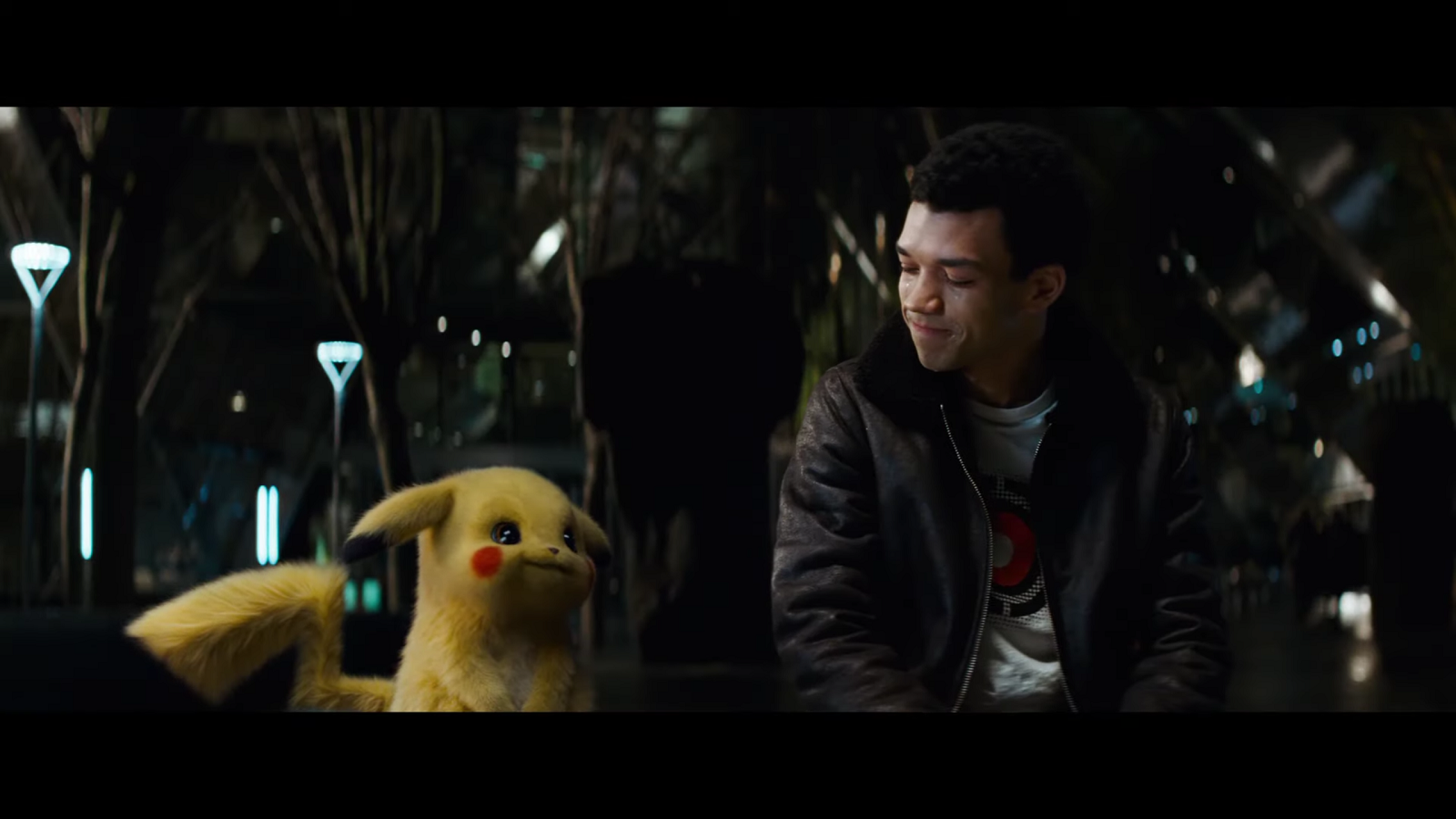 Not gonna lie, this matches the friendship dynamic of Ash and HIS Pikachu.

Clocking at a little over an hour and a half, Pokémon Detective Pikachu does run at a decent clip. However, it does suffer from some pacing issues that can make the first half feel like it’s dragging on. This also makes the second half of the film (of note the third act, which is utterly bonkers) feel like a Quick Attack in comparison, with the conflict and resolution occurring too quickly. However, it was enjoyable all around, and I didn’t feel bored with it at any time. As mentioned before, the third act plants itself in “cheesy B-movie” territory, and legitimately feels like the best parts of the Sharknado series at times (I mean this in the best way possible). It dips into cliché territory with its twist revelations, but it does so in such a way that it feels appropriate for a kid’s film.

And here’s the part that makes Pokémon Detective Pikachu shine: It makes its entertainment and fun inclusive to everyone watching it. Fans will love the numerous references to their favorite Pokémon in group shots (I did hear “I have that Snubbull at home!” when said Pokémon showed up in the film), and the fanservice doesn’t let up. However, it also makes most of its jokes and emotional moments accessible to those that haven’t picked up a Pokémon game, and relies on generally humorous moments rather than reference comedy. 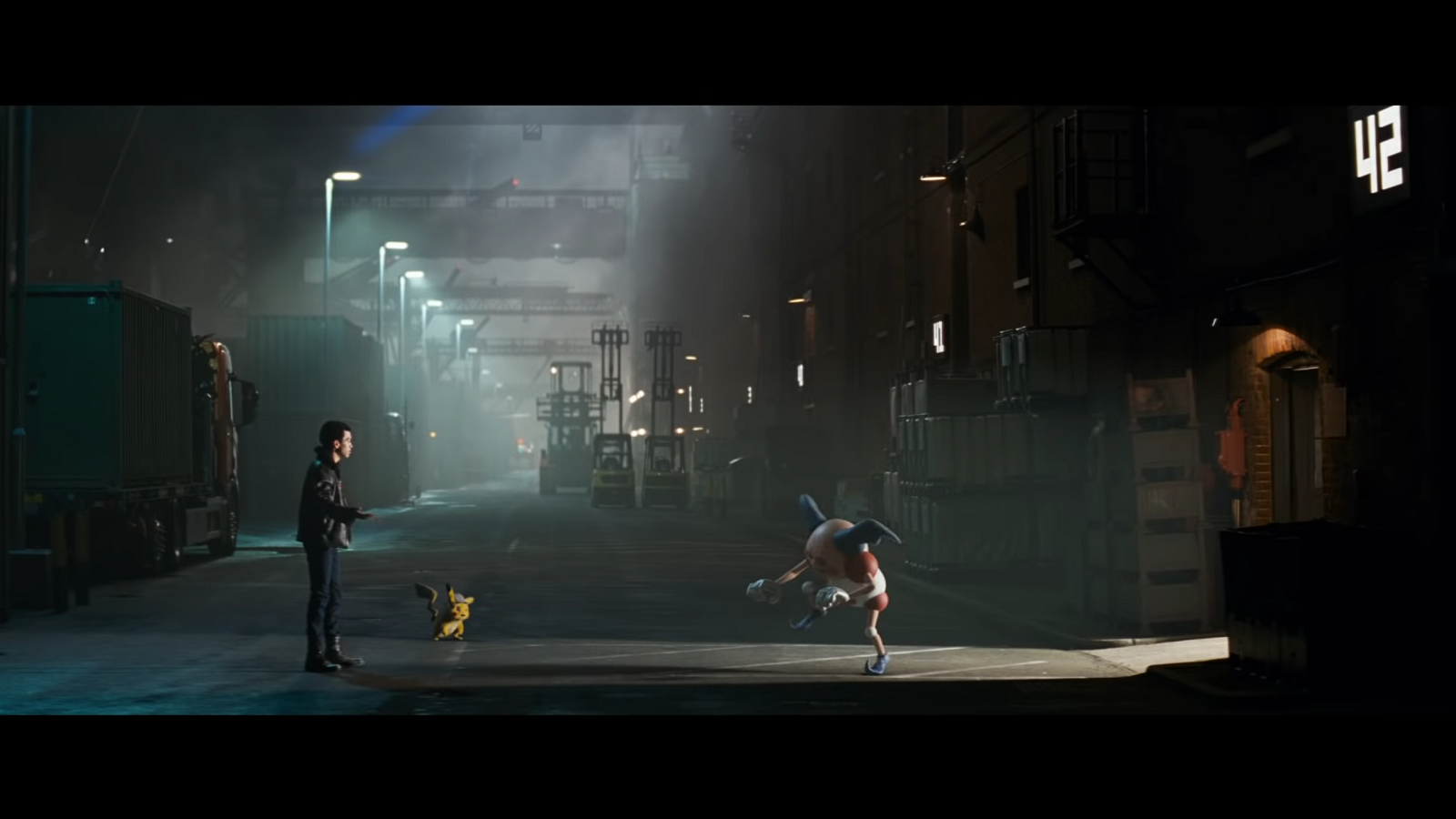 While action scenes are prevalent in second half of the film, there aren’t any traditional battles, as this is a loose adaptation of the 3DS adventure game rather than the turn-based RPGs (though a Pikachu vs. Charizard fight in the middle of the film does reference movesets and weaknesses a la the mainline games). It’s not a detriment to the film itself, it seemed like the tone of the film was going different directions pretty quickly. While I would recommend it as a children’s film, some of Reynold’s lines and visual gags made it feel like a PG-rated Deadpool (Pikachu swears twice in the film, and there are a couple of scenes that made it feel like a horror movie with claustrophobic settings and obligatory jump scares). 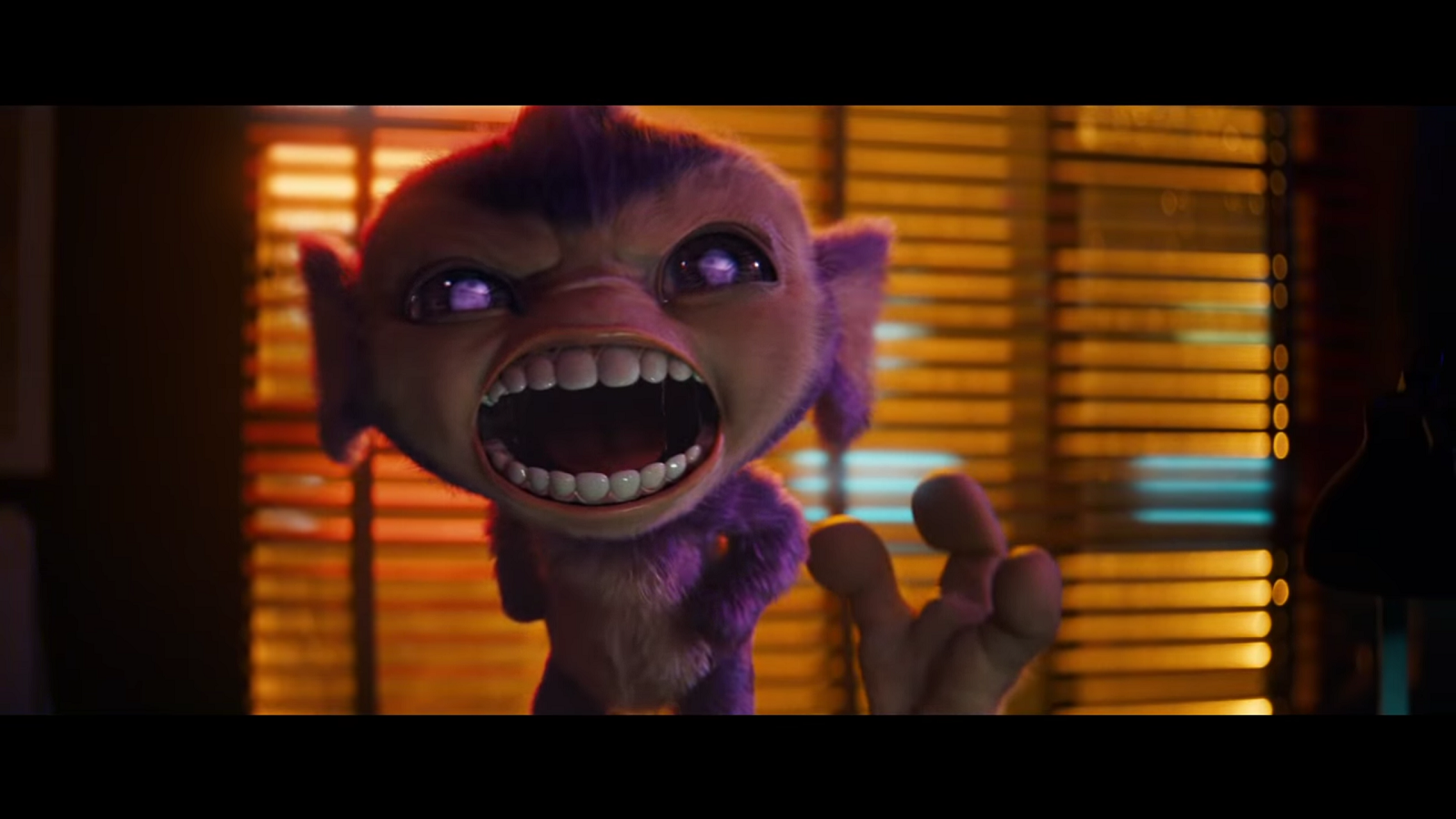 I’m gonna see that one in my nightmares for a bit.

That said, there really is something for everyone, but it doesn’t water the content down for the general public or cater exclusively to die-hard fans of the series. If future video game adaptations follow suit with how Pokémon Detective Pikachu handles fanservice, we’re going to be in a golden era for the genre.

Pokémon Detective Pikachu is the best live-action video game adaptation ever, and I’m saying that without hyperbole. While it has a few missteps in terms of acting and pacing, it’s still a great time, especially for those who’ve grown up with the series since day one or kids who just want to see their favorite Pokémon on the big screen.

Elisha Deogracias is an aspiring accountant by day, freelance writer by night. Before writing for Gaming Trend, he had a small gig on the now defunct Examiner. When not being a third wheel with his best friends on dates or yearning for some closure on Pushing Daisies, he's busy catching up on shonen manga and wacky rhythm games. Mains R.O.B. in Smash. Still doesn't know if he's a kid or a squid.
Related Articles: Culture, Pokémon Detective Pikachu
Share
Tweet
Share
Submit