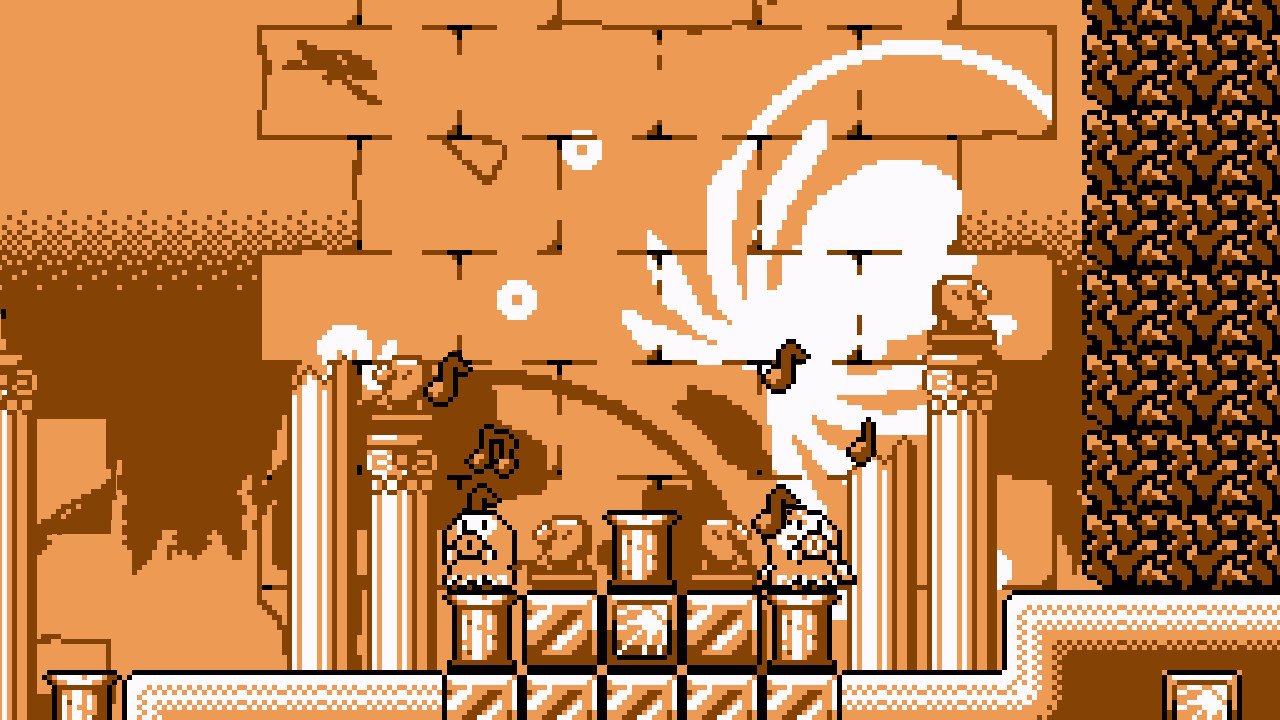 In terms of platformer comfort food, the Kirby franchise is my go-to when I want some relaxing, fun gameplay. The first game of the series, Kirby’s Dream Land, was a simple platformer (he didn’t even have his trademark copy ability here) that worked tremendously well on the original Game Boy, and I had some great times with the short experience. It’s this style of platformer that Nicalis’ Save Me Mr. Tako: Tasukete Tako-San has in mind, and it’s a passable platformer with some unique style, yet has a host of issues that bog the experience down. 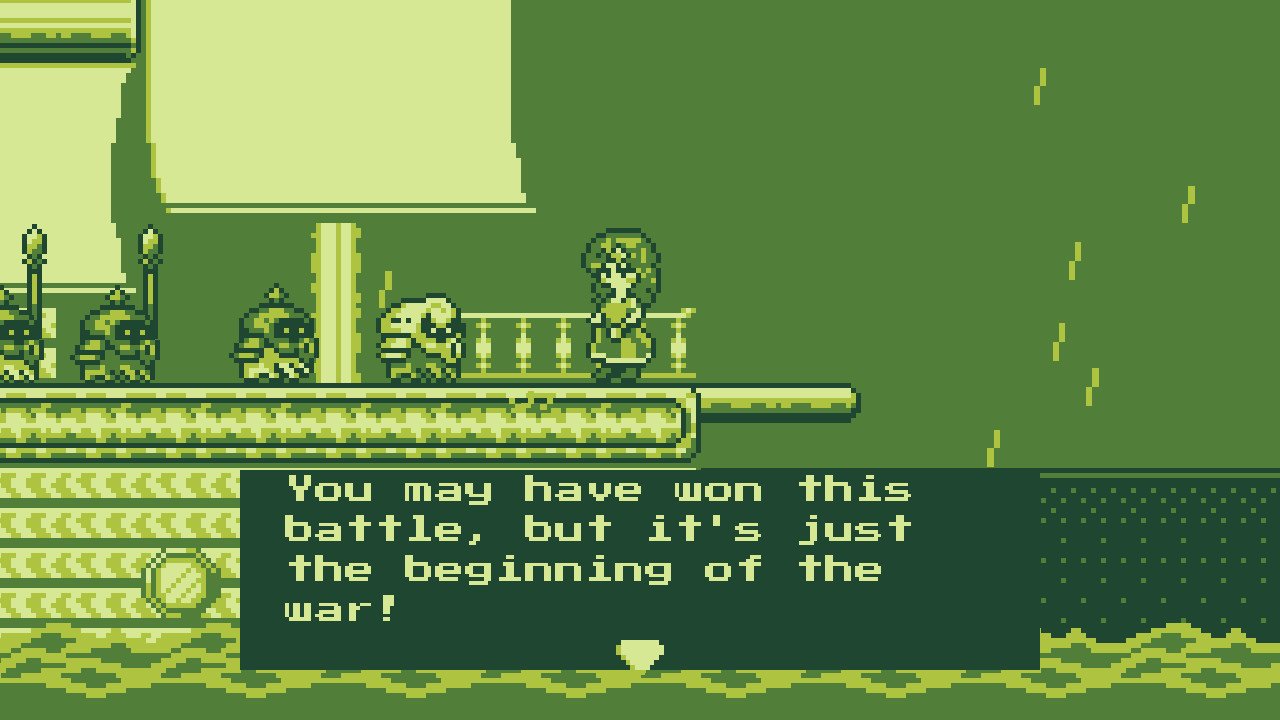 If there’s one thing I appreciate about the Kirby games, it’s that they have some really sinister plot points hidden within their endgames. From Dark Matter to O2, it’s this jarring change of atmosphere that is a hallmark in the franchise. Save Me Mr. Tako is in a similar boat, as it chronicles the story of our hero Tako as he tries to assist the humans in a war against the octopi of the sea. His brother Bako (creative name, huh?) chides him for this, and the two species constantly attack each other. For a game rated E10+, there’s quite a few dark events within; it’s not overly grimdark like Sonic Forces, but it does create urgency for Tako to succeed in his quest to save everyone.

Developer Christophe Galati was aiming for a sleek retro style, and Save Me Mr. Tako nails it perfectly. The game feels like an authentic Game Boy title, complete with changeable color filters should you prefer something other than the monochromatic, greenish tint of the original graphic set. The pixel art is distinct and works really well on the Switch, and enemy designs pop too. I felt right at home with the character design, and Tako himself is a pretty cute character to control. The soundtrack is pretty awesome too, with the chiptunes here being a great complement to the pixel art. I really loved the presentation, and it all runs smoothly whether you’re in handheld or in docked mode. Personally, I liked playing the game in handheld mode, as the game feels at home playing on a smaller screen. There’s even a mock Gameboy startup screen that pops up every time you boot the game, and I really enjoyed that touch. 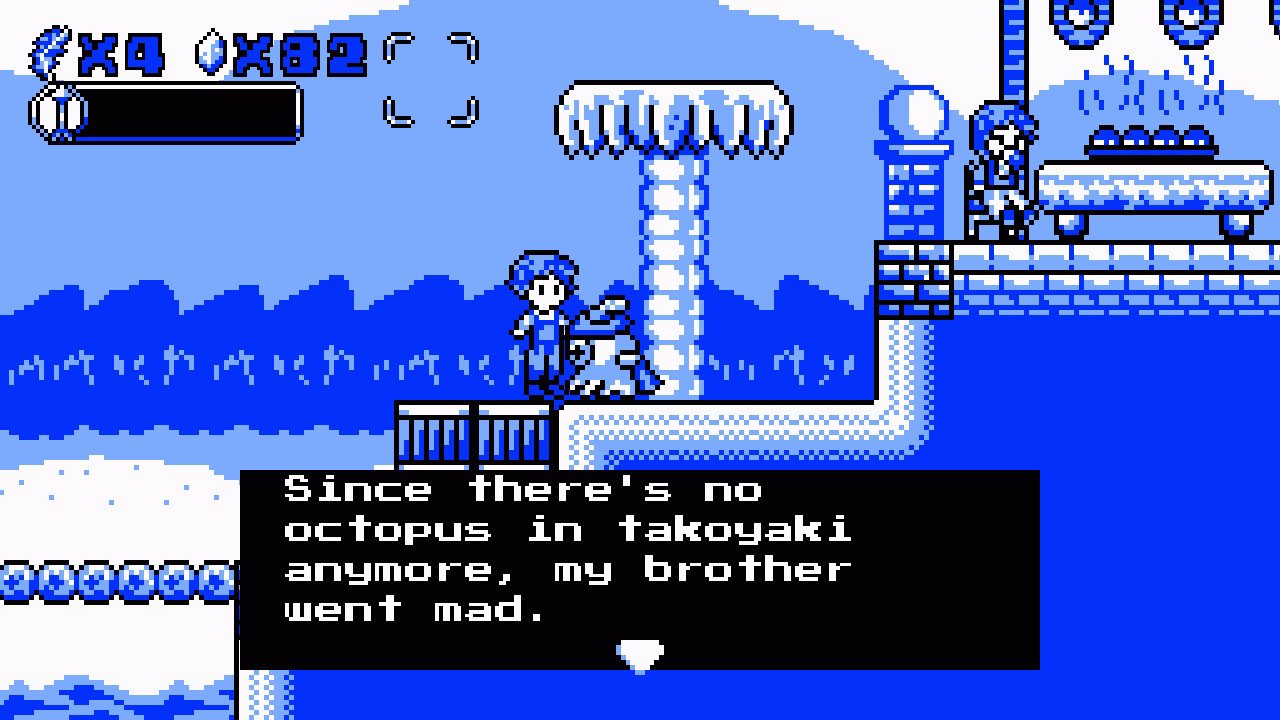 However, for all of the positives concerning its adherence to retro sensibilities, Save Me Mr. Tako feels a bit too archaic to be a modern classic. The game is a 2D platformer where Tako’s sole power is spurting ink bubbles at enemies. By doing this, he can freeze enemies in their tracks and use them as stepping stones to gain height. However, this doesn’t make them disappear, and after a few seconds, the enemy will break out of the ink and continue moving. While this shouldn’t be too much of a problem, it unfortunately causes more trouble than it’s worth in later levels when enemies walk around constantly; there are some enemies (like a hedgehog) that you can’t even jump on when inked, which is more of a hindrance than a benefit.

Another problem with the core gameplay is Tako himself. His default jumps are too floaty to be comfortable, and most of the time, I ended up overshooting or undershooting a jump, falling to my death. While he only has one basic attack, you can find an assortment of hats that can grant him other attacks or abilities, like shooting arrows or using an umbrella to protect him from falling debris. The problem with that, however, is Tako is a one hit point wonder and dies on enemy contact. If you have a hat, you can sustain one hit, but you’ll lose the ability until you can regain it through a checkpoint or an in-game room. 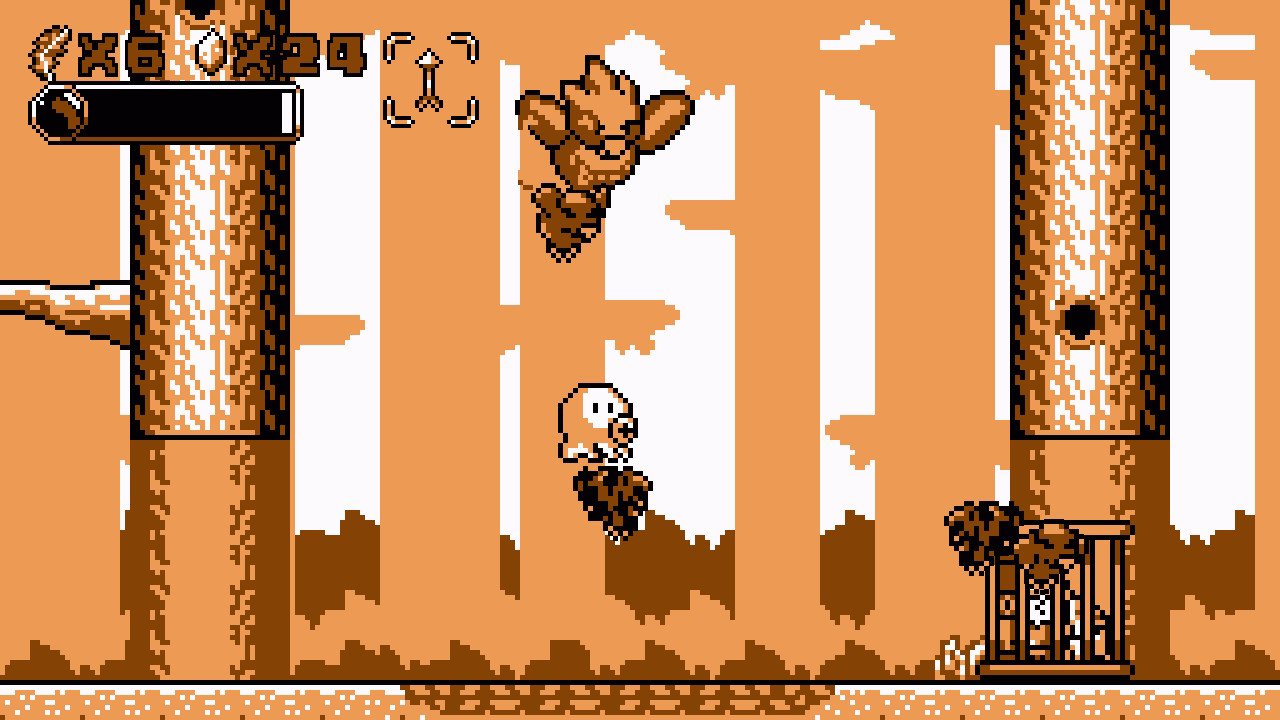 It feels like the game was going for the original Super Mario Bros. approach of lives and health, but it’s cumbersome due to the fact that Save Me Mr. Tako encourages exploration in the vein of Kirby. Some levels require the use of a hat in order to get to a secret item or path, which is quite difficult if you keep losing your abilities on the fly. It doesn’t help that because of the game’s camera, it’s very easy to bump into an enemy when you can’t see it. The levels where the camera automatically scrolls right are the worst culprits, as I was unable to see many of the dangers that laid ahead. It’s also rather unfortunate that the game kicks you out of a level once you deplete your lives, as some of the later levels can get pretty lengthy. Couple this with some rather frustrating boss fights due to the aforementioned jump mechanics, and you have a recipe for disaster later in the game.

That being said, when Save Me Mr. Tako is good, it’s great. The art style is exuberant, and some of the hats (like a heart balloon or a boomerang) are cute or fun to control. The fact that you can collect 50 different hats with different abilities means that replay value here is great for those that want to explore a little more. I really did enjoy this mechanic, but it’s just a shame that it’s paired with such frustrating hit detection.

Save Me Mr. Tako: Tasukete Tako-San

Save Me Mr. Tako is a decent 2D platformer with some great presentation and a loving throwback to the 2D platformers of the 90s, but unfortunately feels a bit too frustrating to enjoy for long periods of time.

Elisha Deogracias is an aspiring accountant by day, freelance writer by night. Before writing for Gaming Trend, he had a small gig on the now defunct Examiner. When not being a third wheel with his best friends on dates or yearning for some closure on Pushing Daisies, he's busy catching up on shonen manga and wacky rhythm games. Mains R.O.B. in Smash. Still doesn't know if he's a kid or a squid.
Related Articles: Indies, Save Me Mr. Tako: Tasukete Tako-San
Share
Tweet
Share
Submit