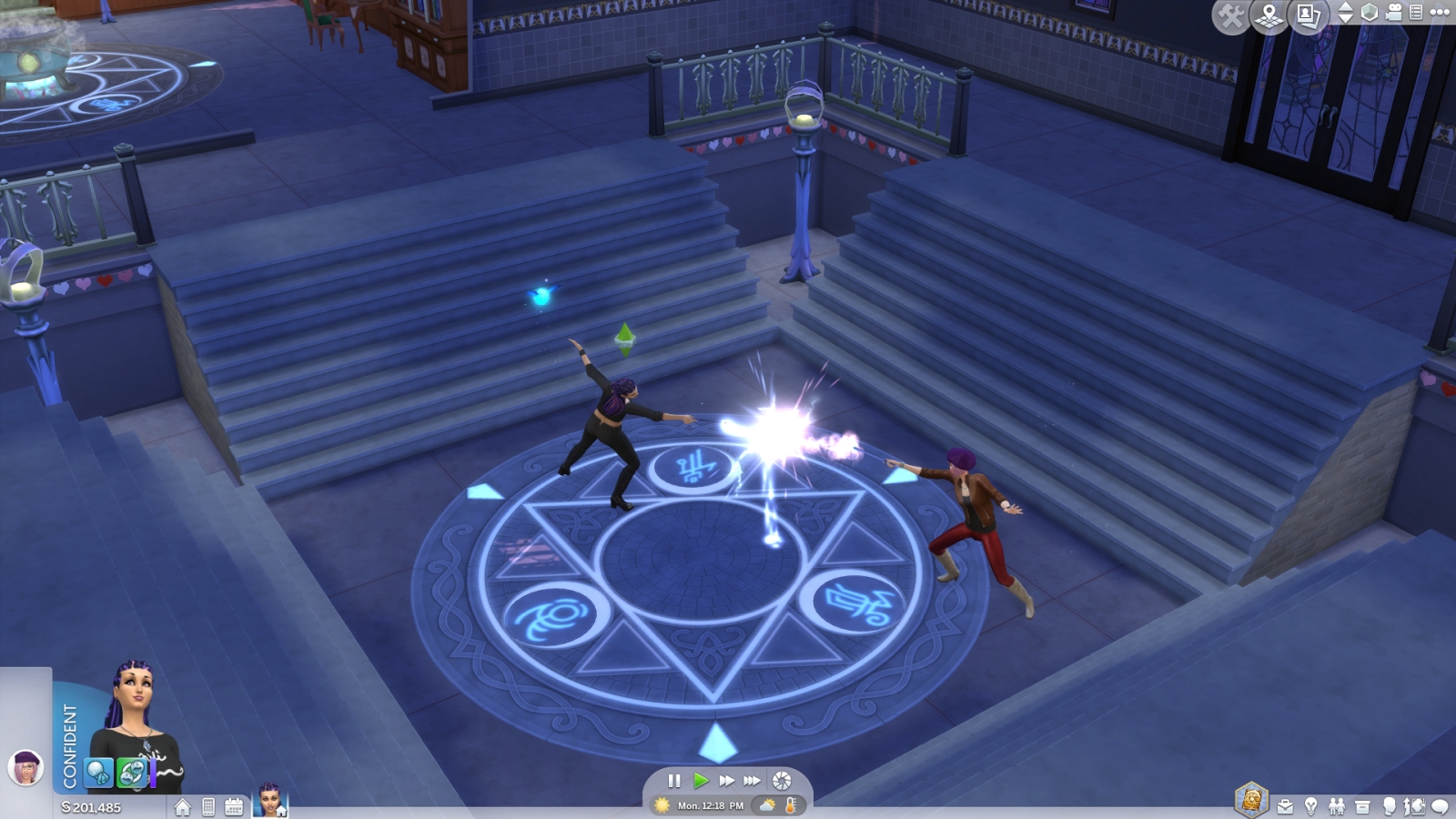 The Sims 4: Realm of Magic pack has consumed pretty much every waking minute of my life for the last three days. I’m finally at the point now where I think I have collected everything there is to collect, and learned all of the spells and potions the pack has to offer, and I had a blast doing it.

I recently got back into The Sims 4 when I reviewed the new expansion pack, Discover University. There is a brand new map for Realm of Magic called Glimmerbrook, so I decided to go ahead and make another new character for this pack as well. Once again, I used only the clothing and hairstyles that are offered with the title, which is a very limited selection; however, what’s offered does look cool.

Going into this pack, I had no idea where to start. I hadn’t read any guides or tutorials, so it took me a minute to figure out where to go to begin my journey into the spellcasting world. If you look at the northern part of the Glimmerbrook map, you’ll see a glowing portal. Go through that, and you’re in the Magic Realm which is a cluster of mystical floating islands that house the Academy, Caster’s Alley, and the magic dueling grounds. Once I got inside the Academy, I saw three separate Sims that had odd rune symbols above their head; one pink, one red, one green. Each Sim is the Sage of their particular school of magic; Practical, Mischief, and Untamed. Below is a picture showing an example. 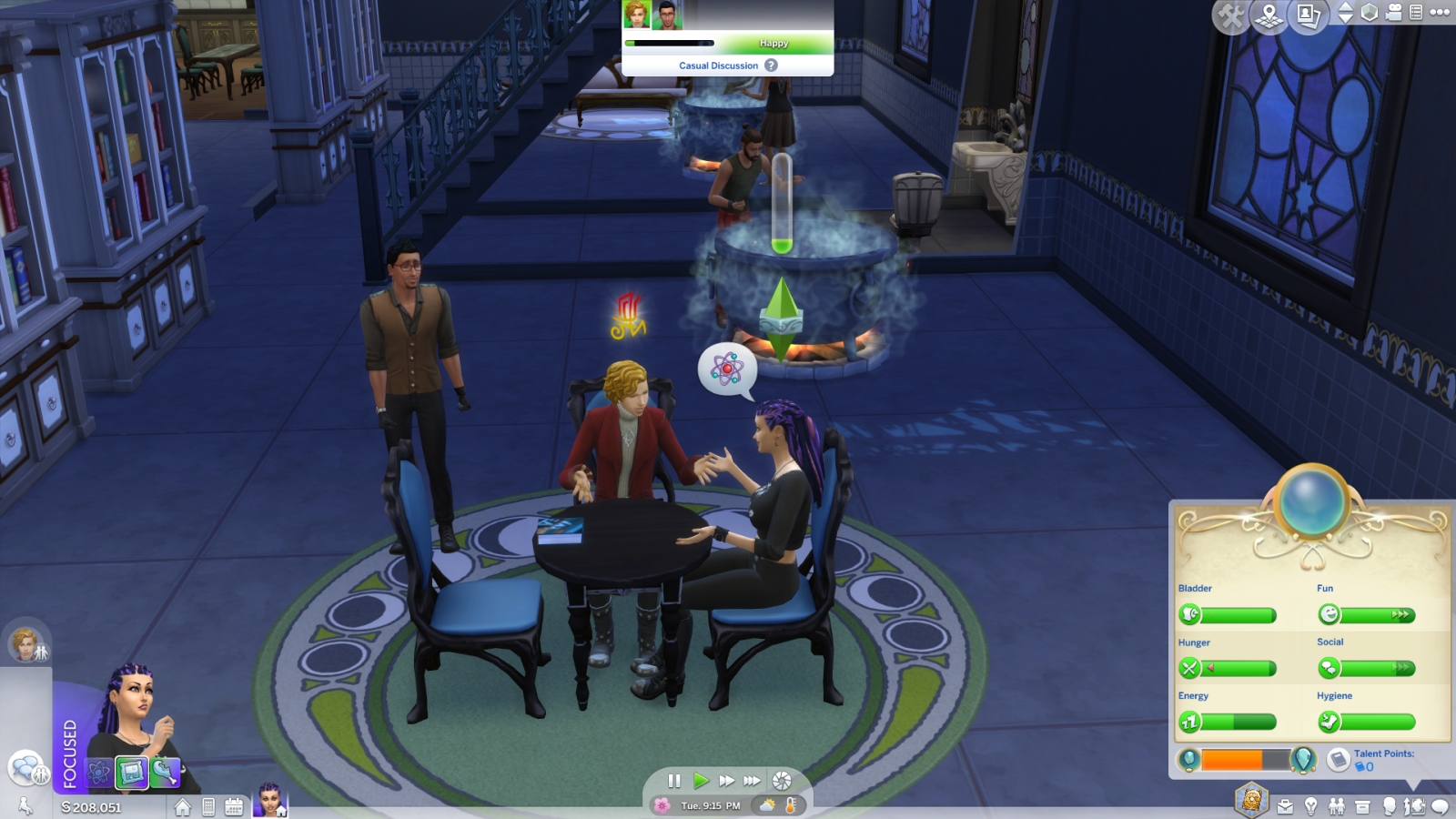 Notice the red rune above his head? That is one of your three Sages

After a quick quest, I was brought in as an apprentice spellcaster. The thing I love about this particular pack is that a good chunk of the spells and potions are useful for everyday life. Like Repario, which lets you instantly repair something that is broken, and Scrubario, which lets you clean up any mess, such as a puddle on the floor from the broken sink you just fixed. There are also spells to help with cooking, your love life, your afterlife, and other people’s mental stability. All of the stuff I learned was either very helpful, or just downright hilarious. 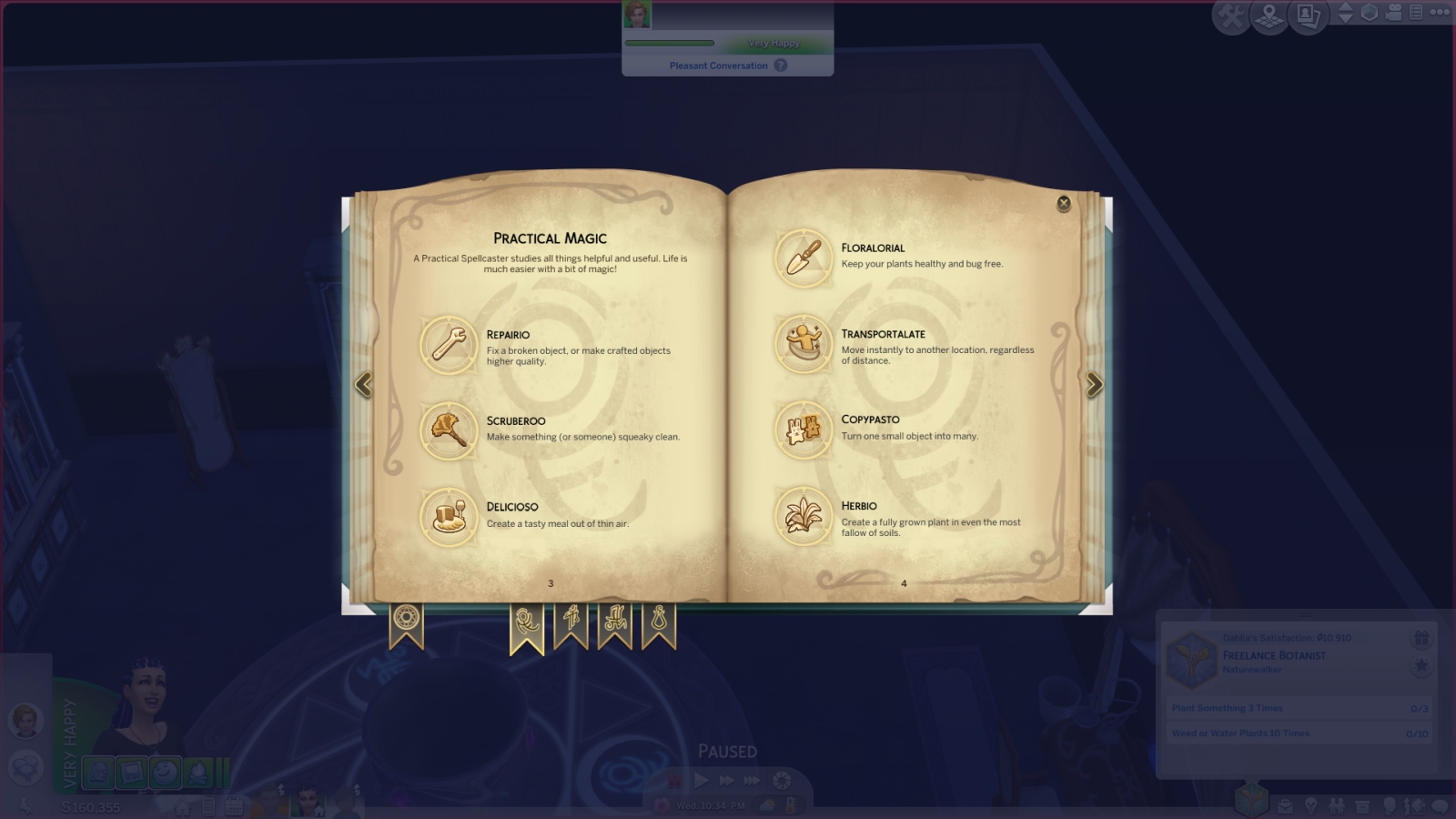 A peek inside the spellbook

You can also have familiars as a spellcaster, which I absolutely love! If you hop over to Caster’s Alley, the first shop sells wands, tomes, and familiars. The selection rotates each day, and so far I have collected 13 familiars. You can also pick up tomes to read which will help you learn missing spells that the Sages may not have taught you, and wands, which are another cool addition to this pack. You can set your Sim to always use wands when they cast their magic, and the same goes for brooms for transportation, which are sold at the shop next door to the familiar shop. Yes, you heard that right…your witch can fly on a broom! Another perk of having the familiar out is that they can protect you from death. I have not personally tried this one out because (knock on wood) my Sim hasn’t had any brushes with death yet. 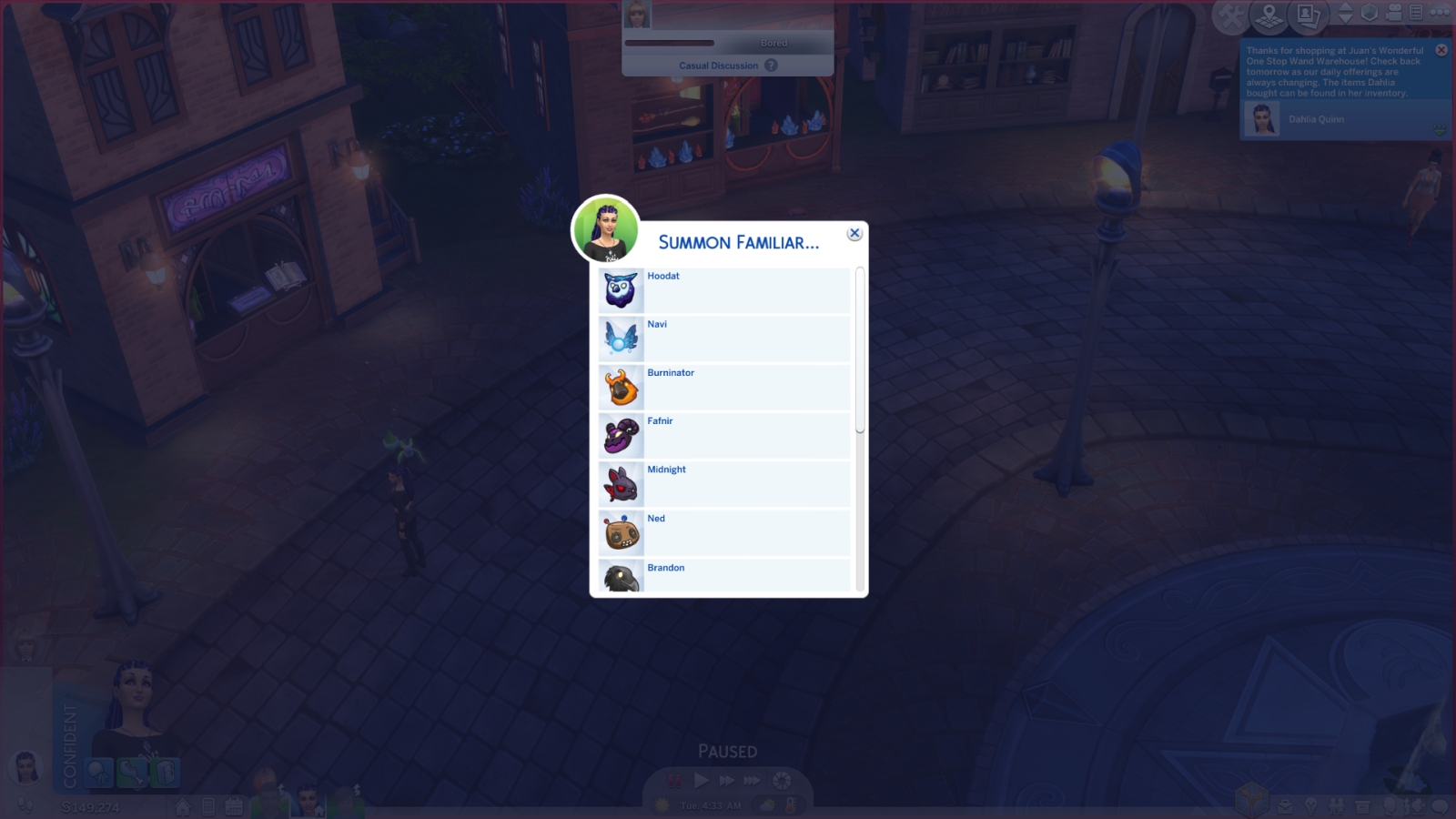 Some of the familiars you can summon!

I used every opportunity I could to level my magic up, and spent a lot of time with the Sages buttering them up to learn new spells as often as they would let me. There is one Ultimate Spell each Sage can teach you once you get your friendship level high enough. You can also duel other Sims for knowledge, which rarely works out for you when you’re first starting out.

On top of all the cool spells your Sim can learn, you can also craft potions using the cauldrons scattered about the Magic Realm, or you can purchase your own in the outdoor cooking section of the shop. Much like the spells, these potions are also very useful for everyday life. Some examples are potions that fulfill all your needs, increase the speed at which you learn skills, remove your current emotional state, choose different perks, prevent death, and even a potion that brings you back to life. You can even whip up excellent quality meals like Mac n Cheese, and Chili in your cauldron that NEVER GOES BAD…so your Sim will always have good food to eat in a pinch. This was so awesome before I got the Forever Full trait from my aspiration rewards, as I spent so much time just cooking food before. 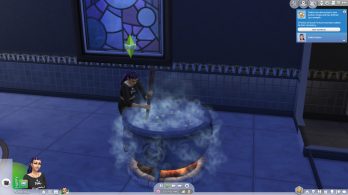 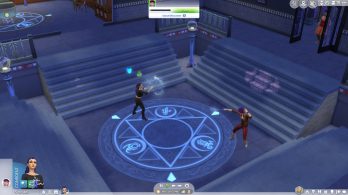 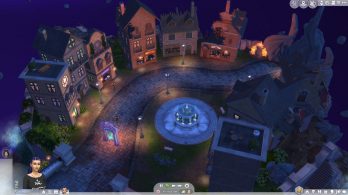 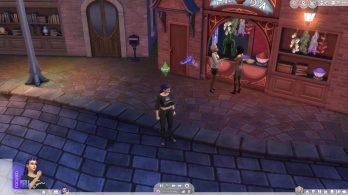 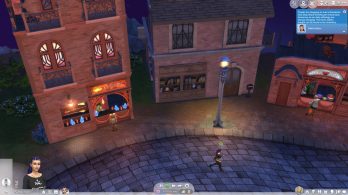 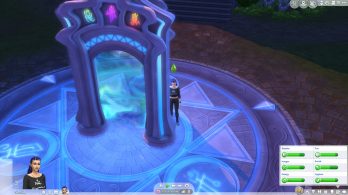 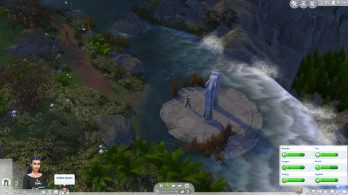 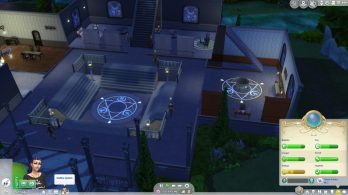 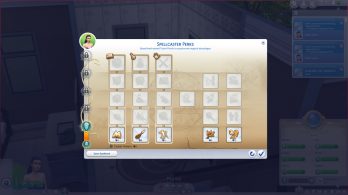 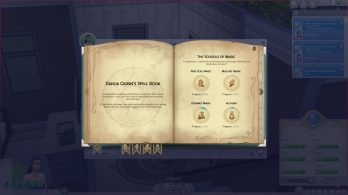 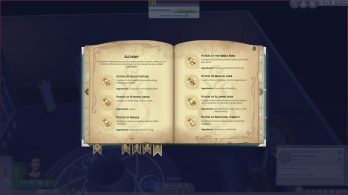 I was also leveling up Gardening while I was playing through the pack for my Sim’s aspiration. The spells Herbio, Floralorial, and Copypasto were invaluable for this. Herbio will create a fully grown plant, and sometimes even rare plants. Copypasto will duplicate an already existing plant (perfect for my high quality plants!) and Floralorial will keep your plants healthy, weeded, and bug free. It almost feels like a cheat, but it makes gardening with a LOT of plants soooo much easier.

Another great perk from Realm of Magic is Transportalate. Instead of walking everywhere, your Sim will instantly teleport there. You also get a spell that will let you relocate to the Realm of Magic, instead of waiting for your Glimmerstone to come off cooldown.

There are a lot of downright mean spells and potions in the game too. I won’t lie, I was a tad disappointed that I couldn’t kill my husband with Inferniate. His jealousy and bad mood are really bringing me down, and I wanted to see how far I could push him. After several days of casting Despario and Deliriate on him, I wanted to see if I could set him on fire to kill him, so I could then test out Dedeathify and torture him all over again. Sadly, Inferniate only made him more mad. I guess divorce is still an option.

I did eventually get to test out Dedeathify when two people froze to death outside a nightclub I was visiting. The spell works, you just have to make sure to pick up the Sim’s urn to be able to use it. 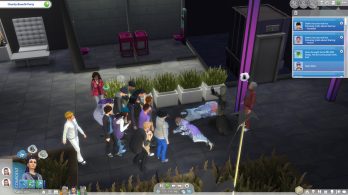 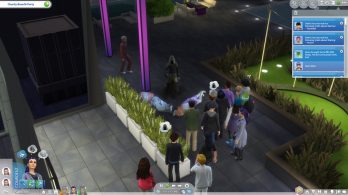 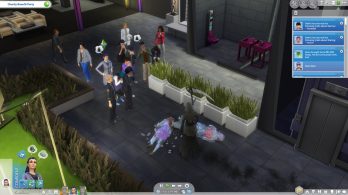 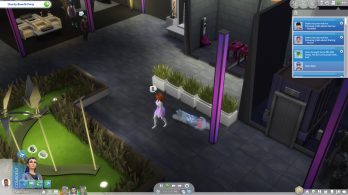 Realm of Magic also lets you teach other Sims magic with the spell Rite of Ascension. If you have children as a spellcaster, your children can be born with varying ranks of spellcasting abilities.

I never ran into any of the downsides of being a spellcaster, such as death from having too high of a spell charge, nor did I get any curses. I honestly found this pack to be super useful, and very fun. It makes a lot of day to day boring things in The Sims more tolerable. Plus, I love having cute little familiars that follow me, and I get to ride a broom…life doesn’t get much better than that.

The Sims 4 Realm of Magic

Realm of Magic occupied my life for days straight, and I am still actively playing the Sim I created for this pack on a daily basis. The spells and potions are just so invaluable that she will probably be my main Sim for some time. I personally loved this pack and would highly recommend you grab it! The Sims 4: Realm of Magic is currently retailing for $19.99, which is a magically good deal for this pack!

Holly Hudspeth is a best-selling author living in Fort Worth, Texas. She has six published novels to date; The Skyy Huntington Series, which is an epic dark fantasy adventure, and One Small Detail, a stand-alone medieval fantasy. Holly also enjoys writing fan fiction based on her avatars from games such as EverQuest, Elder Scrolls Online, and World of Warcraft. Her first major purchase at the established age of nine was the NES, and she has been gaming ever since. She enjoys fantasy games, city builders, RPGs, MMOs, SMITE, and The Sims franchise. Most nights she is in SMITE with her husband and friends, or playing ESO. When she isn't gaming, she is probably either at Disney or planning her next trip there.
Related Articles: Industry, The Sims 4 Realm of Magic
Share
Tweet
Share
Submit