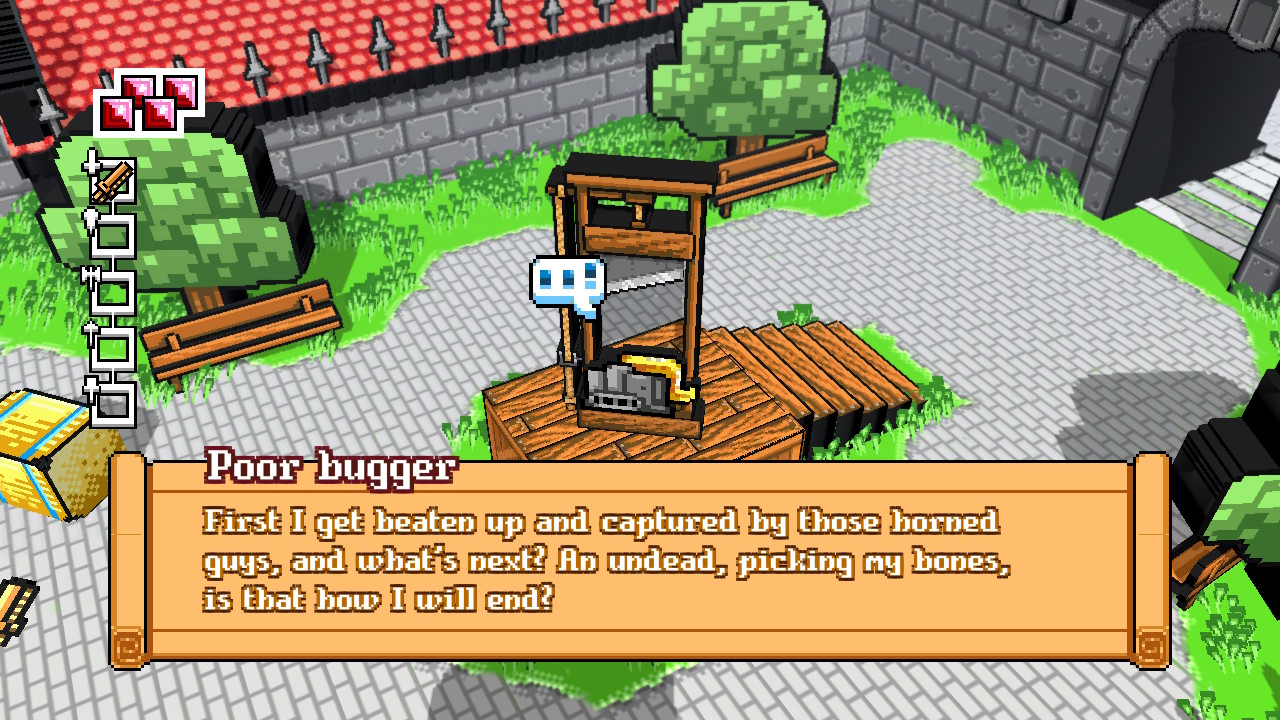 Fabraz is an independent entity that I’ve kept my eye on ever since I loved Slime-San on Switch years ago. In the span of those years, there have been many different developed and published titles, and one of those is the action-adventure game Skellboy. While it boasts a unique art style and a killer soundtrack, its gameplay loop is something that could be improved.

Skellboy’s story begins as the Cubold Kingdom is in danger thanks to an evil magician that resurrects evil creatures and spirits to destroy the land. Luckily, a skeletal hero called Skippy also gets back into the fray, and you’ll control him to save the day. It’s a simple story that drives the game forward, with some cute and charming writing sprinkled throughout the adventure. I enjoyed the tongue-in-cheek writing that Skellboy provides, as the characters offer some lighthearted quips to the otherwise dreary situation they’re in. It’s a fun little tale that made me chuckle more than a few times, and I enjoy some levity in these types of games. 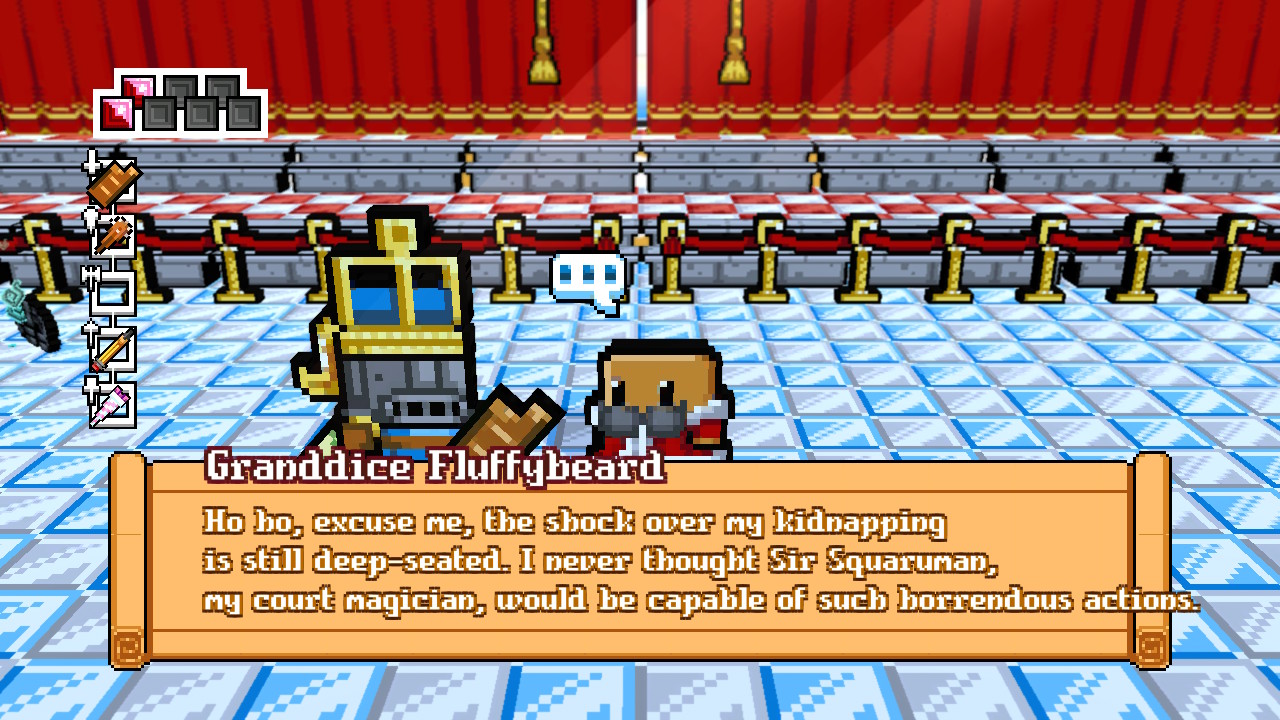 First off, I want to commend developer Umaiki Games on how beautiful the game looks. The distinctive voxel 3D style works perfectly for a game such as Skellboy, and it has this goofy atmosphere in a fantasy setting that I quite enjoyed. Whether enemies are blown to pixelated chunks or you start swinging a sword around, the game looks adorable. There is a lot of detail poured into the art style, and everything looks great. The game also has a legitimately addictive chiptune soundtrack which works perfectly with the title. However, while the presentation looks spot-on and wonderful, the technical performance doesn’t hold a candle. While Skellboy is playable in both handheld and docked modes, the frame rate has some extended periods where it feels choppy.

I think the biggest problem I have with Skellboy is that it lacks an “oomph” factor that most games of this caliber provide. The gameplay feels slow and sluggish; I get that you want to soak in the pretty pixels, unfortunately, the gameplay system doesn’t really match the presentation. You have five different weapon types, from your regular sword to a slow but powerful club to a throwable lance, but they all feel disjointed in terms of hit detection. Enemies (especially in the early game) seem to dole out more damage than you, and it’s rather unfortunate that if you’re ill-prepared, you can get ganged up on and become re-dead in a matter of seconds. It also doesn’t help that combat is simplistic and rather boring, especially in the mid and late game. Thankfully, checkpoints are frequent in this game, so that isn’t much of an issue. Still, I would have had a better time with this game had combat been tightened; it dampers the experience to a pretty high degree. 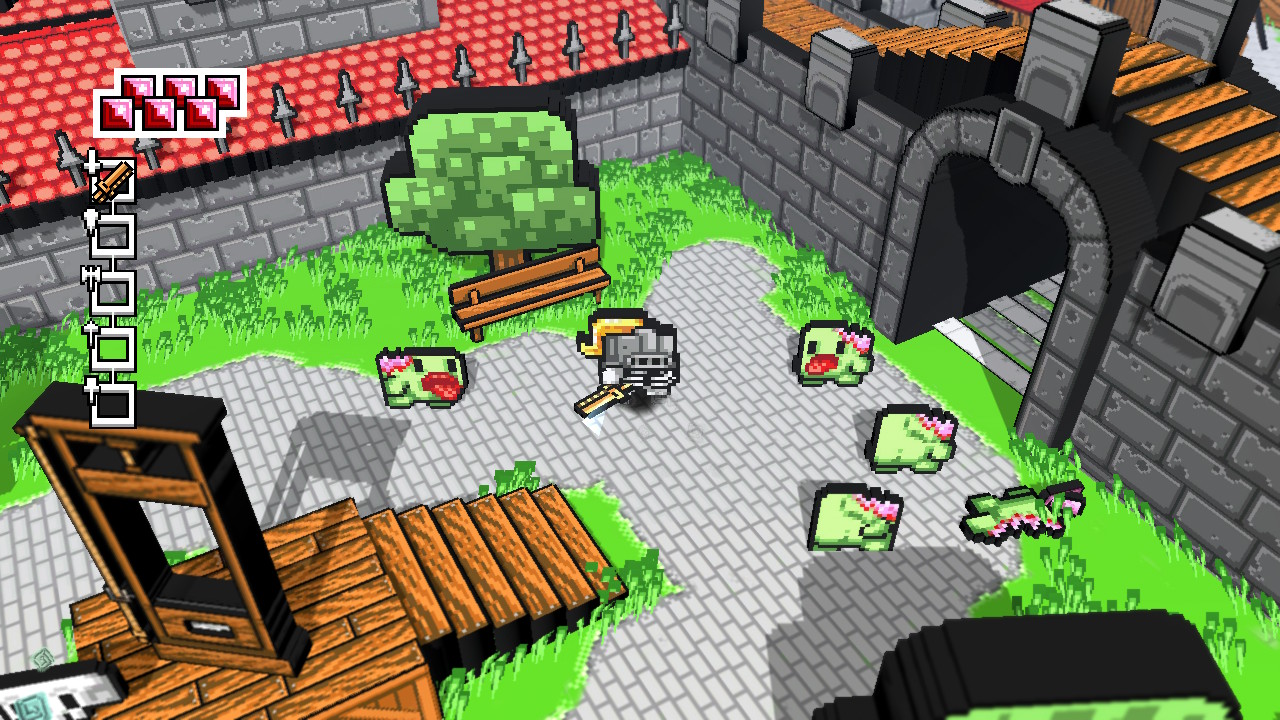 The main gimmick in Skellboy is the ability to change body parts on the fly, which will grant bonuses like increased health and defense and change appearance. While this does feel like a fun way to customize, it’s a rather clunky system that frustrated me every time I was forced to change a part for another one. It’s an unnecessary system that needs further customization options; even the ability to have an inventory on your person would have been a better option than dropping parts of yourself once you swapped them. 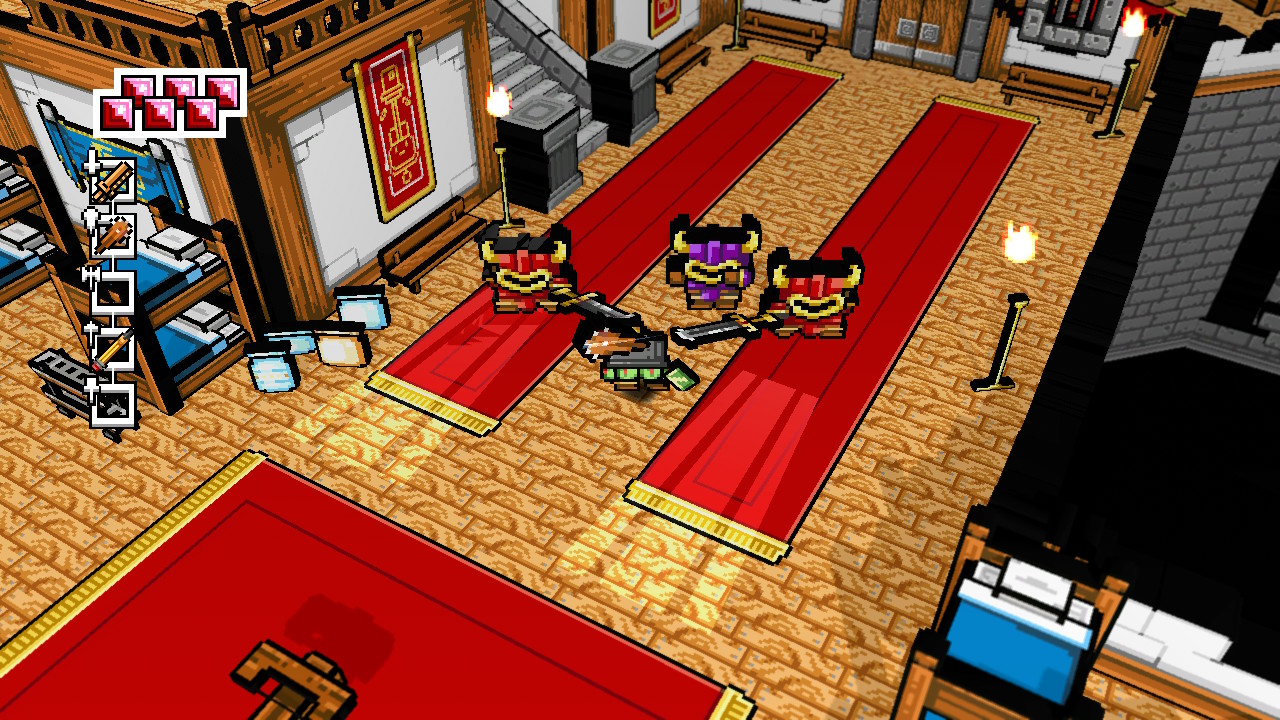 There are over 100 different parts to collect, but I only used a select few because of their overpowered bonuses. There are set bonuses you can use to maximize customization, but since there isn’t a convenient way to store equipment, I ended up just utilizing whatever I could find and ditching any hopes of doing so. It also doesn’t help that there isn’t much incentive to explore the world of Skellboy. There are a few sidequests that garner some good rewards, but I wasn’t exactly motivated to complete them mainly due to how slow the main quest could get at times. If the gameplay flow matched the frantic and charming look of its art style, I would have been impressed. Unfortunately, I left the game feeling apathetic to the whole experience.

Skellboy is a lovely looking game with an addictive soundtrack and lighthearted story. However, its main gameplay loop is unremarkable, and there isn’t much to differentiate itself from the competition.

Elisha Deogracias is an aspiring accountant by day, freelance writer by night. Before writing for Gaming Trend, he had a small gig on the now defunct Examiner. When not being a third wheel with his best friends on dates or yearning for some closure on Pushing Daisies, he's busy catching up on shonen manga and wacky rhythm games. Mains R.O.B. in Smash. Still doesn't know if he's a kid or a squid.
Related Articles: Indies, Skellboy
Share
Tweet
Share
Submit