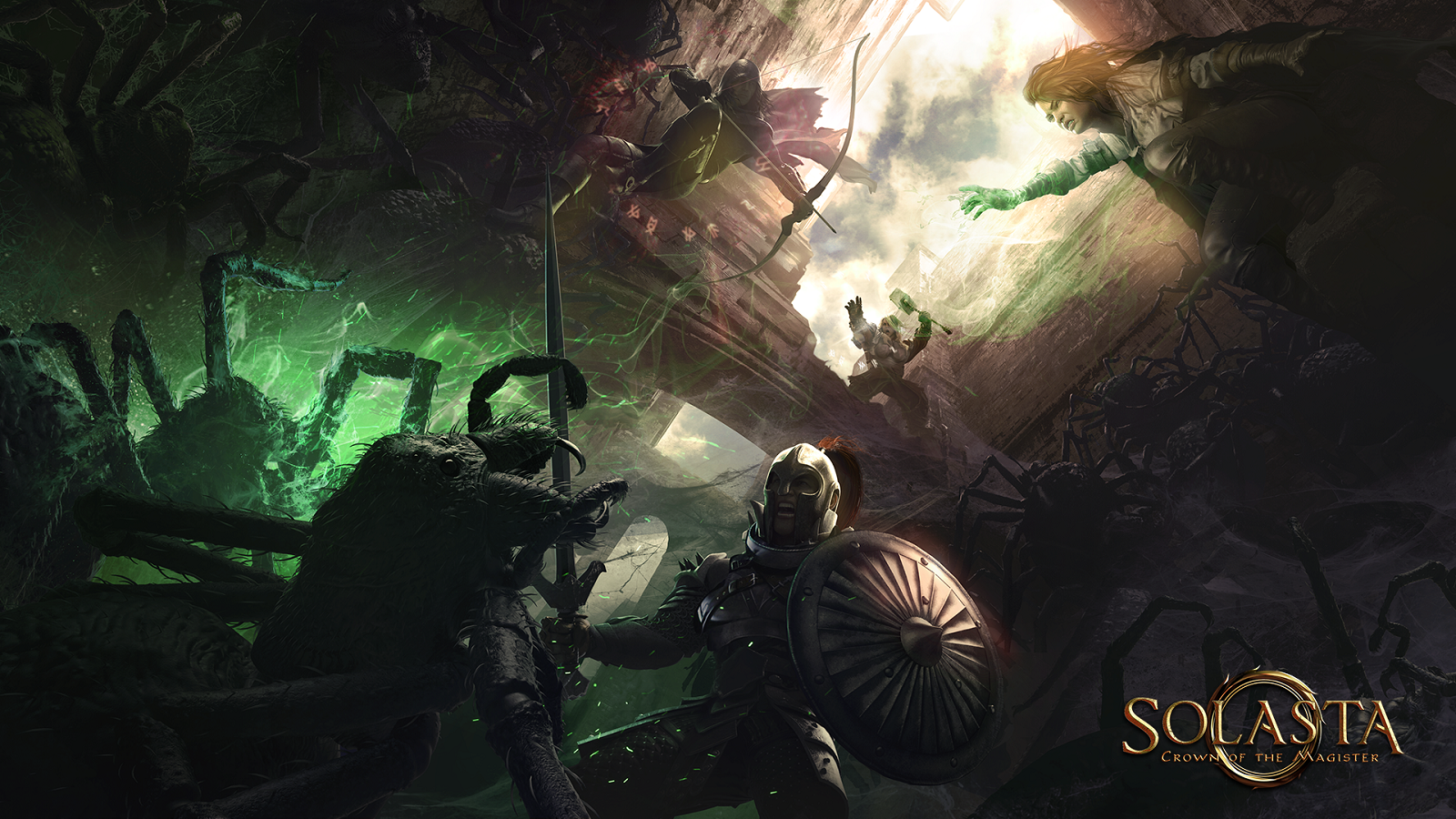 Solasta: Crown of the Magister may just be a revolution in RPG production…eventually. Its impressive foundation and scope lay the groundwork for a truly magnificent experience, though the game as it stands does not achieve those high hopes. At its basis, Solasta is a computer-based adaptation of the D&D 5th Edition ruleset. To that end, it is the most faithful I have encountered…or rather it may be at some point. The game contains a single-player campaign in which you can fully customize your own party (for a limited definition of “fully”) but its tools for player-generated content are what really spark my interest.

At its main objective of adapting D&D, Solasta is beyond impressive. Its fidelity to the system is so strong that it’s done something I thought impossible: get me interested in base D&D again. Despite the positive review I gave the initial release, I have gotten excessively tired of certain aspects of 5th Edition that, for brevity, I will not outline in this article. Suffice it to say, the transition to turn based RPG annihilates most of these issues. Combat is swift and strategic, and the designers took care to construct encounters that challenged all the best that the system can offer, even if it doesn’t always do so. The damage vulnerabilities or nuances of the action economy that usually go ignored at the tabletop see judicious use here, challenging you to build your party carefully and strategize with their actions. The turn-based combat is fluid, beautiful, and offers an intensely satisfying challenge.

The biggest caveat to Solasta is its limitation to the SRD, a free but generic document that precludes some of the system’s options from use in game. As it stands, Solasts only has a fraction of the races and classes available to play. To the team’s credit, this roster is fast expanding, and between the time I received this game and penned the review, they added the Sorcerer class, and I am sure more will be coming to supplement the experience. I find it odd that the team did not adapt a third party setting with full, new options to adapt, but there are pros and cons to Solasta’s approach: those familiar with 5E will know exactly what they are getting into, and have no barriers to learning the rules. However, they will be put out by knowing that their options are so limited.

Solasta also suffers from the issue of below average voice acting, which grates over the course of its ~40 hour playtime. When you make your party, you give each character a number of personality traits from a limited pool. They will often step over one another in these traits, which affect dialogue options (not always in ways that make for a sensible conversation). The goal is clear: to give players deep options to feel like they are in a role-playing game, down to the quirky and sometimes annoying characters one sees at the table. The writing of the campaign itself is adequate, but nothing more. I wasn’t offended by its writing, but I have difficulty calling to mind anything I found unique or memorable about it either. In that, it actually shares a lot with most gaming tables, but this act of verisimilitude was likely not on purpose. 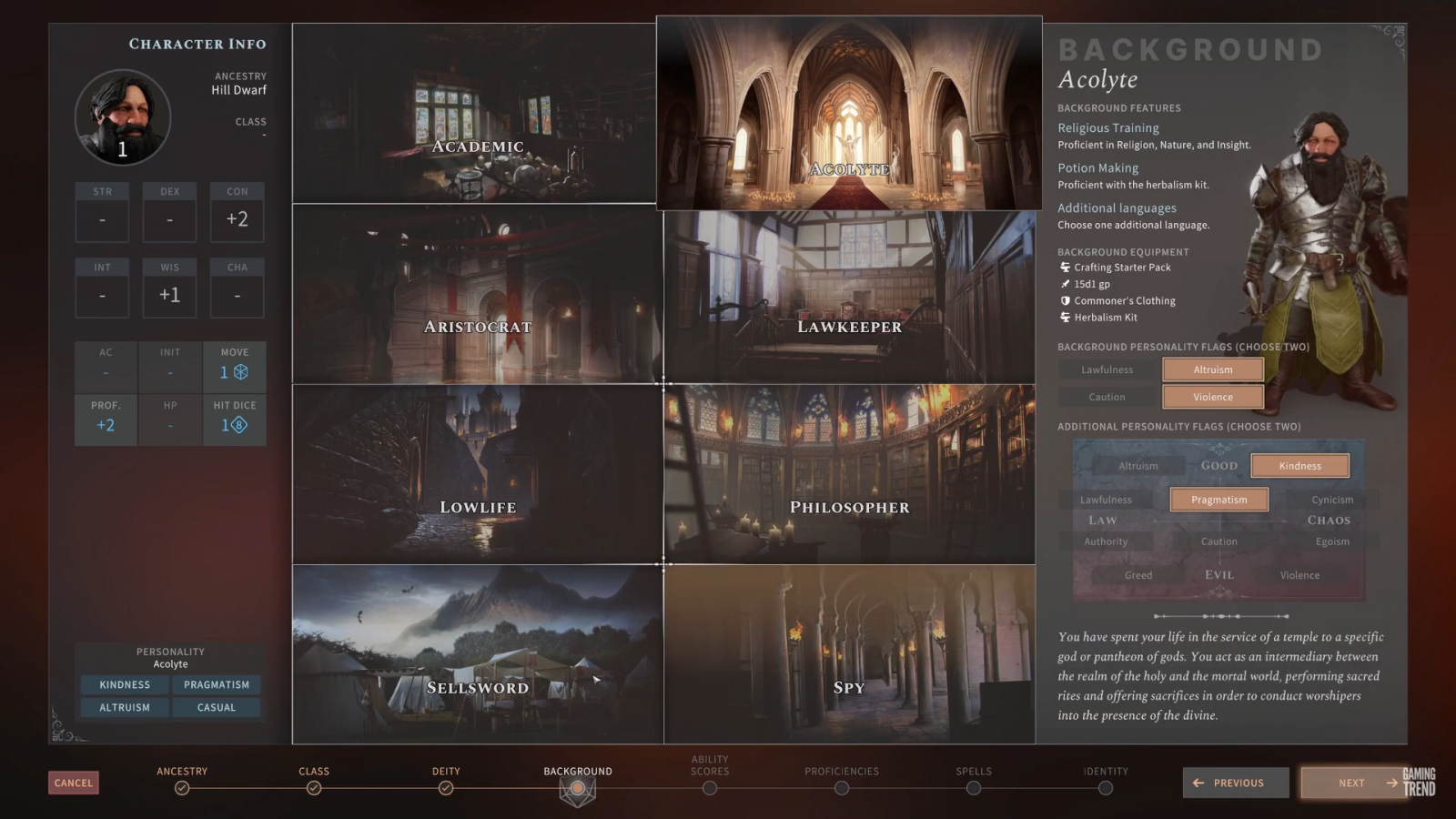 While the narrative is lacking, the mechanical construction of encounters is consistently impressive. While exploring, your characters’ skills and abilities come into play as much more than combat tricks. Strength can affect their ability to climb and jump, history will help you decipher clues, and the game is packed with options for getting around difficult encounters with dialogue as opposed to combat. Not only that, but an impressive variety of encounters involve contextual environmental options that reward creativity, such as pushing over a weak pillar onto enemies or breaking open windows to flood a vampire’s lair with light. It’s precisely this level of complexity that I always thought would be the greatest difference between a tabletop and computer RPG. Fundamentally, you can think of anything to try at the table (though most players NEVER DO, instead locked into the mindset that their character sheet is the list of only available actions). Videogames are much more limited in what they can present during encounters. Solasta doesn’t eliminate this distinction, but it does give you a framework to make more complicated environments and encounters.

It’s in this spirit of creativity that I see the most potential with Solasta. Its tools to make your own dungeons are impressive. Given that and the fidelity to 5E, I can see game masters porting their dungeons into the game and letting their tabletop party experience it in the engine, without making any sacrifices to the overall experience. If there were any justice in this world, Wizards would adapt its modules directly into Solasta for single or multiplayer experiences with all the bells and whistles that the engine has to offer.

There may come a time when Solasta achieves the lofty heights I see for it, though that future is uncertain. If you buy it right now for its $40 asking price you may feel put out, but for those that are even minorly interested I strongly encourage you to keep an eye on its development. I can’t say where its development will take it, but with the strong showing already available, I am more than happy to keep diving back into this game. It’s rare to find a tactical RPG with this many options and depth, even where many of the marks of quality still need to be ironed out.

Solasta: Crown of the Magister

Solasta: Crown of the Magister may become one of my favorite CRPGs ever, though it isn’t there yet. Its adaptation of D&D 5th edition is as impressive as it is incomplete. Its campaign is as mechanically creative as it is narratively uninspired. I had a great time playing through this game, and I look forward to doing so again with a new party composition, but it’s unmistakable that this game is not finished cooking yet.

John Farrell is a legal aid attorney specializing in domestic violence, living in West Chester Pennsylvania. You can listen to him travel the weird west as Carrie A. Nation in the Joker's Wild podcast at: https://jokerswildpodcast.weebly.com/
Related Articles: Solasta: Crown of the Magister
Share
Tweet
Share
Submit