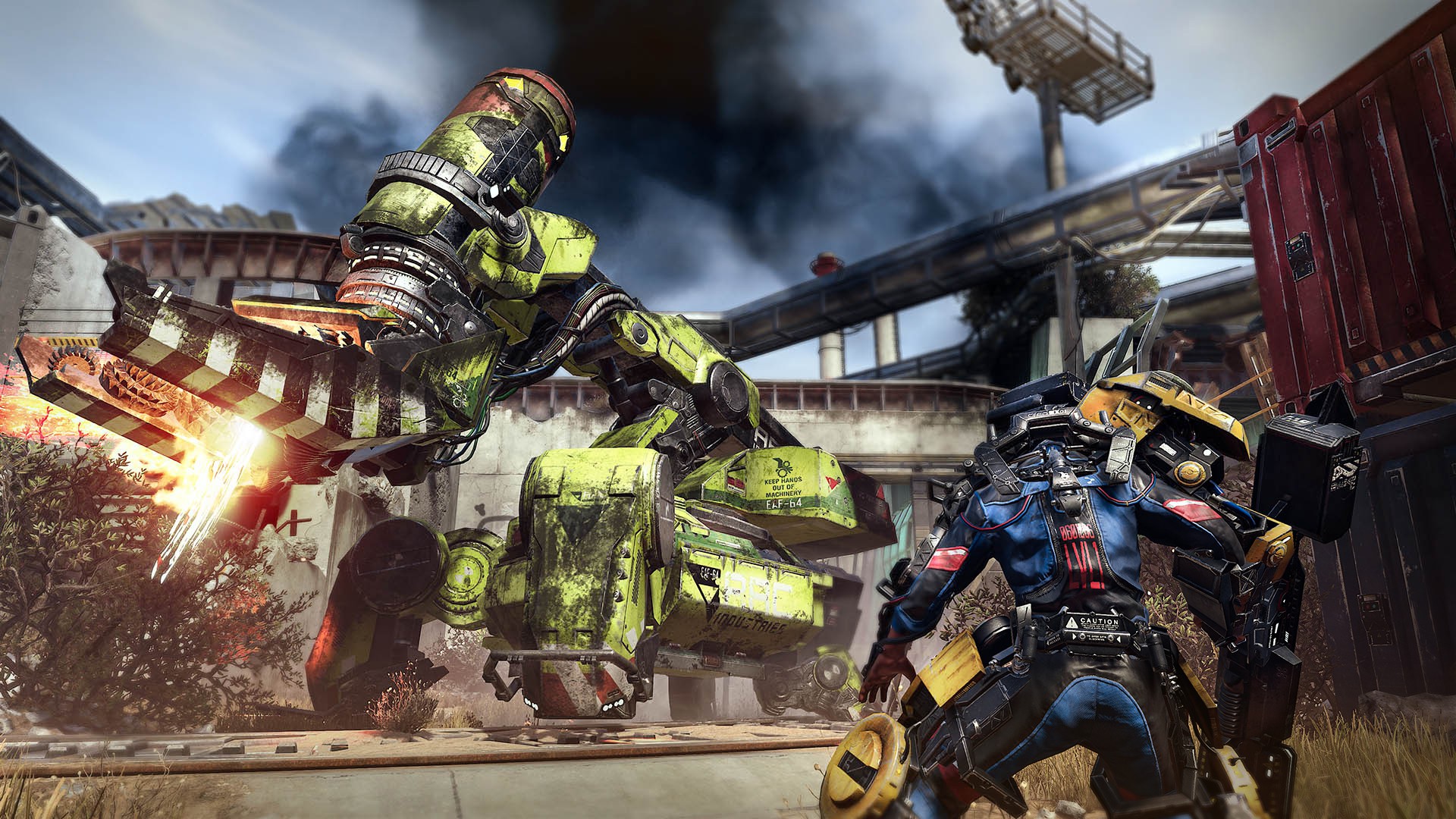 When Lords of the Fallen was launched in 2014, some people scorned Deck 13’s attempt to emulate the “Souls” franchise, which clearly inspired its work. Though the combat was enjoyable and it was more approachable than a Dark Souls game, it borrowed quite a bit and had balance issues that were hard to overlook. With their next game, The Surge, Deck 13 has taken the lessons learned from Lords of the Fallen and built something that not only succeeds in being unique, but improves upon their formula in almost every regard. The Surge is intricate, addictive, and exceeded my expectations every step of the way.

The Surge takes place in the near future, where humans have ruined the Earth’s atmosphere via pollution and have endured decades of strife. In hopes of solving the crisis, a powerful corporation called CREO has stepped up to the task of solving humanity’s problem by launching atmosphere-restoring devices into space. As the player, you take on the role of CREO’s newest recruit, Warren, a disabled man who has decided to take part in the corporation’s exo-skeleton program. Shortly after Warren’s arrival things go very wrong, and he ends up wandering alone through the wreckage of the corporation shortly after its sudden collapse. His goal: figure out what happened to CREO, and escape.

The world of The Surge is bleak, unnerving, and incredibly deadly. The sprawling ruins of CREO’s facilities are littered with zombie-like hostiles in exo-suits. Dark hallways are filled with murderous machines and pernicious personnel looking to uphold CREO law even when order has long vanished. Non-combative persons you meet seem suspicious or slightly insane. The aesthetic is dark and intimidating, and fits in place perfectly with such a challenging title.

Gameplay revolves around slow-paced, tactical close-quarters combat, with dismemberment as a central component. The player wears an exo-suit that can be continuously improved with weapons and armor, and can only be constructed using the dismembered body parts of enemies. By targeting a specific limb with attacks, and following up with an execution move, the player kills their enemies by slicing off a select body part which is associated with a specific piece of equipment. Chopping off all of the body parts of each new enemy becomes a morbid but rewardingly habit-forming pastime. Though it’s easier to kill enemies by attacking their unarmored body parts, you don’t get their armor by killing enemies this way, and it’s hard to resist the allure of a shiny new chestpiece that could be targeted instead, and added to one’s collection.

Beyond hacking off body parts and building new items, The Surge also offers you the opportunity to customize your exo-suit, or “rig,” by inserting implants with a wide variety of effects, which can be scavenged from the world. One implant might allow you to consume healing items, while another grants immunity to poisonous gases that can be encountered in the world, and the responsibility falls upon the player to decide how to customize their setup. In addition, the rig’s overall power can be improved by leveling up the “power core,” providing the player with a host of benefits, including the ability to equip better items. Along the way, players will upgrade their combat prowess through use of weapons belonging to that group, which scales up damage with weapons of that type as proficiency is improved. Altogether, these components create a complex, but satisfying progression system that allows players to play the game in the manner of their own choosing.

The Surge can be extremely challenging at times, and the player is encouraged to take things slow, act cautiously, and learn how to overcome overwhelming odds through repeated failure. Though I found myself dying regularly, there were few instances in which I felt I was being treated unfairly. Instead, I felt emboldened by failure, improved my equipment, studied the enemy’s tactics, and basked in the irresistible glory that comes with finally overcoming a particularly daunting obstacle. This dynamic is at the core of the masochistic gaming experience, and anyone familiar with the sometimes frustrating but always enjoyable tradeoff involved with this kind of game will feel right at home.

While the core gameplay mechanics of The Surge are entertaining and unique, the game is sometimes prone to dropping in framerate, glitching out and having an enemy suddenly become invulnerable for a short time, or crashing outright (which only happened to me on one occasion). Though these issues were few and far between, it’s always annoying to lose progress due to a glitch when advancement is so hard-fought. The Surge also falters a bit when it comes to enemy variety. The vast majority of enemies are humanoids in exo-suits, which is a shame since there are so many opportunities for robotic enemies to look and feel different in the sci-fi universe that the player occupies. That said, each of the humanoid enemies has varied movesets, original weapons, and diverse AI behaviors, which does wonders to extend the game’s enjoyment.

In terms of original experiences though, The Surge shines brightest during its incredibly memorable boss fights. Unlike the Souls series, which almost universally amount to the player hitting an enemy and avoiding attacks until they win, The Surge introduces a bit of puzzle solving and intricacy into boss fight design. I won’t be spoiling any of these boss fights in this review, but this is one way in which The Surge improves upon the formula of the games that inspired it. The only qualm I have is that there weren’t more boss fights, because they’re easily the most unforgettable experiences the game has to offer.

The Surge’s weakest point lies in its presentation, which largely feels behind the curve. While the music works well, the voice acting and sound effects are almost always a little disappointing. For example, one implant aids the player in finding hidden items by making a beeping noise, but the noise in question is so loud and annoying that it makes the experience entirely unenjoyable while using it. Graphically, the game is passable, but never really provides any “wow” moments outside of cutscenes. Similarly, the character modeling and animations are basic, and while execution animations undeniably look awesome, it is a frequent occurrence for the characters involved to be positioned poorly, resulting in something that looks quite silly, such as beheading an enemy from five feet away. While The Surge never really impresses in terms of presentation, it rarely impacts one’s enjoyment in any meaningful way.

The Surge is the most badass game I’ve played all year, and a must-play title for any masochistic gamer who enjoys getting their ass handed to them regularly. Although the presentation and enemy variety are somewhat lacking, and technical issues occur occasionally, none of these issues come even close to putting a hamper on this thoroughly enjoyable experience. Play. This. Game.

You know that jerk online that relentlessly trash talks you after every kill? That guy was probably Travis "Tie Guy" Northup. Competitive, snarky, and constantly wearing a tie, Travis has been writing his opinions about electronic media since he was a teenager, and is pretty much the only person to hold his opinions in high regard.
Related Articles: The Surge
Share
Tweet
Share
Submit