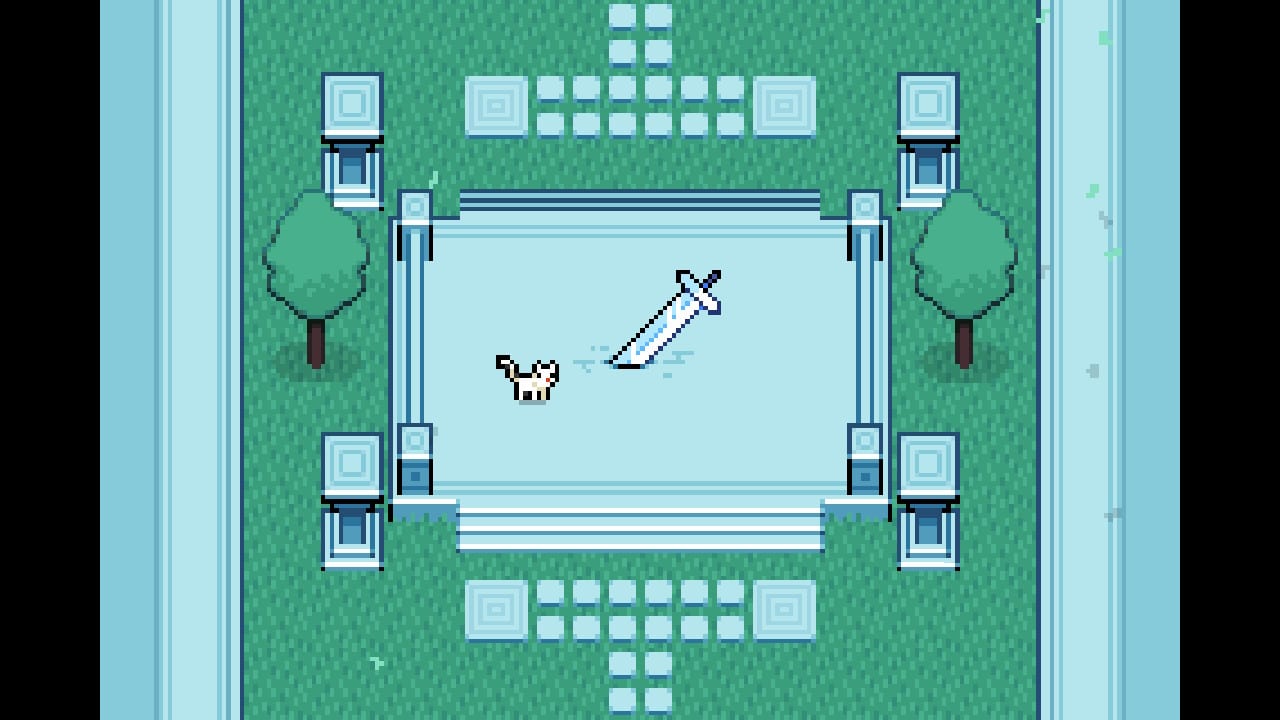 Mysterious things are afoot at Ikenfell, school for witches and wizards. The magical arts themselves are going haywire, alchemy formulae no longer work, people are manifesting new types of magic, and some students have gone missing. When her sister Safina doesn’t return home for summer, Maritte sets off to find her and suddenly gains fire magic. In order to find her sister, Maritte will have to make new friends, explore campus, and solve the mysteries of Ikenfell.

I’ve been following Ikenfell’s development for quite some time. I love RPGs and the Magic School setting, so the game immediately drew me in. On top of that, it’s overtly queer with most of the cast being gay, asexual, or trans in some manner. Having now finished the game, it both surpassed and failed to meet my expectations in some ways. Overall, I enjoyed the game quite a bit, but it does have some glaring flaws.

The battle system is one of Ikenfell’s greatest strengths. The action takes place on a long grid, with attacks and items affecting tiles on the battlefield depending on the user’s position. For example, Maritte’s basic attack allows her to burn a single enemy in the two rows and columns directly in front of her. Her meteor spell, however, can send a fiery comet at each enemy taking up a plus shape with the center being two squares in front of her. In addition, every spell has an associated button challenge where pressing the A button the moment the attack lands will increase or reduce its effectiveness. Timing your press close enough will get a “Nice!” rating while being exact will reward a “Great!” massively increasing damage dealt and reducing damage received.

To defeat your enemies you’ll need to master both the grid and button timing, however there are quite a few accessibility options available if you need or want them. For example, you can automate the timing in one of two ways or even add an auto win option to the battle menu. While I didn’t use those, I did take advantage of the content warning displays, which tell you what kinds of sensitive topics, themes, or the like will be shown in an upcoming scene such as depictions of self harm or a panic attack. As someone who has suffered from frequent panic attacks in the past, I greatly appreciated this and frankly it should become an industry standard. You have the option to skip cutscenes if you’re not prepared for what may happen in a scene, but personally the warning was enough.

While the battles are mostly a delight, Ikenfell’s greatest strength and greatest weakness is the boss fights. The best moments are when you’re battling other magic users, like the “so gay she needs to duel you” Gilda, as these feel like you’re on equal footing with your opponent. There are only a handful of these fights in the game though, with most of the others being frustrating slogs. Most of the bosses you encounter are able to summon regular enemies to their side, and this is where the game’s most glaring flaw lies. If you try to defeat the lesser foes and then focus back on the boss, they’ll just summon more without even taking up their turn. This led me to essentially ignore all foes other than the boss in every single encounter like this, and there are quite a few of them. In addition to having a single strategy for most of the game, battles like this can take far too long and end up feeling cheap as a result. On top of all this, area of effect spells become less and less useful as you progress, giving the game a singular dominant strategy in just about every encounter.

The story, while excellent, isn’t without its flaws either. While I grew enamored with each character that joined my party, I feel they still could have been fleshed out more as some conflicts in the plot seemingly come out of nowhere. The game also suffers from a pace that’s a bit too fast, as you go from dungeon to dungeon with almost no breaks to speak to NPCs or just relax and take in the atmosphere. Other RPGs have towns to visit, but Ikenfell unfortunately has no such equivalent and it really could have used it. The interesting parts of the story are stacked more towards the back end of the experience, with the first half of the game having far too many detours to get where you actually want to go. There is some crucial foreshadowing in these moments, but the reasons for visiting these areas could have been much stronger. 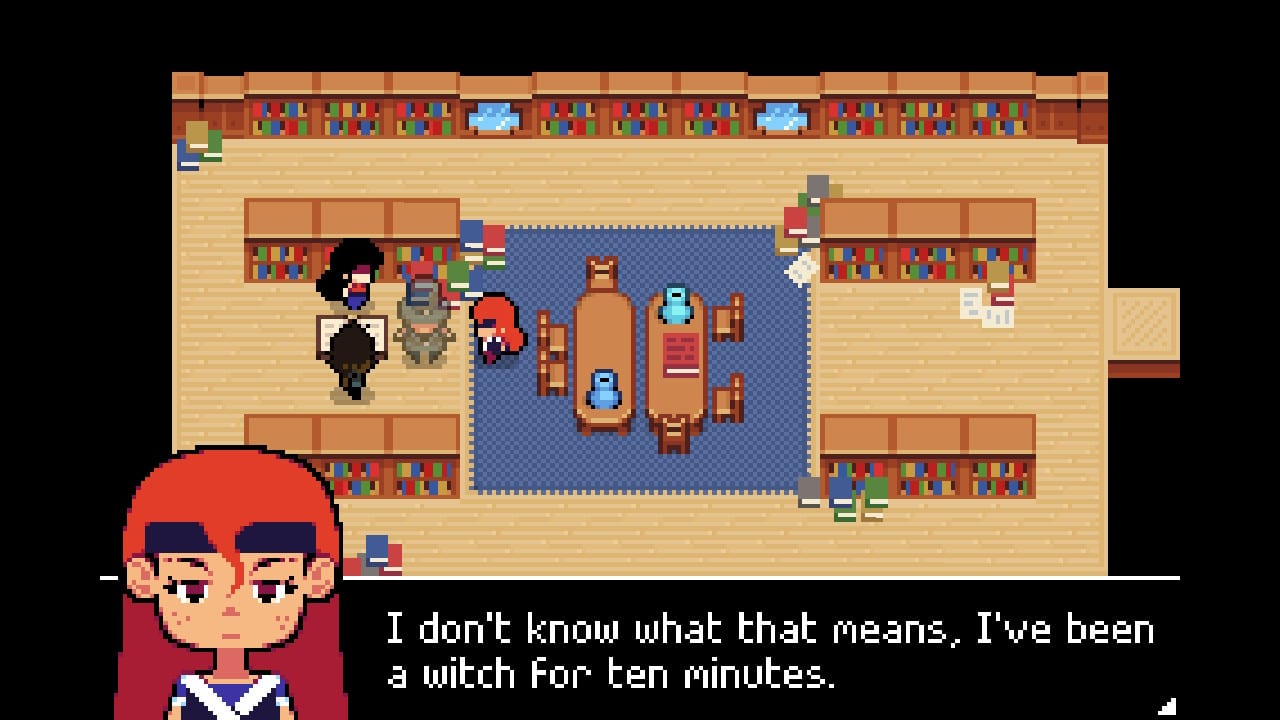 What the game never drops the ball on, however, is the music.The score is absolutely incredible the whole way through, with vocal tracks being a huge highlight. The battle themes are all catchy and have vastly different moods, though I personally prefer the first and third battle tracks as opposed to the second which sticks around the longest. Still, the game takes full advantage of its sound design in every aspect- punchy sound cues help a lot with button challenges and I was humming along with the music throughout the entire game.

Ikenfell has a unique battle system and story that can make for some of the best moments in an RPG this year, but unfortunately it doesn’t always use these to its advantage and has multiple boring boss fights with the plot meandering in the first half. Still, its highs are so high that it is well worth seeing through to the end.

David is the kind of person to wear his heart on his sleeve. He can find positives in anything, like this is a person who loved Star Fox Zero to death. You’ll see him playing all kinds of games: AAAs, Indies, game jam games, games of all genres, and writing about them! Here. On this website. When not writing or playing games, you can find David making music, games, or enjoying a good book. David’s favorite games include NieR: Automata, Mother 3, and Gravity Rush.
Related Articles: Ikenfell, Indies
Share
Tweet
Share
Submit