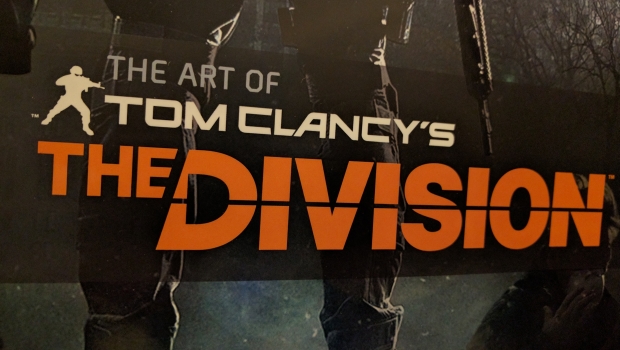 What the hell is TASTEE? I found myself asking that same question when this game came across my desk. In this case, it stands for Tactical Asynchronous Simultaneous Turn-Based E-something Engine (seriously, they didn’t figure out that first E) but that doesn’t really explain everything TASTEE: Lethal Tactics has on offer.

Developer Skybox Labs, with clear influences from games like Final Fantasy Tactics, XCOM, and Tactics Ogre, have built a turn-based shooter that combines equal parts Police Quest: SWAT and something entirely unique. It’s certainly better than any $15 game has a right to be.

The first differentiator between TASTEE and every other game in the genre is that it is asynchronous. This means you’ll plot out your moves, and then both you and the enemy will execute actions simultaneously. You’ll have to think a few moves ahead, imagine tactics from the enemy perspective, and position your team accordingly. You can preview your moves to ensure that you end up exactly where you intend, but there’s no way to reliably predict your foes. It puts an element of surprise into a genre that has typically been about number min/maxing and power use. It also makes you constantly think several moves ahead, or to put it another way, you need to skate to where the puck will be, not where it is currently.

Rescuing eight captives safely while taking down the enemy is difficult.

The story for TASTEE is a brief affair, focused more on the action than the why. Essentially, your group of mercenaries are tasked with taking out a well-equipped fictional South American drug cartel. Hopping across ten diverse locations for a total of 30 missions, your team captures guns and wipes out hit squads. More of the story unfolds (and reveals a humorous overtone to go with the more serious storyline) through emails your team sends and receives between missions. There are no voiceovers or CGI cutscenes, but the graphics are sharp and remind me of Team Fortress’ super-deformed style quite a bit.

There are four classes in TASTEE: gunman, shotgunner, sniper, and bomber. On the surface, it appears that you can roll out with any combination of these troops, as your missions need dictate, but the game restricts you to one of each class type. With only four classes to choose from, I’m not sure what the purpose of this selection screen is, unless Skybox intends to release other character classes post-launch. Without class selection (in single player — you can mix and match in multiplayer), and no pre-mission view of the map (there’s a small screen fly-by view, but nothing you can plan against), it feels like a missed tactical opportunity.

Waypointed movement is your only path to relative safety.

When tackling any of the 30 missions, players are presented with some fairly difficult bonus objectives. These can be as simple as finishing the mission in a specified amount of rounds or less, doing it with no casualties, or even deploying with a smaller squad. Completing these bonus objectives earns stars that can be spent on upgrades for your team. Upgrades are your key to victory, and a large differentiator for the otherwise simple character archetypes. Skills allow you scanning capabilities to spot enemies through walls, more health, larger explosions, or grenades that explode on impact, as a small sample of the four available per character. To help you understand the best way to use each character are sixteen walkthrough videos showcasing how you might better use these class-specific skills.

At first, this game can be incredibly frustrating. My troops all-too-frequently watched an enemy saunter past them nonchalantly, allowing a single enemy to wipe out my entire squad. It’s through repetition that I learned the highly-specialized roles of the team, placing and using them to their greatest effect. Perhaps they walked by because I didn’t time my turn correctly (it’s down to the 10th of a second, so a man with a pistol will beat your sniper every time, but the guy with the shotgun up close puts both down before they can pull the trigger), or maybe I simply wasn’t facing the right way. By the fifth mission I was starting to get the hang of it, able to create chokepoints and ambush opportunities.

TASTEE has a pair of issues that I found hampered my enjoyment throughout my time with it. First, it heavily favors turtling. The enemy AI is pretty sharp, and will flank you, but if you are patient (and don’t want that bonus star for resolving combat objectives quickly), you can usually force the enemy into doing something dumb and walking into your cone of fire. Snipers tend to stand their ground, but whittling away their support makes them easy pickins. In this way it also heavily punishes hasty action. You may sprint into position to set your base on fire, but from there the game will punish you mightily for rushing. This brings me to my other major sticking point for TASTEE — range.

Too many times I watched my team die at the hands of enemies that were still outside of visible range. And just as frequently I watched my sniper observe a target and do nothing to take them out, despite having the range and opportunity. Sure, I could give my shotgunner the +1 to health perk, allowing him to run directly into the sniper fire, but that’s not exactly ‘tactical,’ is it? It isn’t insurmountable, but it did make my sniper feel far less effective than the opposition’s shooters. Playing against humans, I felt like it was a far more even battle.

Asymmetric multiplayer is like nothing we’ve seen in the genre.

Like a real time strategy game, the strength of TASTEE is in its multiplayer. The ten map types used in single player are available for use in skirmish, as well as the signature asynchronous multiplayer. If you’ve ever played chess over email, you know exactly what you are in for here, and chess is the most appropriate comparison. While the AI in TASTEE is solid, having to think two and three moves ahead against a human being changes the feel of the game entirely.

TASTEE scratches a tactical itch in a Dark Souls-difficult, but ultimately rewarding way. The asymmetric multiplayer is unique in the genre, offering a new way to play. If you are a fan of deep strategy, ignore the goofy name and check out TASTEE: Lethal Tactics.

Ron Burke is the Editor in Chief for Gaming Trend. Currently living in Fort Worth, Texas, Ron is an old-school gamer who enjoys CRPGs, action/adventure, platformers, music games, and has recently gotten into tabletop gaming. Ron is also a fourth degree black belt, with a Master's rank in Matsumura Seito Shōrin-ryū, Moo Duk Kwan Tang Soo Do, Universal Tang Soo Do Alliance, and International Tang Soo Do Federation. He also holds ranks in several other styles in his search to be a well-rounded fighter. Ron has been married to Gaming Trend Editor, Laura Burke, for 21 years. They have three dogs - Pazuzu (Irish Terrier), Atë, and Calliope (both Australian Kelpie/Pit Bull mixes).
Related Articles: TASTEE: Lethal Tactics
Share
Tweet
Share
Submit