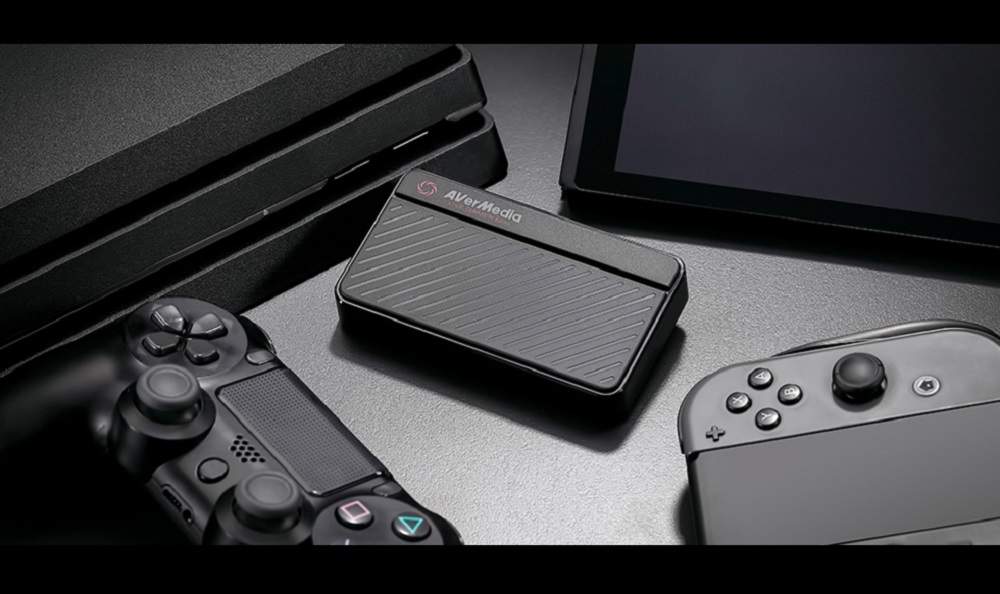 AVerMedia has become a champion of capture cards, and last year they were one of the first ones to release a consumer-focused card with the capability to record 4K resolution. However, as streaming continues to rise in popularity, more newcomers are looking for affordable, easy-to-use capture cards to help get them started. This is where the Live Gamer MINI comes in, a pocket-sized affordable capture card perfect for those getting into the streaming game. 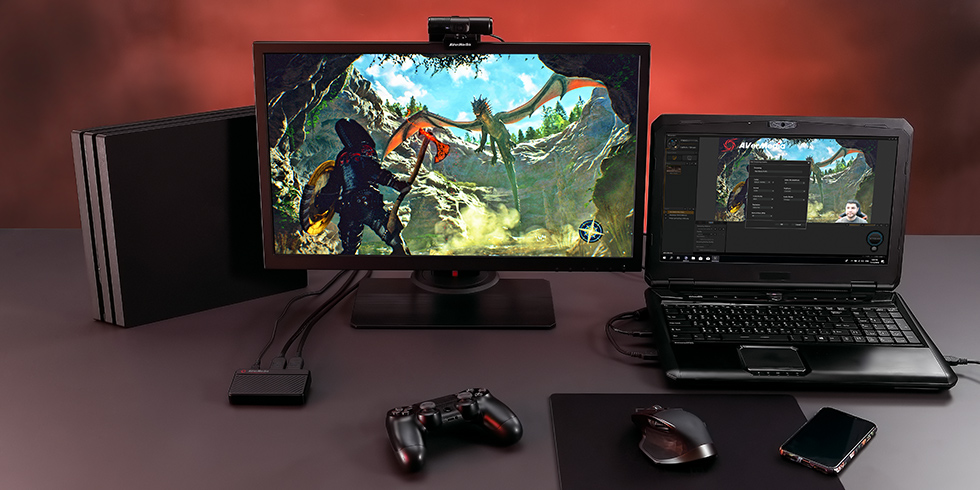 It’s tiny, but it still requires a computer to record.

Despite its size, however, it features a built-in H. 264 converter, saving any CPU use on your machine as you’re streaming. This is used with RECentral, AVerMedia’s own streaming program, which I’ll talk about more down the road. For now, let’s take a look at the specs and requirements for the Live Gamer MINI. 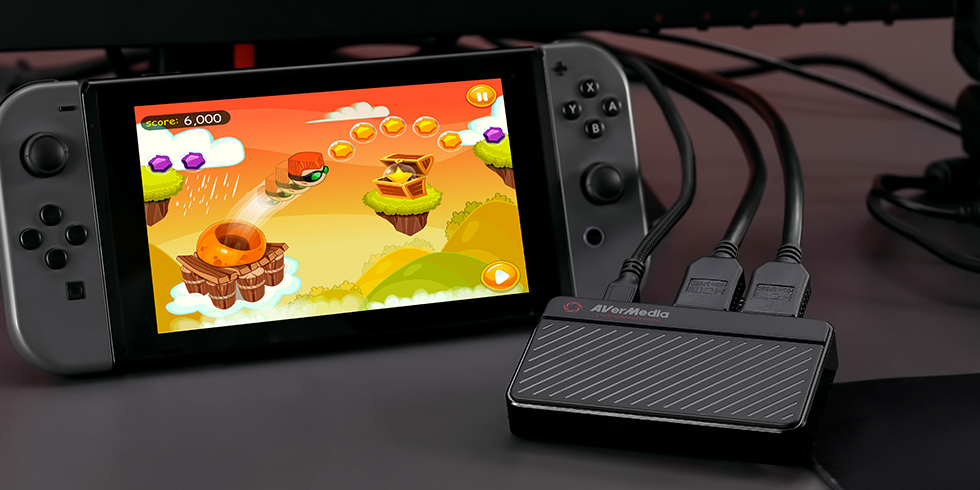 The first thing you’ll notice out of the box is the size of the unit. This little guy is tiny and extremely light, which is fitting as it is the smallest capture device AVerMedia has released so far. But, it’s not too much smaller than the alternative recording devices. For size comparison, the Nintendo Switch is shown next to the device above.

Even if it may be inferred with its size, calling this capture card “portable” would be a bit disingenuous, as it requires another machine in order to record. Unlike the LGP2, the Live Gamer MINI doesn’t have a “hot button” that allows you to record away from your machine. Without this function, there’s little point in boasting about the size of the card because AVerMedia’s cards are already a nice, compact size to begin with. If you were to take this card to another location to stream, it’s likely you’re taking your machine as well.

As a streaming novice, the Live Gamer MINI is very newcomer friendly. Previously, I used 2013’s Elgato Game Capture HD, which pales in comparison to modern cards. Set-up was as simple as plugging the micro-USB to USB2 cord into my computer and plugging in the HDMI cords in their respective places. Almost immediately, the card was available to use, but besides a few tests with OBS, most of my testing was through AVerMedia’s own program, RECentral 4.

My previous card had a major issue when it came to displaying on my computer. While the picture looked fine, the input delay required me to have a second monitor to play the game. The Live Gamer MINI may not be completely latency-free in this way, but it’s actually playable. It’s still recommended to use a second monitor as the sound will be desynched as well, but if you’re in a pinch and you can get by with a little bit of input lag, it’s doable. Being completely lag-free is a difficult task to tackle, but fortunately the HDMI pass-through works flawlessly. 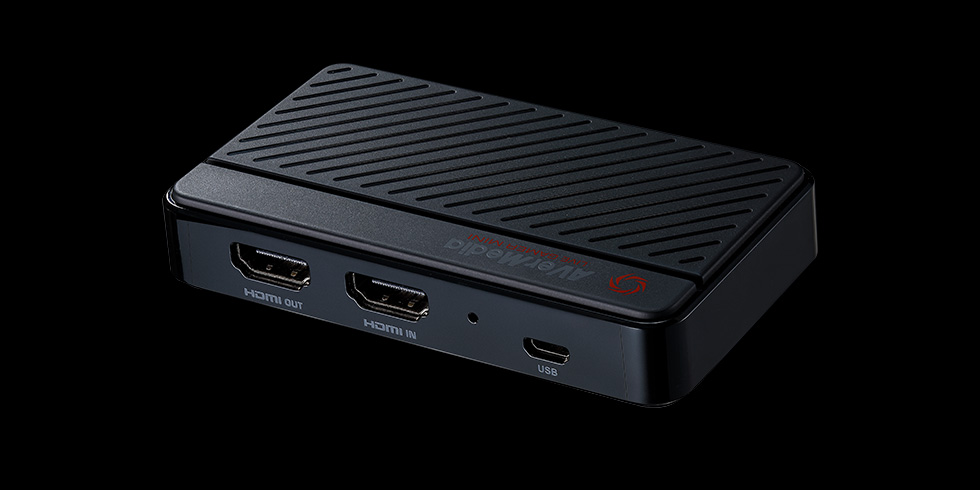 There are just three inputs. Two for HDMI, and one slot for a Micro USB.

What’s most impressive is that AVerMedia was able to put in an H. 264 encoder into the card. If you’re using RECentral 4, the card will automatically encode your video without using any of your CPU. Any recording you make with the program will automatically be YouTube ready without any further encoding.

RECentral itself, like we mentioned in our review of the Live Gamer 4K Capture card, is a good alternative to OBS. Through the program, you are able to have multiple scenes, get a gauge how much space you have left on your hard drive in the form of minutes, and you can easily switch from streaming to recording with the flick of a button. To make things more convenient, it’s easier than ever to stream to multiple platforms at once.

In the recording above, I managed to record Cuphead and Super Smash Bros. Ultimate at the same time without suffering any performance on my computer. Cuphead was still the smooth, vibrant game it always was, and the capture card didn’t appear to negatively affect my CPU at all. This video is taken directly from the recording through RECentral, showing that yes, anything you record for it will instantly be upload ready.

Overall, the Live Gamer MINI is a good entry point for new streamers at $129.99. It successfully records 1080p60 gameplay without any wear on your streaming platform, and with RECentral, you can get .mp4 video directly from recording without any additional steps. While it may not be latency-free on your monitor, there is less latency than other cards on the market around the same price.

AVerMedia’s Live Gamer MINI is a great affordable capture card for someone just getting into streaming and recording game content. The built-in H. 264 encoder works flawlessly to not put any strain on your machine while using RECentral 4, one of the easiest-to-use programs for game capture. However, its portability is overstated, as it does not feature hot-button recording other devices have. If you're planning on recording gameplay away from your usual setup, be prepared to carry a computer with you.

Sean Anthony likes to combine two of his passions: gaming and writing. Gaming has been a huge part of his life ever since he played his first game as a child, Kirby's Adventure. He aspires to have his name attached to an article that makes the whole world go, "Huh, that's neat, I guess."
Related Articles: Hardware, Live Gamer MINI
Share
Tweet
Share
Submit