Have you ever played a game that you can tell is great, but you just don’t enjoy it for whatever reason? I’ve played a few, Super Metroid probably being the most controversial for me, and So Many Me unfortunately falls into that category. I believe that it is impossible to write anything entirely objective, but I’m going to try and hold back my opinions and bias as much as I possibly can in this review. Having said that, let’s get what I thought of So Many Me Extended Edition for the Nintendo Switch out of the way: I found this puzzle platformer to be too difficult, esoteric, and confusing to enjoy it. I felt that the puzzles required a precision similar to brain surgery and the kind of precognition that human beings simply do not possess, and yet I can tell that the kind of people who would enjoy those things would adore this adorably cute title.

Filo, an adorable green blob thing, is tasked with saving the world by an ancient spirit who is also an adorable green blob thing but this time with a beard. He readily accepts the burden without actually listening and begins his journey. Over the course of the first few levels, he encounters strange green seeds which, once touched, create a clone of Filo that follows his every move. This is So Many Me’s gimmick: use your clone army to reach the end of each level. Filo and his clones can also temporarily turn themselves into blocks that the others can use as platforms, to hold down switches, block hazards, and much more. While your goal is simply (that’s what we in the biz call a joke, it’s nowhere near simple) to get to the end of each level, you’ll also find at three collectables scattered throughout every area. These include rings to purchase new items and abilities, shopping bags containing costumes to dress up your various Mes, green seeds to create new Mes, and blue seeds to unlock new items and abilities for purchase. 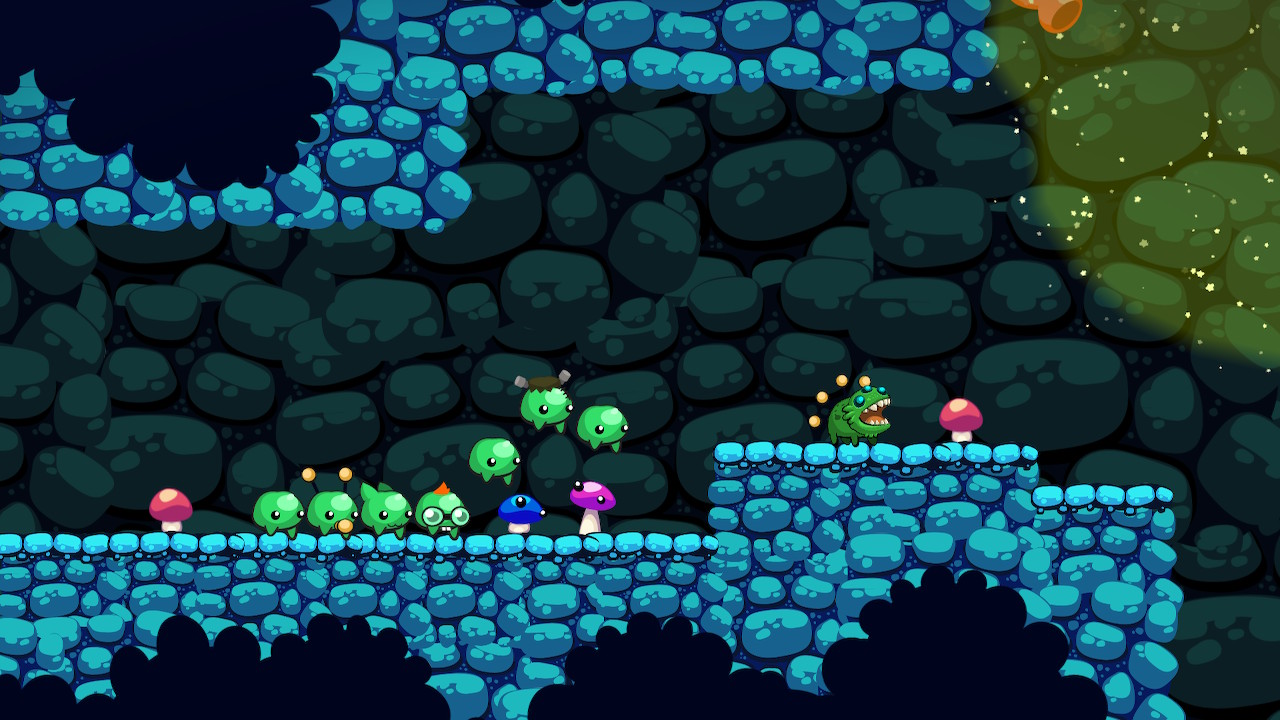 On your way to the goal, you’ll encounter a plethora of obstacles and foes to contend with. There are standard enemies that can be defeated by jumping on them or using them to solve puzzles, platforms and doors that can be operated by standing on switches, missile launchers that can break certain surfaces, sentries that will kill Filo and co on sight, flowers that spew gas that prevents you from transforming into a block, and the classic spikes that no platformer is complete without. Any and all of these hazards will kill you instantly in a single hit, so you have to be careful and quick to avoid them.

Platforming is essentially a non-issue since you can transform a clone into a block to fly wherever you need to, so surmounting these hazards is the meat of the game. You’ll have to make them interact in interesting ways, for example, getting an enemy to carry a keycard through lasers you can’t pass through. However, after the brief tutorial, the game immediately throws some brain busters at you; there’s no real difficulty curve here, it’s more like a shear wall. Solving puzzles here feels less like coming to an understandable solution and more like figuring out how to break the game. And you have to break the game exactly the way it wants you to or you’ll quickly fail. You can check out the gameplay video above to see what I mean. There are some jumps that have to be pixel perfect and some hazards you can only avoid by a millisecond, it’s a game for perfectionists. 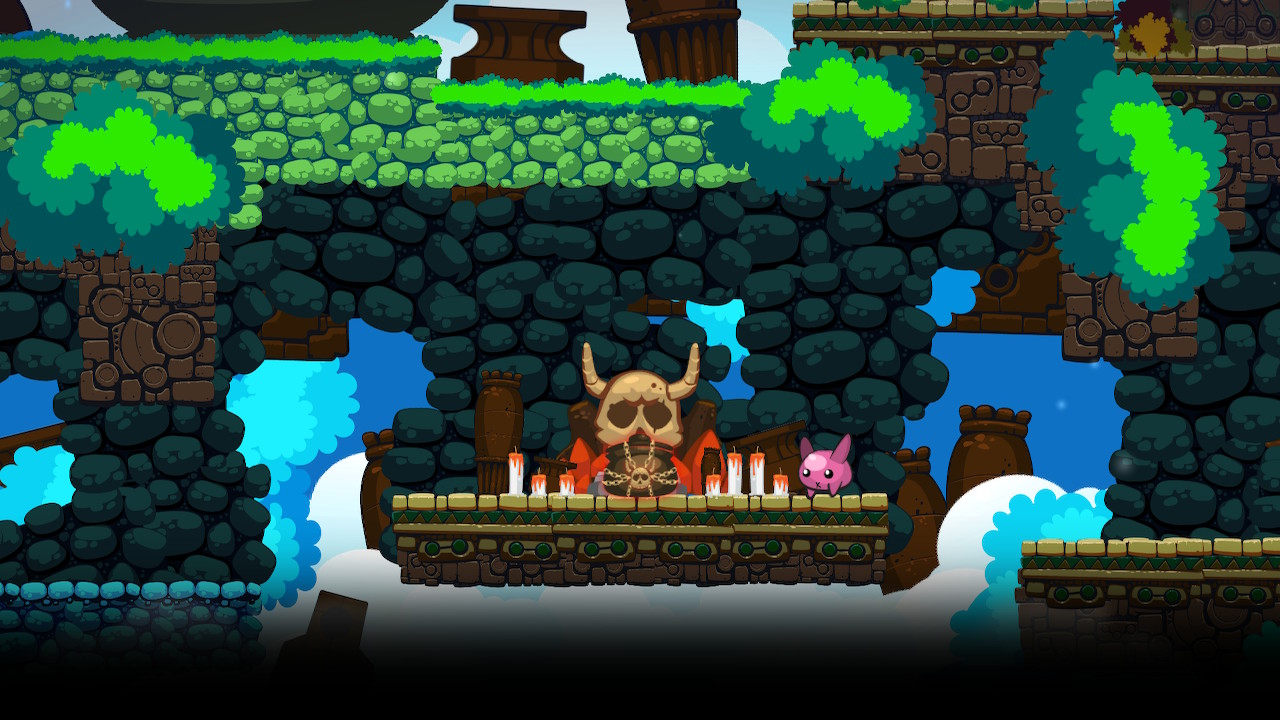 As you can tell from screenshots, the game is super cute. It has a soft, cartoony aesthetic and music that possesses a calm yet inquisitive vibe to it. In the rare moments of dialogue, it’s also fairly funny. Nothing that will make you bust a gut, but it’ll get that weird kind of laugh that’s really just exhaling through your nose quickly out of you a few times. The art style, humor, and music didn’t stop me from feeling frustrated and confused throughout the experience, but they did help a little bit and add some charm.

So Many Me Extended Edition

I found So Many Me Extended Edition to be extremely frustrating. It requires laser precision and a psychic amount of forward thinking that makes its skill floor very high. However, if you enjoy throwing yourself at puzzles over and over, bending a game’s mechanics until they succumb to your will, and collecting everything you possibly can, you’ll find a lot to love in this small, adorable package.

David is the kind of person to wear his heart on his sleeve. He can find positives in anything, like this is a person who loved Star Fox Zero to death. You’ll see him playing all kinds of games: AAAs, Indies, game jam games, games of all genres, and writing about them! Here. On this website. When not writing or playing games, you can find David making music, games, or enjoying a good book. David’s favorite games include NieR: Automata, Mother 3, and Gravity Rush.
Related Articles: Indies, So Many Me Extended Edition
Share
Tweet
Share
Submit