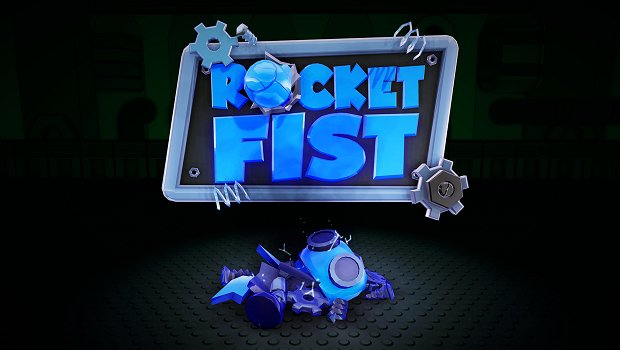 I’m pleasantly surprised by the quality of games found on the Switch for $9.99, especially given how early the system is in its lifecycle. There’s no shortage of cheap eShop experiences on tap, from the excellent Mighty Gunvolt Burst and Blaster Master Zero to surprise titles like Ultra Hyperball. Bitten Toast’s Rocket Fist is now available on Switch, and hopes to bring some frantic four-player action to the Nintendo console. While light on content, it’s a solid pick-up-and-play game that’s a hoot with friends.

Rocket Fist is basically what it says on the box: You have a rocket fist. You fist others. (I’d be remiss not to mention that this is officially in the marketing materials, so get your head out of the gutter!) Within different arenas, you and three other friends (or computers) roll around as robots hitting each other with your rocket fists. After you shoot your rocket fist, you’re vulnerable to attacks, so you must retrieve it before attacking again. This simple but accessible premise is played with a joystick and one button, and it’s surprisingly robust for what it’s worth. That’s really all that needs to be said about the game, and it does what it came to do.

The gameplay is engaging and a blast to play if you’re looking for a local multiplayer title. Since all you need is one Joy-Con per player, getting at least two people to play is a cinch to do, and if you have an extra pair, four player matches are relatively easy to create. You can either set rules to make it so that players are judged by how many kills they get, or set it where players are allocated lives; get to zero, and it’s game over. The physics and presentation have a very casual feel to them, and it can get crazy fairly fast. The portability of the Switch is perfect for this game, as the single screen action is large enough for four players to see themselves on screen without much difficulty, even with four people hunched towards the screen. It doesn’t suffer the same visibility flaws of something like Fast RMX, and it’s a great tech demo to show off your shiny new console undocked if you don’t want to grab a copy of 1-2 Switch.

“Everything’s on sale during Christmas in July!”

If you have no friends—erm, want to practice by yourself–there’s an included adventure mode that acts as Rocket Fist’s single-player mode. Here, you’ll play through five sectors of four levels each, with boss battles at the end of each set of four levels. This is where Rocket Fist shines, as it brilliantly highlights the chaotic nature of the game. Each sector has another enemy to defeat, and you can have several enemies on-screen at a time. It can get tough on later levels, and you will probably beat it in about an hour, but it’s a pretty nice addition for something that should be a multiplayer experience only.

The boss battles are a highlight of the campaign, though you might want to tear your hair out once or twice.

The local multiplayer mode feels a bit barren compared to the single player mode, which is a real shame considering it’s so fun. While you can play with bots, the game is much more enjoyable with four human players, as the game is at its most entertaining with couch multiplayer. Because the controls are simple to execute, I was able to hand a Joy-Con to non-gamer friends who were able to dive right in, and it created some pretty vicious competition among us. However, it doesn’t have the bells and whistles of the single-player mode, so you’ll only be up against four different robots rather than an assortment of enemies. It would’ve been cooler to have a local co-op mode, or some other enemy bots that you could beat up for extra points, but as it stands, it’s serviceable for what it does. There aren’t too many customization options, so those looking for a deeper and more nuanced experience ala Smash Bros. should look somewhere else.

While I do contend that the portability of the Switch makes Rocket Fist perfect for this console, it unfortunately falters in some of the content that other versions provide. While a little more pricier than the Steam version, the Switch version doesn’t have online play, nor a level editor (where you can create new terrains in which you can destroy your friends); I think these two things would have made this a perfect party experience, but as it stands, they’re glaring omissions.

Rocket Fist for Switch is a great party experience when you want, well, rocket fists! While this version of the game omits some content from other platforms, the simple and accessible controls mixed with some lightning-fast gameplay is a great recommendation for your next four-player game night.

Elisha Deogracias is an aspiring accountant by day, freelance writer by night. Before writing for Gaming Trend, he had a small gig on the now defunct Examiner. When not being a third wheel with his best friends on dates or yearning for some closure on Pushing Daisies, he's busy catching up on shonen manga and wacky rhythm games. Mains R.O.B. in Smash. Still doesn't know if he's a kid or a squid.
Related Articles: Indies, Rocket Fist
Share
Tweet
Share
Submit