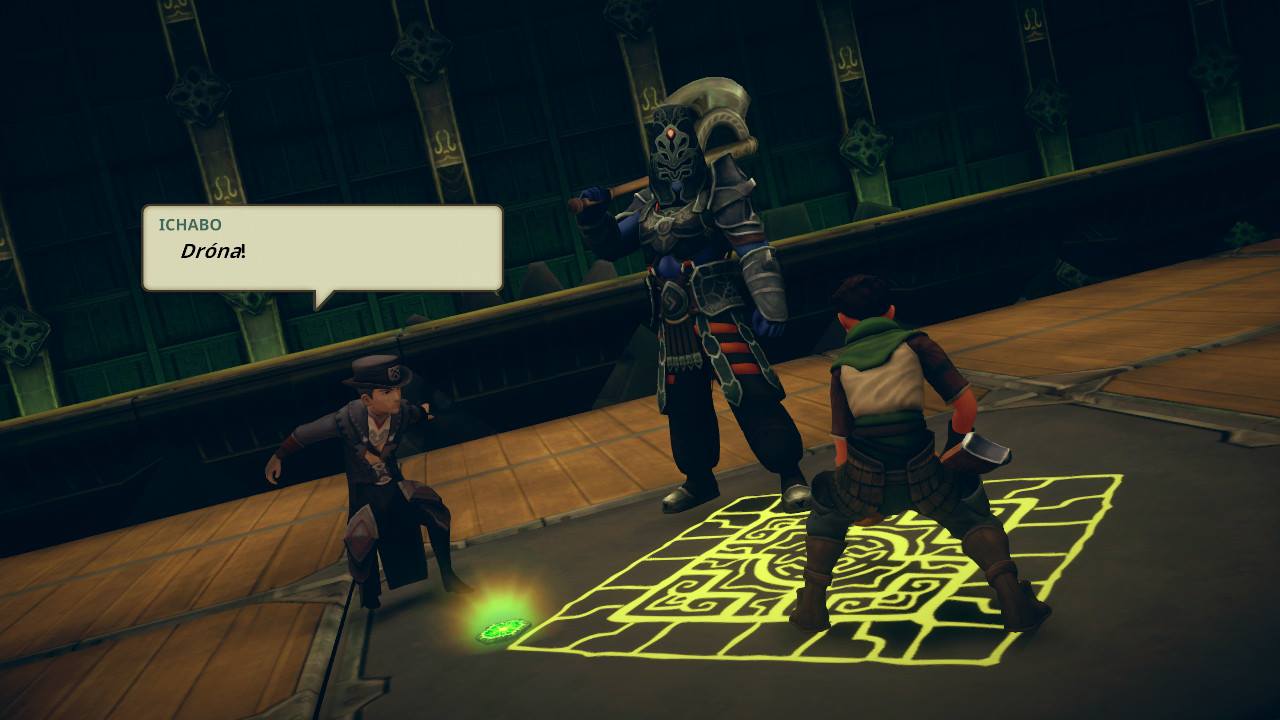 Sometimes games are a disappointment. Budgets, time constraints, and even the limitations of technology can all conspire to undo the best of creative intentions. In 2016, Earthlock turned out to be one of those titles. This gorgeous indie game came to life thanks to a successful Kickstarter campaign, but when the negative reviews started rolling in, developer Snowcastle Games agreed with the general dissatisfaction of critics and players alike, and opted to halt work on Earthlock 2, instead choosing to invest in revising the game so it matched their promises and expectations. I’m delighted to say that those efforts have paid off, and that Earthlock is a genuine treat for RPG fans.

Earthlock never had a problem where graphics are concerned; it’s gorgeous and always has been. Backgrounds have a soft, hand-painted feel, and environments are powerfully atmospheric. Jungles and swamps are so rich and lush you can practically feel the humidity, while deserts are sweltering hellholes that will leave you feeling faint as your characters quite literally drop from exposure. The music is quiet and atmospheric, and while it’s not quite catchy enough to leave me humming the tunes, it definitely set the mood. The game runs smoothly, though the load times between maps can be noticeably long.

The real beneficiary of the rework of Earthlock is what suffered most in the initial release: The story. Where there was once a contrived, fragmented, and confusing rush to move you from one area of the map to the next now lives a flowing and interesting narrative about family (odd though it may be), loyalty, and forging odd friendships among an eclectic group. While it’s not revolutionary in its plot, Snowcastle Games has done a good job of weaving together an interesting little tale.

Each of Earthlock’s six characters has their own way of battling, as well as unique overworld abilities. A scavenger by traid, our leading man Amon is able to harvest useful items from scrap heaps, and his bracelet can hold magic charges, the key to operating ancient technology. The adorable and well read hogbunny, Gnart, is able to harvest berries which grow in the wild, then replant them as cultivated goods, which you can use to craft items and ammunition. The studious Ive can sneak past enemies and read treasure maps, while her pet stormdog can sniff out and uncover buried treasure. Gnart and Taika, being of slight stature, can reach areas of the map that their taller teammates are blocked out of, while PAT wizzes across the map at twice the speed of anyone else. I found plenty of reason to use every character on my team, both in and out of battle, which kept me feeling attached to all six, and encouraged me to play with all of them, rather than sticking to one set of characters the whole game.

The world of Umbra is filled with hidden treasures, side quests, and even frog-producing trees you can plant in pretty much every city, unleashing a unique kind of plague upon friend and frenemy alike. You even have your very own, heroes-and-frog-people-only private island where you’ll be studying treasure maps, tending to plants, forging weapons, and creating Talent cards to improve character stats. Plumpet Island is finally more than just a pretty place which allows you to warp to different locations; rather than manually running back and forth, the rework truly sets it up as your base of operations.

The game’s turn-based combat is simple on the surface, but you’ll want to familiarize yourself with all the various skills and stances of your team, unless you want to spend a lot of time grinding. One of the features I most appreciate in Earthlock is the short conversations characters have upon entering a boss battle. I didn’t think much the first time Amon announced, “This will be a tough battle, but we are strong enough,” but it quickly became apparent that this was the developers sending me a lifeline, warning me if I had accidentally wandered into a battle I wasn’t equipped to win. That’s surprisingly easy to do, as there are bosses hidden all over, and I managed to wander into a mid-late game boss while I was still only level nine. The warning that I should probably come back later was quite the time saver, and very much appreciated.

Just as you have a lot of freedom to explore the map in Earthlock, you also have a great deal of control over your characters’ stats. Instead of using a tried and true stat point system, where characters gain a certain number of stat points every time they level up, Earthlock uses a system which rewards you with Talent Points, which can be used to place a Talent Card on a character’s aptly named Talent Board. This means that you can build your character as you see fit. If you want Amon to be a glass canon, all speed and attack with no defense, then just keep stacking speed and attack boosts and watch him go! There are few rules for the Talent Board, simply that each card placed must touch a card which is already active, and that you have to match the card to the type indicated on the board. Cards are broken up into three types, stats, perks, and abilities; stats provide a number of stat boosts to your character, talents provide boots to things like elemental resistances or bonus damage, and abilities give you new options in combat. You earn Talent Points, which allow you to place a card, each time you level up, as well as through through increasing your bonds with your teammates.

Bonds are one of the more fascinating mechanics in Earthlock, and really helps you get a feeling for the synergy between characters. Up to four characters can enter combat together, and those four will be broken up into two pairs. Each time a character contributes to battle, be it doing damage, healing, or providing some other kind of support, the bond meter with their partner will start to fill. The more the bond meter fills, the closer those two characters will grow, creating a whole host of benefits for that pair, including stat boosts, resistances, and even automatic healing at the start of combat. Leveling and exploiting these bonds and stacking your team with the right set of talents and movesets can mean the difference between a long, brutal battle and a fairly quick victory.

Combat is based around stances, which allow characters to access different types of moves. For example, Amon is a thief up close, stealing items and causing his enemies to bleed out, but he can also switch to a Blaster stance, where he uses a small canon to pelt his enemies with different kinds of spuds, very useful during encounters with flying enemies who are out of range of his dagger. Once the bond meter between two characters is filled, they gain access to a special, or S Stance, allowing the character to unleash a truly devastating attack, or a battle-changing burst of healing.

Instead of relying on magic points, Earthlock uses Ami squares. The more powerful the move the more Ami are required to pull it off. Characters start each battle with a full Ami bar, and generate Ami at the end of each turn. You can conserve Ami by using one-Ami attacks, or blow them with a powerful three-Ami skill, then spend a turn resting in order to get back into the fight. While it’s not an overwhelming system, there is no small challenge in learning to manage your stances, moves, and Ami. At times I found myself wondering if I just needed to grind out a few more levels, or if I just needed to experiment more and find a better strategy.

A beautiful game which features a host of challenging boss battles require tactical thinking, useful characters, and a big world to explore, Earthlock delivers a solid experience which scratches the turn-based RPG itch. Its fourteen hours of game play swells thanks to a ton of side quests, hidden bosses, and lots of things to craft and collect, and is a true indie delight for any fan of the genre.