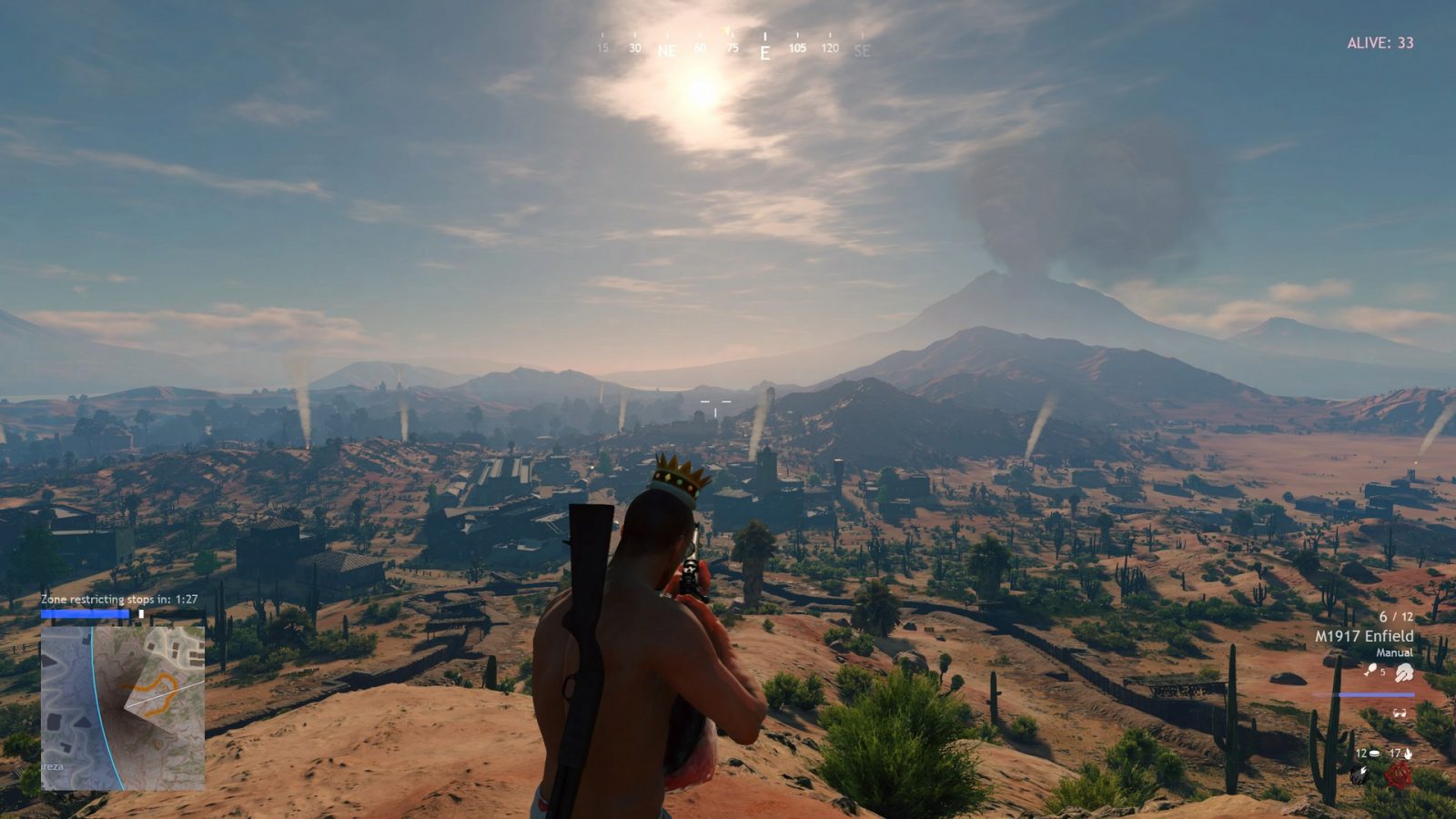 The recent prevalence of the battle royale genre has both positively and negatively impacted gaming. Two of the most commercially successful titles of the genre – PUBG and Fortnite – have brought both substantial and shallow trends. One of the more regrettable trends is the cavalcade of sub-par battle royale clones trying to jump on the monetary bandwagon. Although, every once in a while, a copycat release comes along to break the mold of mediocrity. This imitator is Cuisine Royale, a ludic serving of ridiculousness, balance, and solid gunplay. If you are looking for a fresh PS4 freebie, there is little reason to not try this strange concoction of genre convention and culinary pleasantries. 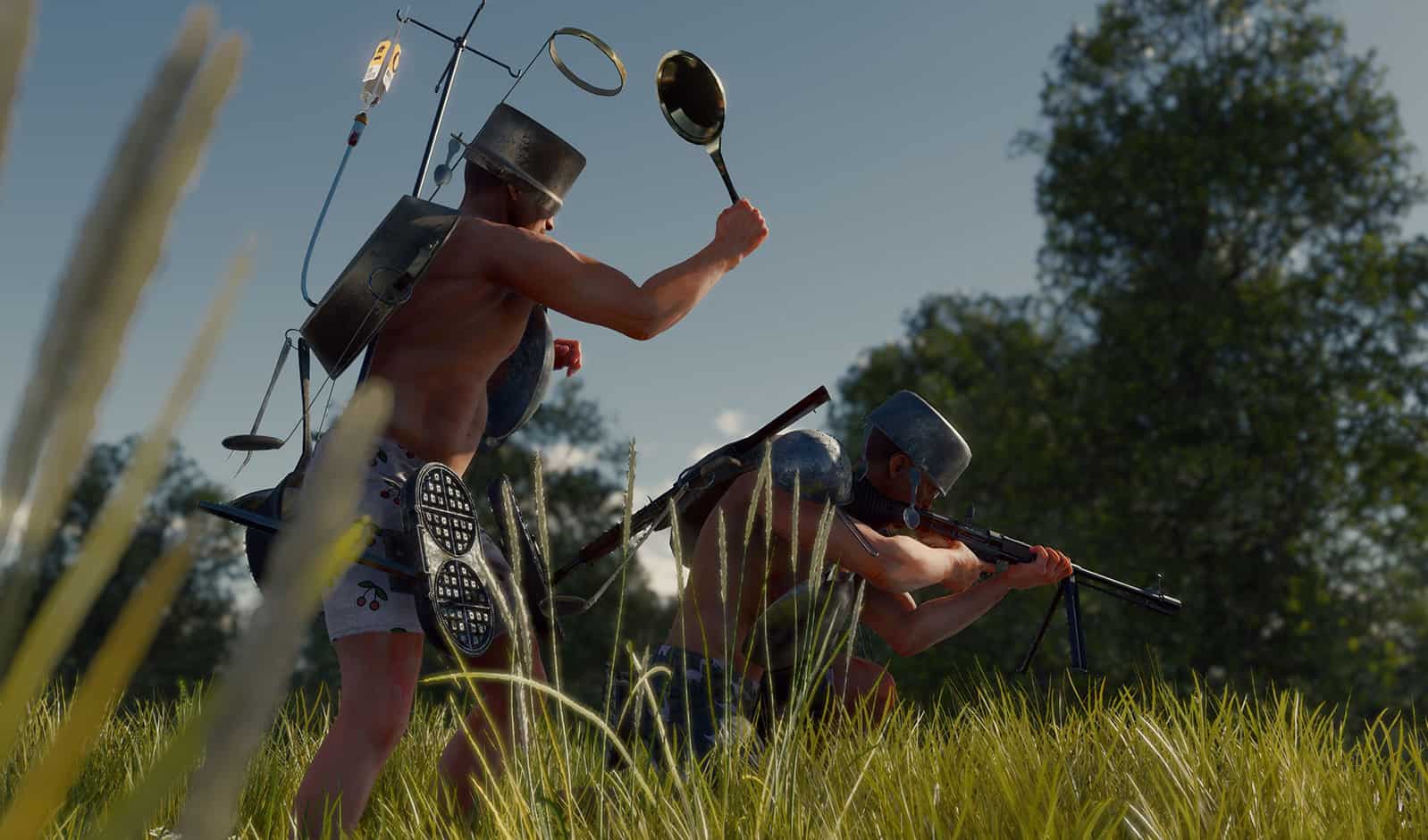 Unlike some of its battle royale cousins, Cuisine Royale feels right-at-home on a console platform. Movement is very fluid, and sluggishness is virtually non-existent. These seamless controls make the gameplay a bit more fast-paced than what veterans of this type of game are used to. Moreover, realism is not prioritized – condensed edge-of-your-seat action is the main focus here. The game does not include pre-match map drops, dispensing with the unneeded protraction that wastes your time. Once you join a game, a battle with 40 players begins. Weapons and food copiously litter the map’s interiors for an immediate evening of odds. Consequently, the game’s expeditious nature shall alienate those looking for something slower-paced. For me, this format is focused and enjoyable.

Four classes are available, each with a unique ability. I will refer to them by their nicknames/forenames. There is ‘Dozen,’ a bestial cowboy, “Pin-up,” a time-slowing cowgirl, “Itz,” an Aztec Chieftan, and “Torden,” a Norse thunder god. Their respective abilities are activated with battle souls, which can be acquired by killing players and saved in between matches. From invulnerability to bullet time, these temporary abilities add extra depth to each session. Considerations of factors like cooldown conservation and timing are tantamount to victory. If you are concerned about any overpowered exploits, do not worry. These abilities are balanced, and there seems to be no problem regarding hitboxes. Unfortunately, however, the Aztec and Norse characters are locked, requiring an extreme grind or a microtransaction. 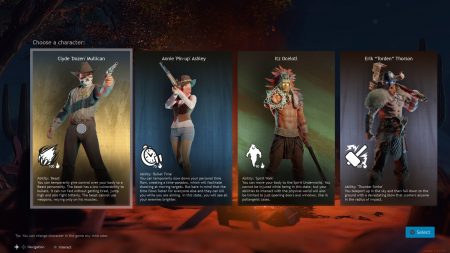 The game offers two maps for the absurdity to take place. A war-torn Normandy is one of them. Bombarded houses and army bunkers are a common sight as you travel across a snowy landscape. Armour, vehicles, and weapons from World War II are waiting to be uncovered in those abandoned areas. These include the Stahlhelm, the Willys MB Jeep, and the Luger pistol. The other option is Mexico, which juxtaposes magnificent canyons with Aztec tombs for you to uncover (you will get chilling Temple of Doom vibes). Both maps are quite large, and the relentlessly closing zone encourages constant pushing forward. As a result, you will never be in one place for too long, allowing for the map exploration to be more intense and exciting.

Currently, there is no duo matchmaking for the PS4 release – only solo and squad are available. As for the latter mode, it is a mixed bag. Fallen teammates can be revived by retrieving their heart and placing it on a ritual bonfire; à la Apex Legends’ spawn beacon system. Similarly, akin to that EA title is the ability to notify your squad of items with a ping-esque button prompt. Unfortunately, neither of these additions are very intuitive, and the team-based combat is overly frenzied. As for now, I recommend heading out as a lone wolf. 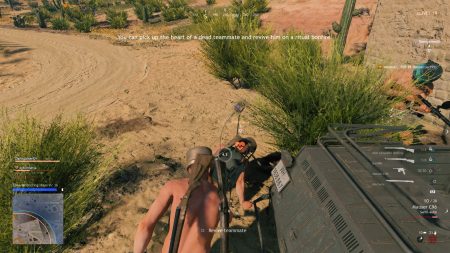 From the outset, it may look like another cheap clone vying for trendy relevance. On the contrary, the game is not an attempt of avarice, but of passion. Developer Darkflow Software’s primary focus is making matches a blast to play. Humorous cosmetics, seamless gunplay, and a plentiful selection of weapons and abilities meld into a solid foundation. There may be glaring issues such as poor animations, inherent genre trappings, and a lack of death boxes. However, if you stick around, Cuisine Royale’s moment-to-moment gameplay grows on you. So, brandish a frying pan, equip your buttocks armor, and prepare to butt heads with players wearing colanders as helmets.

While not the cream of the crop, Cuisine Royale is undoubtedly a high-tier contender in the echelons of the battle royale genre. It serves up a set course of craziness that is likely to satiate your craving for quality, competitive goodness.

Lorenzo is a 22 year-old Londoner and lounger. The mysticism of games criticism is his shield from any career that involves manual labor. Moreover, he wants to bring unique critical approaches to the realm of the Eighth Art. His favorite games include Red Dead Redemption and its sequel, Shadow of the Colossus, and The Last of Us.
Related Articles: Cuisine Royale
Share
Tweet
Share
Submit