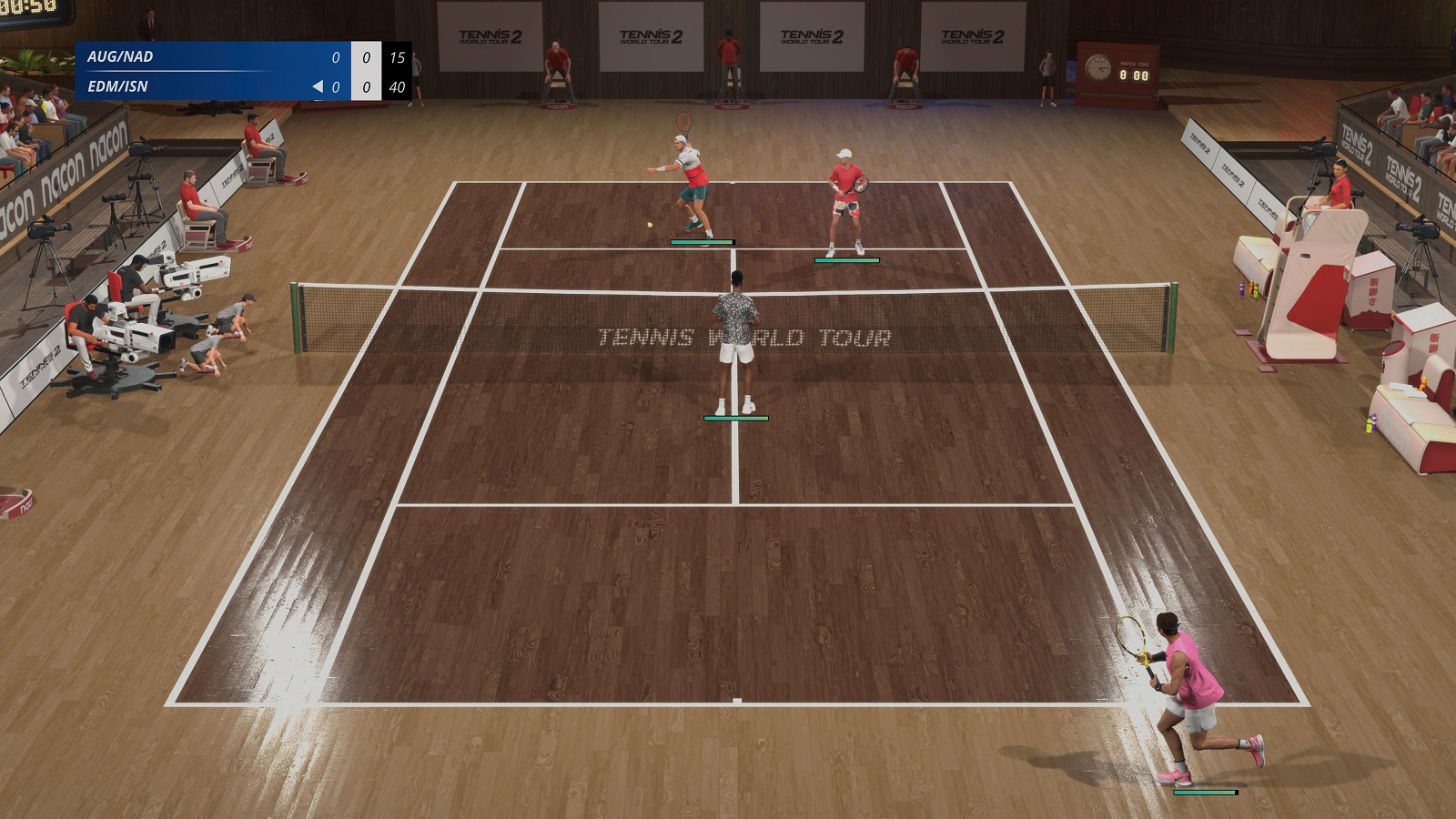 I’m not an athletic lad, but I do enjoy tennis on a casual level, so much so that some of my favorite gaming experiences involved playing Mario Tennis and Virtua Tennis with my brother. These were some of the best sports game memories I had growing up, and I miss the fact that there aren’t that many tennis games out there. Thankfully, a few companies have stepped up to serve out their own takes on the game, with Tennis World Tour 2 coming out as a Complete Edition on next gen consoles. While it’s not the greatest way to play the sport, it’s still a decently serviceable title for dedicated tennis fans.

At first glance, tennis is a sport that doesn’t seem like there would be much terminology or mechanics that would complicate matters. You have one or two players on each side of the court, and you have to make sure the tennis ball isn’t returned by the opponent. There are a few different things that are unique from other sports (the unorthodox scoring scheme, the fact that hitting the ball out of certain lines counts as an out, etc.), but the basics of the sport take about a couple minutes to explain.

In a way, arcade tennis games like the aforementioned Mario Tennis or Virtua Tennis simplify the experience to create a fun, accessible game for anyone looking for a casually good time. However, games like AO Tennis 2 or Tennis World Tour 2 go the simulation route, with a huge emphasis on shot types and movement-dependent swings. There are four main types of shots you can use corresponding to the face buttons, and holding R1 in conjunction with some shot types will change them as well. If you’re in a position where you can’t return a ball, mashing buttons won’t help you here. Hitting a drop shot (which is putting the ball near the net) and then following up with a lob (normally a counter to net players) is a good strategy for someone who doesn’t have the stamina to continue, for instance. 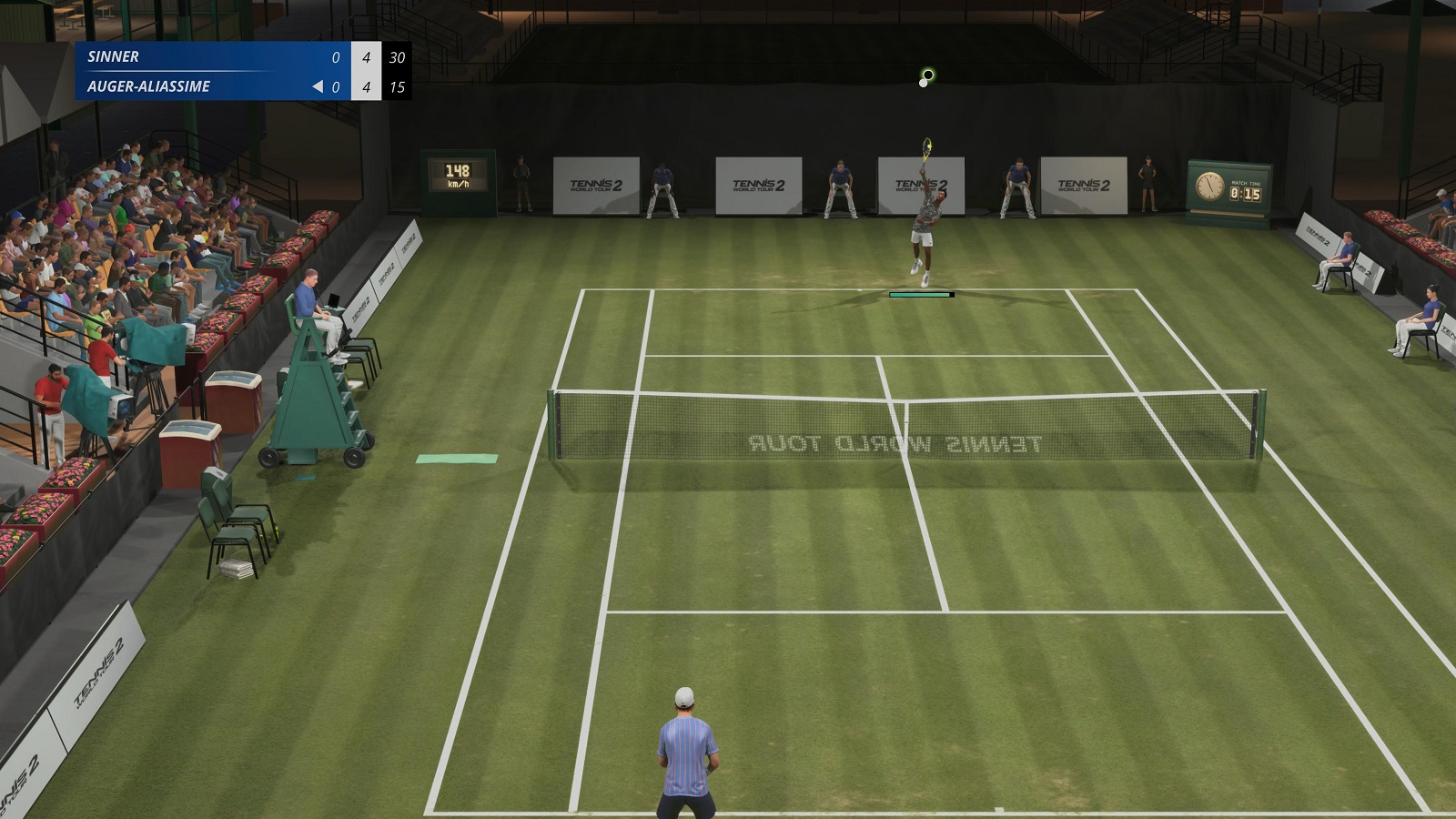 In addition to these movement-based techniques, there are two different swing shot types. Pressing in time quickly to return the ball is precision, which is weaker but grants more control over where you swing, while power is a slower but stronger shot where you hold a button to charge and then let go when you want to swing. These techniques put a spin on how to mix up your playstyle, and once you can find how to consistently do the shot type you want, the game becomes much more enjoyable.

Now Tennis World Tour 2 prides itself on how much content is in the game, and considering the PlayStation 5 version has all previous DLC and then some, I’d say there’s a ton here to satisfy the veteran fan. This version comes with the Legends DLC pack, which includes stars like Andy Murray and Maria Sharapova; in total, there are 48 athletes from which to choose, and it’s a solid roster for those who keep up with the sport. The game even has the players’ signature moves recreated here; it will go unnoticed for casual players, but I’m assuming Federer fans and other dedicated players will enjoy this attention to detail. There are also tons of stadiums to select, and you can customize each of them with different court environment and temperature types (which will affect factors like ball speed and stamina loss, among other things). In addition, you have things like career and exhibition mode, as well as the option to participate in tournaments like the Roland-Garros or make your own. I enjoyed the wealth of content here, but now here’s where things get a bit rough. 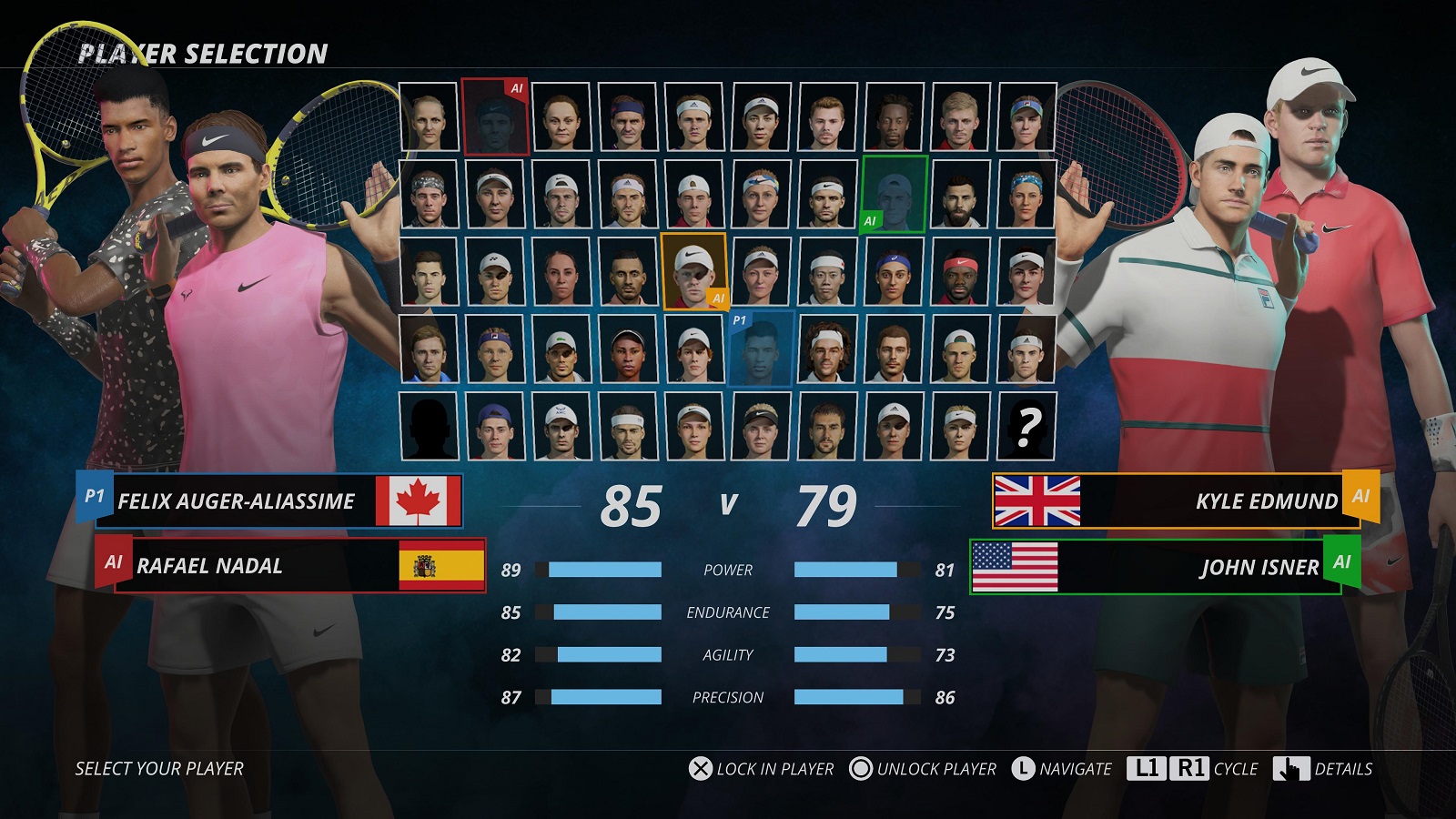 The PlayStation 5 version touts next-gen presentation and graphics, and while it isn’t a remarkable step up from the PlayStation 4 version, I can definitely see how the loading times were shortened. The stadia (I actually didn’t know this plural form of stadium until now!) are rendered well, with the details surrounding the courts a wonderful touch. However, the character models themselves look a bit underwhelming, with facial animations being adequate at best and wooden at worst. It’s a mix between “serviceable human model” and “weird uncanny valley”, and the characters look best from a distance. 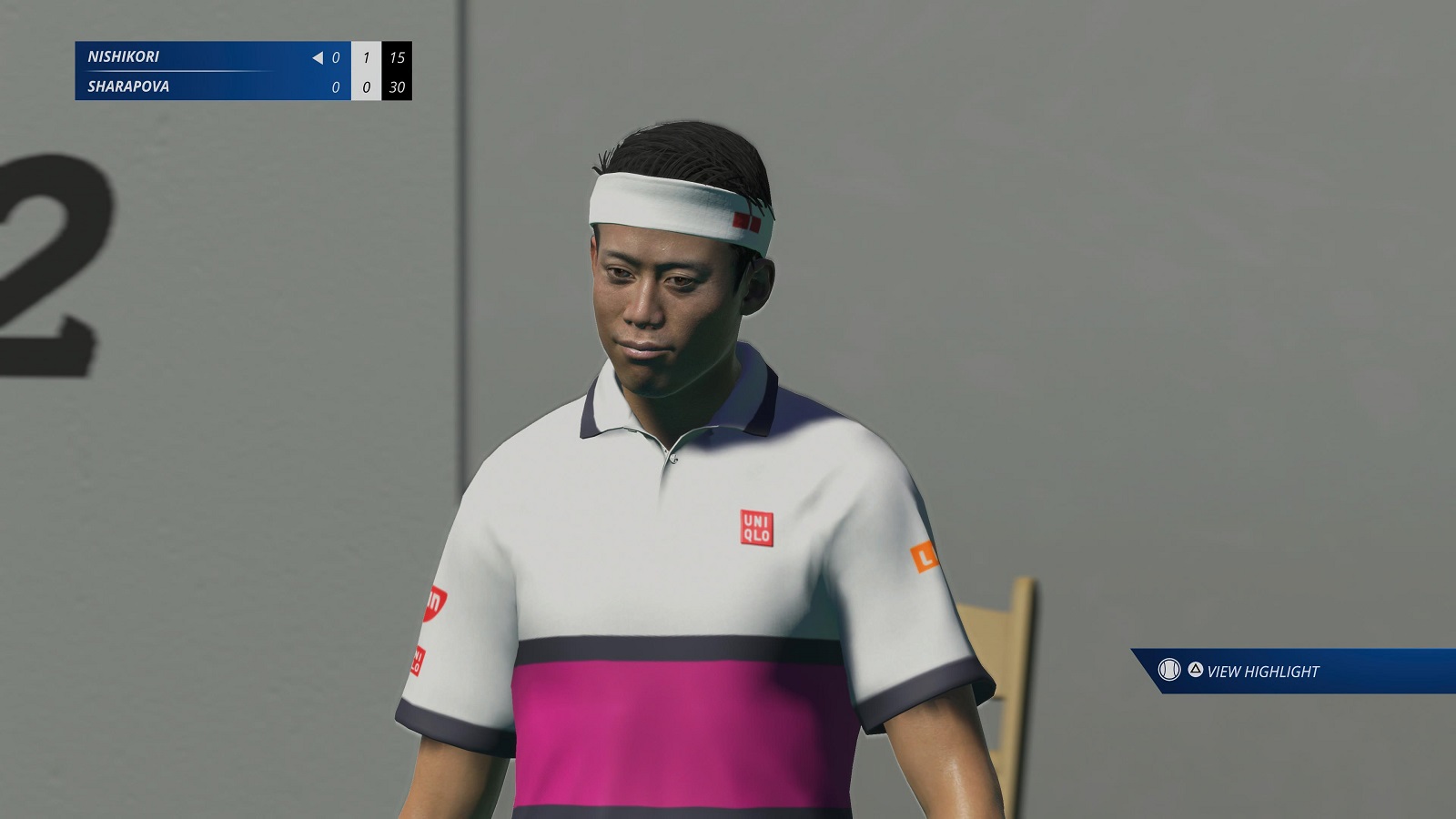 In addition, the character customization in career (which you’ll spend the lion’s share of your playtime in single-player) is very limited, with only a few dozen choices for any given accessory, if that.  When you first start making your character, you only have a few tops to pick from, and you slowly unlock the ability to buy them as your level goes up in career mode. It’s a bit too much grinding for my tastes, and the fact that you’re only rewarded with a handful of customization options here is a bit jarring compared to the other content the game provides. It’s as if the developers spent their time crafting the roster and playable stages but forgot the importance of a Create a Character aspect in career. It would probably have been better to just omit this feature entirely and allow you to select an actual tennis star to use in this mode instead. 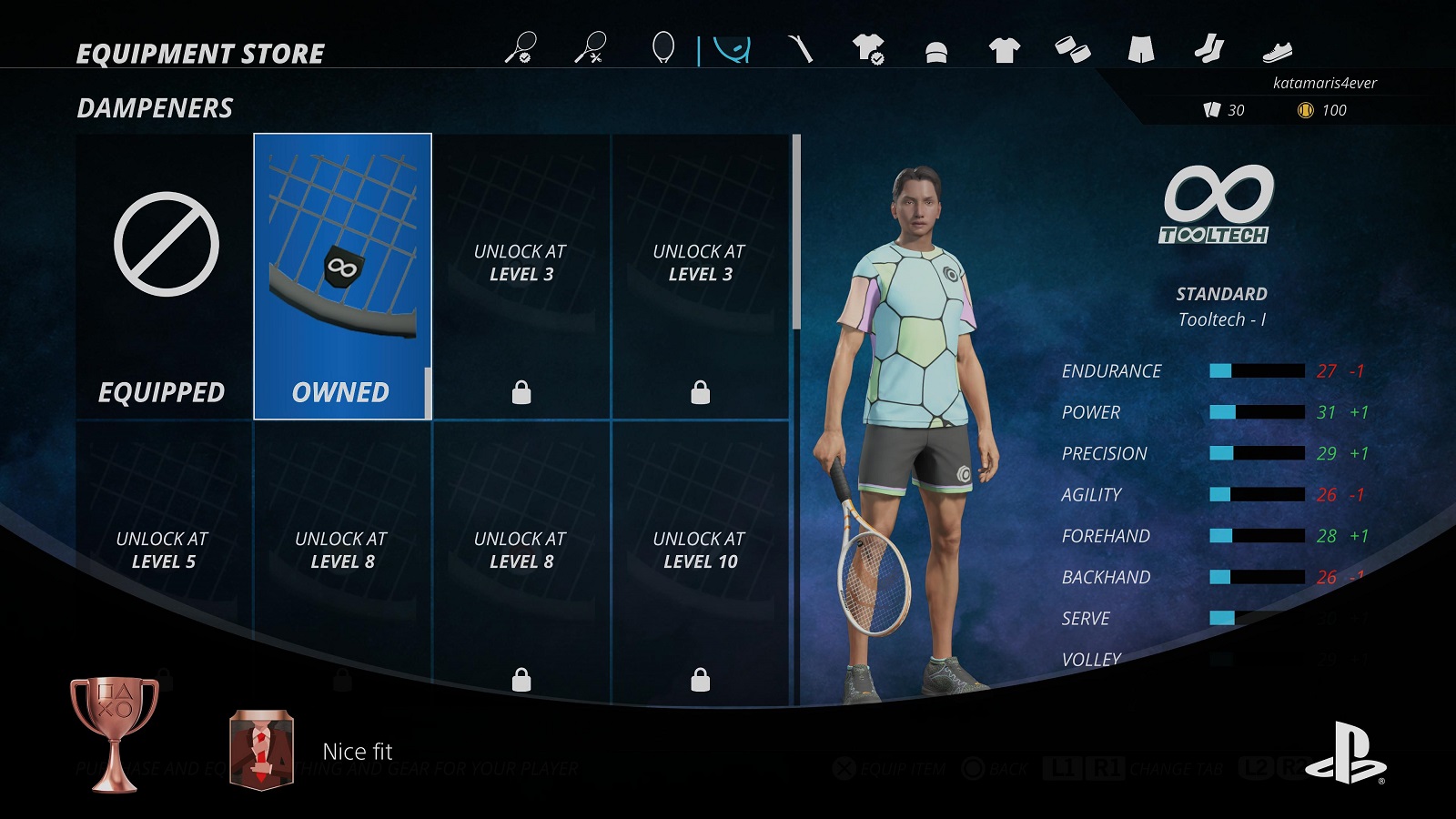 What there is customization on is in the card system, which will allow you to perform different power moves or hinder your opponent in different ways. They act as consumables, so you best use them wisely for hard matches. While it’s a unique take on the simulation genre (since these games pride on being realistic, having this… unrealistic aspect is jarring), I felt that these cards were unnecessary and caused a bit of a deterrent in playing the game normally. Thankfully, you can disable cards when playing exhibition matches, but I feel like Tennis World Tour 2 gravitates toward this aspect a bit too much to my liking.

Also, I want to add that this game is better with friends than bots; even on the easier difficulties, it felt like the AI kept running laps around me in some matches but then would do some stupid things like Double Faults consistently for a game. Harder difficulties were like this too, and I’m confused as to the inconsistency of the game’s AI. I ended up playing with my brother through local multiplayer and it was so much better, but if you aren’t playing online or with a buddy, prepare to have a less entertaining time.

Tennis World Tour 2 on the PlayStation 5 is the definitive way to experience this realistic simulation title. While it does have quite a few flaws considering the package, there’s still a lot to love for those looking for a tennis game with a learning curve.

Elisha Deogracias is an aspiring accountant by day, freelance writer by night. Before writing for Gaming Trend, he had a small gig on the now defunct Examiner. When not being a third wheel with his best friends on dates or yearning for some closure on Pushing Daisies, he's busy catching up on shonen manga and wacky rhythm games. Mains R.O.B. in Smash. Still doesn't know if he's a kid or a squid.
Related Articles: Tennis World Tour 2
Share
Tweet
Share
Submit