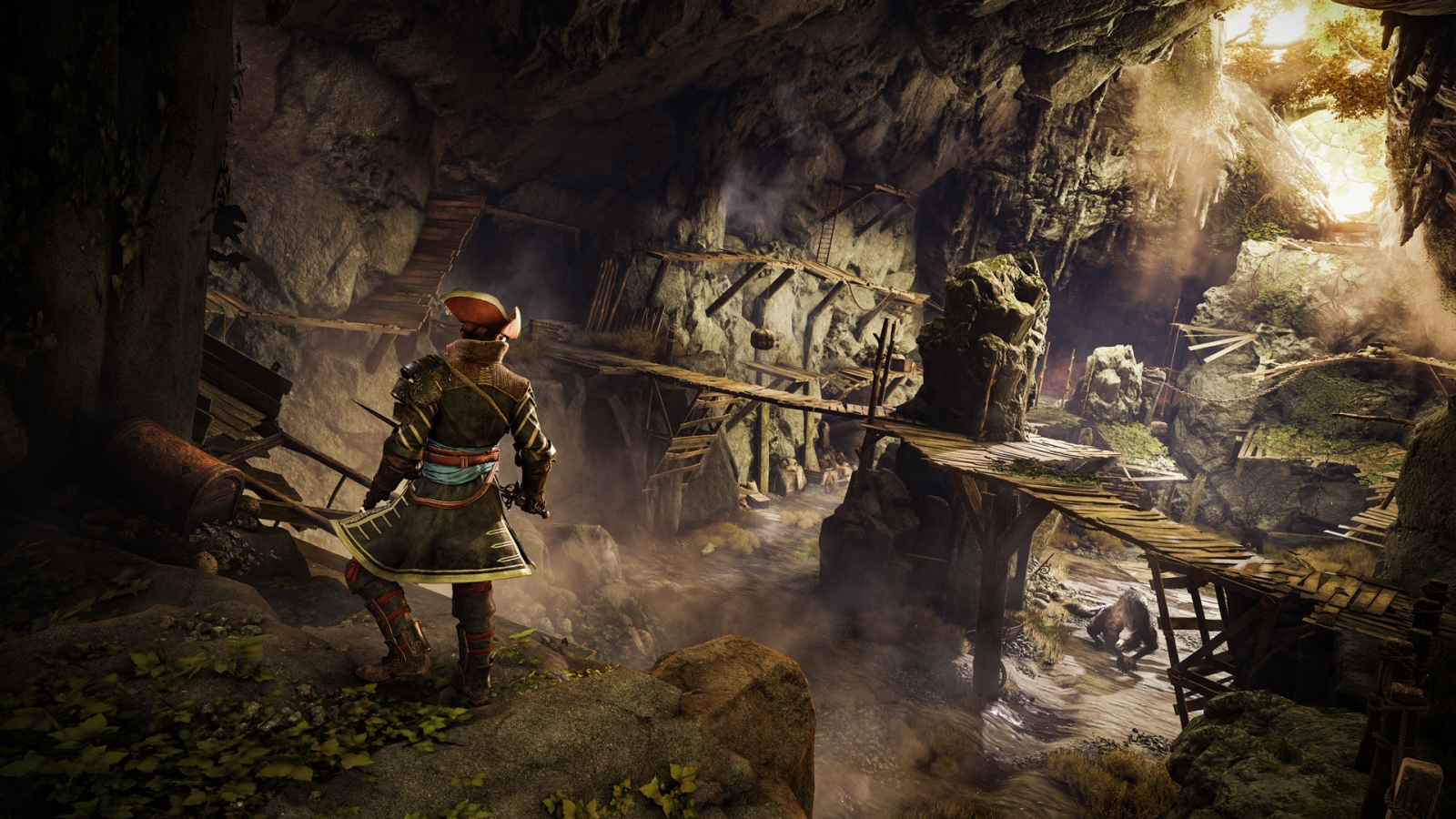 I’ll be honest, I’m not sure exactly where to start with this one. I’m not even really sure where to end with it either. That’s largely due to the fact that this is one of the sleeper hits for me in 2019, and it somehow managed to disappoint me in what should be a triumphant emergence on next-gen consoles. GreedFall was one of the few games I played when it came out that captivated me enough to find time to play it (one of the few I didn’t review), but the De Vespe Conspiracy isn’t giving me enough to keep me here.

Let me explain this a bit further, I finished the “so called” expansion in an hour and a half. Yes, you read that correctly, and hour and a half. I’m not trying to sound hateful in using my air quotes, but I just want context behind what I have to say. An hour and a half does not constitute the term expansion, and I’d have been a lot happier if it had been referred to as a DLC rather than expansion. Sadly, the reason this has me ranting a little bit is because what is set up in the content leaves you wanting more after getting a taste of the game again. I don’t feel like I can even call this an appetizer; this probably amounts more to going to a restaurant, ordering nothing but being hungry, and then your buddy lets you have a few fries. It doesn’t really help, you’re just reminded of how hungry you are.

Okay, let me get away from that tirade and dive further into what is there. The De Vespe conspiracy revolves around the arrival of Aurélia de Vespe, a woman from a prestigious family that rivals your own d’Orsay clan. She claims she is to be wed to your cousin Constantin, that it was arranged to solve some of the squabbles between your families, but something definitely seems off. Of course, someone has stolen the chest containing the marriage contract, and upon finding it and several assassins waiting to kill you, it certainly seems as though the deception of the de Vespes has not calmed in the slightest.

I can’t give you much more for fear of ruining the little of the story there is, but it follows one of the parts of GreedFall that intrigues me the most, the political drama and tension between parties. GreedFall’s greatest strength has always been its dialogue and the tangled web woven of loyalty and betrayal, and while this isn’t the best example of it, the narrative is still well done. You’ll find yourself traveling between a couple of different areas, with the new region of Aidág ol Creidaw being the one you’ll be in the most. What’s truly cool, as someone who imported my save into the PlayStation 5 version, the different choices I made caused certain old friends to take my side versus the ambassadors of the Aurélia, while other sects hated me and brought up my actions as they attempted to slander my name. How the game manages to keep up with everything I do still leaves me in awe, and I want to play the game again just to see how perceptions would change if I did things differently.

While this is the best the expansion offers, much more of it is quite underwhelming. The region you explore is a neat addition, but it doesn’t differ much from what the original game offers. The new monster/creature in the Egsregatt that you’ll fight is also quite underutilized, feeling like a bipedal version of the Vaileg (the wolf creatures), just a bit more lion-ish. They’re really simple to fight, and don’t feel like a big reveal. I also don’t understand why more time wasn’t put into polishing the awful facial animations, or the environment, as in Aurélia’s tent there was obvious grass clipping through the bottom of the rugs. There’s just so much here that feels like wasted time and space, especially considering you’re going to spend half of the expansion running and traveling. 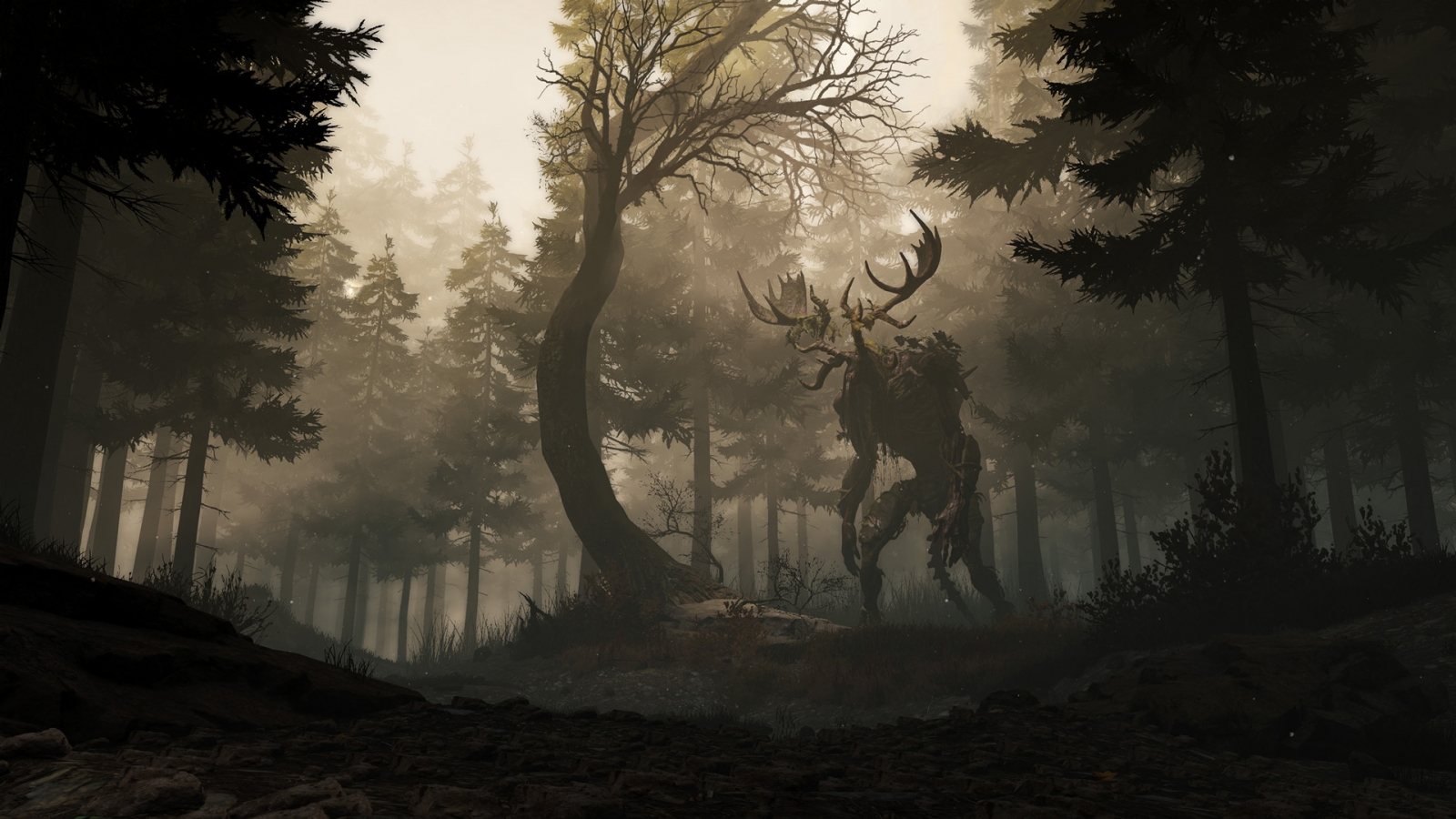 I really miss grand fights with these beasts

Another thing that feels extremely wasted is your final encounter with Aurélia. There’s a big confrontation, but there’s no boss fight here at all (or anywhere for that matter). I was waiting for something to happen, but all that occurred was my being thanked for gathering all kinds of evidence to help in her arrest, and that was pretty much it. This falls flat on so many levels, and it especially does when you are already disappointed in the amount of content you’ve been presented with. Considering how many incredible boss fights the main game has, you can feel the absence of them.

There are two things I do want to end on that lean positive for this release. First, the PS5 version of the game runs beautifully. There was definitely something janky about the PS4 version, and frame rate was suspect on that hardware. Here, not only does the performance mode work like a charm, but the loading is astronomically better than before. The camp that exists as a loading area when fast traveling almost doesn’t need to be there anymore, as I’d barely see a loading screen even if I skipped the chance to talk to companions and load up from a vendor. No matter where you stand with the whole upgrade situation (PS+ members cannot upgrade their free PS4 version to the PS5 version), you can’t deny how much better the game performs.

Second, for all my dismay over the expansion not really earning the title, it’s only $6.99. It’s kind of hard to be mad over that price, when it comes in at less than most weapon blueprints in Call Of Duty. At least the cost fits what you’re getting, even if what you get isn’t very substantial.

The return to Teer Fradee largely disappoints in the De Vespe Conspiracy, although the PlayStation 5 upgrade works well. I wanted so much more in something called an expansion, even if the cost said I should temper my expectations. The De Vespe Conspiracy still tells an enjoyable tale, but the surrounding new enemies, empty location, and anticlimactic ending make for something akin to getting a dinner mint as a dessert rather than the chocolate melting cake.

David Burdette is a gamer/writer/content creator from TN and Lead Editor for Gaming Trend. He loves Playstation, Star Wars, Marvel, and many other fandoms. He also plays way too much Call Of Duty. You can chat with him on Twitter @SplitEnd89.
Related Articles: GreedFall
Share
Tweet
Share
Submit