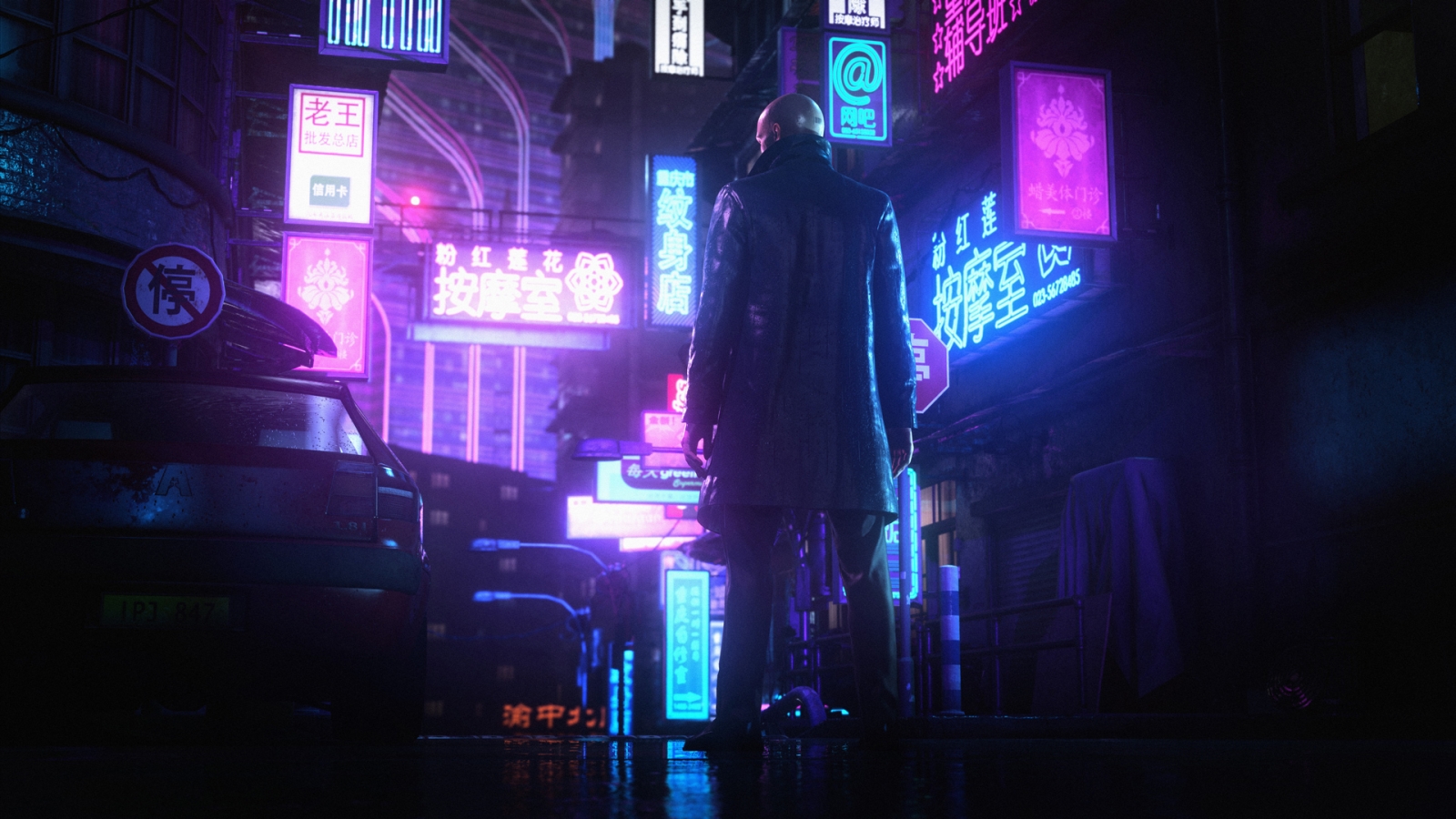 There’s nothing like dropping into a party, sneaking around, killing a guard to take his uniform, and dropping a light fixture on top of a guy all the while getting out unnoticed. While many games have attempted the ultimate stealth operation, like Splinter Cell or Metal Gear Solid, I hold to the idea that Hitman has done it better than just about anyone. It’s brand of both brutal infiltration and hilarious assassination are unmatched, and whenever you touch this sandbox of slaughter you tend to find a new way to take out your target. Hitman 3 is sadly a finale of a series that has long been a staple in the genre, but our journey into why the end of this trilogy is the best it has ever been is just beginning.

So if it wasn’t obvious, the main objective of this game is killing people. But it’s not a barbaric massacre along the lines of Postal, instead you have specific targets and it comes across more as a ballet of extermination. Simply put, Hitman 3 is a puzzle game in which you have to figure out the best way to dispose of your target and make it out alive. In this ending of the series, you’re going up against some members of the organization you originally worked for. Yes, I know this is following after the spy movie trope of “what, the people I’m working for are bad”, but the story in Hitman takes a backseat to the gameplay. The story is just fine mind you, but it sadly just doesn’t matter as much in the long run. I can say it felt more fluid with both the narrative a than the previous two games, which is a good step up in my opinion.

Of course, the one way you can get away with a story that isn’t as “in depth” is to provide superb gameplay, and Hitman 3, and honestly 1 and 2, are amazing in this area. Hitman 3 is astounding, especially on next-gen platforms and PC. Playing at 60fps on PS5 has been a dream, with the clarity of 1800p and the shadowing adding to an already gorgeous package. I have to applaud IO Interactive’s decision to showcase the Scepter skyscraper mission at the very beginning of the game, because the atmosphere is dazzling. Just look for yourself in our footage above, it’s almost impossible to describe just how captivating the environment of it all is.

Now when it comes to assassinating your foes, there isn’t another game out there that is this comprehensive. What was mentioned in the intro is truly only one piece of a massive puzzle, and there are so many ways to go about your killing sprees. The best part is half the time you luck into junctures where you “discover” news ways to get rid of your prey, and others you just straight miss the moment.

I did a mission disguised as an underworld hitman (the irony was quite enjoyable), and after killing a reporter at the party that was asking too many questions I had a face to face with my quarry. Now, there were guards around, and I didn’t make a move, but before long I was escorted out and realized I missed my chance. I had to try another way, and even then I screwed up and called him to dinner before I could poison his food. I randomly got lucky in my running around his penthouse dressed as a servant in walking into the bathroom and he was just standing there. A quick swirly of death and a run out the side of the building to parachute away, and the mission was complete. But even then the ridiculous amount of things I hadn’t done according to the tracker showing my accomplishments during that playthrough was staggering.

It’s best to keep this in mind when playing Hitman 3, because there are only six locations you’ll be able to play if you aren’t importing previous levels. Even then, that’s only six NEW missions to play through, but the replayability and new ways to dispatch your kill will keep you playing it over and over. The side missions are also a blast to do, even if they don’t end in the death of your target. The Dartmoor location that houses Thornbridge Manor contains one of my favorites in the game, Death In The Family. If you choose to procure the detective disguise, it leads you into an investigation where you must figure out who killed Alexa Carlisle’s (your prey) brother, Zachary. He has seemingly commited suicide, but she doesn’t believe that in the slightest. This mission turns into a near facsimile of the movie Knives Out, and it’s simply brilliant. Those who just play Hitman to complete it are going to miss out on a lot of interesting things that exist off the beaten path, so it’s important to take your sweet time and smell the roses. Hitman 3 is amazing because there is so much contained in each location, and going back over and over again is never a chore but a delight.

One of the things that impresses me most with Hitman 3 is the ability to import the levels from both Hitman 1 and 2. Yes, you heard me correctly, you can bring both games in their fullness to this platform and, not only that, enjoy the benefit of how wonderfully Hitman 3 plays. While you do have to own them previously (and importing does require several pain in the butt steps), the potential of literally tripling the level count is awesome.

While Hitman 3 does a ton right, I have to say I was disappointed in the use of the Dualsense controller. I’m really glad developers are experimenting with it rather than just leaving it be, but IO didn’t utilize it as well as I may have thought. The only thing that really happens is the triggers tightening a bit while aiming and pulling the trigger, which is fine, but given Hitman 3 spends most of its time rewarding you for operating stealthily and killing only your targets, it feels like the adaptive triggers fade into the background. The same can be said for the haptics, which at least to me felt more or less like regular rumble. IO is a really smart team, so I would have loved to have seen what they could’ve done if they had more time with the controller, but maybe they’ll come up with some cool stuff for their recently announced James Bond game.

The last thing I want to go over with Hitman 3 is some of the platform specific features, mainly PSVR and the Switch and Stadia version of the game. PSVR was one of the most surprising announcements for the game, and I definitely pushed for our review to be on PlayStation just because of it. I can come to you after playing it for a while to say it functions and the amount of content and fun of PSVR far outweighs the janky controls. Let’s get the bad news out of the way, you have to play with the PS4 version of the game for VR, even if you have a PS5. That means any benefit of the Dualsense is gone. But even more unwelcome is the fact that you have to use a controller and there isn’t any motion controller use. I know the Move controllers aren’t the best in the world, but at least they do pretty decent one for one movement. This also leaves you having to use the sticks to walk, and while it probably is due to design not having a teleport option can make you a bit nauseous, and I’m pretty good at not succumbing to VR motion sickness.

The good news is that Hitman 3 in PSVR functions pretty darn well all things considered. Once I got my bearings and learned how to operate the controls it was a pleasant experience. As you can see in the gameplay, I follow a similar route to what I do in the PS5 gameplay, and it has largely the exact same layout as the levels do without VR. The best thing is PSVR extends to ALL Hitman content, including Hitman 1 and 2 locations. If you were looking for a packed VR adventure you won’t beat in two hours, this is definitely it. Sure, it isn’t as pretty as the PS5 version, but it’s a lot of fun to put yourself underneath Agent 47’s shiny dome.

If you don’t have a device that can run Hitman 3, you also have the choice of playing not one, but two streaming versions! Stadia is about what you’d expect from any of our other coverage of the platform, it looks and plays great but is a slightly suboptimal version due to the introduced input lag, and your experience will vary depending on your internet connection. For example, the day the game launched I was booted from the game every few minutes, but the very next day it played about as well as Hitman 2 on my PS4 Pro. It runs at 60 fps on the platform and looks fantastic, though with the typical Stadia blur. The other streaming version is the Cloud Version on Switch, which is a bit rougher than Stadia. It runs at 30 fps, though it looks like it dips below that occasionally if your connection isn’t stable, technically it doesn’t but it appears so on your screen. Streaming is weird. According to my very unscientific tests, Cloud Version introduces ever so slightly more input lag, which isn’t a huge problem since Hitman relies more on planning than quick reaction but it is definitely noticeable and you can test for yourself with the very short free trial. While I maintain Google should definitely release a Stadia app for Switch so we can get the best of both worlds, for now both options are good choices to play Hitman 3 slightly more portably.

As with all digital products however, these come with the caveat that they may not be around forever. Hitman 3 Cloud Version even says you’re purchasing an access pass, not the game itself. It’s a problem we don’t really have a solution for as older online storefronts shut down and games exclusive to them are lost to time. Not every game is going to get resurrected like Scott Pilgrim, and who knows if these streaming services will stand the test of time. These are good versions of a great game, but it’s hard not to have this fear in the back of your mind.

Hitman 3 is the ultimate Hitman experience, period. The game runs almost improbably crisp, and each location is a ton of fun to explore. Replayability is a must, but not just because of the brevity of the campaign, but because there is so much to do in each one. Adding the missions of yesteryear appends even more to the package, along with the ability to be the assassin in VR or take it on the go with Stadia or Switch. I could try and nitpick it for what it doesn’t do or where it comes up short (of which there’s almost nothing), but when it comes to being an early contender for Game Of The Year, Hitman 3 hits its target dead center.