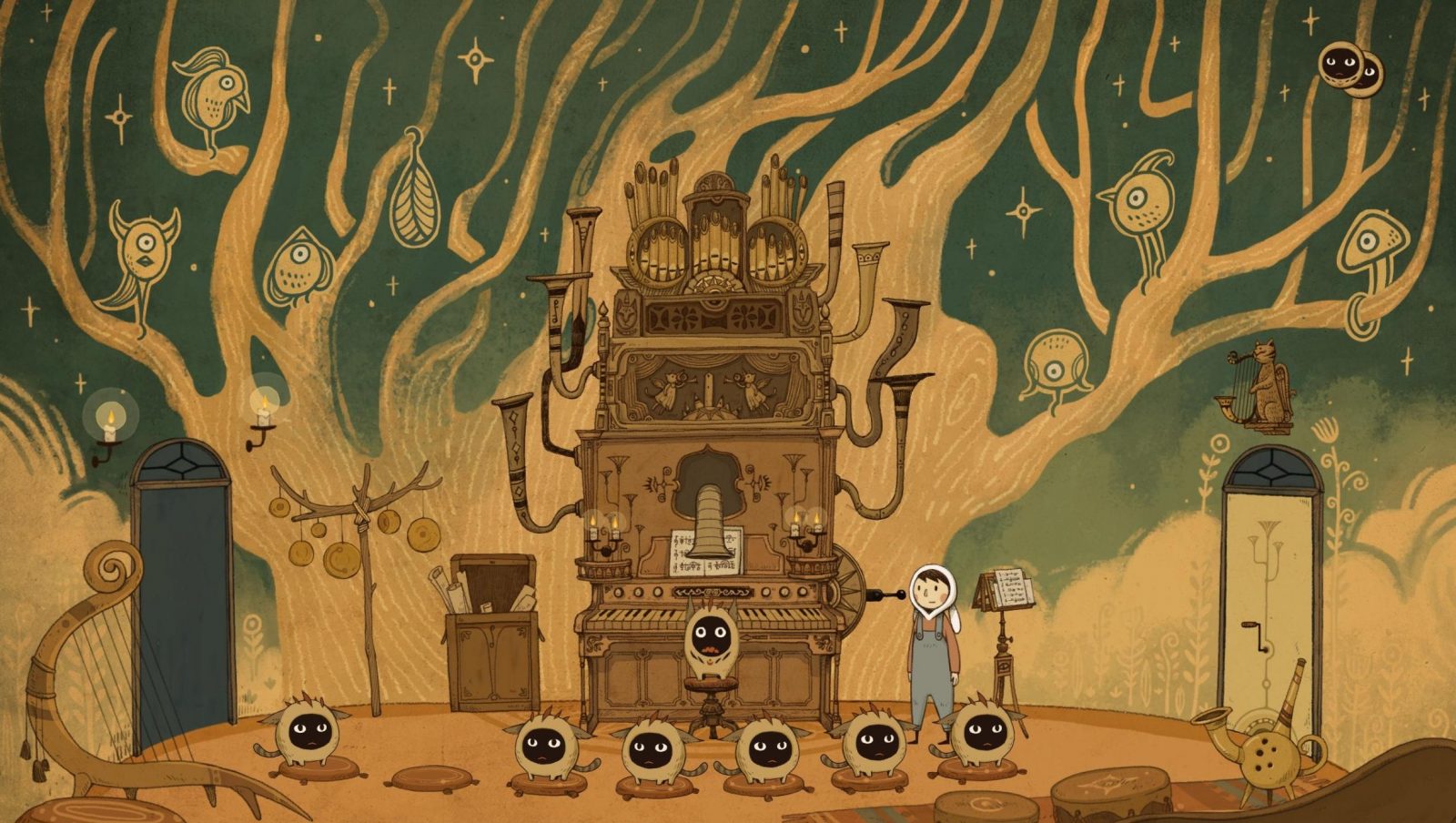 The discussion of whether digital games can be art has been a raging debate for years. Depending on which side of the aisle you’re on, you can find legitimacy for each side’s dispute. What you can’t deny is that the stunning hand drawn animations of Luna The Shadow Dust is a visual treat for anyone who experiences this point and click puzzler.

Simply looking at the box art or its main page in a digital market store, you’ll immediately notice that Luna The Shadow Dust is not your typical game. Where most gamers would look for games with overly saturated graphics, this game’s eye-popping visuals rely on hand drawn animations to tell the story. Each hand-drawn animation in a cutscene or during gameplay is like watching a fabled story unfold, be animated, and brought to life for your enjoyment. 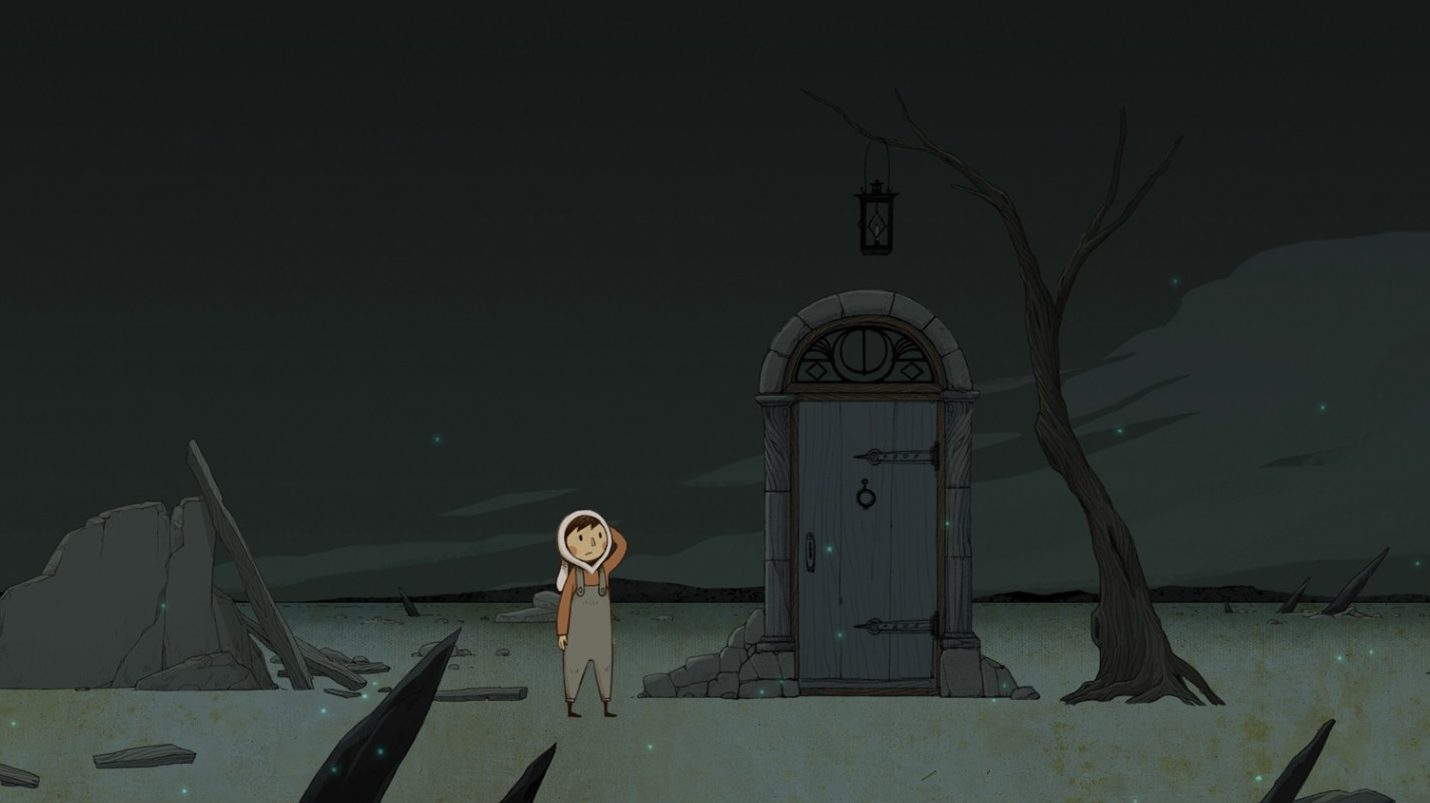 The game opens with you falling from the sky, unconscious, but it’s not made clear as to how or why. You are caught by what appears to be a ghost, and it carefully sets you down on the ground where you awaken. Here is where you take control and get to experience how the beautiful hand-drawn animations feel in your hands. The game is a point and click adventure, so simply using the mouse and clicking where you want the character to go will make him move. Unfortunately, we don’t get to know much about our protagonist. The ghost leads you to a door where it lights a lantern above your head. Suddenly, a tower that stretches into the swirling night sky pieces together like a Lego set and the adventure begins.

The levels you encounter take place on different stories of this mysterious tower, where you’ll need to complete puzzles to ascend to the next. As you traverse each story, the puzzles naturally become more difficult, coincidentally, so does the intricacy of the artwork in the game. Items in the room are not marked or highlighted as interactable objects, so it takes some getting used to as you access new stories of the tower. I found it easiest to simply drag the mouse over items and see if the cursor changes to an interactive hand or, on occasion, look for lights and shadows as they are used to indicate what objects need your attention. Lantern Studios, the developers of this point and click puzzler, use visual imagery to its maximum extent to tell a visual story and keep your eyes solely focused on what’s important. 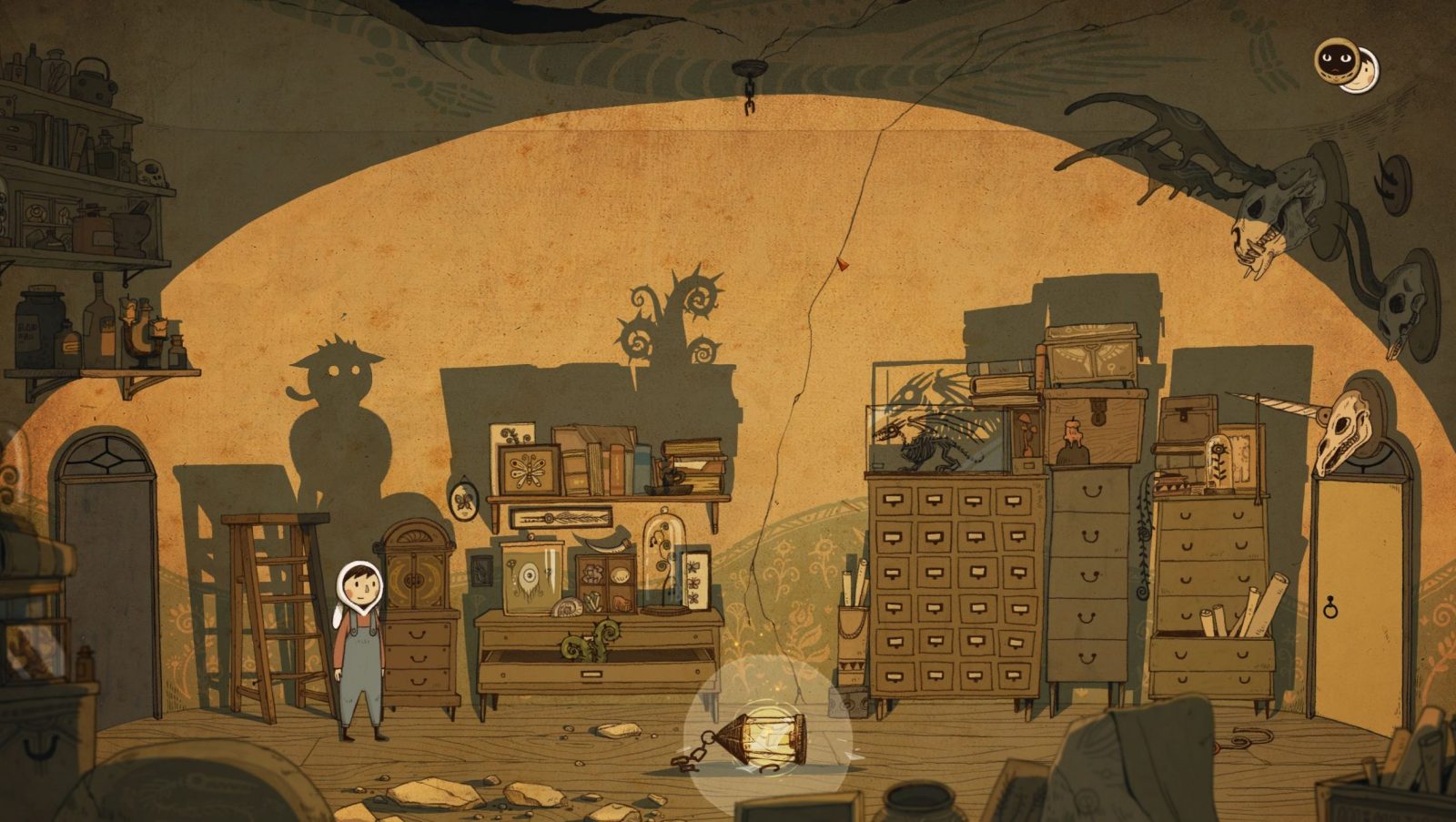 The world is your playground

Where the gameplay and puzzles take on a new meaning is when you save a cat-like creature from being stuck under fallen debris. Not only does it become your companion in the game, but you’ll need to control it to solve more advanced puzzles, reach ladders and locations, and to simultaneously interact with items in a room. As you progress, many puzzles that were based on art and climbing now require you to do more intricate thinking, like determining which food refers to a certain natural element and feed said food to a rat so that its breath can be used to light and extinguish a burning bush, duplicate your cat-like friend to solve a musical puzzle, or take a ride into the stars via a tuba-like bathtub ship and solve the puzzle of the cosmos. You see, there’s quite a bit of out-of-the-box and imaginative thinking required to successfully traverse this somewhat trippy world. To add an even deeper sense of artistic flair, the soundtrack for the game is an amazing blend of strings and percussion instruments, helping to keep your mind at ease while you rack your noggin at some of the puzzles. 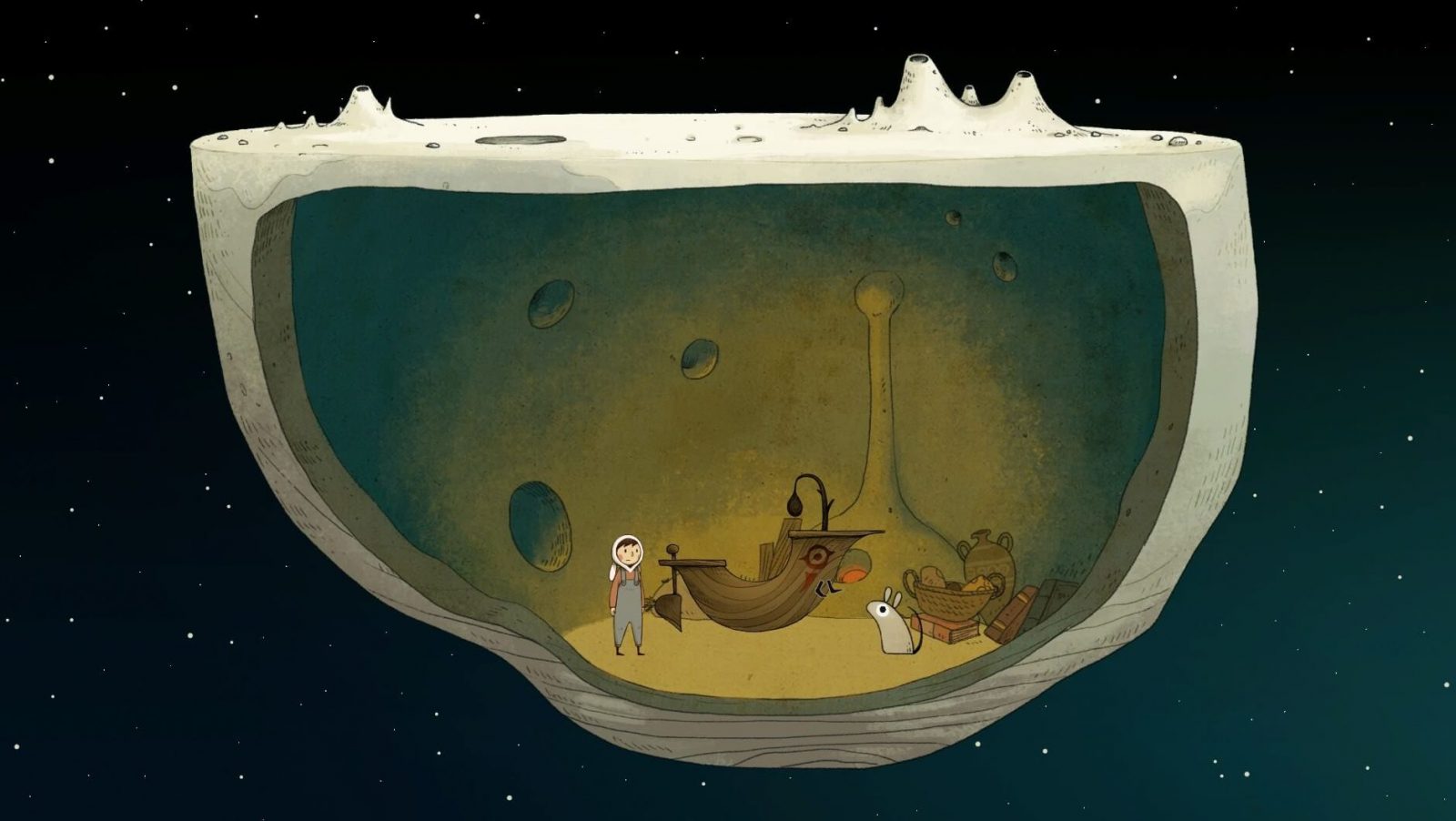 The Moon is made of cheese

Where the game excels in puzzles and imagery, it lacks in telling a complete and comprehensible story. Through many of the cutscenes, we get to see this nameless boy and his companion react emotionally to the world around them. But the game does little to nothing to involve the player in the telling of a story that feels almost non-existent; and that’s unfortunate. With such stunning imagery, gameplay, and music, a storyline that makes the player feel invested is all that is missing.

With all its puzzling adventures, out-of-the-box thinking, and stunning hand drawn visuals, it’s a memorable game in its genre. Solving the puzzles offers such gratification that one looks forward to continuing climbing the tower and solving the next. But with a lack of a meaningful story, it lacks complete immersion from the player.

T.K. is a freelance writer, narrative designer, and author. Writing and developing narratives and giving voices to digital world and characters is his passion. As a game writer, QA game analyst, and editor for Gaming Trend, he enjoys being a part of the gaming industry.
Related Articles: Indies, Luna The Shadow Dust
Share
Tweet
Share
Submit