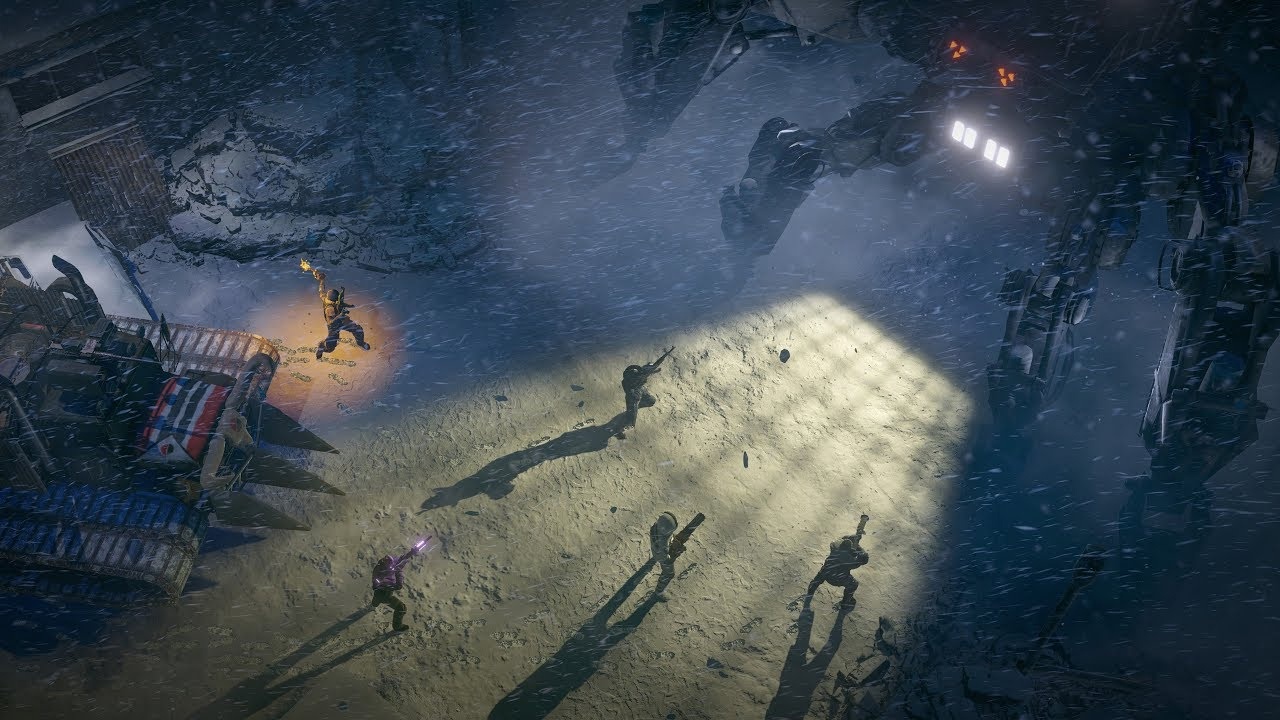 I enter the night club, Little Vegas, and head upstairs to see Faran Brygo. He was sitting behind a desk with a picture of himself directly behind him. The music and drunk patrons are loud but far from my main concern. Brygo is a crook and this club is filled with his goons. I move my people into a position. If a fight breaks out, I don’t want to be caught off guard. At first, everything goes smoothly. For reporting back to the sheriff that he didn’t have anything to do with the attack on the city, he will turn over the Marshall. There is just one problem; he wants to staff my base with his men to run my armory. Considering I trust him about as far as I can throw him, that isn’t going to happen. A fight erupts and Brygo ends up in cuffs.

It seems like every encounter in Wasteland 3 turns out like this. There are so many options with consequences you couldn’t possibly see coming. I could have gone along with Brygo, after all, it isn’t like I trust the Marshalls either. There is little in the Wasteland that is black and white and that makes every decision difficult. It also elevates Wasteland 3 to one of the best RPGs around right now.

Now, let me take it back a little bit to give you some background. Wasteland 3 starts with the Arizona Rangers struggling. They are desperately in need of supplies so they send a group to Colorado because someone calling himself the Patriarch promises food and supplies to save Arizona. All we have to do is hunt down his three dangerous children and bring them home to him because he doesn’t want them dead. This is a great premise that is executed wonderfully so far. The writing is top-notch, the characters are interesting, the world is fleshed out, and combat is fun. I’ve made it through Denver so far and I can already say Wasteland 3 is one of the best RPGs I’ve played and I can’t wait to finish the story. Probably multiple times.

Wasteland 3 has strategic turn-based combat. You can move your crew around in any order which gives you great freedom to execute whatever strategy you want. You will have a lot of options on strategies since Wasteland 3 gives you a variety of weapons such as snipers, assault rifles, blunt weapons, bladed weapons, small arms, brawling weapons, shotguns, heavy weapons, and weird weapons. These weapons all have strengths and weaknesses. Snipers are great at penetrating armor but you can’t move much and often only get one shot off. Pistols don’t have great armor penetration, but you can get multiple shots off or move around the battlefield and still shoot. Brawling weapons struggle at first since they don’t have great damage and they have poor armor penetration but they get devastating perks and they don’t take much AP to use.

What is AP? Action Points of course! These dictate everything you do on the battlefield. Moving? Action Points! Shooting? Action Points! Determining how to use each character’s AP is important to winning battles. Rather than taking a low percentage shot, it might be best to move a character and set up an ambush. Is it better to use those last AP to defend, or should you carry over two points to be able to do more next turn? There is a lot of strategy that goes into combat which makes every encounter enjoyable.

Managing AP and using the correct weapons is important because there are a variety of enemies. You don’t want to use an SMG with poor armor penetration against heavily armored opponents. You can smash through their armor with snipers or heavy weapons or you can use weird weapons, or any weapon with elemental effects, such as a Frozen Ferret Launcher to launch frozen ferrets which will ignore armor completely. You can also attack unarmored opponents with pistols to build up your Strike meter, think special attack, to target an opponent’s torso and destroy a high percentage of their armor. There are a lot of options and it is a good idea to use every advantage you can to give yourself an advantage in battle.

The combat is fun, but my favorite aspect of Wasteland 3 is the exploration. I consistently felt as though my curiosity was rewarded, or punished, appropriately. I repaired a robot in the garage with a dead body next to it and it got right back up and attacked me. Yeah, so it may not have been my best idea, but I had to see what would happen! Whenever I play games like this, I always have weapon skills take a back seat to exploration skills. I know I need better small weapons skills to use this more powerful weapon but if I get this lockpicking up again who knows what could happen! What if I need it? 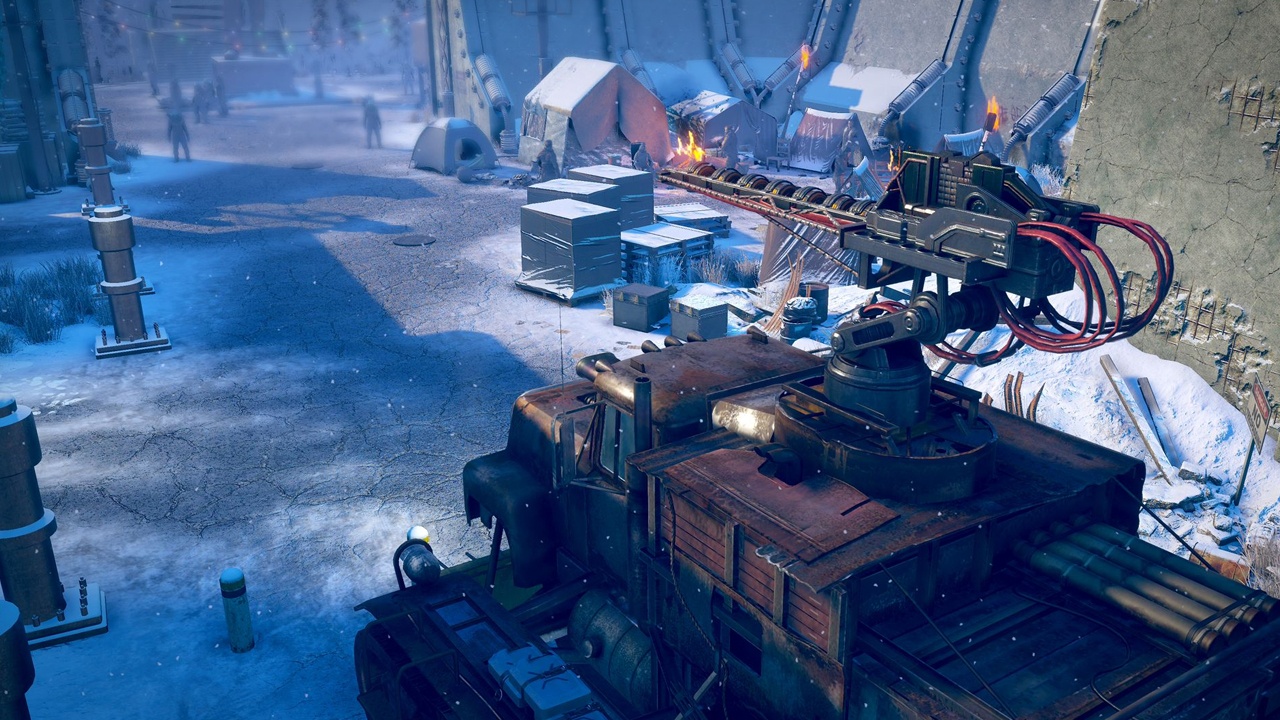 Well, I probably won’t ever need it. If a locked door is in my way, I may just break it down if I can’t pick it. I was asked to investigate this apartment but the door was just a little too difficult for my party. So I did what anybody else would have done; I stood there and punched the door until I destroyed it. Wasteland 3 isn’t in the habit of only having one solution to the problems it throws at you.

This flexibility may be something you want to keep in mind as you are putting your characters together. Wasteland 3 has fantastic character creation. At first, you will only create two characters. Eventually, you can create four and you can recruit another two from the world for a party size of six. You are going to want characters with a variety of skills so you can go about situations any way you want. However, nothing is stopping you from creating a very specialized group of characters. You can make whatever you want! There are no classes here to limit you. You are given skill and ability points and you can put them wherever you wish. You can also choose to accept a quirk if you want. These quirks come with pros and cons making them powerful but potentially dangerous. I don’t use them on everyone, but they can help specialize a character. I gave my medic a clown background so he could move faster but he has lower evasion as a result. I gave my brawler the ability to deal more damage with melee weapons, but he has a drastically lower chance to get critical hits. 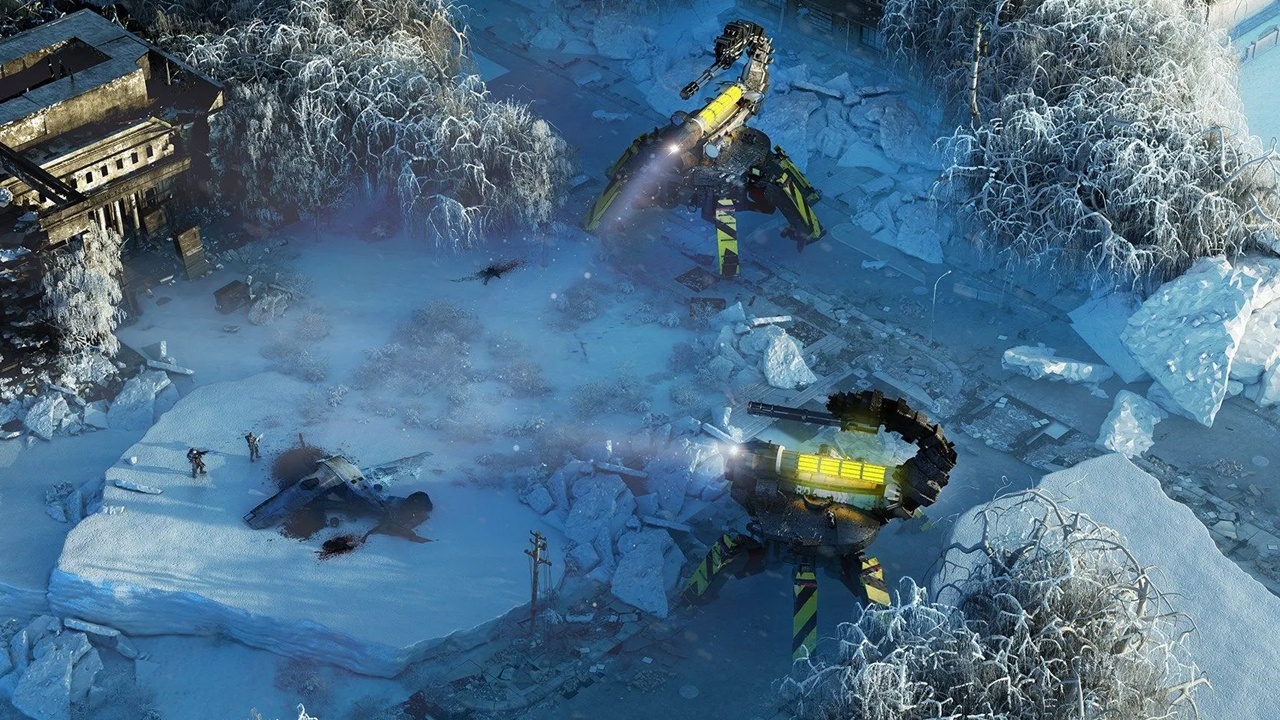 To be clear…you are screwed. Twice.

Wasteland doesn’t have a massive world map. Instead, it has a very manageable one and packs it to the brim with content. Everywhere you go there seems to be a quest or something to find. You explore the world map to move to different areas only to get more side missions via radio. Sometimes you are given a difficult choice where you are presented with several missions but only have the time to do one of them. A caravan carrying power armor was attacked, but a gang was holding an entire family hostage in their house. I could only save one of them and who knows if I made the right decision by going for the family. I just couldn’t let innocent people die!

While Wasteland 3 is fantastic, it does have a few very minor problems. I’m not a fan of navigating the world map. You can’t move the camera around freely like you can while walking around and it feels too zoomed in. It would be nice to have more control here. Wasteland 3 also needs a bit more polish. Characters slide around as their walking animation fails to kick in, doors open but still look closed. I solved a puzzle that involved getting ballerina machines to start dancing and I solved it but I didn’t know because it didn’t show them dancing. I had to leave the area and come back. These are slightly annoying, but the game is just too good for these to bother me.

Wasteland 3 is one of the best RPGs around. The world is fantastic, the characters are interesting, it is packed with content, and combat is engaging. It has a few issues, but the game is just too good for them to distract me.

Austin Fern has been playing video games his entire life. The first console he truly fell in love with is the PlayStation 2 with Sly Cooper, God of War, and many others really leaving an impression. He enjoys all genres of games from FarCry 5 to Danganronpa and everything in between.
Related Articles: Let's Play, Wasteland 3
Share
Tweet
Share
Submit