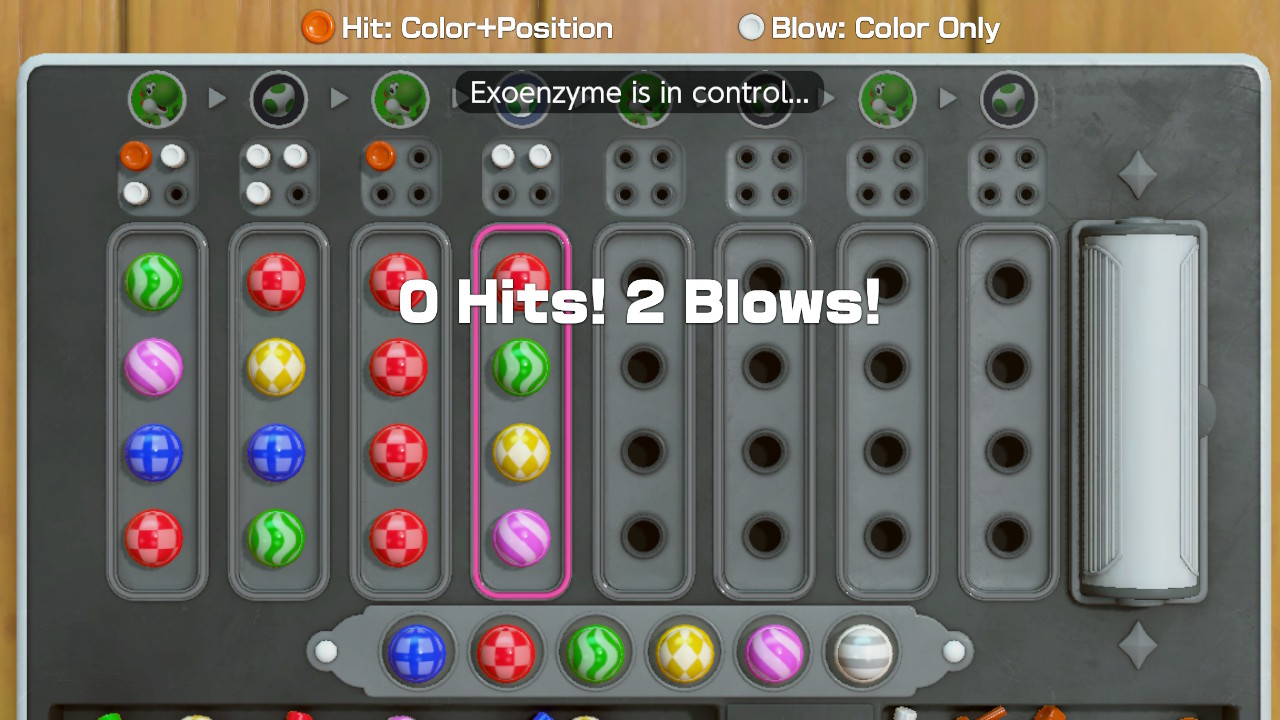 So here’s my slightly hot take: I really enjoy 1-2 Switch and think it was a great launch title, as seen in our review of the game back in 2017. I really enjoy casual party experiences, and games like Just Dance and Runbow are on my Switch game rotation alongside stuff like Super Smash Bros. Ultimate and Duck Game. It seems that Nintendo still wants to have a monopoly on the casual market, so Clubhouse Games: 51 Worldwide Classics came along during a time when people are practicing social distancing and board games are thriving… on Tabletop Simulator. It’s perhaps the perfect game for those wanting a laid-back gaming experience, and increases the company’s casual pedigree tenfold, to some entertaining results. 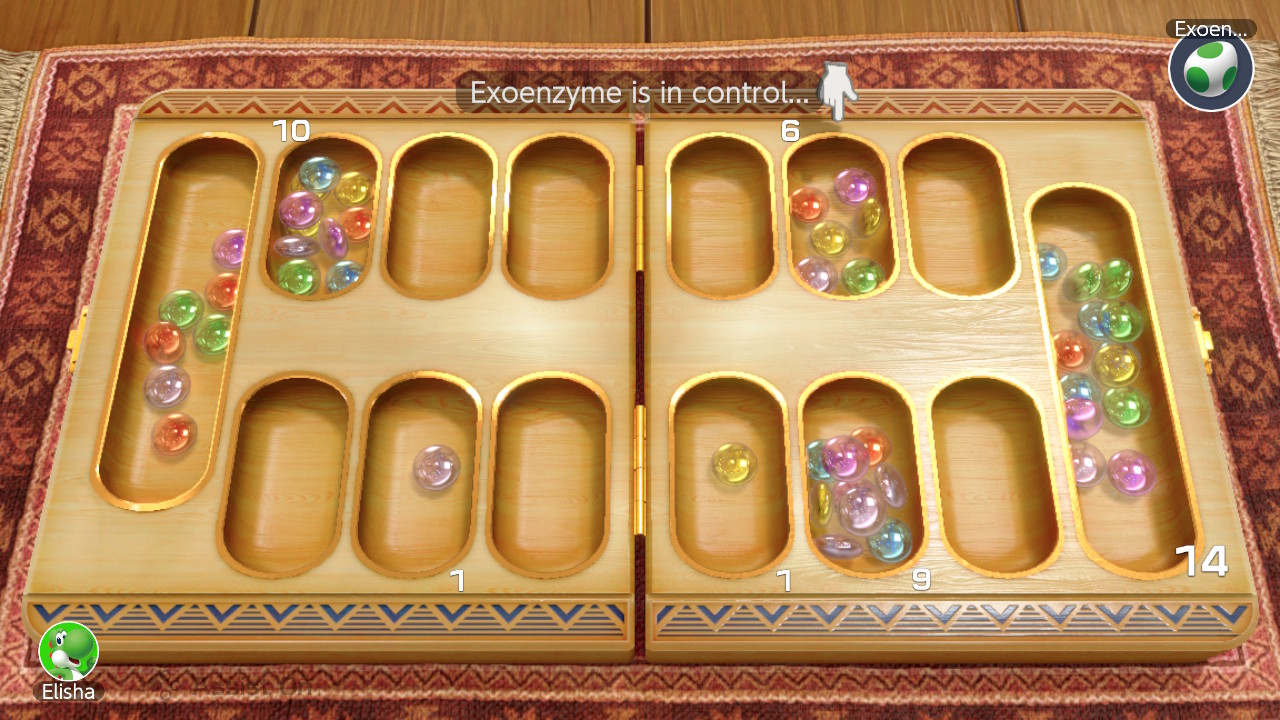 As the title implies, Clubhouse Games: 51 Worldwide Classics includes 51 games from around the world to play. (Actually, it’s 52 if you include a toy piano, but we’re getting ahead of ourselves.) While you have the stock games of Chess, Dominoes, and several variations of cards, you’ll also get some other classic hits like Mancala and Hanafuda. In addition, there are some Wii Play-esque games included, like Shooting Gallery and Battle Tanks, that make good use of the Joy-Con and its gyro features.  I enjoyed most of the selection here, and every game is immediately accessible, so you can just jump right in and play your favorite.

In the beginning of each game, a little tutorial video plays showing the basics of how to play. There are four different figures that talk with each other (two adults and two children), and I really enjoy these little skits; it has the 1-2 Switch tutorial video aesthetic without the twinge of awkwardness you feel when seeing a big man milking an imaginary cow. Once you view (or skip) the intros, you can jump into the game you’ve selected. Depending on what you’ve selected, you can tweak a few rules (some of which have to be unlocked by playing) and then play. 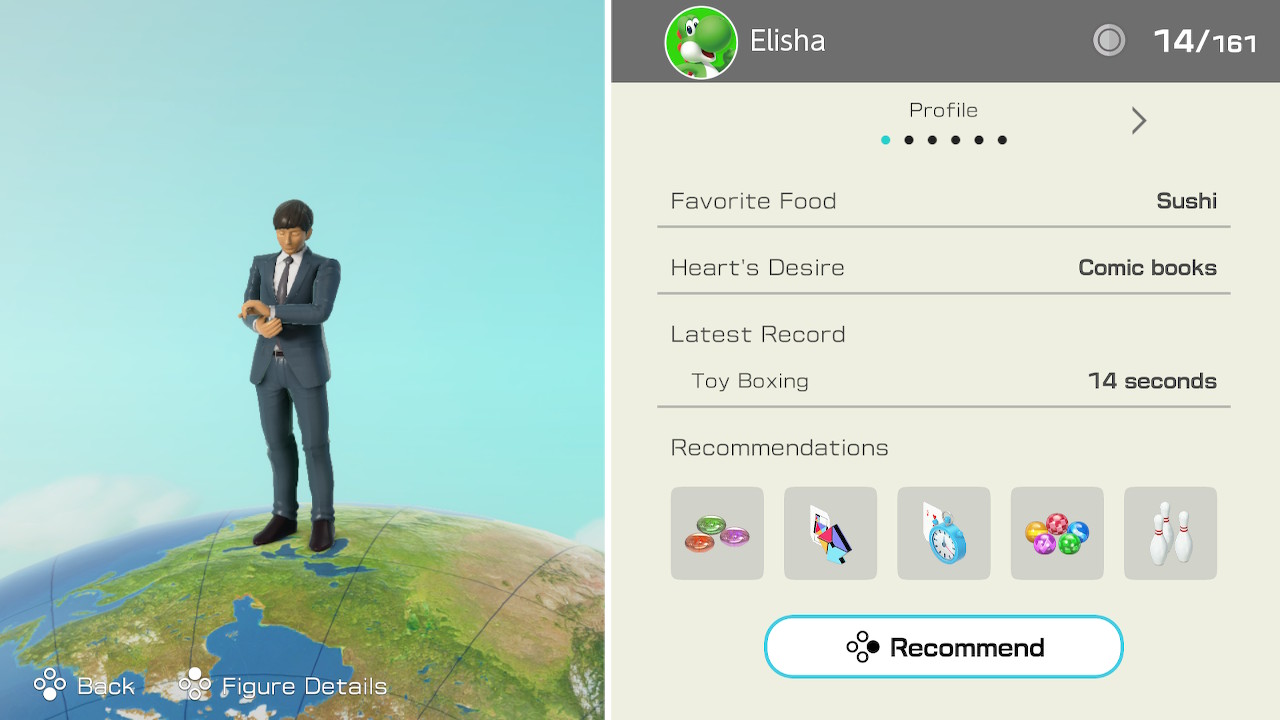 What I love about Clubhouse Games is how it caters to your playstyle. Complicated games like Shogi and Chess have assist modes and (in single player) a rewind feature so you can backtrack and practice your moves. I have a confession to make; I don’t know how to play Solitaire, so having my hand held through the whole experience (and eventually winning!) helped me to become more confident with my actions. These little touches have a way of letting you practice and inspires you to play a real-life version of the game outside of this package. 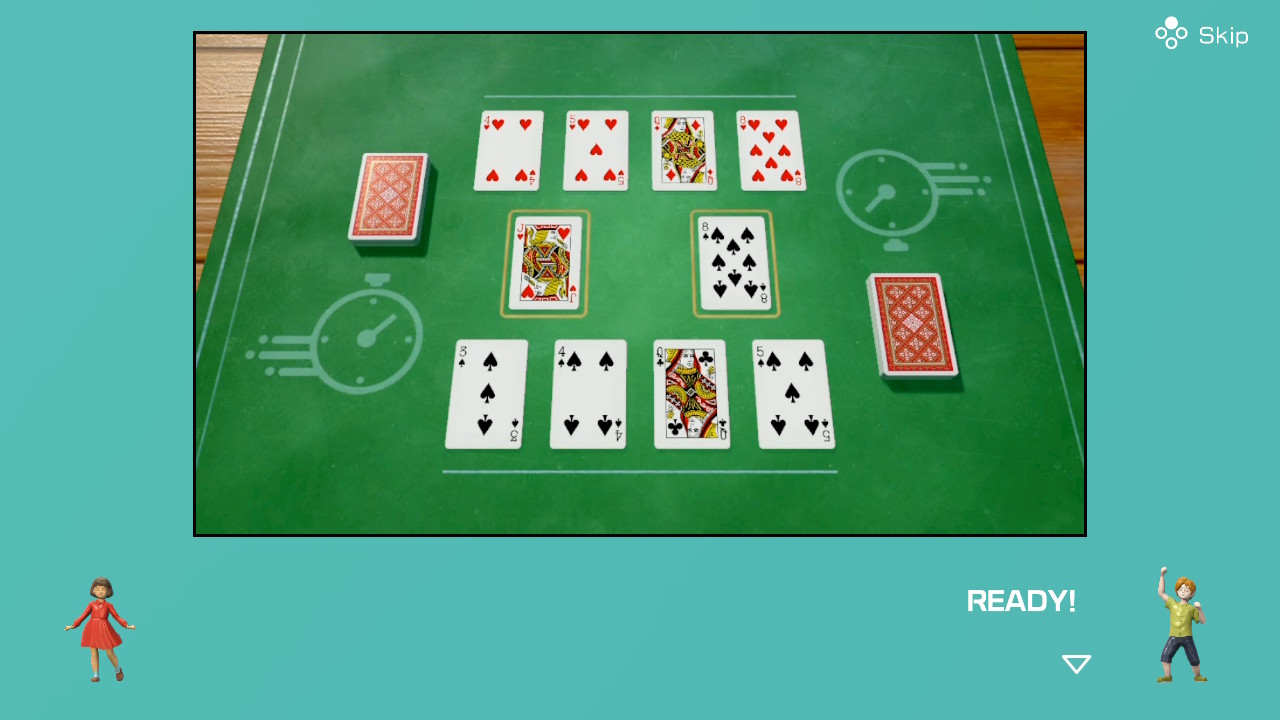 I also enjoy how Clubhouse Games utilizes the Switch’s features quite nicely. While the original DS release made great use of the touchscreen, here you can use everything from tabletop mode to even Joy-Con controllers separated from the console. Each game plays remarkably well, and the gyro-focused ones are great to control; bowling felt like Wii Sports nostalgia, and the fishing minigame was a fun romp that I wanted to do again and again. (Animal Crossing, please make a gyro update for fishing, it would be amazing.) Even the bonus piano (which isn’t really a game as it is a knickknack ala Warioware) is a nice little addition, since you can link up four Switches together for a full size keyboard. (This is also used in the Tanks set of minigames as well as Fishing, which again is a nice little touch.) 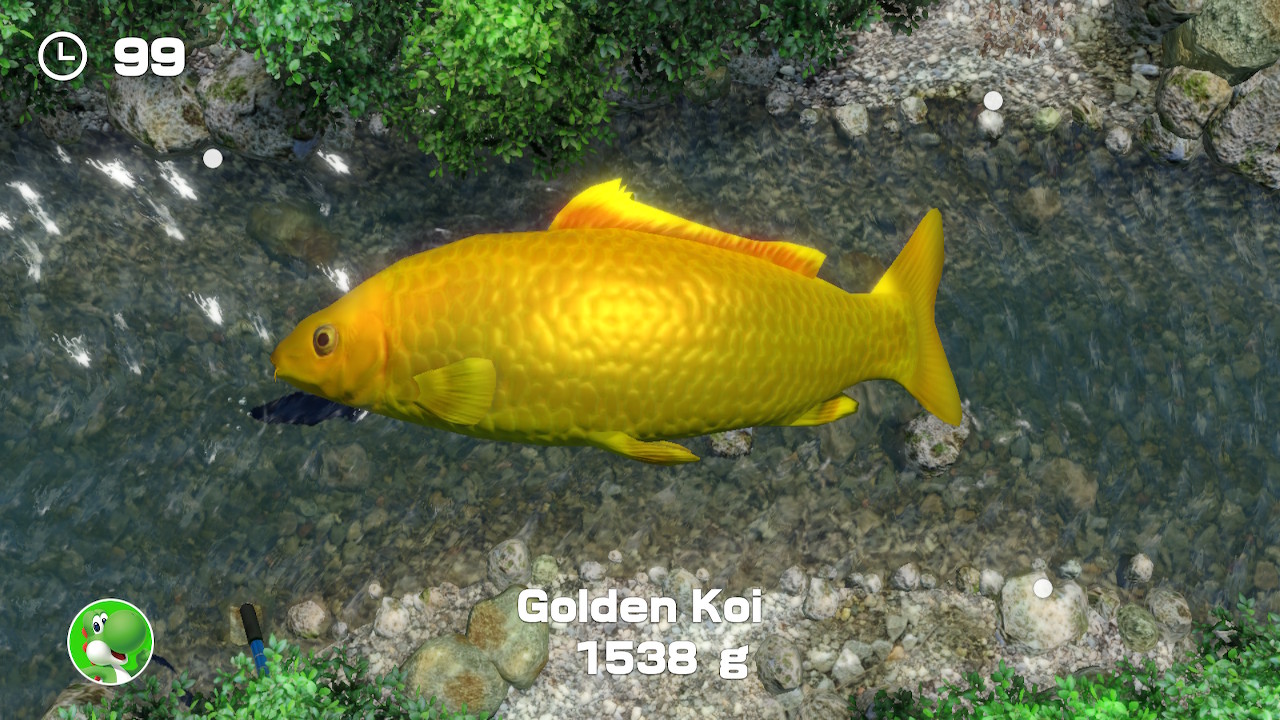 Personally, the presentation and graphical style is unique and feels like a glorified toybox (which, in Clubhouse Games, is a great thing). The people are represented as toy figures, and each game has a miniature presentation, feeling like a polished Mario Party minigame with the sound design; it’s subtle, but the way pieces and dice clink together just feels right. Everything moves effortlessly and quickly, and the flow of gameplay makes replaying your favorite games fun and exciting. There are some customization selections you can pick for your personal toy avatar, and you can plop yourself on a globe and compare your scores and favorite games with others around the world. The whole interface screams 2006 Wii era, but in the most positive way possible.

Probably the only mark against this package is the fact that there are limited options in some of the games. This means you’ll probably get tired of a few of them after some rounds. This is especially egregious with the card games, since there are a ton of house rules you could implement for those games. Additionally, this experience is focused more on two-player games (as almost every game can be played with two players), so three and four player titles are a bit sparse in comparison. Some games don’t have variants that allow higher player counts, while others like Chinese Checkers and Ludo need three and four players respectively. That said, the games that allow three or four people to play are some of the most fun, and playing Uno… erm, Last Card with a full house without computers is rollicking fun. 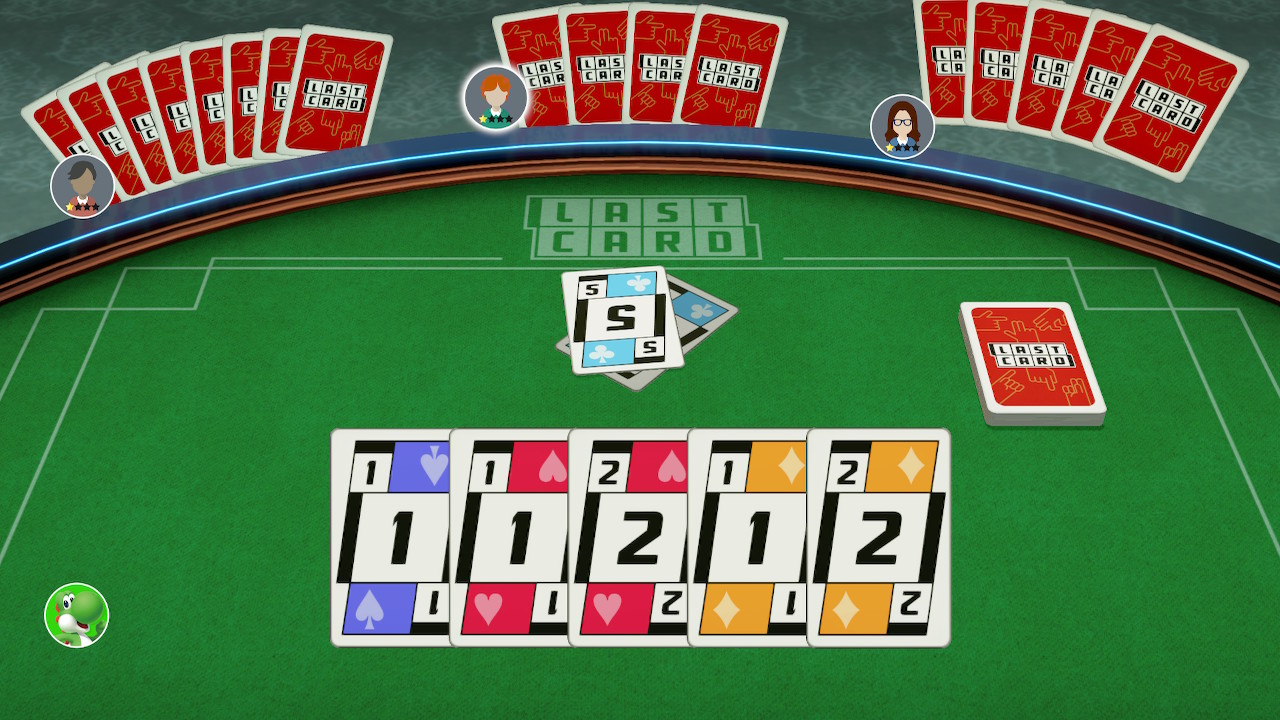 Clubhouse Games: 51 Worldwide Classics is a delightfully fun package that is a charming way to get anyone into traditional tabletop experiences. With a wide array of fun diversions and a beautifully made overall package, this is one title you should definitely pick up and play with friends.

Elisha Deogracias is an aspiring accountant by day, freelance writer by night. Before writing for Gaming Trend, he had a small gig on the now defunct Examiner. When not being a third wheel with his best friends on dates or yearning for some closure on Pushing Daisies, he's busy catching up on shonen manga and wacky rhythm games. Mains R.O.B. in Smash. Still doesn't know if he's a kid or a squid.
Related Articles: Clubhouse Games: 51 Worldwide Classics
Share
Tweet
Share
Submit