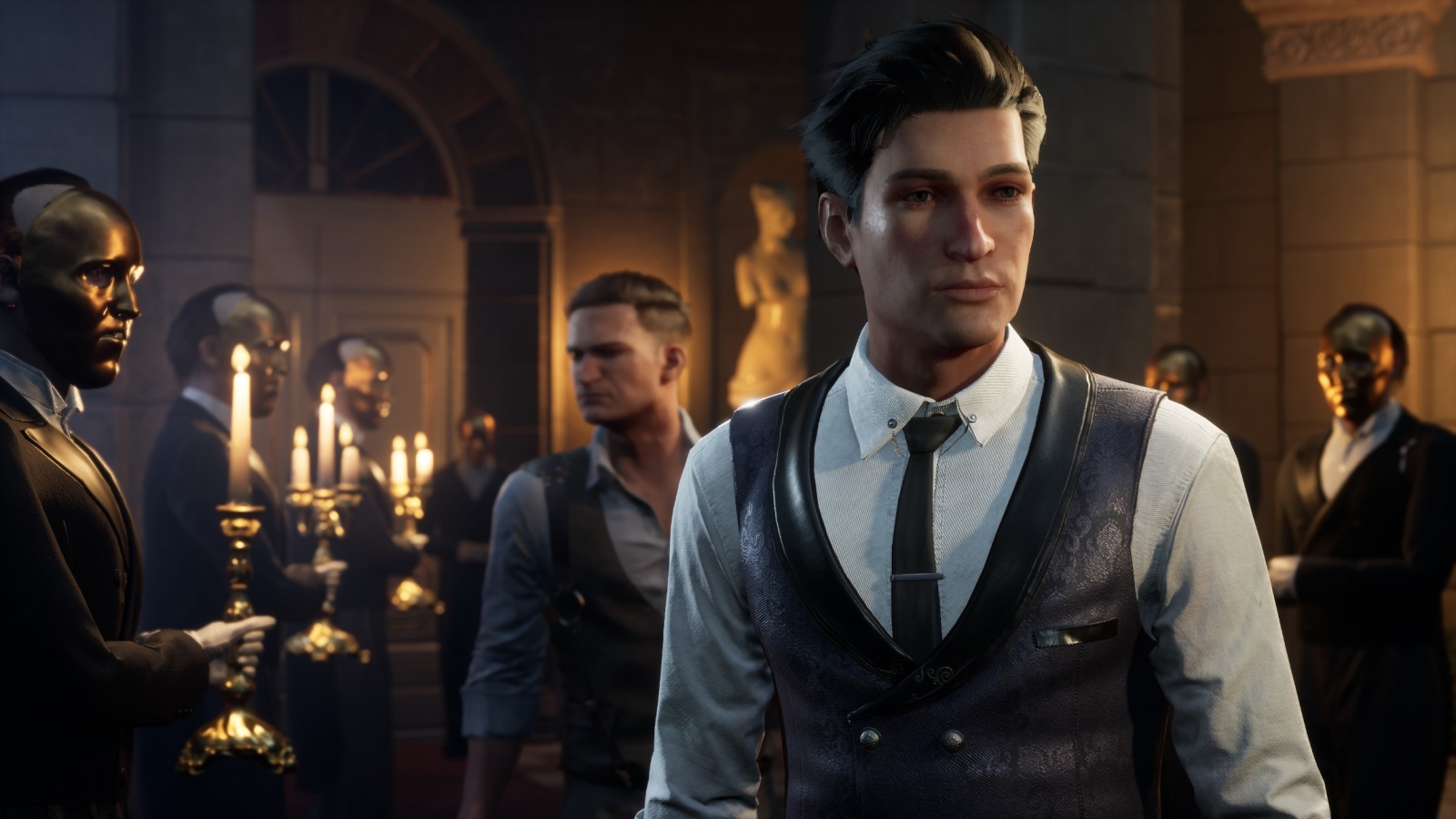 I’ve always been a big fan of Sherlock Holmes, no matter the medium. I’ve read the stories, listened to the audiobooks, and watched numerous films and TV shows with their own takes on the legendary figure. While I’ve enjoyed those, I haven’t played nearly as many of the Sherlock Holmes games, and while I’ve completed Crimes and Punishments, I’ve yet to start the several others Frogwares has developed. After getting the opportunity to play an early build of Chapter One, I may have to go back and play them, as the fantastic puzzle formula has sucked me right back in.

Let me start out by saying I haven’t played Devil’s Daughter, so some additions of this newest title will be foreign to me that may be more familiar to a Sherlock Holmes game fan. This first segment begins with a cutscene of Sherlock traveling with his friend Jon on a boat, and boy, does it look good. I know some may harp on the mouth movement during speaking, as it’s not as good as some games out there, but the hair, the faces, everything about it looks sharp. I just like a pretty game, and you get that in the character designs, especially when you get a good close up of Sherlock’s face.

Speaking of our titular hero, as the “Chapter One” subtitle eludes, this is right around the start of Sherlock’s career. You can see it in the way he talks and acts, he’s obviously quite arrogant and assured of himself at all times. “But David, isn’t that just Sherlock Holmes?” It is, but Frogwares has managed to capture the feeling of Sherlock at the beginning, the dialogue and way Sherlock handles himself that gives him that youthful egotism. I don’t want to use the term brash, because Sherlock Holmes is far from that, being cool and calculated in what he does, but it’s definitely a different feel than that of the older, more experienced version of himself.

So, getting off of the boat, we find the main portion of the preview, the Il Palazzo del Lusso hotel. This area seems like a tutorial at first, but is honestly a pretty large contained chapter. Traversing around the hotel isn’t anything really special, it’s just a big room of rooms and nothing out of the ordinary, but the focus on the story elements is where this section really shines. After searching around and moving through a couple of conversations with Jon, I ended up coming across a cane left on the table we were sitting at. Upon inspecting it, I was able to use markings on it to help Sherlock deduce who it should belong to. We did have to look around for him but eventually found the owner in the room with a medium, and wouldn’t you know it, in the middle of a seance a crime has been committed. The medium attempted to call upon the spirits of the owners of a rather large diamond, and during a commotion involving the wife of Lord Craven (the owner of the cane) the costly jewel had disappeared. 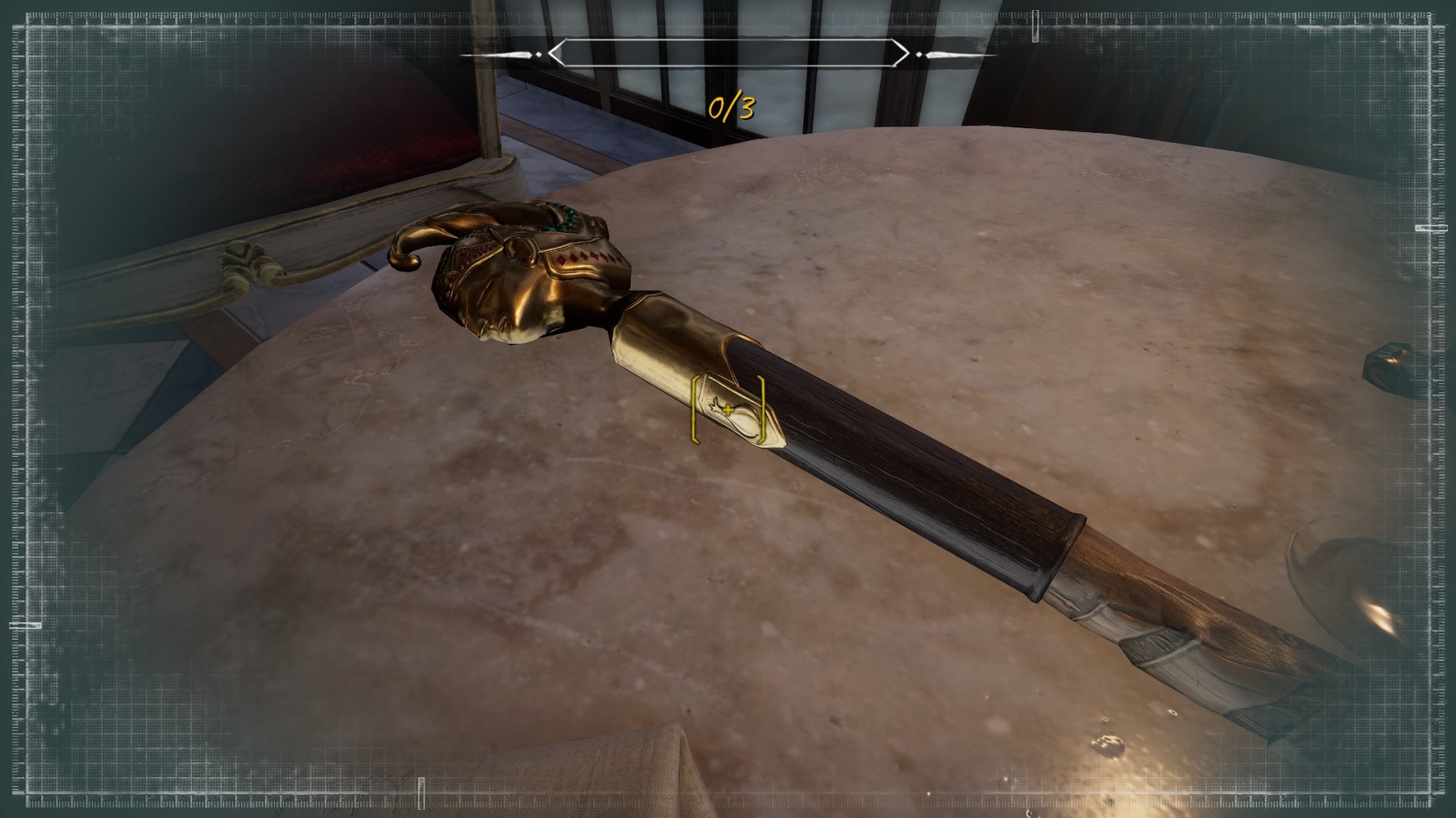 Thankfully, the world’s greatest detective (move over Batman) has arrived. Observing the scene and picking up clues unlocked not only ideas of what could have happened in the journal, but like in other Sherlock Holmes games took us into his mind to match them up to come to conclusions. As I’ve said, I’m a big fan of Mr. Holmes, and taking advantage of his history to make this into a mystery puzzle game is amazing. Searching for new hints of what had happened and any indicators as to the whereabouts of the diamond was thrilling, keeping me engaged as I attempted to solve the mystery. I won’t go into too much detail of the story, you need to have that same thrill, but rest assured this is peak Sherlock Holmes.

The only things that tended to hold me back were the lack of queues or hints. Frogwares doesn’t want to hold your hand in these games, instead focusing on letting the player figure out what’s going on. While I think this is a great way to approach Sherlock Holmes, I would like to see some sort of hint system worked in for players that end up banging their head against the wall. Jon can act like that in spots, and there are certainly portions of what you’re writing in your notebook that can help, but sometimes I was at a loss as to what to do next. This can also be an issue with learning how to play in the beginning, as I had to take advantage of my previous knowledge of the styling to use the tools at my disposal, as well as navigate the incommodious menu system. 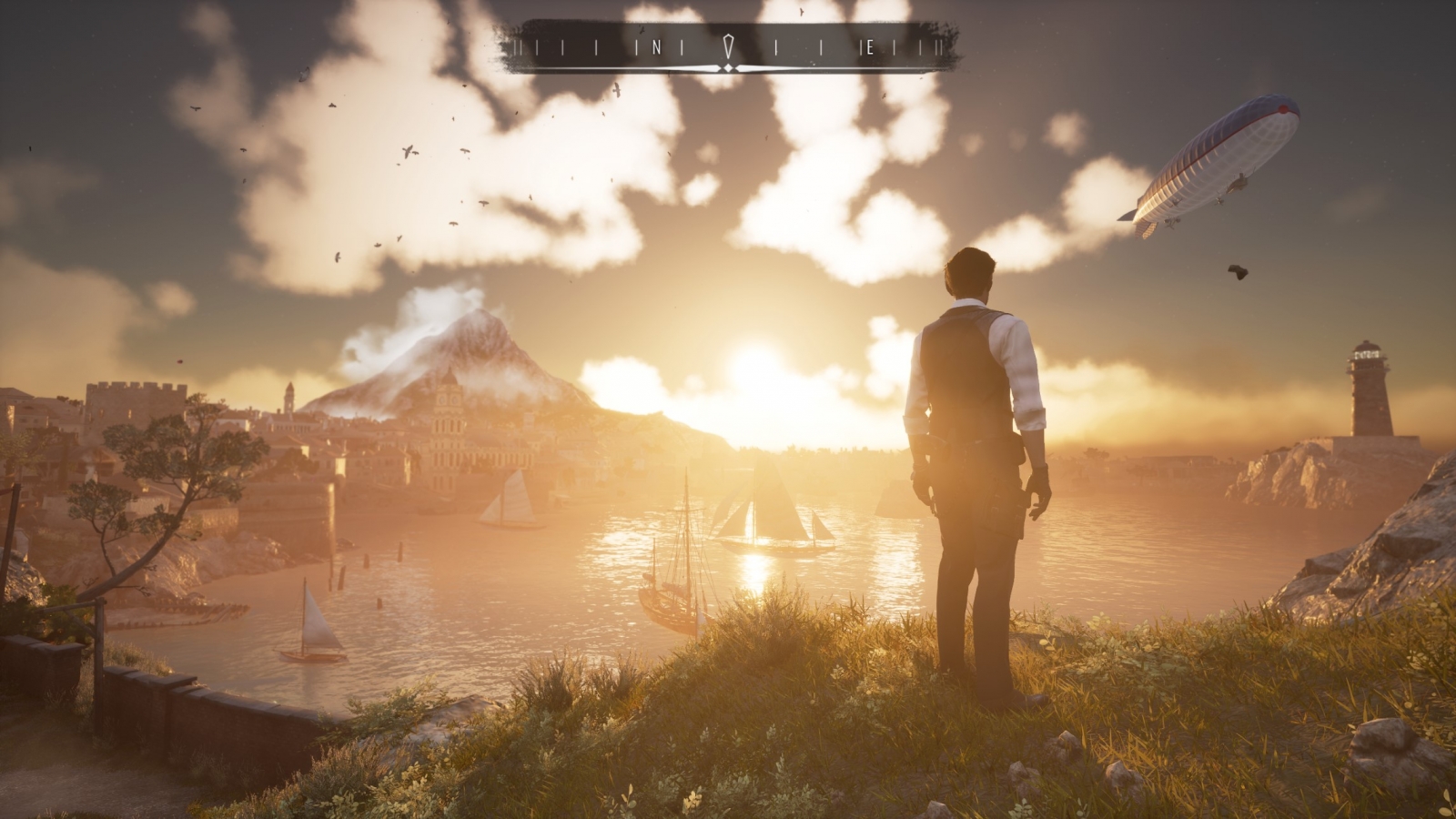 While that was all more prevalent in one specific area I visited, I was astounded when wandering around the island of Cordona. This seems to be the main place you will conduct your adventure, and it’s no joke, it’s a humongous open world. I know there have been at least somewhat open areas in the Sherlock Holmes games, but this is on another level for the series. It also feels highly lived in, with plenty of NPCs walking about, hearing the clucking of chickens, and all sorts of things that make an environment feel alive. If this is just a taste of what’s to come, I can’t wait for the whole meal. My only hope is that the framerate will be addressed, with my experiencing plenty of dips in those areas when a lot of NPCs were on the screen. Given this is but a demo, I’m sure the final release will be smooth as butter.

The preview was honestly too short for my liking, but I think that’s mostly because I wanted to play more. There weren’t any of the combat or side activities that the devs promised in this demo, but they will all arrive in due time (and hopefully in a future preview). Before we go, I want to commend Frogwares on the lighting, even though they haven’t finished up with it yet. Most of what I saw looked phenomenal, and I hope ray tracing is planned for this game, even if not for release. Who knows, maybe NVIDIA can chip in with some DLSS 2.0 magic? Whatever the team does next, they’re already off to a great start, and I can’t wait to see my little Holmesy grow up.

Sherlock Holmes: Chapter One is coming to PlayStation 4/5, PC, Xbox One, and the Xbox Series X/S, with a release sometime in 2021. Stay tuned to Gaming Trend for more about it in the future, with previews, videos, news, and hopefully a review on the horizon.