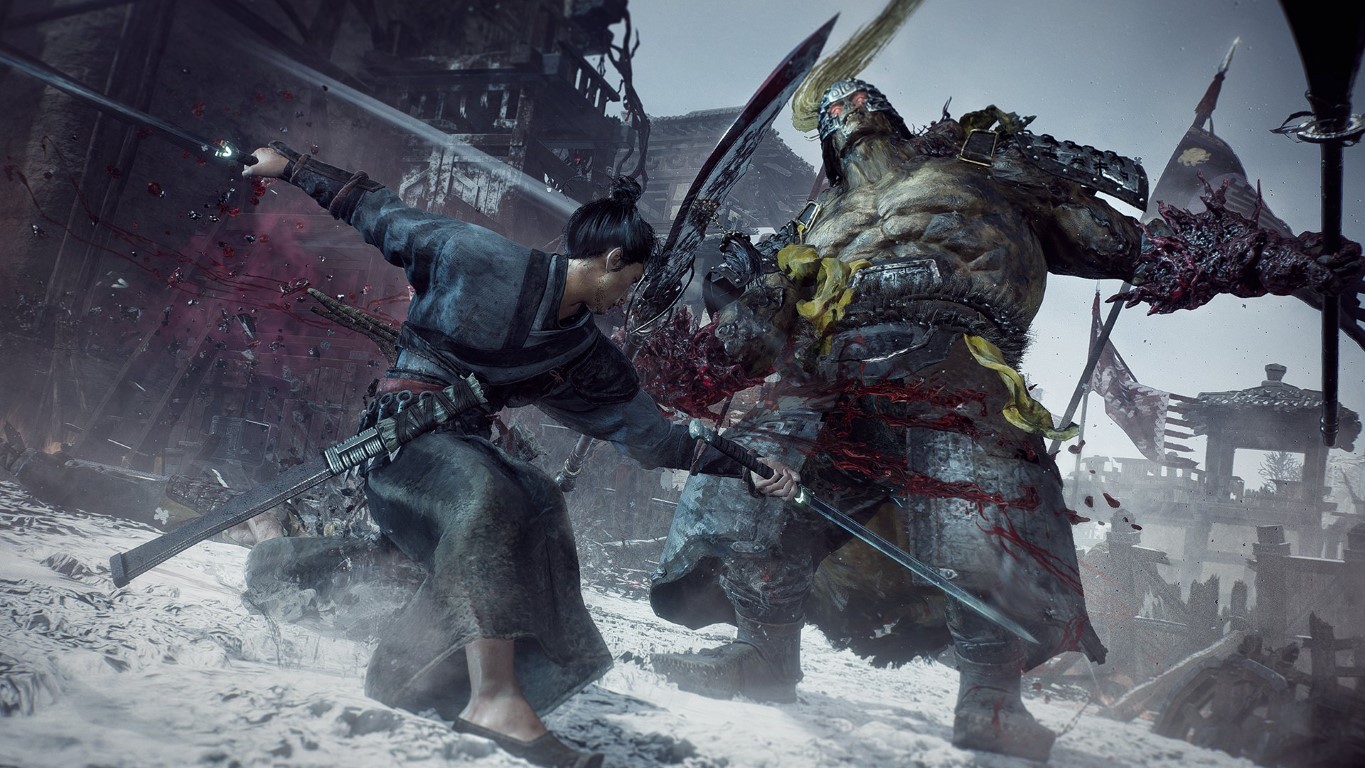 Wo Long: Fallen Dynasty is Koei Tecmo and Team Ninja’s upcoming action RPG, which has a lot of inspiration from their fan-favorite franchise Nioh with some Sekiro-like elements mixed in. The game follows you, an unnamed militia soldier in a dark fantasy alternate version of the Chinese Han dynasty plagued with monsters, bandits, and enemy militia. The game begins as a mysterious group invades and rampages through your village. While defending it, you fall in combat but are resurrected by a mysterious boy with a blindfold who hands you an equally mysterious and enchanted Jade amulet that later grants you powers. After a quick tutorial level and a very challenging boss fight, you are then separated from the boy and sent to a new battlefield where your adventures begin.

As a fan of narratives in video games, I have to admit that not many of Team Ninjas’ titles have impressed me with a unique or intriguing premise, and Wo Long hasn’t managed to do that either. While the stories in the Nioh games admittedly have cool moments, none of the games’ overarching plots have managed to grab me specifically. I find the stories samey in that they all have a historical setting with some unique fantasy twist thrown in, but all have lackluster characters and boring progression and outcomes. This goes the same for Wo Long (at least so far), and it also doesn’t help that the main character is voiceless, as it removes another layer of personality in the story. 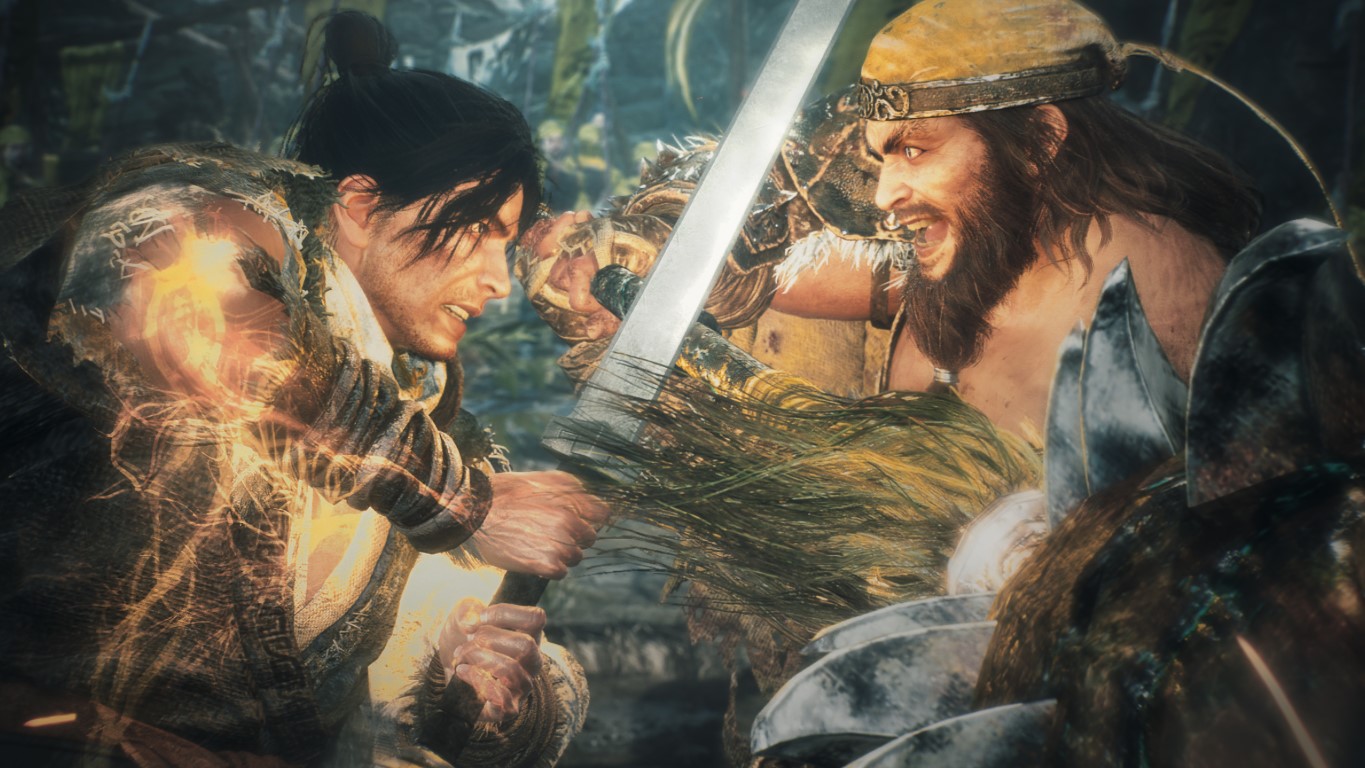 However, it’s not all bad, as the game’s primary focus is clearly the gameplay and combat, and luckily it met and exceeded my expectations. The first aspect of gameplay that does so is the character customization, that’s incredibly detailed and surprisingly inclusive. It sports all manner of cool sliders, options, accessories, and more and is easily one of the fun parts of the game. The other major part of the game that’s about as fun as it is painful is its incredible difficulty curb. The first chapter will put players to the test by forcing them to learn its many gameplay elements and its combat mechanics, especially to defeat the gigantic hurdle that is the first boss. One of the most critical mechanics is the deflection/ parry mechanic, which is perhaps one of the hardest things to learn and master as it has very tight windows for timing. And because many bosses spam attacks that need to be parried, you will have to learn the mechanic very quickly. However, it feels highly satisfying and rewarding once you get the hang of it.

Players will also have to learn the ins and outs of the Spirit Bar, which is the game’s version of the posture bar but with a lot more functionality. Players gather Positive Spirit by attacking enemies, which then lets them use Wizardry Spells, while Negative Spirit fills up the more you get hit, and once your spirit gauge reaches the maximum level, you’ll get stunned for quite some time. Learning how these mechanics work proves to be highly rewarding as not only will combat be significantly simplified, but it will also make you a force to be reckoned with. 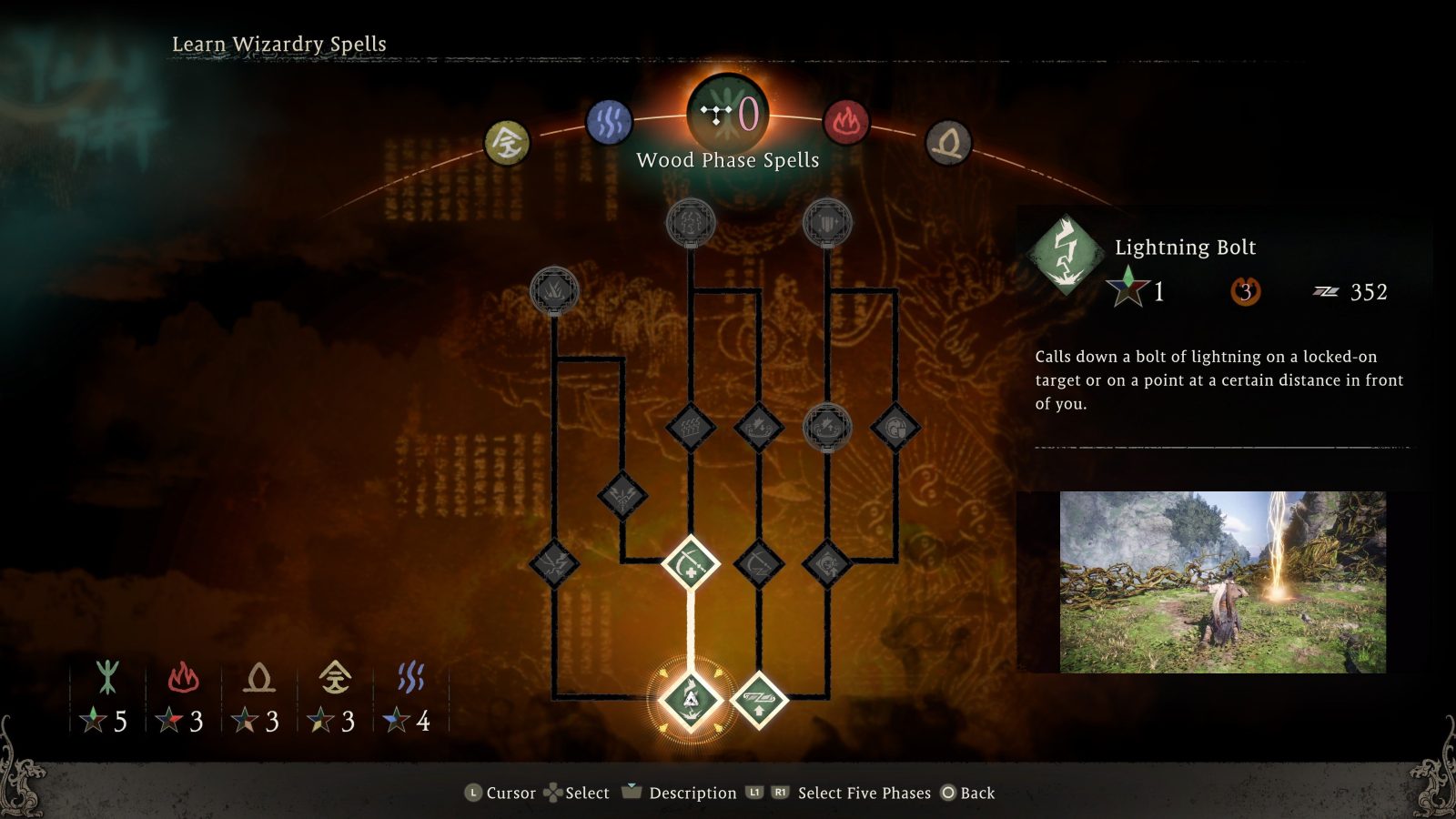 Wo Long also features an intricate and well-detailed leveling system. What I especially love about it is that it allows players to choose whatever skill they want to based on their play style. The system is essentially separated into five phases, Fire, Water, Earth, Wood, and Metal. Skill points are earned by fighting enemies and can be used for any phase, all of which improve specific stats from health and defense to spell durations and stealth. Leveling up a phase improves your stats and earns you skill points for that particular phase, which can then be used to acquire Wizardry Spells based on that phase. I leaned more towards the Wood and Fire phases which granted me several fire and healing spells, while phases like Water focus on stealth and ice spells.

Once they’ve progressed far enough, players can also set and use their divine beast, which, like in Nioh, basically serves as a mystical summon that deals devastating damage on an enemy. Lastly, players will also have to learn to manage the Fortitude and Morale system, which is incredibly vital, especially for bosses as it increases your raw damage output. Your morale is measured in levels called Fortitude and is earned by fighting enemies and staying alive for as long as possible. If you fall in battle, your morale will reduce back to your base fortitude level, and your max Fortitude can be leveled up by placing flags that serve as checkpoints in enemy bases. If your Fortitude and morale are higher than your opponents, you will find it easy to defeat them and vice versa. I found this system incredibly confusing at the start, especially as there’s already a full-fledged leveling system, but that changed quickly the longer I played. 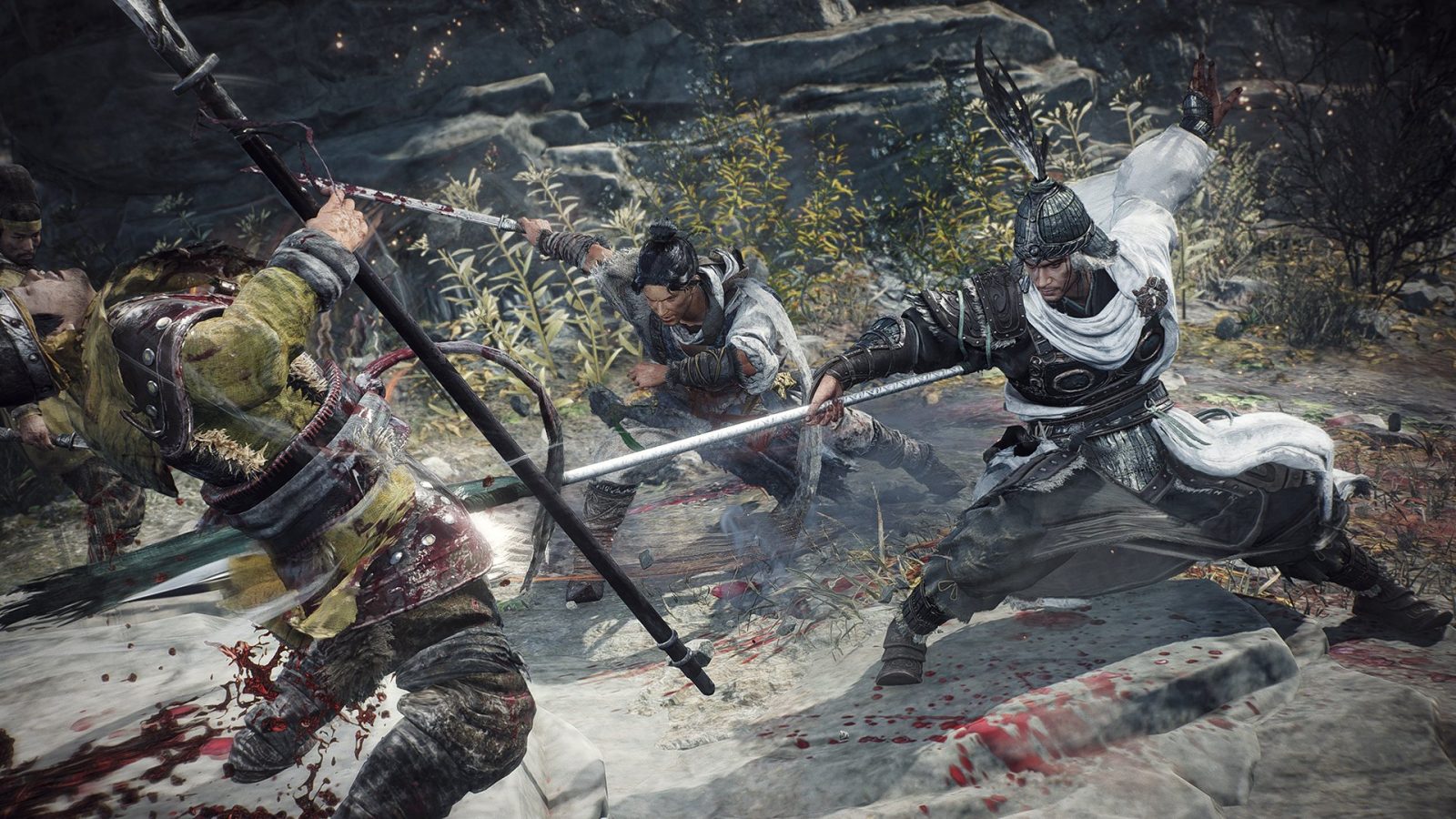 As you can probably guess, the gameplay mechanics are pretty detailed and arguably a tad bloated, but this won’t pose much of a problem if you know what skills and stats you want to build on. However, one of the few issues I’ve encountered with the combat system so far is that due to wizardry spells being highly specific, several of them will be useless to the average player unless a specific build is in mind, especially earlier on. A prime example of this is the stealth system which I’ve found zero use for so far due to the enemy placements, many of whom you can just run past most times. Another is how inconsistent NPC party members or “reinforcements” are; some will often do nothing, while others will virtually carry you.

Outside combat, players will pick up several items, accessories, and armor pieces of varying stats, some fashionable, others not so much. In terms of visuals, Wo Long: Fallen Dynasty sports environments that are crisp and detailed, and models that are attractive, and even better than in Nioh. Sadly, the art direction looks drab and lifeless, with very depressing color palettes. The level designs, while nice, also feel very similar to previous titles, at least so far. Performance-wise, the game currently runs at a maximum of 60 FPS on PC. While it runs smoothly 90 percent of the time, I still encountered issues with the framerate dipping now and then, regardless of the graphical setting. I also encountered minor glitches and flickering here and there, but nothing too annoying or game-breaking. 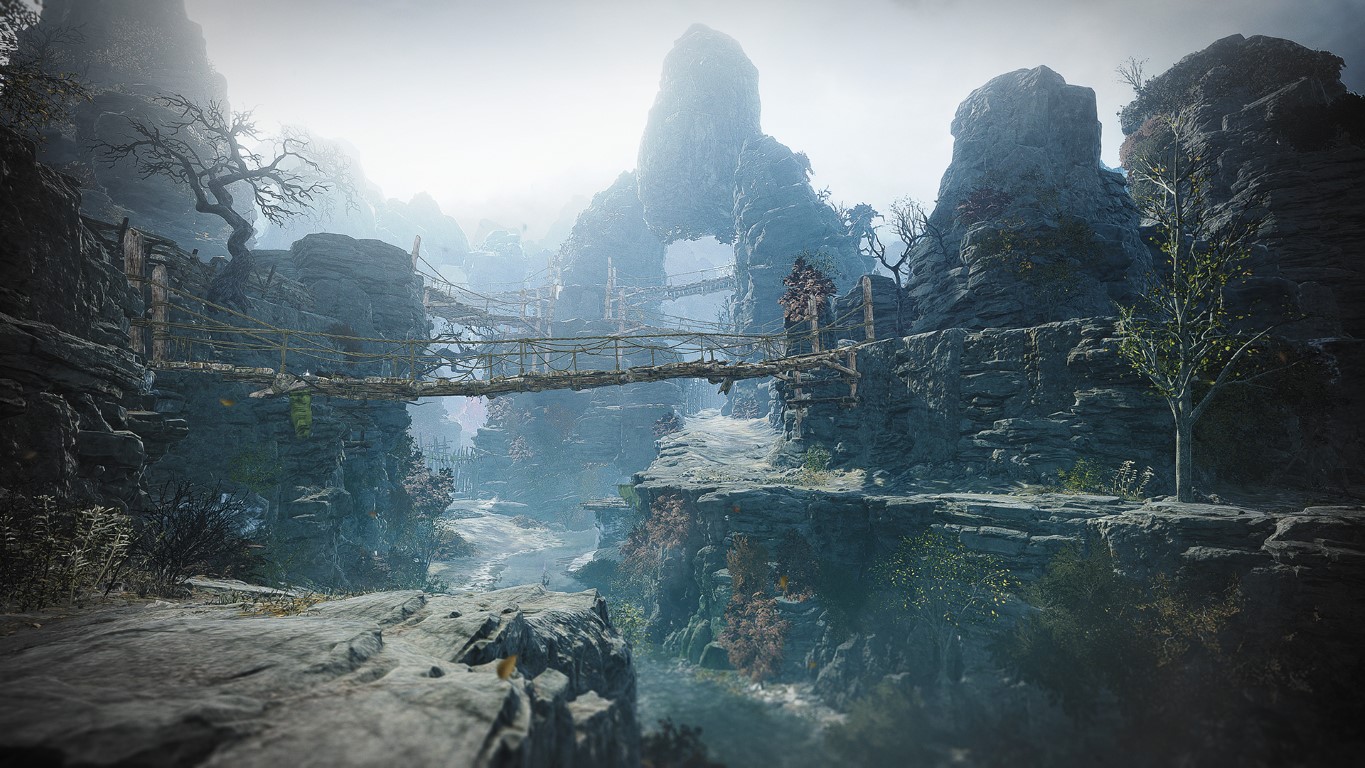 Overall, Wo Long: Fallen Dynasty has so far impressed me in many different ways. While I find the narrative it offers so far quite dull, the art direction even duller, and the gameplay elements a bit too bloated, the experience it provides has far exceeded my expectations and is perhaps my favorite souls-like Team Ninja title to date. The game provides a challenging but satisfying experience, and I can’t wait to see what else it offers.