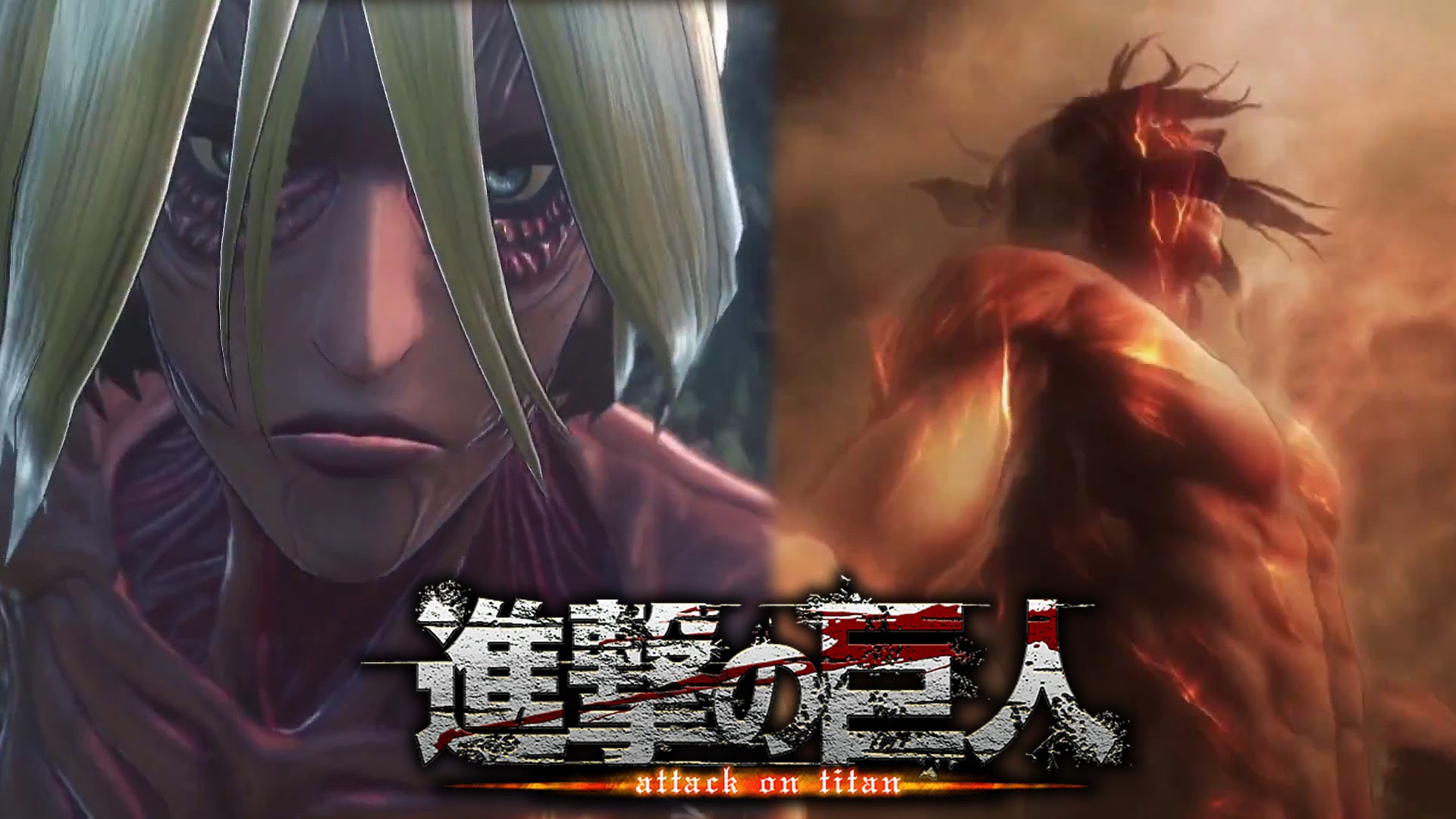 In an alternate history and on an alternate earth, as mankind was entering the fledgling years of its industrial revolution, giant creatures appeared, the Titans, and with thoughtless,relentless, and bloody-minded determination, they began to drag humanity toward the brink of oblivion.

These eerily human-like creatures followed one instinctual drive- to massacre every man, woman,and child in the world by devouring them whole.

In this already blood and despair drenched setting, things go from bad to worse when the largest Titan ever seen mysteriously appears outside a section of the massive walls that protect humanity’s one and only remaining colony.

In a sudden act of barbaric strategy, the enormous creature kicks a hole through the primary gate, allowing hordes of the smaller creatures who’ve been kept at bay for a century a method of invasion.

Years in the wake of the Titan’s breach of the largest colonial wall and the slaughter that followed, an unlikely group of refugees join the military to fight the Titans and take back the land they’ve lost. Armed with grapple and jet-assisted Vertical Maneuvering Equipment, which grants soldiers the ability to quickly scale trees, buildings, and even the Titans themselves in order to fight them effectively, we take control of our heroes as they fight not only for their own futures, but that of the human race.

Attack on Titan is one of anime’s most recent success stories, and subject to worldwide acclaim for it’s terrifying tone, unique action, and memorable characters. In the game we are finally able to get a taste of what it’s like to fight the massive beasts known as the Titans through the eyes of several of its protagonists, and man, it can be intense.

Compared to some of the early footage I’ve seen from the Japanese release of the game this past February, the western port looks a bit more crisp and updated for the PS4, Xbox One, and Windows platforms. Although the graphics are still limited a bit by the much rougher textures expected by handheld gaming units, this version really holds its own. The lack of some superfluous detail saves a lot on performance as well, and you’ll appreciate that during the less forgiving action sequences.

The in-game controls for the V.M.S. system the characters use (and what nearly encompasses the entirety of the game’s play mechanics) becomes intuitive quickly with some practice, even though how it behaves can change drastically depending on what you’re trying to do. Timing and analog-flicking makes all the difference in what kind of results you can achieve, and the system is flexible enough for talented players to really pull off some dramatic combinations.

A fumble however can land you on the ground and at the Titan’s mercy, and that, I must say, is properly terrifying.

Seeing your allies or your character be grabbed by a Titan, and then slowly being swallowed(or chewed, for the very unlucky) inside their gaping maws while they scream for their lives, can be a hard visual for the squeamish to take. But, considering this is a tie-in game for a massively popular anime and manga series, it’s unlikely for it wind up in the hands of someone at least not somewhat familiar with the content and what to expect.

As much fun as Attack on Titan the video game can be however, the primary combat loop is repetitive, and you will notice that quickly. This isn’t really a flaw in the game, especially considering it was in some capacity designed to be played on the go. But the point still warrants some consideration before grabbing a copy.

Like many other recent Koei Tecmo tie-ins, you are treated to motion-comic cutscenes in between missions to convey the story and how it was altered to accommodate a video game’s need for pacing and consistent action. These are all rendered with loving care appropriate for the show that spawned it, and really helps (but doesn’t solve) fans exceptionally long wait until the next season of the anime is finally released. (Three years and counting…)

As far as first impressions go, Attack on Titan was very satisfying and managed to edge itself just above what I expected from it. I look forward to it’s final release later in the year.