I’ve been eagerly following the development of Stranded Sails for a while now, eager to experience the combination of a Zelda-like adventure game blended with a dash of farming and the zest of nautical exploration. I finally got my chance to go hands-on with this cute little low-poly adventure game at PAX West, and got a taste of the adventure to come.

Stranded Sails tells the story of you, a young man or woman who has been shipwrecked and stranded on a series of islands along with your crew. Conveniently, each of your crew members excels at something, and under their guidance you’ll learn to create tools, forge weapons, cook, farm, fish, and more. The game is bright, low-poly, and the characters are equally simple and delightful, modeled off of familiar tropes. The cook, for example, is a walking stereotype of a French chef, not the kind of seasoned galley cook you might actually expect to find on a ship. 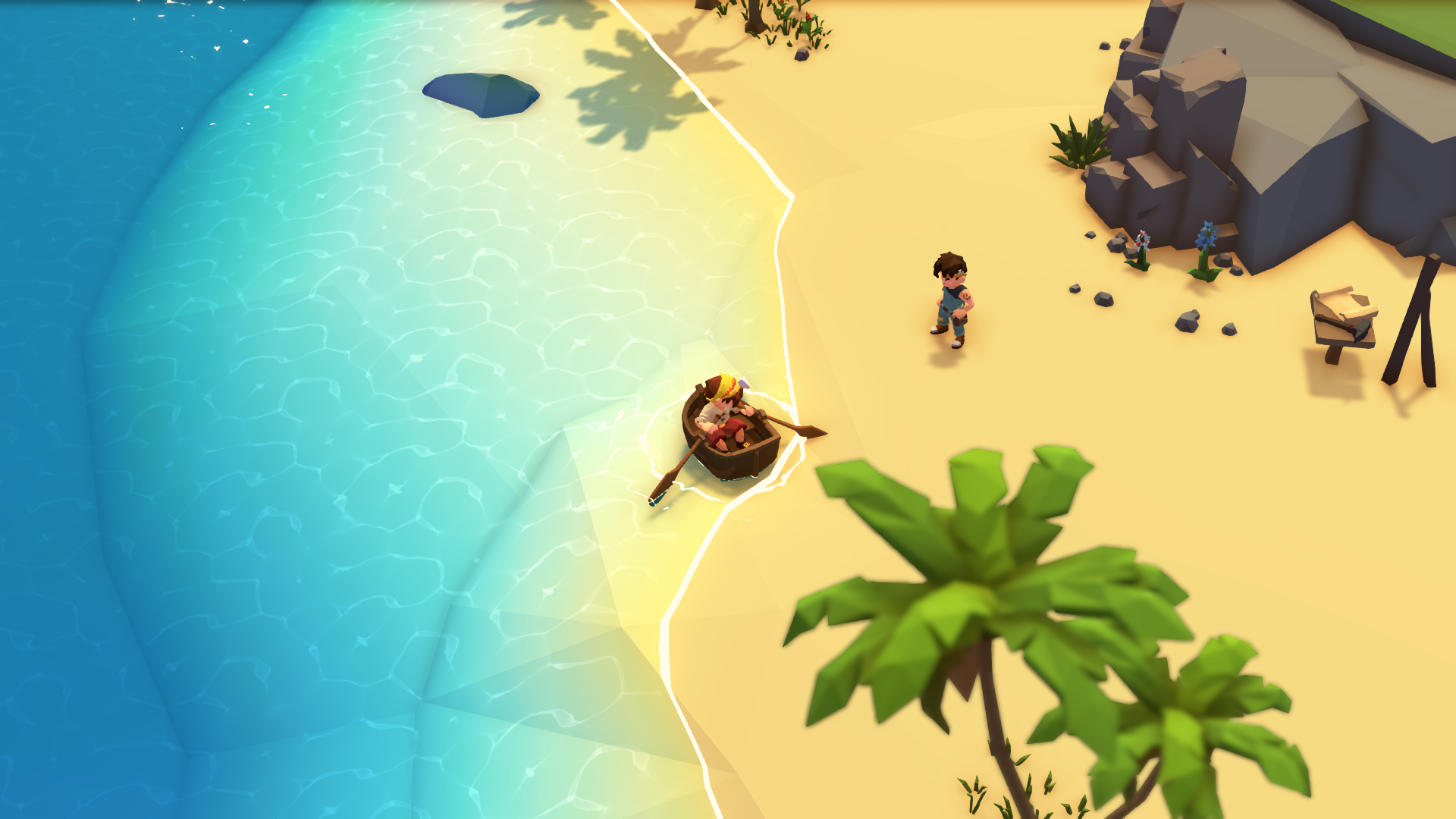 I was able to explore a small set of islands, climbing cliffs, building bridges, and paddling across shallow water in a little row boat. The islands have enough decoration to be visually interesting while still keeping with the game’s low-poly vibe. There are a number of obstacles to block your traversal, and you’ll need to use different tools and resources in order to tackle them and explore further. Your crew mates will help you learn how to make tools such as hammers and saws, and you’ll need various crafted items in order to unlock different parts of the island and the resources waiting there.

Then there’s all the simulation elements of the game. While you’ll be working with your crew members, the demo did not show any kind of true town management; your crew members will help you cook, craft, etc, but they won’t do things like collect resources or tend to the farm on your behalf. While farming is a major feature of the game, you’ll have to grow and then cook all the food you need in order to survive combat; it’s not a full, farming-game simulation. It’s pretty basic: Plant, water, wait, harvest, rinse, and repeat. It’s more the farming in Return to Popolocrois or Yonder: The Cloud Catcher Chronicles than Harvest Moon or Story of Seasons. 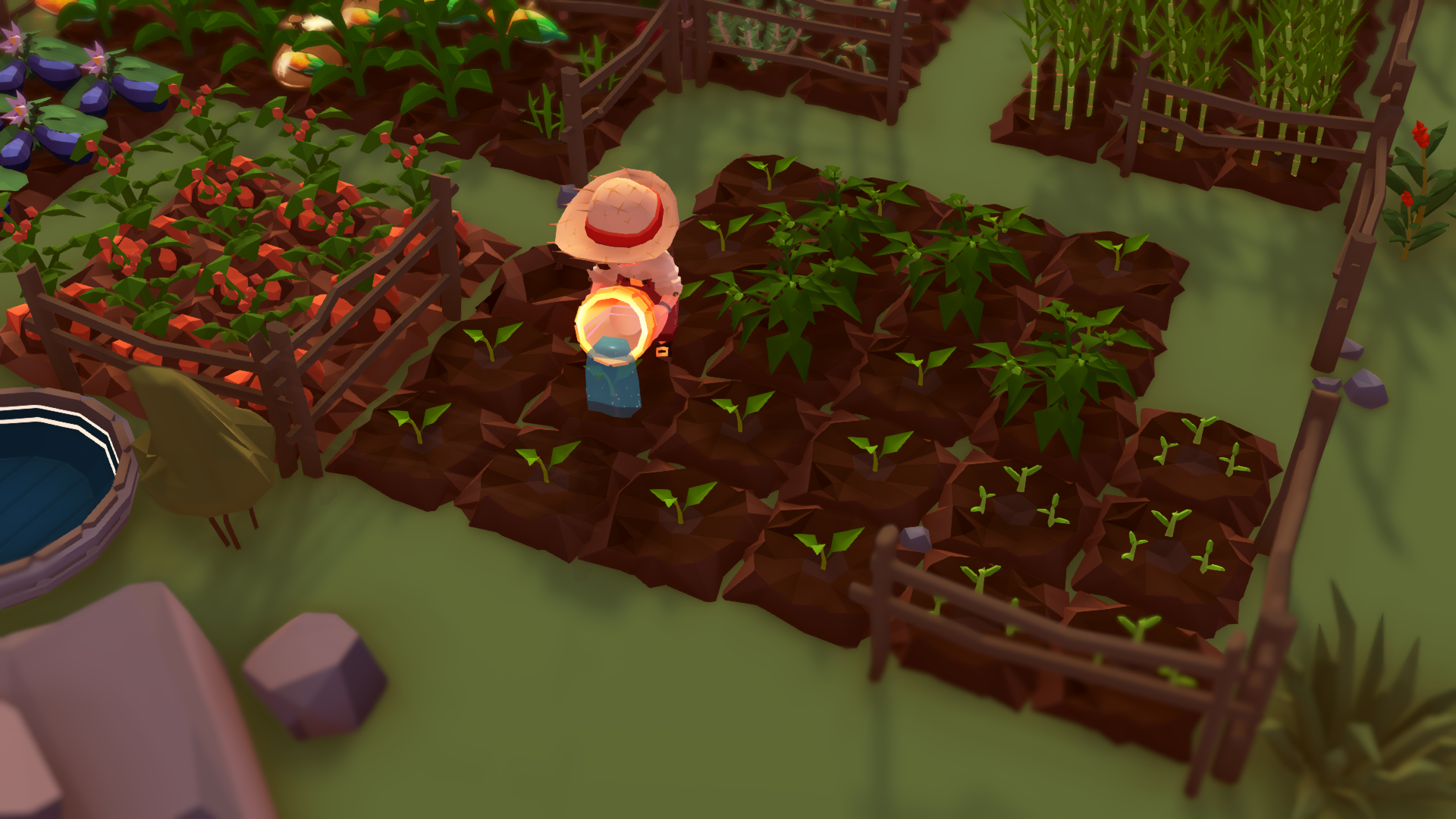 The fishing minigame is a true delight. It plays out almost like a rhythm game; you’ll need to mash a button in order to reel the fish in, but if you time your pulls to when a pair of ripples/rings of water overlap in just the right way, you’ll have a much more powerful pull, and can even stun the fish. It’s pretty easy at the beginner fishing spots, but I failed to reel in a single fish from the much more advanced spot I found, though I got close a time or two!

Cooking is simple, though figuring out new recipes is something of a minigame in and of itself. In order to cook successfully, you’ll have to place different ingredients into slots in the correct order. Getting the right order requires guesswork as the recipe gives you symbols, a check for the right item in the right spot, arrows for the right ingredient that’s in the wrong spot, and an angry red X if you’ve used an ingredient that isn’t used in this recipe. This process can be a little frustrating, but you won’t use/lose ingredients if you place them in the wrong spot, and you’ll be able to simply select and cook a recipe after you’ve successfully guessed the ingredients and their places once, so that’s nice. 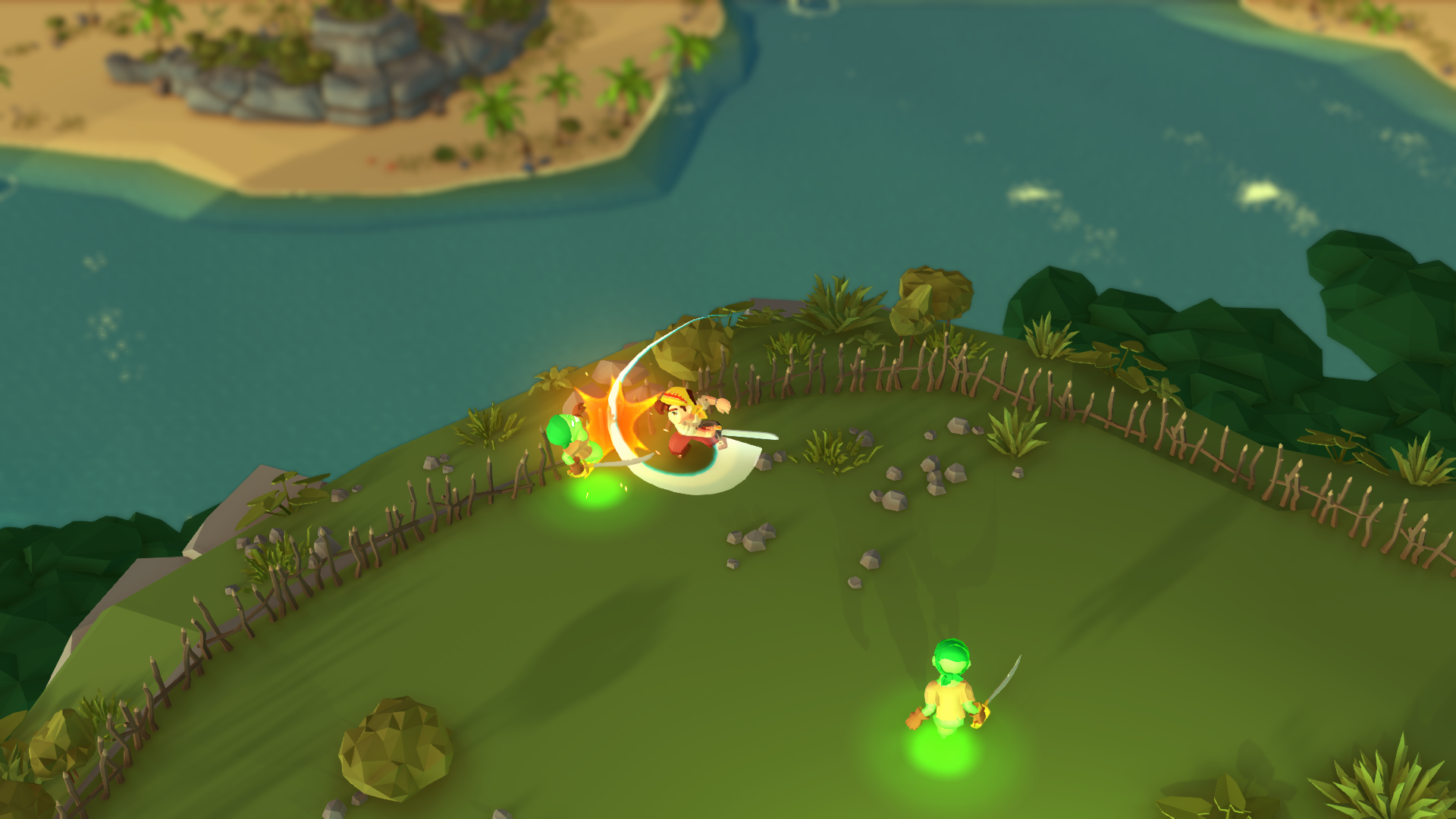 Combat is simple and weapon-based, no spells or magic present in the demo, but it’s not a simple hack-and-slash. You’ll need to study your enemies, predict their movements, and time your attacks if you want to preserve your hit points and stamina. You will steadily eat through your stamina as you build, farm, explore, and fight, so cooking is incredibly important; you don’t want to find yourself staring down a boss monster while being too tired to swing your sword, after all.

Stranded Sails was a great little gem on the PAX floor; it was also the only game I was able to play during my time at PAX West. Because of a fracture at a very bad location in my left arm, I’d been banned from playing video games, but was able to still enjoy this title thanks to an incredibly slick one-handed-play feature. I was easily able to navigate, farm, craft, and even fight using only a basic mouse and its buttons. If it was this much of a delight to play with such limited tools, then I’m eager to see how the game plays with a controller or a full mouse and keyboard.

Stranded Sails is slated for release this month on the Nintendo Switch, PlayStation 4, Xbox One, and PC. Check out the gameplay trailer above or head over to the official website to learn more.