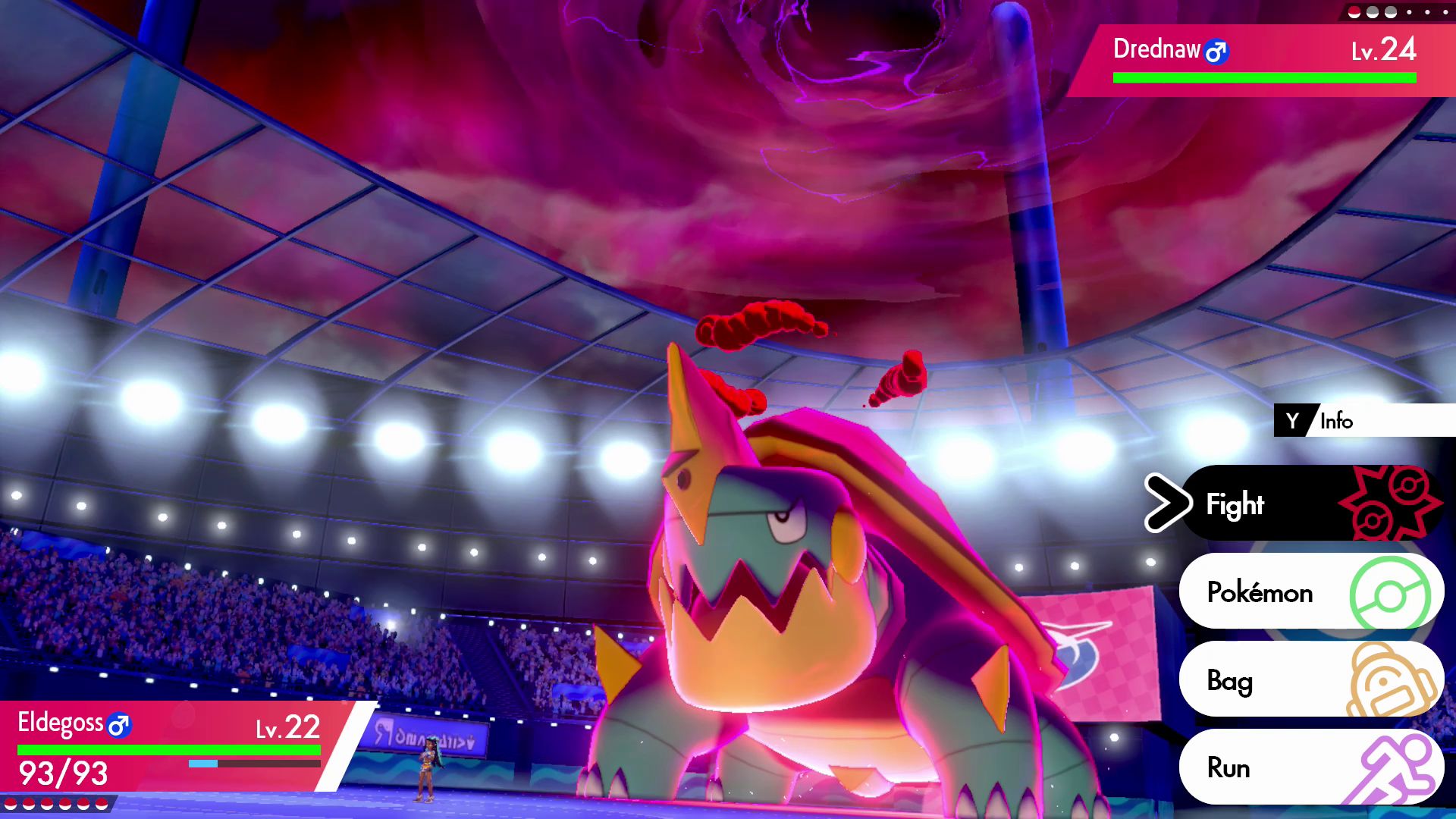 We got to go hands-on with a demo for Pokémon Sword and Shield at E3, and don’t worry, trainers, when it comes to Treehouse news we have some opinions. But before we dive into that, let’s talk about the demo itself. We slipped into a football uniform and sauntered into the stadium to take on Nessa, the Galar region’s water type gym leader.

We began the game with a team consisting of the three Galar starters, Corviknight, Wooloo and Yamper, and a Dynamax bracelet. We had to battle and puzzle our way through the stadium before we could go toe to toe with Nessa; this involved clearing a path through the stadium by manipulating a series of switches to divert waterfalls, and besting a handful of water type trainers who tried to block our path. Pretty standard fare, as far as Pokémon goes, but it did give us the chance to see the oddly charming Impidimp in action. 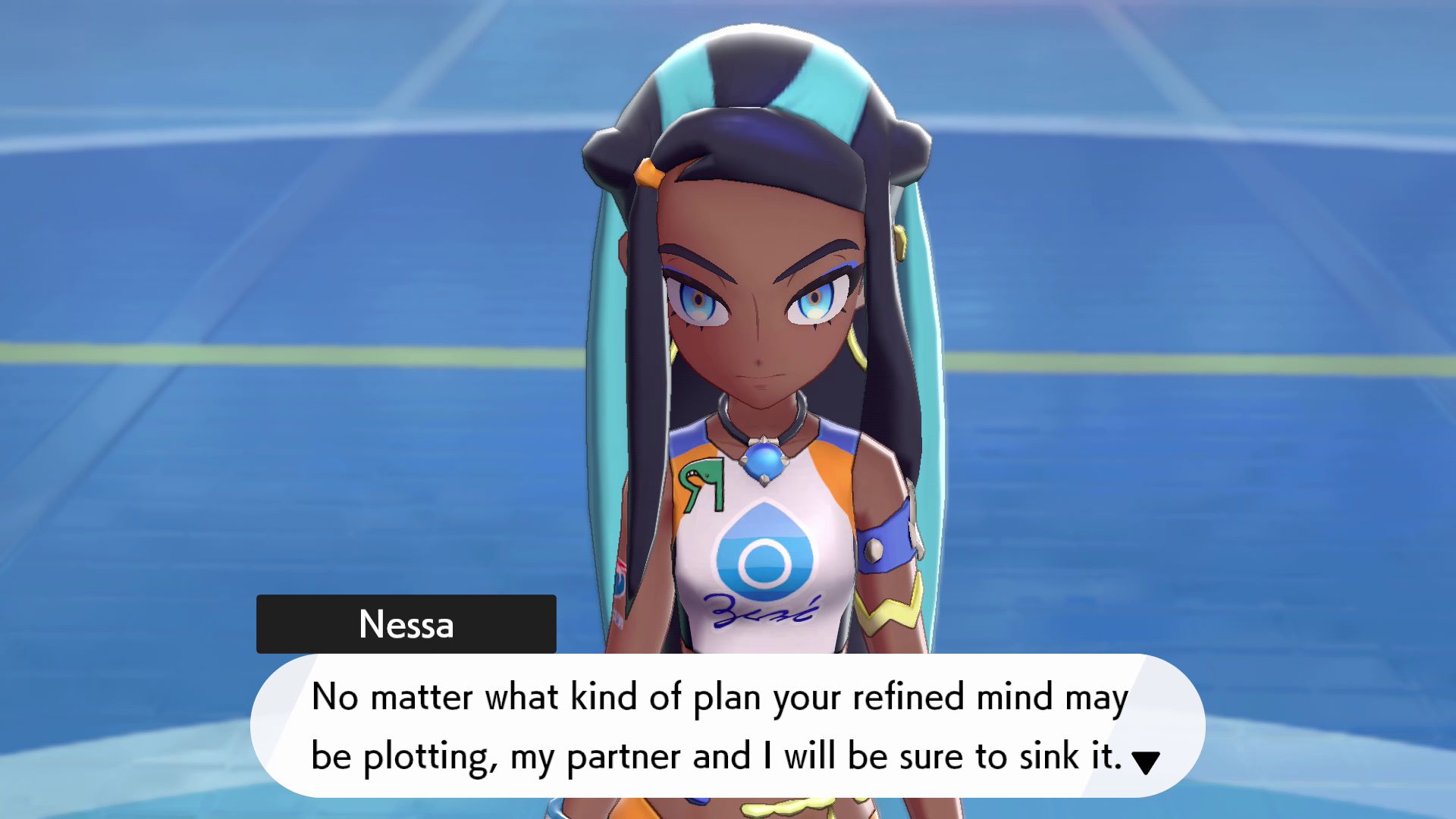 The waterfall puzzles felt pretty simple until we reached what we thought was the very last switch, which diverted a torrent of water directly in front of the door leading to Nessa. We found ourselves having to backtrack to the very beginning of the room and rethink the whole puzzle in order to advance. This also lead us right to a new quality of life feature of Sword and Shield: a healer stationed at the front of each gym. Rejoice! The days of trekking out of the gym and back to the Pokécenter to heal up between battling the gym leaders and their cronies are at an end.

The battles themselves are not significantly different from previous installments; the animations are smooth, but still very much the same. The interface is much more minimalistic and, after the bright, bulky, often rainbow colored interfaces in Sun, Moon, and their Ultra counterparts, it feels much more clean, professional, and is much easier on the eyes. Pressing the Y button allows you to learn more about a selected move, something which becomes important when using Dynamax moves. 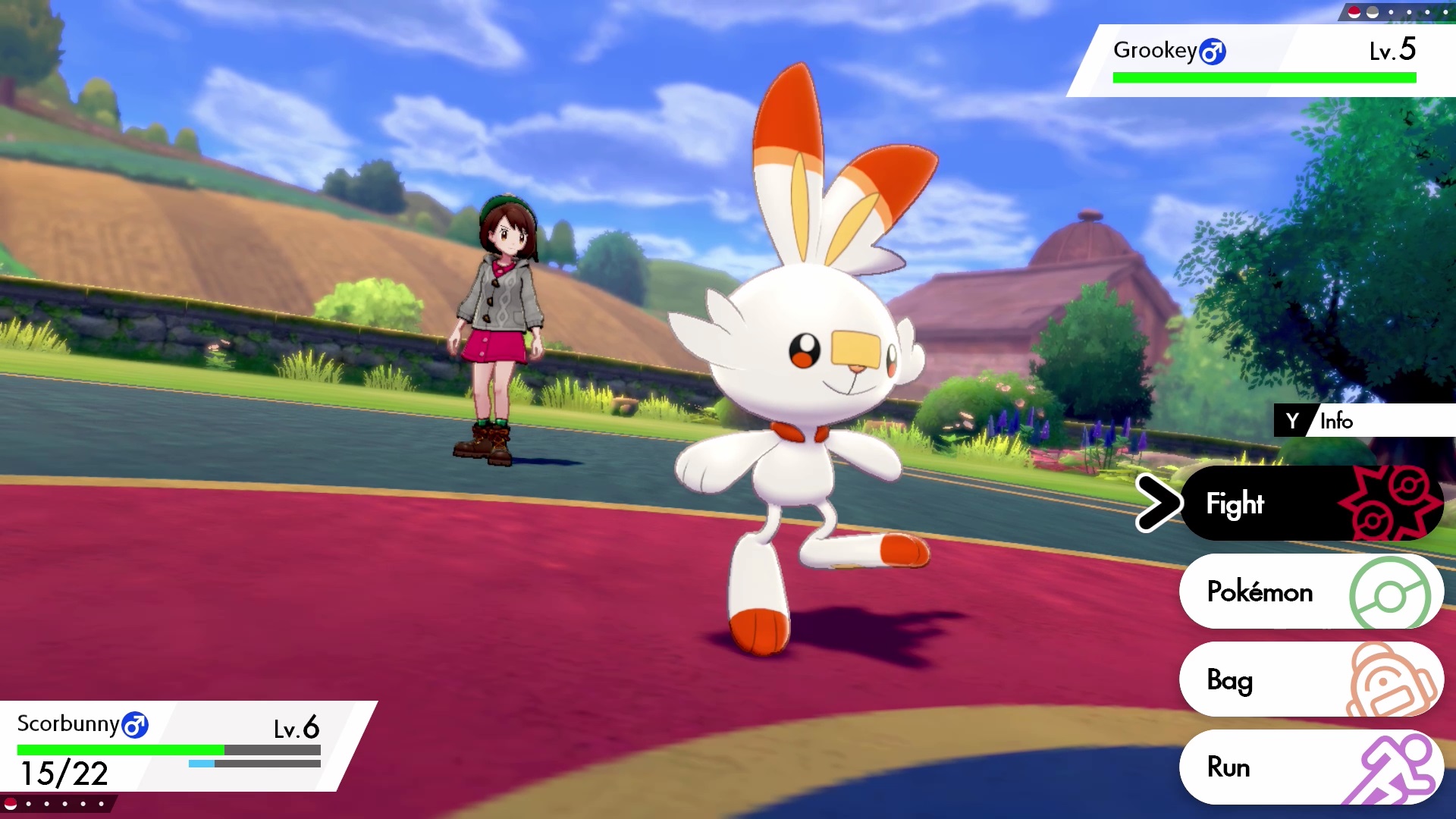 Ahh. Dynamax. The newest Pokémon gimmick which I could do entirely without. Don’t get me wrong, I laughed hysterically when Yamper became big enough to take up half the freaking stadium, but I can’t help but find myself asking… why? Dynamaxed Pokémon have more than just their size and stats upped, their moves also receive a boost. Dynamaxed versions of Yamper and Drednaw went at it for a few turns, and their abilities kept flipping the battle ground from electric to water and back again. We did manage to take out Drednaw before Yamper hit zero HP, so we didn’t get to see the Dynamax death explosion in person, which I’m more than a little sad about.

With the battle won, the demo was over, and our press handlers, sadly, did not have any more information regarding the Wild Area, regional variants, Pokémon Home, or the lack of a National Dex in the upcoming Switch games. While we’re ready and eager to dive back into the world of Pokémon, and we’ve seen some tantalizing gameplay, we’ve still got some questions that need answering before Pokémon Sword and Pokémon Shield come to the Nintendo Switch on November 15th. Swing by the official Pokémon website for more information about the Galar region games, and be sure to check out our continuing E3 coverage.