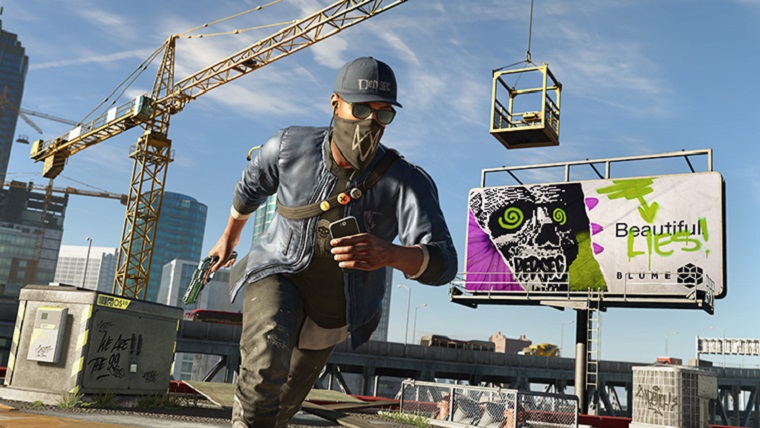 Hacking is a dangerous business. I recently learned this firsthand during my time with Watch Dogs 2, when I murdered an innocent quest-giver in cold blood. Watch Dogs 2 puts the power of an entire city in the hands of the player, much more so than the original Watch Dogs did. This includes the ability to hack vehicles remotely, and crash them in order to create a distraction. In my case, this resulted in me driving a vehicle right into the quest giver who was the central figure in the section of the game I was supposed to play.

Luckily for me, I had other means to obtain the quest I needed, and was able to hack into a communications device that gave me the information I needed. My mission: to break into the office of a dirty politician, and steal evidence that would prove he had rigged elections. Depending on the player’s preferred style of play, Marcus can go in guns blazing, use stealth to sneak in and sneak out undetected, or use traps and trickery to indirectly take out enemies. My style of play is mostly sloppy, so I decided to wing it, and take out as many enemies as I could before getting caught and then improvising from there.

Nearly everything is hackable in Watch Dogs 2. Scaffold vehicles can raise Marcus to rooftops, electrical units can explode to harm enemies or break to cause a distraction, even whole groups of witnesses can become unknowing accomplices in causing diversion when Marcus hacks all of their cells phones and makes them all ring at once. In addition, Marcus has several robotic companions at his disposal to assist him. His drone can get a bird’s eye view and scope out the area, while his RC car can sneak through areas unnoticed and steal data on Marcus’ behalf.

I chose to work my way onto the rooftop by hacking a nearby electronic scaffold, and jumping from rooftop-to-rooftop. Then, using my trusty drone, I scoped out the building and tagged all enemies to help me get around. I used nearby electronic devices to create a diversion, snuck inside the building, and used my RC car to sneak past some guard and steal the data. At this point things went wrong.

I accidentally made my RC car jump about 6 feet in the air, and my cover was blown. A few armed guards came at me, and I was able to defeat them using my trusty cue ball attached to a bungee cord, then run away. The parkour is Watch Dogs 2 is really intuitive, and Marcus jumped, spun, and rolled exactly as I’d hoped he would as I descended towards the streets of San Francisco. Then I stole a car and made my getaway.

The driving mechanics in the first Watch Dogs game were something of an issue. While the experience was fairly realistic, it wasn’t a very enjoyable experience by any measure. Watch Dogs 2 takes a much more arcadey approach. Vehicles move faster, turn easier, and are generally a more entertaining experience — for what you lose in realism, you gain in excitement. I crashed more than a few times, but made it out (mostly) unscathed.
Watch Dogs 2 seems to be coming along well, and is already a vast improvement over the original game. We’ll be following this title closely, so keep reading Gaming Trend for all your Watch Dogs 2 content.