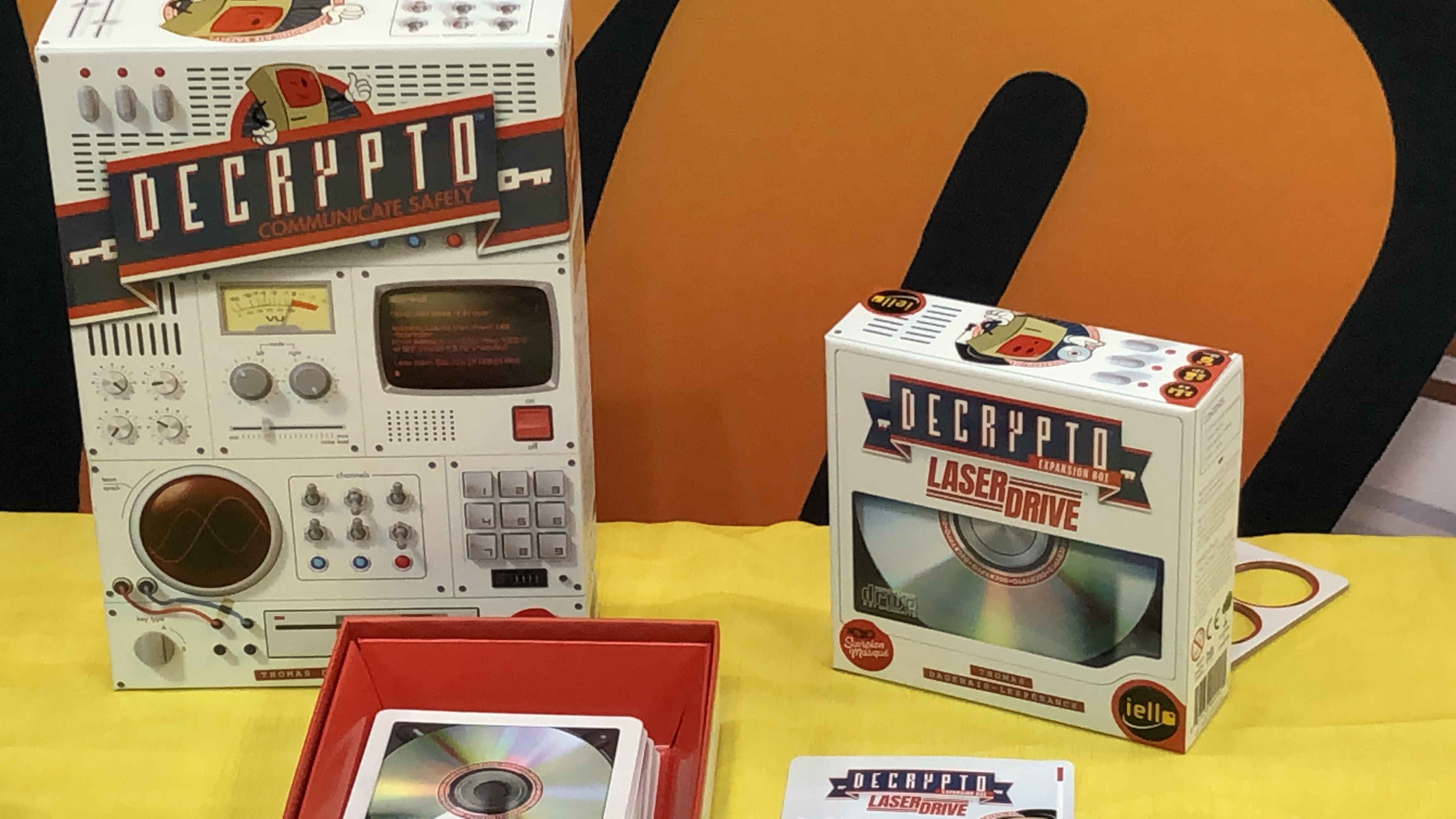 Decrypto has become an alternative to Codenames. In Decrypto, two teams sit on the opposite side of a table. A sequence of words is shown in four windows. One player takes a code card that has three numbers on it. That player gives clues to get the rest of their teammates to guess the code in such a way that the other team can’t guess what the code is. The opposing team tries to guess the code. If they are right they get a white mark. If the opposing team guesses incorrectly, the current team guesses the code. If they are wrong they get a black mark. The game ends when either one team wins with two successful interceptions or one team loses with two incorrect code guesses. Now choosing your words gets more difficult with the Laser Drive expansion.

For some people giving clues is simple since they can use any word they want and they are only trying to describe a specific word that their team can see. Laser Drive makes players use a word that matches a category like “Something found in a kitchen” or “A television series.” At least one of the words needs to match the category, but if all three match, the team automatically earns a Laser token. After earning two Laser tokens, a team can try to guess one of the opposing team’s words and get an interception.

If you’ve played Decrypto a lot, the Laser Drive expansion may make you think harder about the clues you give for matching the code. It won’t give you any new words to put in the Decrypto stands, but it sounds like that might be coming in a future expansion. It only costs $15 and will be out next month.