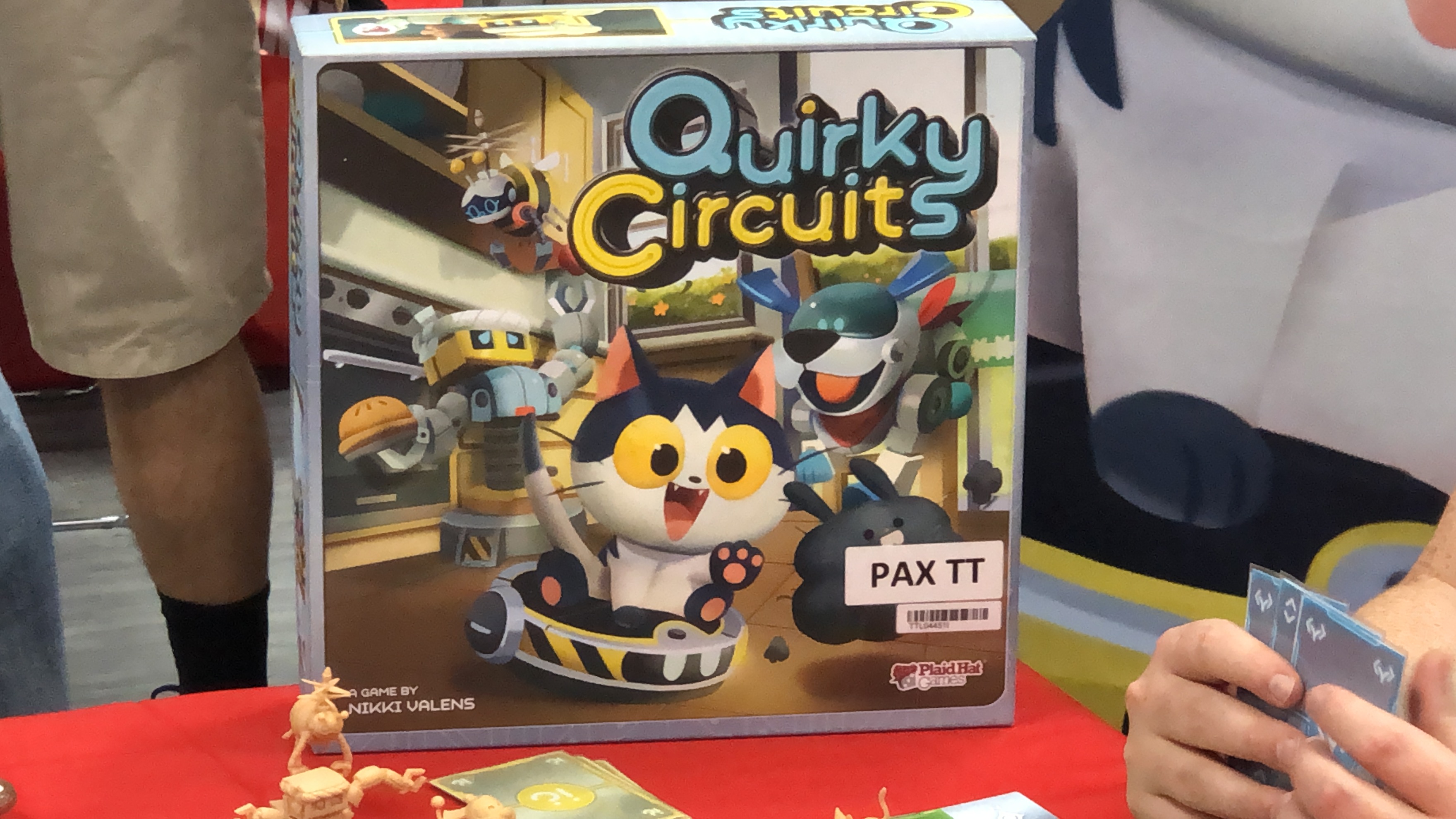 We expect our electronics to work properly. However, there seems to be times when those electronics seem to be finicky and act like they have a mind of their own. That’s the premise of Quirky Circuits, a new storybook adventure from Plaid Hat Games.

Quirky Circuits starts out with a cat riding on the house Rhoomba-like device. Due to the imbalance the cat is causing, the circular vacuum doesn’t always move in the proper direction. The players have the task of moving the vacuum in the right direction to sweep up dust bunnies around the room using programming cards. However, the players can’t talk to each other and reveal what their plans are, causing the vacuum to move unpredictably.

Quirky Circuits follows the storybook adventure formula of Stuffed Fables and Comanauts where the game starts out with a basic ruleset to get players to start playing the game quickly. After you complete a scenario successfully, the next game starts with the scenario on the following page. A few new rules are added and new objectives are stated, and possibly a new robo-friend may become available to be controlled. The gradual progression helps even the youngest to understand what is going on to add strategy, and even if they don’t get it, there are certain to be some laughs from how the robo-friend is moving. 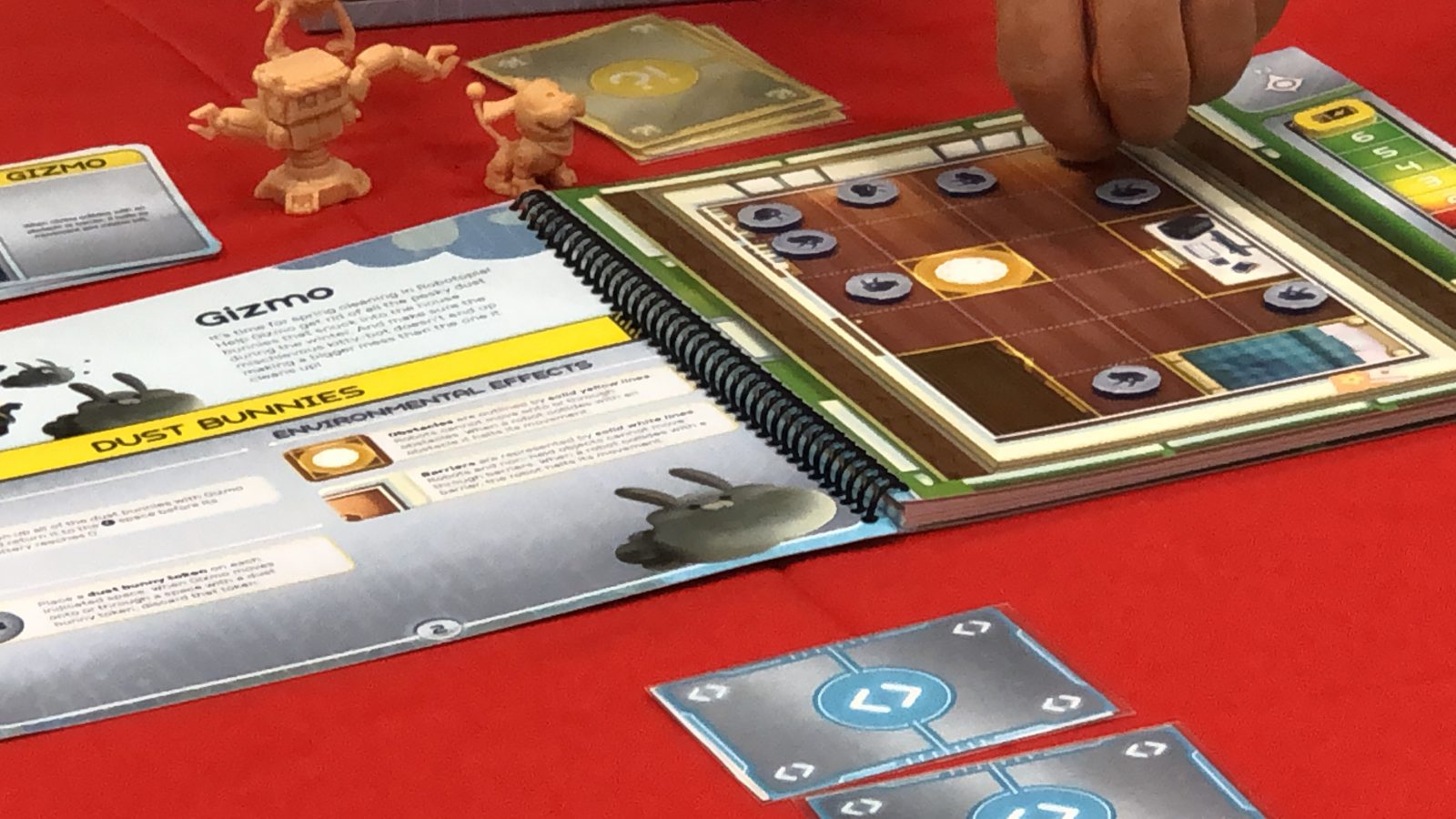 The artwork is bright and happy, a drastic change from Stuffed Fables. The robo-friends look friendly and who doesn’t like a cat riding a Rhoomba. The lightness of the artwork also seems to match the mood of the game. Mistakes will be made, but it seems like this is expected to be accompanied by laughter when this happens.

While Stuffed Fables was aimed at younger gamers, the theme felt incredibly dark and some of the figures were a bit frightening. Quirky Circuits feels like it was made for a younger age group, and it looks more jovial and light-hearted. If you want a way to get your kids to learn programming and they have mastered Robot Turtles, then you might want to look at Quirky Circuits when it comes out later this year.