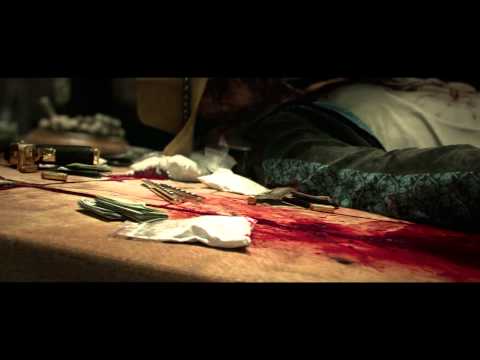 It was Ubisoft’s big surprise for their Press Conference, and it is easily one of the bigger surprises of E3. I’m, of course, talking about Tom Clancy’s Ghost Recon: Wildlands. It’s been a few years since our last outing with Ghost Recon: Future Soldier, but the team wanted to take the series back to it’s roots. Stripping away all of the technology and bringing back the fundamentals, it’s time to dig into Ghost Recon: Wildlands.

The developers open our hands-off demo of Ghost Recon: Wildlands by stating that it is the first shooter set in a reactive open world. It can be played either solo or with up to three friends, and features drop-in and drop-out cooperative play. Player decisions will help shape the completely unscripted and non-linear world, allowing them to go anywhere and play any mission at any time.

Basejumping for the win.

The game takes place in Bolivia. The country has turned into a narco state as the region has become the largest cocaine producer in the world. Our job is simple — we need to break the alliance between the cartel and the corrupt government, and then crush the remnants.

The demo mission was to exfiltrate a man named Alvarez who goes by the nickname “El Chango”. Alvarez is a high ranking smuggler working for Nina Flores, the head of the smuggling cartel. Unfortunately for him, he’s also a snitch, and Nina knows it. He’s being held in a camp near the town of Huertas. We’ll need a little intel to break him out, and we intend to go find a local cartel lieutenant to “ask him nicely” about the prison layout.

If you can see it, you can drive it, fly it, sail it, or whatever else.

Throughout the demo, the developers had four screens running. Each player is able to go anywhere in the world, operating completely independently. In this case, two players were quite a distance away, making their way towards Huertas, while the other two were quite close and already marking targets. With the high value target subdued and interrogated, we find out that the prison is heavily guarded. It’s not exactly a revelation, but we had other options. We could have directly assaulted the camp, but a better solution would be to hit the local cartel helipad and come in from the air. Using motorcycles, trucks, trains, planes, boats, or anything else with an engine, anything you can see can be jacked and used to traverse the world. In this case, we’ll need a helicopter to run all four Ghosts into the prison safely.

The foliage in this game is very, very pretty.

Approaching the city of Huertas we see the results of our last mission. As the locals helped us in our previous outing, the cartel has hung those villagers by their neck outside of town as a warning. Using a drone, the team surveys the situation. The town has hundreds of villagers wandering around tending to their day. Some locals are dancing nearby as they celebrate a wedding. Using the cover of a nearby field, the team sneaks into the small mining town, quietly taking down two cartel members so they don’t spook the nearby celebration.

Tackle the game in daylight, or head in at night for a stealth approach

Kill synchronization becomes increasingly important as the other two Ghosts finally arrive, taking up flanking positions around the enemies. With the crossfire ambush in place, one of the Ghosts observes two factions arguing at the checkpoint near the chopper. Rather than cutting them all down, the sniper reaches out and sparks off the conflict with a well placed shot. As the two groups assault each other, the team waits out the carnage, finishing off the remainders. Finally capturing the helicopter, all four Ghosts launch into the sky, showing off the massive world the team is creating. With the prison below, two of the Ghosts basejump down to free the prisoner. With overwatch on the prison the Ghosts can identify far more enemies than they could tackle safely. Unfortunately, some enemies spotted the egress so once again the Ghosts have to think on their feet. Commandeering a nearby car, the hostage is shoved into the trunk and a bullet-dodging race to the nearby salt flats egress point ensues. The demo closes with this extraction, but even at this early stage it’s clear that this will be one to watch.

Did I mention the foliage is beautiful?

Tom Clancy’s Ghost Recon: Wildlands is set for release at some point in 2016. Stay tuned for more info as we get it, but check out the video below for a taste of what we got to see!