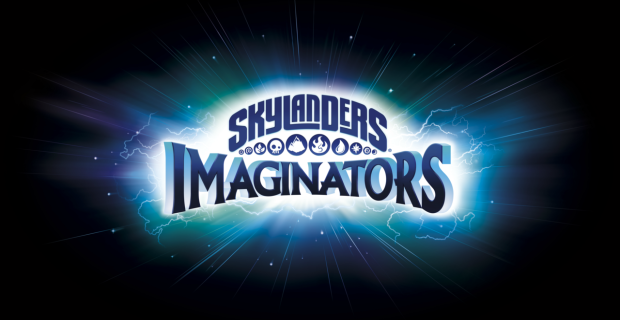 Toys For Bob first brought us their revolutionary Toys-to-life games back in 2011 when they released Skylanders: Spyro’s Adventure. Since then, they have built a very successful and fun franchise, with seven games under the franchise’s belt. The newest installment to the Skylanders franchise, Skylanders Imaginators, is here, and may just be the best one yet.

During my time with the game I was able to play as some of the new Skylanders figures that are being introduced, called sensei. While playing as those characters, I got to play through three of the game’s levels: Sky Fortress, Mushroom River, and Thumpin’ Wumpa Island. All the levels felt very different, and were clearly not just a reskin of the same level over and over again. I was also able to check out the game’s character creator and design my own Skylander. I went with a fire ninja, but you can choose from many battle classes which include brawler, knight, bowslinger, swashbuckler, sorcerer, smasher, quickshot, sentinel, bazooker, and ninja. The element you play as is decided by the type of creation crystal figure you buy to make your imaginator. Creation crystals take the place of the standard Toys-to-life figures and are placed on the character portal just like they would be.

Starcast as a Sensei in Skylanders Imaginators

In Skylanders Imaginators, the main antagonist of the series, Kaos, is back at it again. This time, he is using the power of mind magic to create doomlanders, which are Kaos’s own imaginators, to take over the Skylands. This game brings a whole new series of Skylanders, known as sensei, which each specialize in a certain area of fighting. If your imaginator is the same class as a sensei, they can unlock new items and moves for you, though some areas of the game will only be accessible by sensei.

Skylanders Imaginators focuses heavily on your ability to create your own skylander, and I have to say the game’s character creator feels great. The creator is so fluid and balances all of the options so well that you never get frustrated or feel like you need to have a degree in animation to create something truly original. I loved picking the scale of each of my character’s body parts, giving him small legs with a huge head and arms; I even got to give my character a rain hat! While I had a blast putting together how my character looked, the creator also shines with its audio. The game adds such a level of depth with its sound, which is a big part of the creator. You get to pick your character’s voice and sound effects, which really just make the whole character feel so much more personal. I have seen the ability to pick some sound elements for characters in the past, but I don’t think I have seen a game do it in such a perfect way before.

The gameplay felt very smooth; all the moves your character can do feel right, no matter what size your character ends up being, or which weapon design you go with. The battles were challenging, while not feeling unfair or to difficult. I never felt like I was going to be unable to win a fight just because I had styled my imaginator in a certain way.

Skylanders has always brought in some big names from video games, but Skylanders Imaginators brings in one of my favorite video game characters of all time: Crash Bandicoot. Luckily, I was able to play as Crash, and got to play his home level of Thumpin’ Wumpa Island, which was just incredible. I have played a lot of Crash Bandicoot games in my time, but not since the first two  or three games have I really gotten to play Crash the way I loved, until now. In Skylanders Imaginators  I was able to collect apples and smash crates, while trying to avoid hitting tnt, just like the good old days. Crash’s attacks and personality were just as I remembered them and it was like I was back in my childhood again. It felt as if I was playing an old Crash Bandicoot game, they even threw in a section where you run away from a giant boulder, which was one of my favorite aspect of the old games. Every part of Crash’s integration into the game was awesome and felt exactly how I had hoped it would. I can’t wait to see more of Crash in Skylanders Imaginators and to get my hands on my own Crash figure.

From what I got to see of Skylanders Imaginators, the game looks great. I had  a whole lot of fun the entire time I got to play it and can’t wait to get my hands on the full thing. I think that kids are going to love building their imaginators, and probably a lot of adults too.