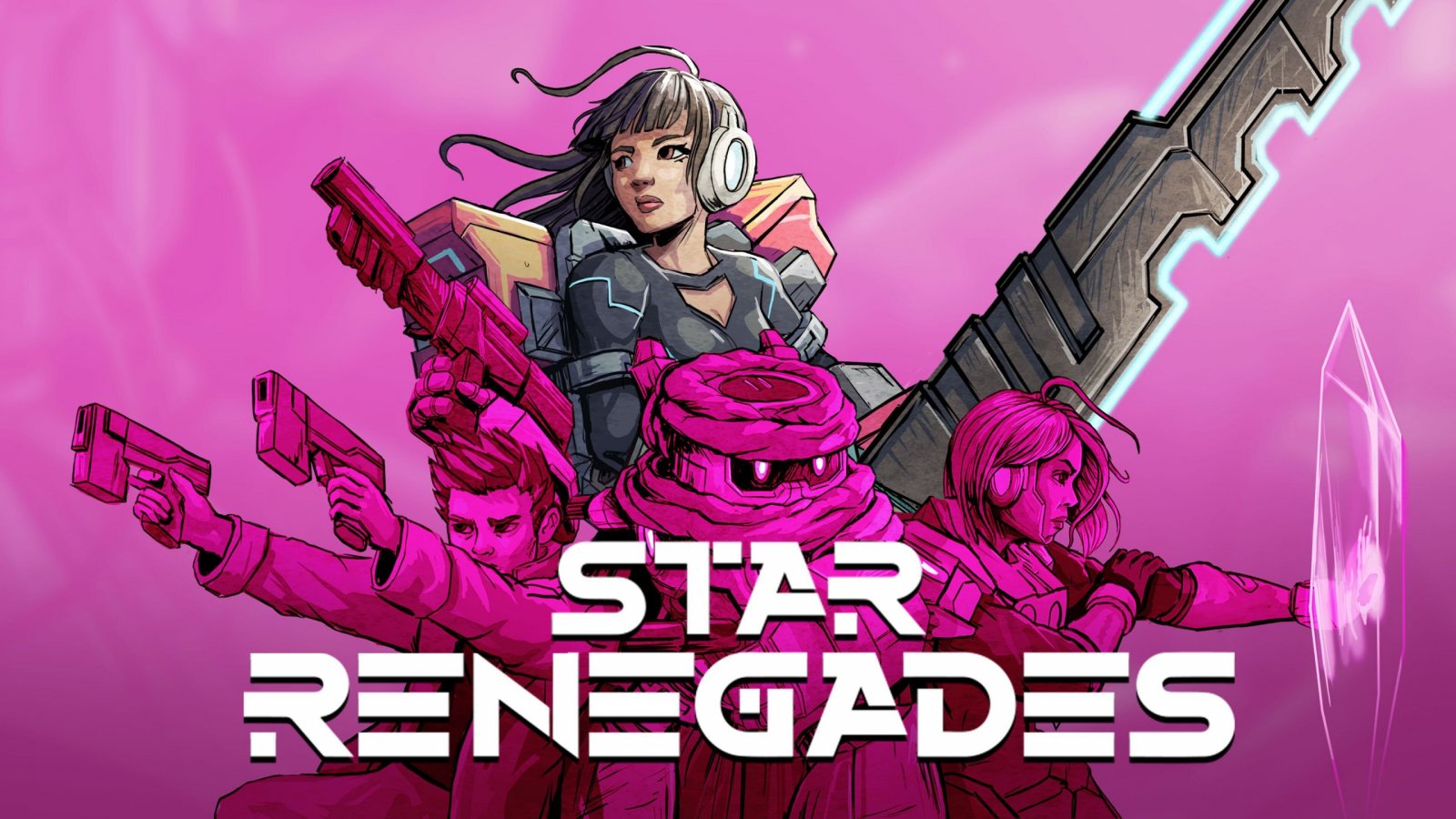 Studio Massive Damage (well known for Halcyon 6) presents a roguelite tactical RPG that takes place during an interplanetary rebellion against an evil, authoritarian empire. In Star Renegades, it’s your job to navigate the lands, fight AI-driven robots and collect data/occupy bases for your cause. AI bots probably don’t sound too off-putting, but when they have high health and shields, and are five times your size, even the strongest might be intimidated. Luckily, your inevitable death is not the end! Once your team has fallen, another team from the rebellion picks up where you left off, carrying on the cause and hopefully winning in your stead. 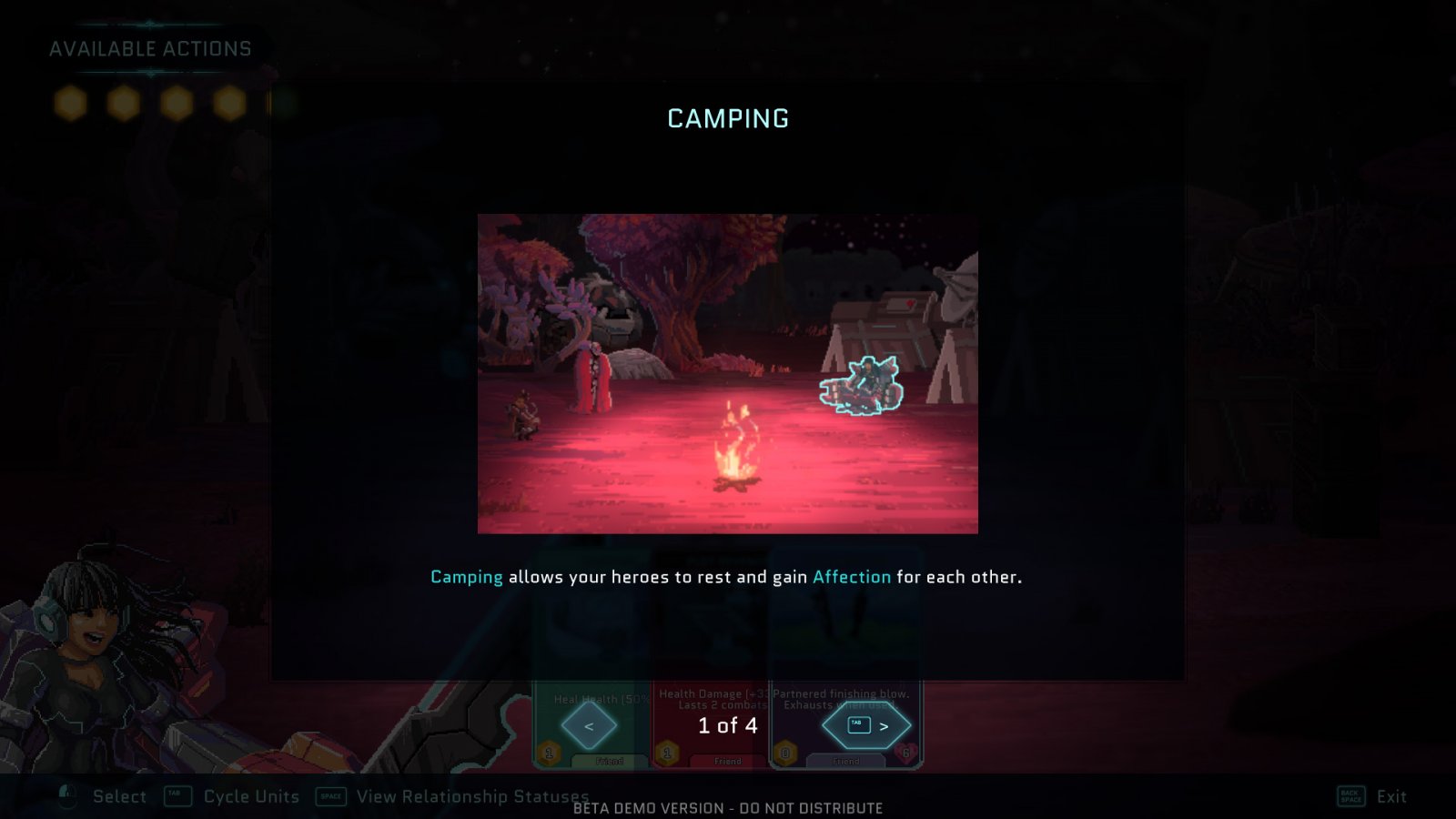 Missions take place in the daytime, while nighttime is used to set up camp, sleep, and recharge. During your camp outings you can use special items to heal, power up, or gain higher friendship levels before continuing the next day. Building friendships can do a lot in the game, including create a romantic bond, and teach combo moves which give you an immense power up during battles. Speaking of battles, missions are often timed, meaning you can’t explore the whole map and are forced to choose your paths wisely and efficiently. The turn-based combat system is easy to learn and navigate, which makes determining your enemies’ strengths and weaknesses fairly straightforward. 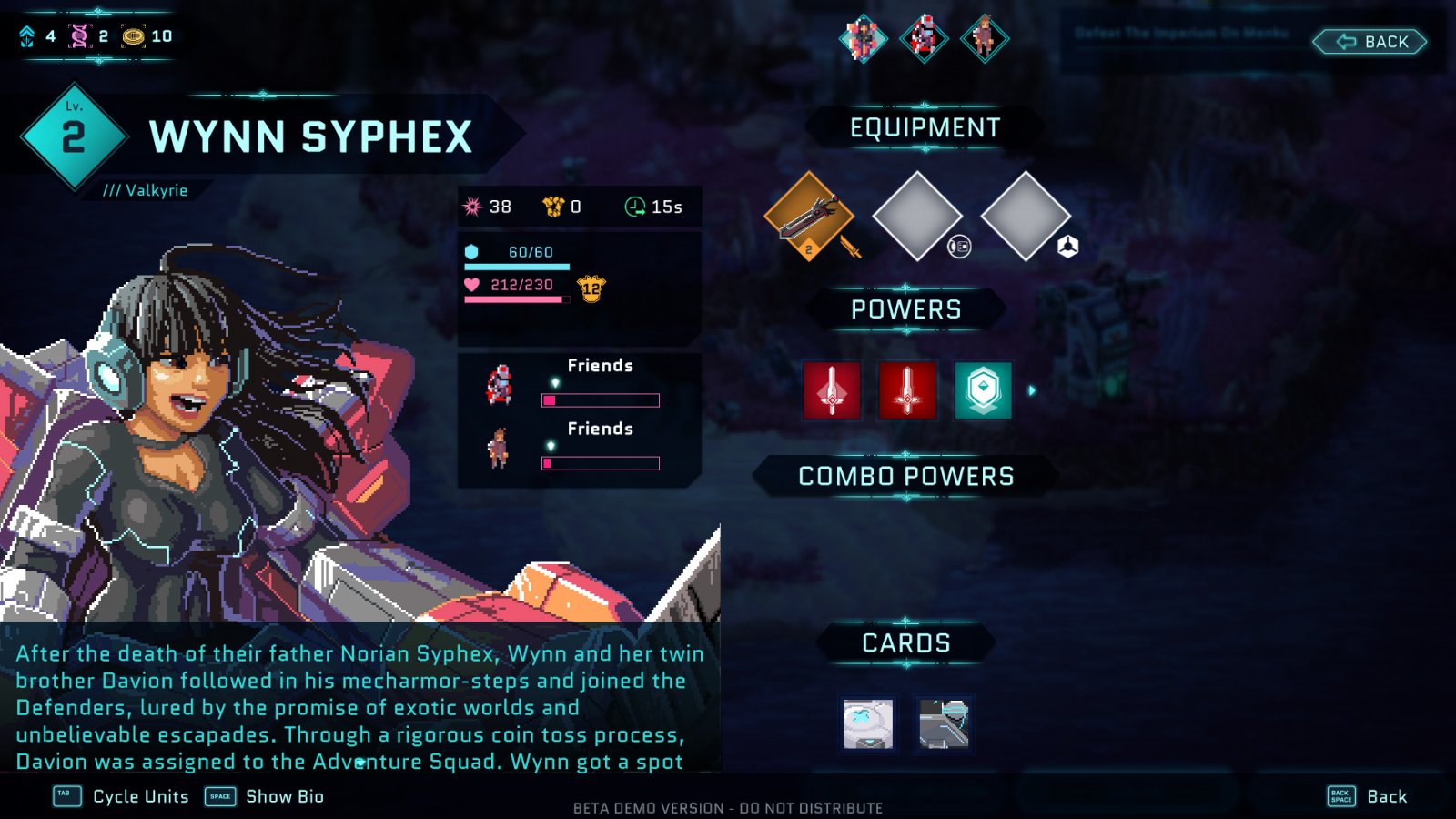 The further you progress in the story and in the rebellion, the more the evil empire progresses as well. Throughout the game, you can unlock, trade, and upgrade your rebels with tons of gear, loot, and weapons. You’ll do this by locating loot boxes, surveilling the area, and collecting DNA samples from various places on the maps. The comprehensive menu system displays your characters’ weapons, armor, and attack specials which I absolutely love. Though the graphics may look underwhelming at first glance, the old-school art style is very captivating due to the color, depth, and fluidity that it brings to the table. Some of the more eye-catching locations are the cantina, ruins, and the dungeons, but honestly, all the landscapes are breathtaking as well. 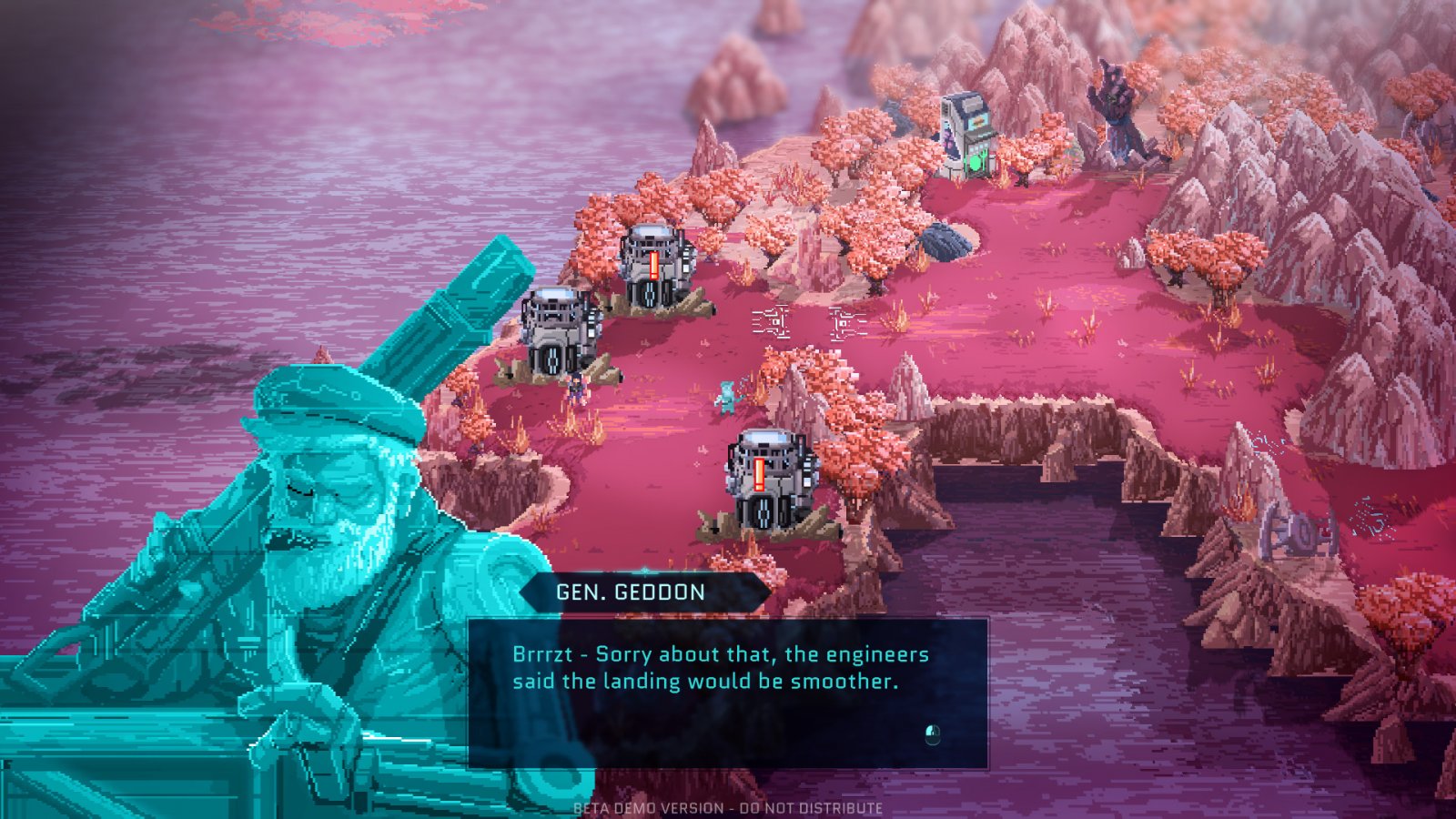 A thing to take note about Star Renegades is its unique experience in each playthrough, with gameplay affected by every in-game decision and battle outcome. Missions and level layouts are procedurally generated, again giving this game a one-of-a-kind experience for every gamer. The full launch of this game will include 13 hero classes, all having distinctive powers and abilities, which will include more than 45 unlockable characters to join the rebel cause. With these unique characters comes just as many noteworthy enemies, including 30 plus enemy classes, on top of 6 Behemoths –  all ready to crush your fighting spirits. Just to give some perspective on the massive world you have the privilege to fight in, there are over 50 handcrafted maps with boundless variations sprawling over 3 diverse planets.

Star Renegades is planned to be released later this year 2020, so check back regularly at Gaming Trend for updates.