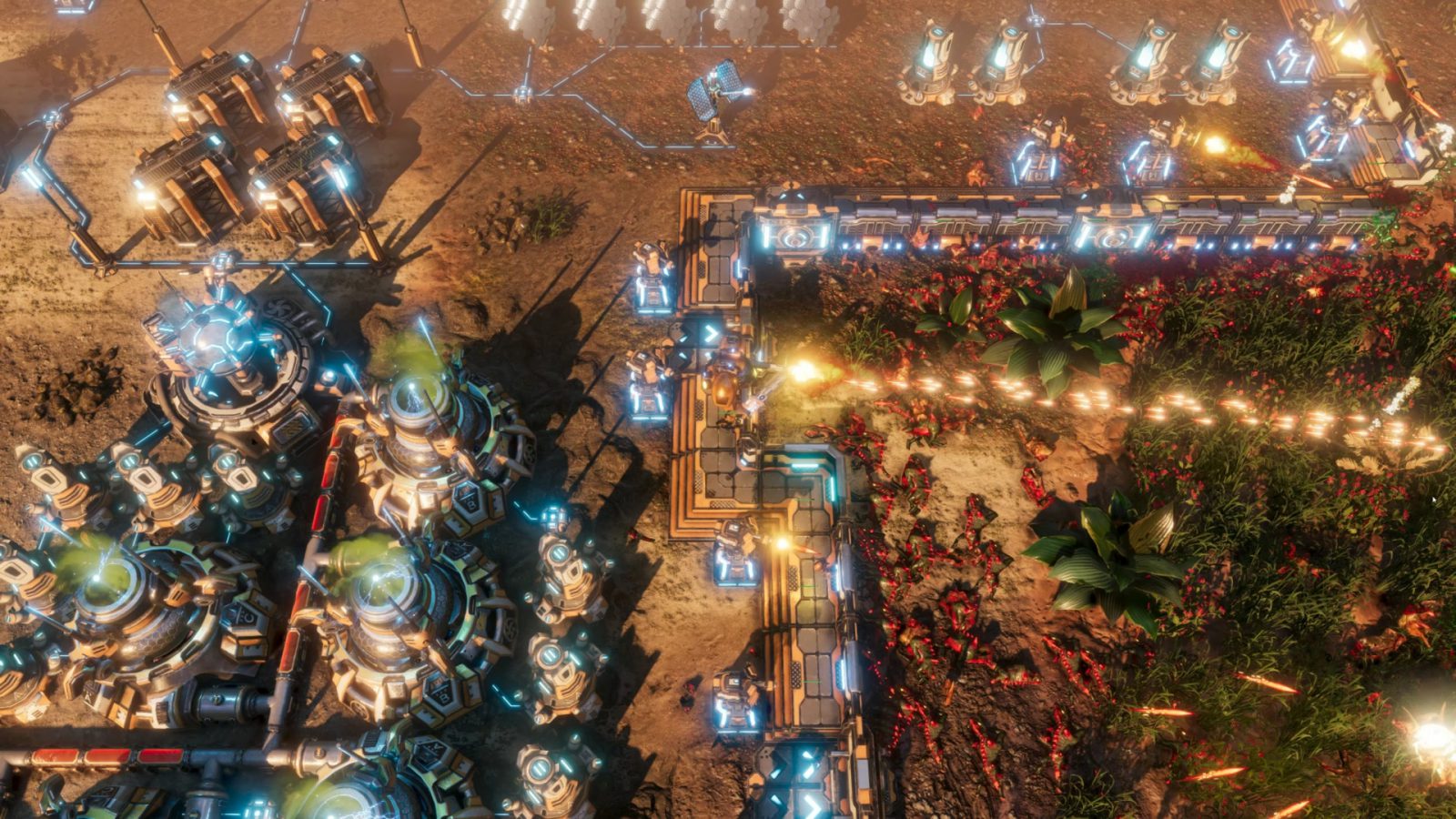 It’s difficult to create a good base-building title while mixing in other genres. Fortunately, The Riftbreaker manages to mix top-down hack-and-slash action with base building survival in seemingly perfect harmony. At E3 2019, I had a chance to play The Riftbreaker, a base building top down action hybrid where you have to both build up your base against hostile lifeforms while also taking the time to explore. 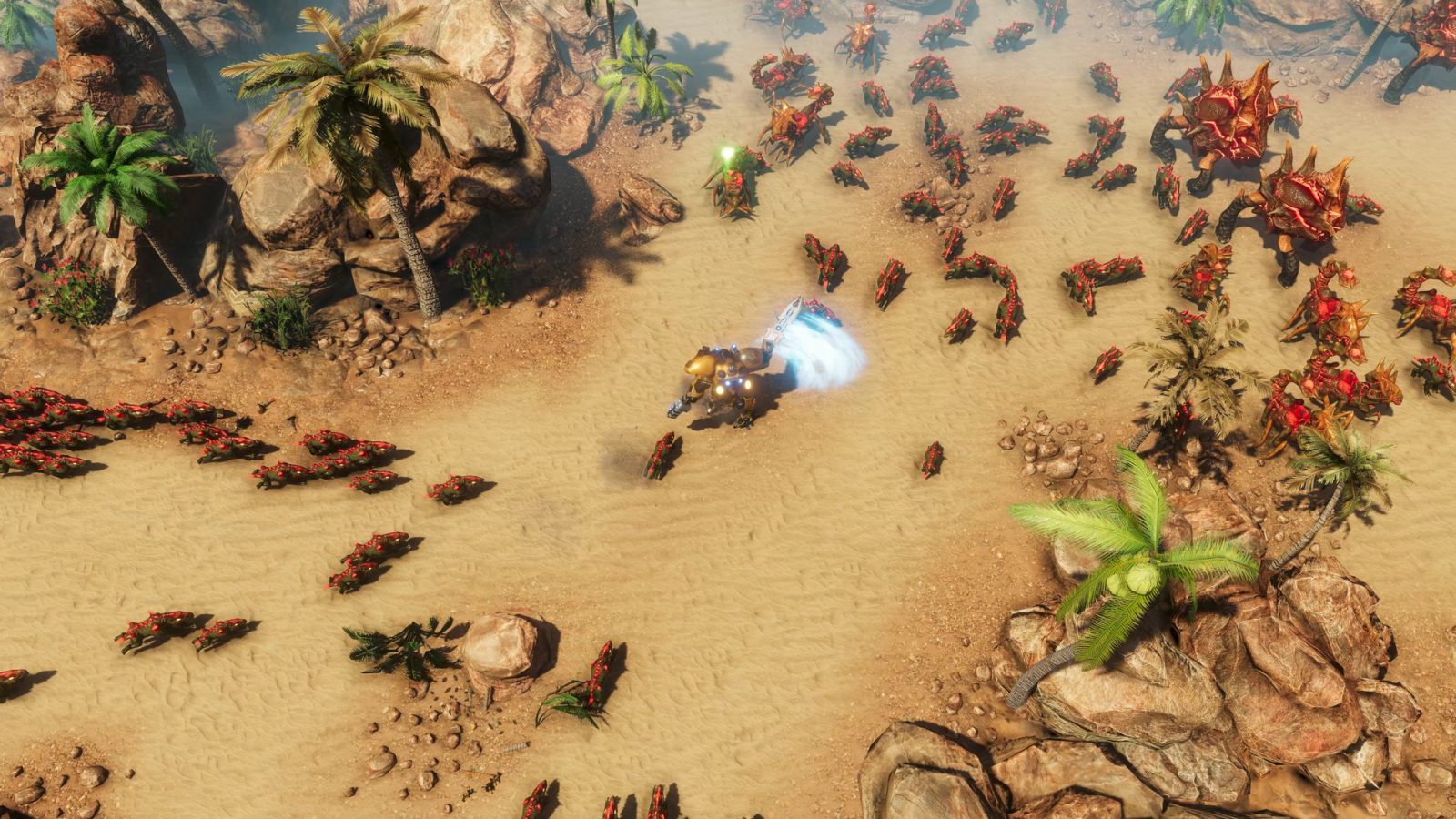 The demo started off immediately overwhelming and chaotic. Enemies began to invade from one side while I tried to figure out how to build turrets. Building requires placing a power source then attaching it to the turret.

These power sources required materials that are harvested gradually, as you can’t have a power source without power. You also have the ability to research new technologies that’ll help you protect your base. 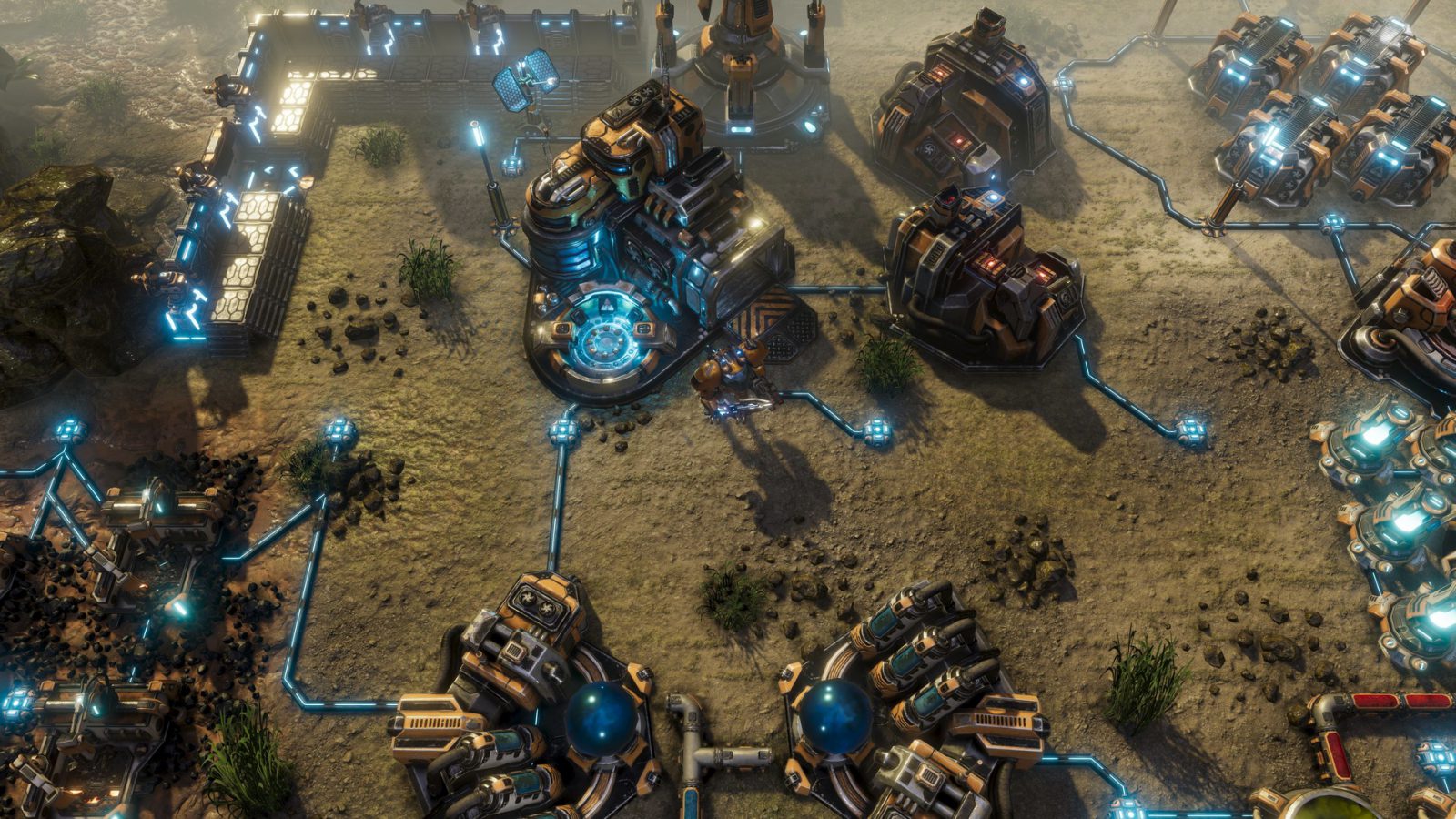 When I was attacking the aliens that were assaulting my base, I had to venture off in their direction and go after their nest. Destroying it caused them to retreat, but that didn’t mean I was safe yet. Creatures began to spawn in the north.

Fortunately I had a few weapons to choose from. My base was busy creating ammo for me, so I could blast away at the creatures with heavy shots or put the pressure on with lighter shots. It became a balancing act that was intuitive and soon the base building mechanics clicked as well. 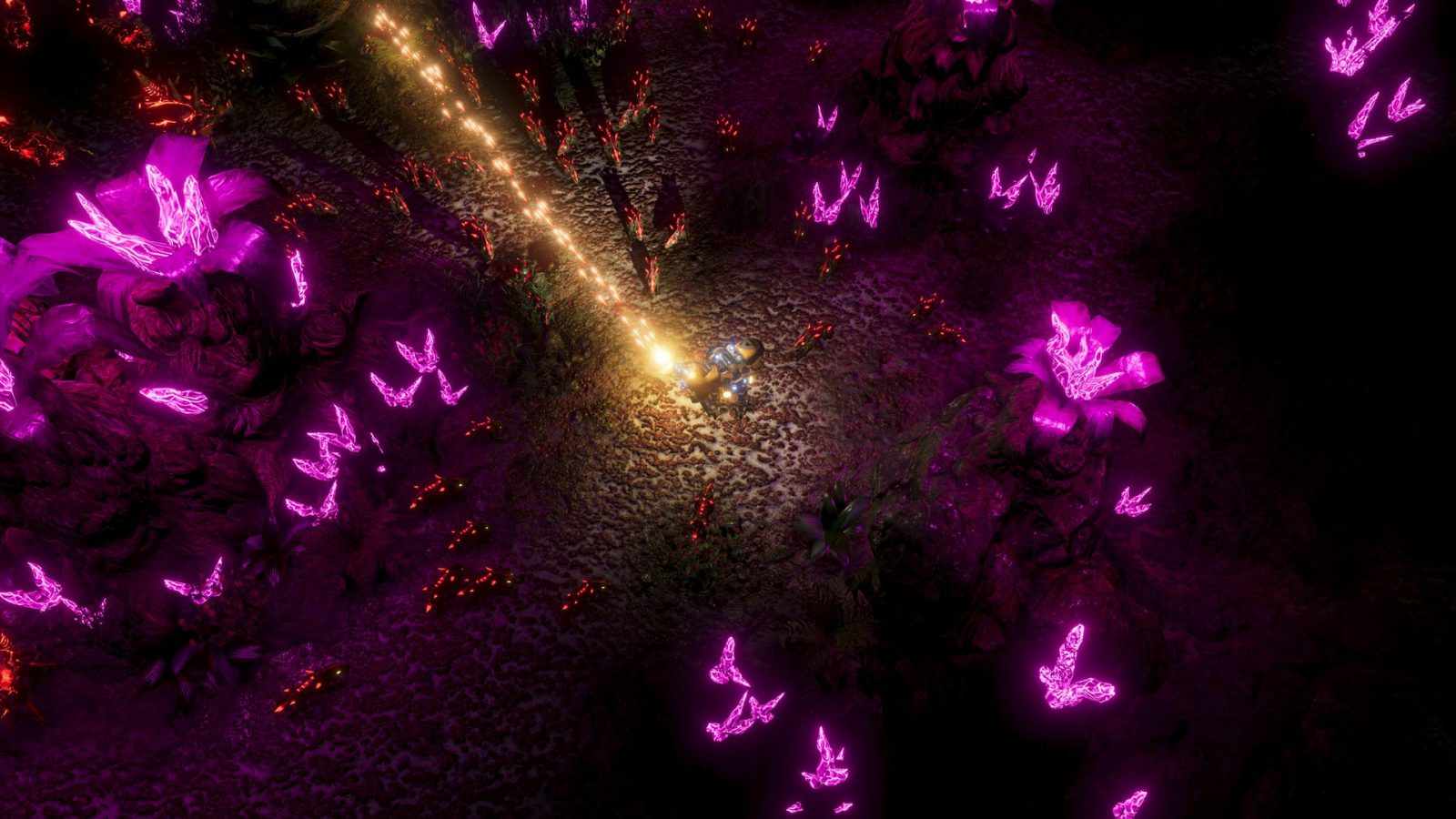 Finally, I built up the base for one final wave. I placed turrets to the South and waited for the impending attack. At first, everything seemed fine, but things quickly turned sour as my base was torn apart by these creatures in a battle I couldn’t possibly win. I was overwhelmed, but excited to try again to see how far I could make it.

The Riftbreaker will be released in 2020. Interested in more hands-on coverage out of E3? Check out our E3 2019 page.