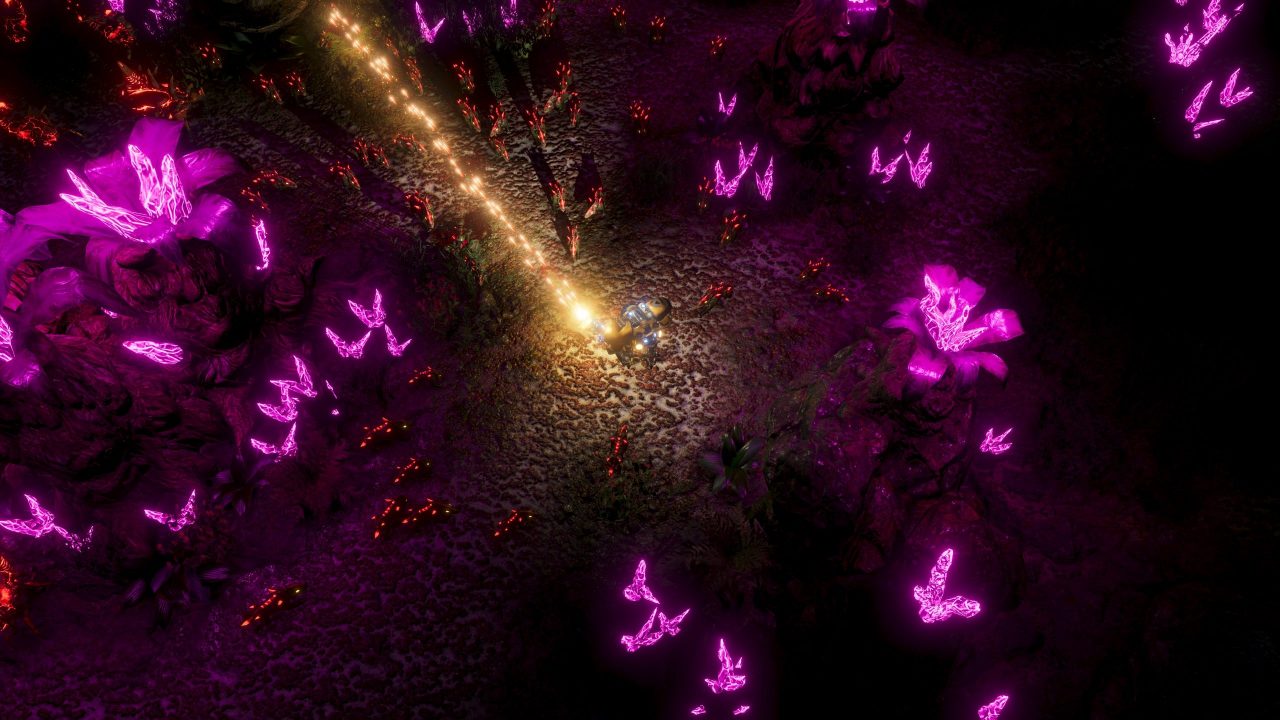 Swarmed on all sides by dozens and dozens of enemy aliens, I realized I was most certainly screwed. My run had come to an end, but what a fun run it was. Building a base, expanding, protecting, and exploring is an enjoyable loop even if it isn’t perfect. Still, for an early preview, I enjoyed my time with The Riftbreaker and see a lot of potential here. Smooth out some technical problems and expand the gameplay and there is a really good game here.

Right now, I was only able to play through two different game modes. One is more of a tutorial to teach me how to do everything and the next is a randomized scenario where I have to survive long enough to build a portal back to earth. This is entertaining enough, but it would be nice to see some more creative game modes. Maybe random enemy buffs and abilities to make battle more unpredictable would be one fun way to spice it up. Or expand on the exploration factor by having you survive waves of enemies while exploring the map for certain items. There is plenty of room to expand here. 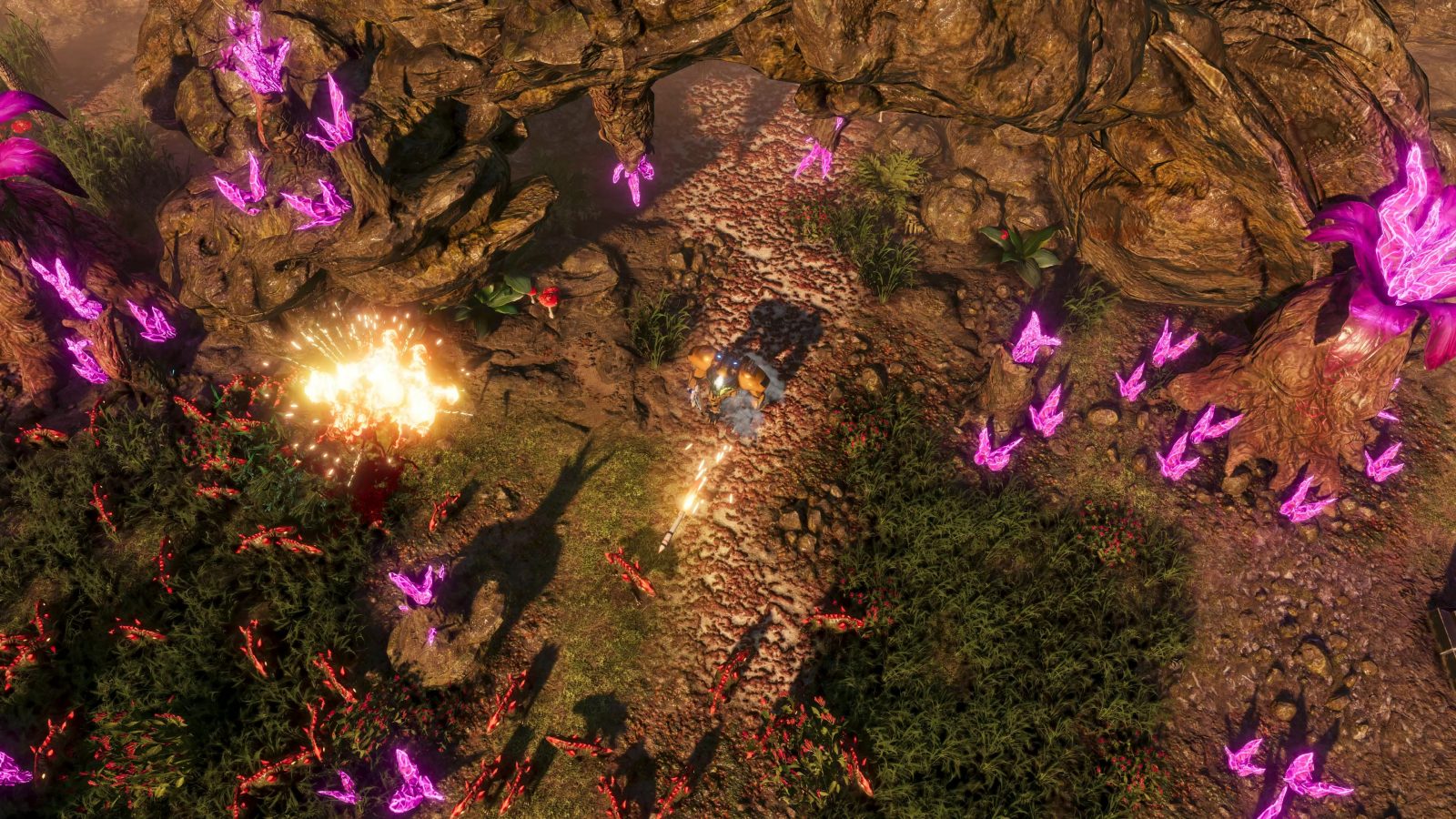 The combat is fun enough but a little one-note right now.

The Riftbreaker starts by placing you on an alien planet with the goal of surviving long enough to build a portal back to earth. You have to search for resources, build defenses, and slaughter hundreds of aliens. Your base is swarmed by alien hordes in set intervals and, as you might expect, these hordes get more and more difficult as time passes. I enjoy the horde mechanic quite a bit here. It forces me to question all my actions. Do I have enough time to go create another mine? Can I get by one more horde with my current set up? Which resources should I focus on in my limited time? It’s a very enjoyable rhythm if a bit simple right now.

Base building and Action RPG gameplay work well together. Rather than just sit around watching my defenses murder my enemies, I actually get to take part in the murdering of my enemies! While letting automatons murder for you may be more socially acceptable, it’s just not as satisfying. It helps that the combat is pretty fun as well, though I would like for it to have some more depth outside of just switching between a few weapons. The skeleton of a great combat system is there, there are already a few weapons that work best in different situations, it just needs some more meat on it. 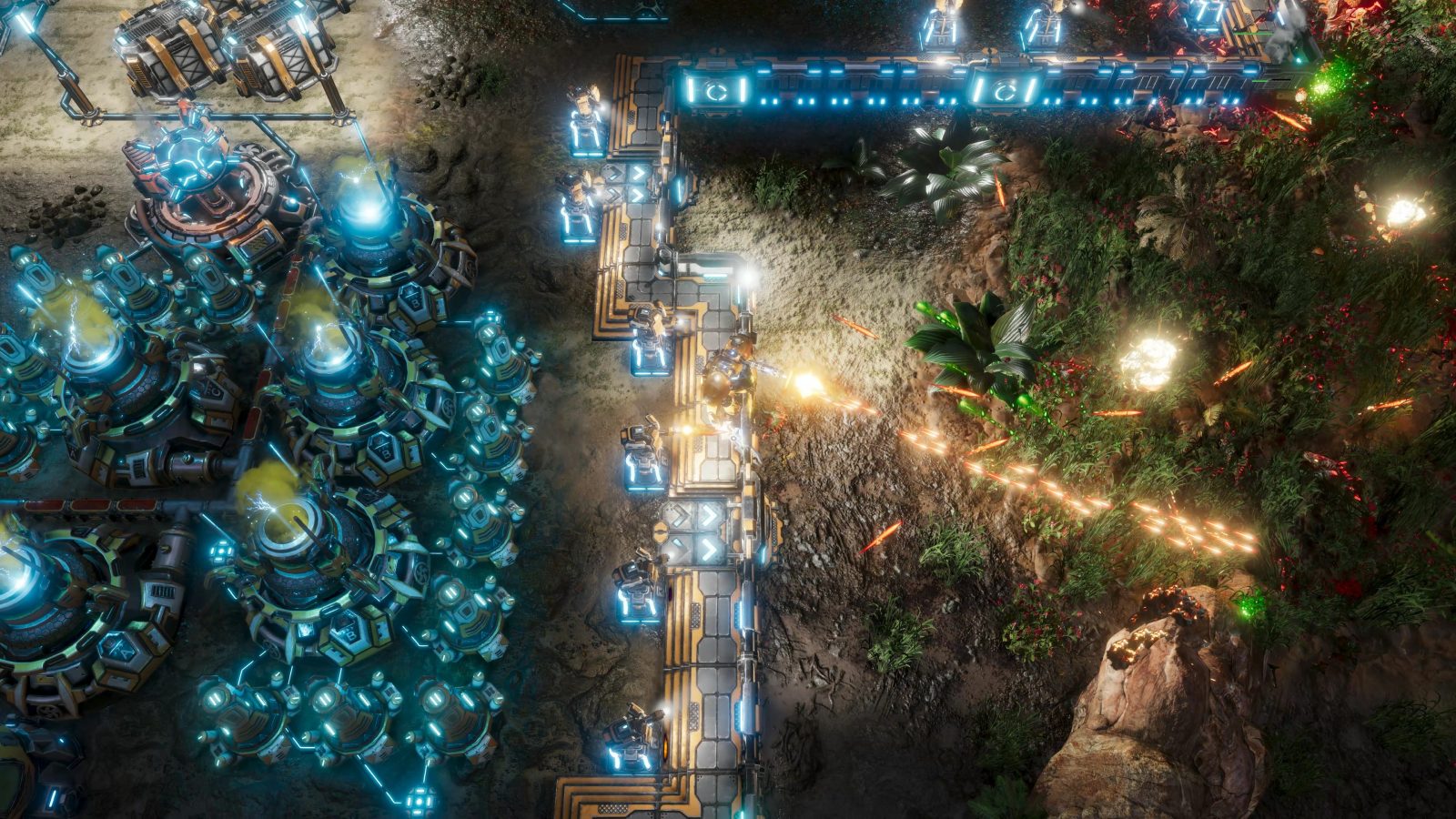 Coming up with base designs to get the most resources and defenses is fun and constantly evolving as the waves of enemies get more and more difficult.

The area that definitely needs the most improvement would have to be the exploration aspect. Right now, the only reason to explore is to find more resources or take out enemy nests. There just isn’t enough variety here to keep me totally engaged. Random encounters could be a great way to liven things up here. I just need a more enticing reason to explore or I could see it becoming tedious.

As a beta, technical problems are to be expected. Still, so far in The Riftbreaker I only really encountered some frame rate issues during some of the bigger hordes. Nothing game-breaking, but it was certainly noticeable. Still, issues like this are something I expect and will hopefully be taken care of before the full release.

With plans to launch in 2020, The Riftbreaker is on the right track. It needs to improve in some technical areas and could do with some more unique game modes, but I enjoyed my time with it so far. This is definitely a game I’ll keep my eye on for a full release.