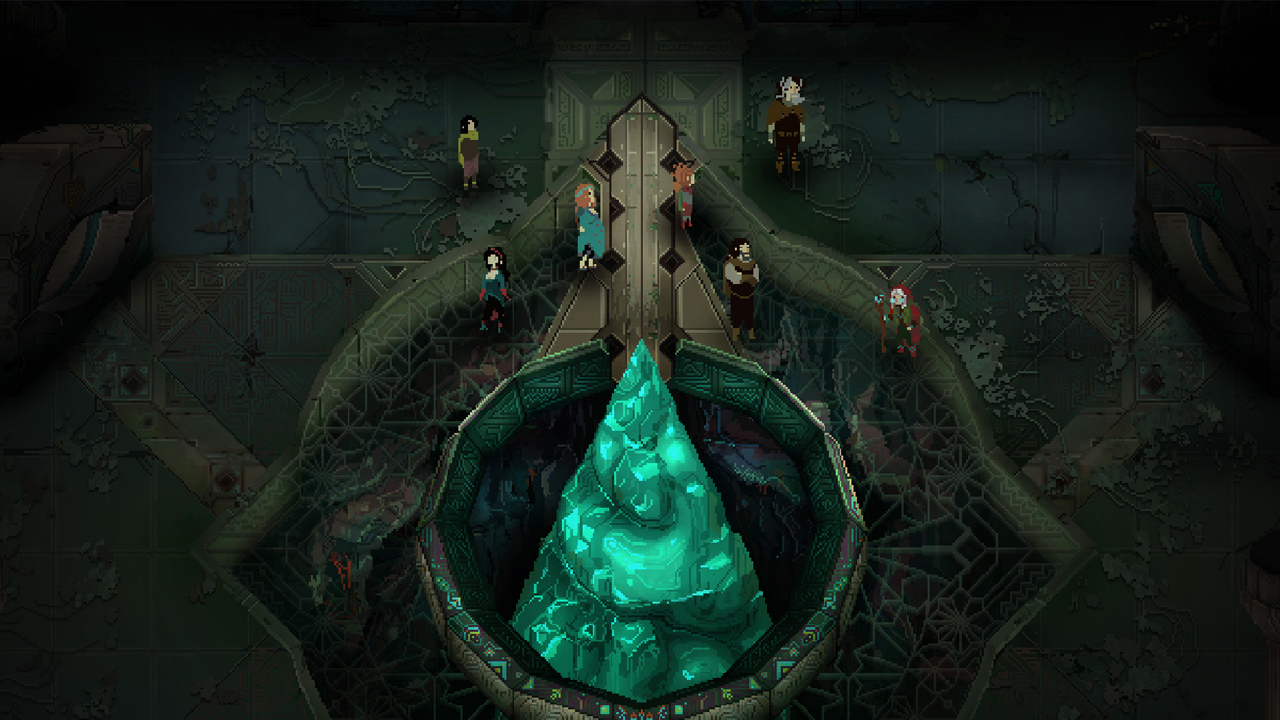 Rogue-like, gorgeous pixel-art, and the promise of a well-hewn storyline — the amount of times I’ve heard this promise only to see it broken measures beyond counting. Children of Morta is the latest to make this claim, but after putting it off a few times, I finally took the time to see for myself. I’m happy to say that Children of Morta is, thus far challenging, rewarding, and surprisingly full of emotional connection. While I’ve not gotten my hands on the full game quite yet, what I’ve thus far transformed this title from passing interest into something high on my most-anticipated list.

Children of Morta, on the surface, looks like a beautifully rendered pixel-art game, with action not unlike Diablo or Torchlight. Grandma Bergson gets the uneasy feeling that an ancient evil called “Corruption” has returned to the land, sending her son John to investigate. Joined by his daughter Linda they make their way through the forest coming across a disturbing scene where forest creatures are being slaughtered on the stump of a sacred tree that they’ve cut down. Vile creatures spawn forth, confirming Grandma’s worst suspicions — the Corruption has returned to Mount Morta.

Reconvening at the Bergson homestead, they learn more about the legend of the corruption and unlock a portal underneath the family hearth. John and Linda must dive deep into the dungeons below to uncover the source of this sinister force. Setting out on my own, I selected Linda and headed below. While I made it fairly far, I knew that ultimately my death was imminent. Using a crystal that Grandma Bergson provided us as we started our journey, I was teleported home. Unlike most rogue-like games, there is no permadeath in Children of Morta, and you keep the levels and currency you’ve collected, though any temporary power-ups are lost. Heading back upstairs, Linda briefed the family on what she had seen and Grandma sets our uncle to task improving our equipment.

In another welcome change to the rogue-like formula, all of the upgrades you’ll craft at home are not for individual characters, but instead for the whole family. This familial connection is the connective tissue that makes Children of Morta completely unique. While I only spent a few hours with the game, it also made me care about the individual stories of the Bergsons. Each member of the family has their own motivations, challenges, hopes, and fears.

What became apparent over the course of the extensive demo for Children of Morta is that this game is about love. The Bergsons genuinely care about the world they are trying to save, but care just as much about one another. While the demo is no longer available, you can watch Laura and I tackle it in its entirety as we tackle it in cooperative play. As you’ll see, the levels are procedurally generated, meaning the adventure is ever changing.

Children of Morta is headed to Nintendo Switch, Xbox One, PlayStation 4, and PC this summer. With a compelling story centered around the importance of family, I’m eager to see where Children of Morta takes us.