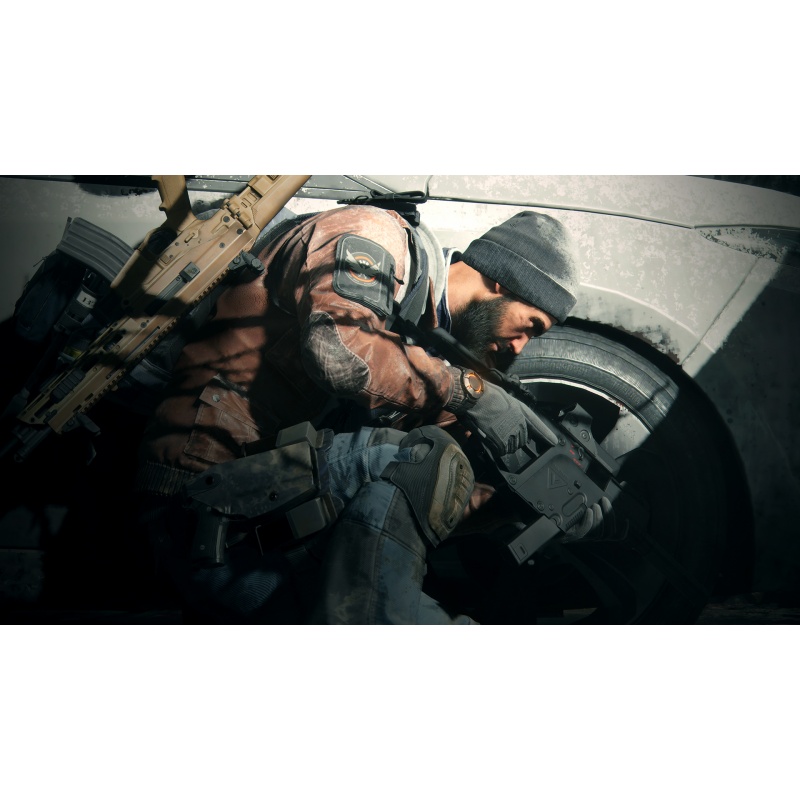 There have been multiple things revealed during E3 2015, but one of the most overlooked is the actual release date for The Division, March 8th. After years of speculation as to what The Division actually is, it was finally playable and confirmed to be releasing sometime before the Cubs win their next World Series. After many years of E3 trailers showing large, stealthy warfare, we can hammer down what exactly makes The Division tick. The final product is beginning to shape up, and questions are rising. It is time to put them to bed, for the time being at least.

The Division takes place in a world ravaged by pestilence that began on Black Friday. The money used during this particular Black Friday was laced with a disease that spread across the country and left it in shambles. Now the country has split up into gangs that head across their respective territories in hopes of finding loot. This was the main crux of the playable demo at E3. Due to the spread of disease, this aforementioned loot can be infected. In order to disinfect it, you must start an extraction that requires you to wait for two minutes.

Before hopping into this extraction, you acquire your loot by finding it in the environment or by taking out some non-player enemies. This is where the initial combat experience arises as you head into cover and begin picking off your enemies. The combat feels rather generic, as the sound design is very similar to the Ghost Recon Advance Warfighter games. Each character within the three-man gang had different load outs, with one focusing on being a healer, one that had a shotgun and was more of a bruiser, and another that seemed to be the basic attacking class. Unfortunately, the demo being shown did not give a good example of how many weapons we could expect in the final game.

Once you get past the weapons, your character also contains some individual perks. Of course, the healing class has a specific thrown object that will heal everyone within the item’s area. The character with a shotgun can throw out a turret that will fire at any threatening enemy within sight. These perks are some of the more interesting things to be found within The Division. If they can be unique enough and not repeat consistently, they could bring about some fun combat situations, despite the lack of punch from the firearms. One small detail that was helpful was the UI design for tossing a grenade. Instead of showing you a throwing arch, the game also shows a circular area of effect letting you know how far your shrapnel (or whatever future substance is in those damn grenades) will reach.

While the grenade indicators are very helpful, the rest of the UI could use some serious work. The Division features a futuristic look to their interface, one that brings back thoughts of Watch Dogs. As of right now, it is very hard to distinguish exactly what your eyes should be focusing on. The loot indicator is a dim light that arises from the items location, which ends up being very hard to see. While the futuristic look can be done well, it can also make things feel like a jumbled mess, which is exactly the case in The Division. There is still quite a bit of time to iron out The Division’s UI issues, and fingers crossed they do just that.

The actual objective of the mode being shown also felt very unclear. To be fair, that could be due to the UI confusion, but it was never clear if the player should be focused on gathering loot or taking out enemies. Even if the objective was to recover loot, fighting other player enemies was inevitable. One of the bullet points during The Division’s development is that you never know if the people you run up on will be a friend or foe. The Division conveys this via some in-game conversation when you run into enemies. Unfortunately, within five seconds of running into enemies, shots were fired. This brings about one of the biggest quarrels with The Division, if players will actually treat these situations intelligently or just go guns blazing at every opportunity. If you have ever played an online multiplayer game, you know that peace is not something that arises when guns are at hand. If people can take the concept seriously, this could evolve into a tense experience. But if player refuse to do that and treat the game like it is Gears of War, part of The Division’s appeal will be lost.

The Division’s visual style shows a decent amount of potential. There is a grungy feeling to every environment within sight, which fits perfectly with the atmosphere the game is presenting. While the environments still need detailing (and there is a lot of time to do so), the visuals could be one of the better things within the game. The personality of The Division, beginning with the intriguing Black Friday apocalypse, is something that should be a large focus of the final game as it presents one way to differentiate the title from every other class-based third-person shooter.

After quite a bit of waiting, The Division is finally shaping up to be a final product. Unfortunately, it feels like the game may be suffering a slight identity crisis as it is unclear whether the game is about exploration or combat. On top of that, the reliance on its community to treat combat encounters like they are standoffs could prove to be a huge detriment. Despite that, The Division still has a certain personality that will draw eyes toward it. At this point, it is all about figuring out how to illuminate the aura of The Division, while dimming the arising doubts.