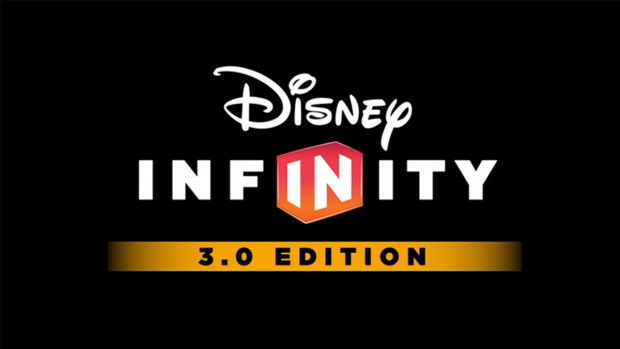 The excitement of the Disney Infinity series has always come from partnering up some of the most iconic characters to ever grace the big screen. Between Disney’s decade’s worth of films and Marvel’s huge slate of heroes, there’s a magical feeling to seeing some of the most lovable fictional characters ever created spring to life together. But if there’s one franchise under Disney’s umbrella that could possibly raise the bar even higher, it’s Star Wars. After spending some time with Disney Infinity 3.0, which introduces the characters of George Lucas’s epic space opera into the world of Infinity, I can confidently say that there’s reason to be excited. If you thought Disney Infinity was magical before, your universe is about to get a whole lot bigger.

The premise in Infinity 3.0 is not much different than its predecessors; gamers start with the core game, which comes bundled with the portal peripheral and a few themed figures that play into the game’s story. Additional figures are also available for purchase and can be imported into the game. In the case of the Star Wars-themed Disney Infinity 3.0, the starter pack playset (which is notably $64.99 — $10 cheaper than 2.0) comes bundled with Anakin Skywalker and Ahsoka Tano who can be used in the Twilight of the Republic adventure, a brand new story set during the Clone Wars in the prequel era of films. Additional playsets will also be available based on the original Star Wars trilogy, as well as this summer’s Pixar hit, Inside Out. There has also been confirmation of a Star Wars: The Force Awaken’s playset to be released, but with details about the film being scarce at the moment, little is known about this Episode VII expansion.

It’s worth noting that Disney Infinity’s latest figures continue to be just as well made as ever. Like before, each character strikes a dynamic pose that meshes with their personality. For a series that has no shortage of awesome collectibles, Infinity’s figures distinguish themselves from other Star Wars merchandise by having a signature appearance with a great amount of cartoonish detail. While the figures aren’t poseable, collectors can rest assured that they look just as good on your shelf as they do in-game. As someone who has been buying Star Wars toys for 20+ years but does not yet own any Disney Infinity figures, I personally look forward to adding some of these toys to my collection in the fall.

The demo that I played was part of the Rise Against the Empire playset, which closely follows the events of Episodes IV – VI. Playing as Luke Skywalker, my adventure began on planet Hoth with the task of taking down a massive AT-AT walker before it can reach the shield generator of the rebel base. Equipped with a lightsaber, the game’s combat is noticeably smooth. This is due to brand new sword fighting mechanics introduced by the experts at Ninja Theory – the developers of action games such as Heavenly Sword, Enslaved, and DmC. Slashing your sword and chaining combos felt natural, providing a deeper combat system while still remaining simple enough for the game’s younger target audience. These new sword mechanics also translate into non-Star Wars characters as well, so returning players will notice the likes of Jack Sparrow handling with greater finesse.

Heading straight towards the AT-AT on foot, I began to strike at the walker’s legs until the armor casing had been destroyed. Revealing several grabbable ledges, Luke quickly began to climb up to the torso of the walking tank, eventually reaching a platform holding a large battery. A few quick slashes of his lightsaber caused a detonation followed by a dive to the ground. The giant walker had been destroyed, collapsing forward and signifying victory for the Jedi-in-training. It was not the familiar method of using a snowspeeder’s tow cable to trip my enemies (although this can be done in Infinity 3.0), but works well with the overall ‘create-your-own-adventure’ theme of the game.

After reliving one of the film’s’ greatest moments, I decided to step into the Toy Box for some free play. Experimenting with the variety of characters available, my next playable character choice was Darth Vader. The Sith Lord played noticeably different than Luke – slower and bulkier, but with the ability to force choke enemies from a distance. Hoping for a quicker experience, Ahsoka was my next choice of character and once again felt different. Wielding two lightsabers, the Padawan learner was far more nimble than either character I had played so far.

This is perhaps where Disney Infinity shines the most. Each character has their own distinct play style that makes them feel better suited for different situations. Vader played more like a close-up powerhouse, but an agile fighter like Darth Maul is far better equipped to take down an AT-AT. In the case of some of the story playsets, mastering the special abilities of each character is key to progression. For example, in the Inside Out playset, players will need to master Sadness’ ability to walk on clouds or Anger’s immunity to lava in order to solve that puzzles. Each character is satisfyingly unique and finding the right ones for each obstacle is part of Infinity’s charm. For a series that encourages collecting a huge amount of classic characters, I respect that each character feels distinctly different and it actually made me want to test out each figure’s strengths and weaknesses.

The last stop during my demo took me to the Toy Box raceway. Playing as Boba Fett, I hopped into a race that against Wreck-it Ralph, Guardians of the Galaxy’s Groot, and Tron’s Flynn, among others, on a racetrack with the theme of Nightmare Before Christmas. While there is absolutely no logic behind the absurdity of these random characters mixing together, nonetheless racing, this is truly the magic behind Disney Infinity. It makes no sense whatsoever, but the toys-to-life theme allows players to mix and match whatever their imagination can think of. The story modes offer the main quests of the game but the Toy Box is where absurdity is not only encouraged, it’s the driving force of fun.

Much like the lightsaber combat, the driving mechanics in Infinity 3.0 have seen a significant improvement through the assistance of Sumo Digital, the studio behind the excellent Sonic & Sega All-Stars Racing. Once again a much smoother experience, gameplay included drifts, boosts and items to help players get first place. It’s definitely another Mario Kart clone, but at least the mechanics are sound and there are lovable characters involved.

Disney Infinity 3.0 seems to be hitting all the right notes. Building upon the imaginative nature of the previous games in the series, the mechanics have been refined, with gameplay that feels much smoother than before. There are a huge amount of characters, and while it may be ridiculous to see Spider-Man interact with Obi-Wan, there’s an enthralling amount of gameplay variety amongst characters. Disney Infinity 3.0 may feel like it makes no sense at times, but like a child playing with their toys, it doesn’t need to — it’s just plain fun.

Disney Infinity 3.0 launches this fall on PS3, PS4, PC, Wii U, Xbox 360 and Xbox One. For more on Disney Infinity, as well as the rest of our E3 coverage, be sure to check back to Gaming Trend.