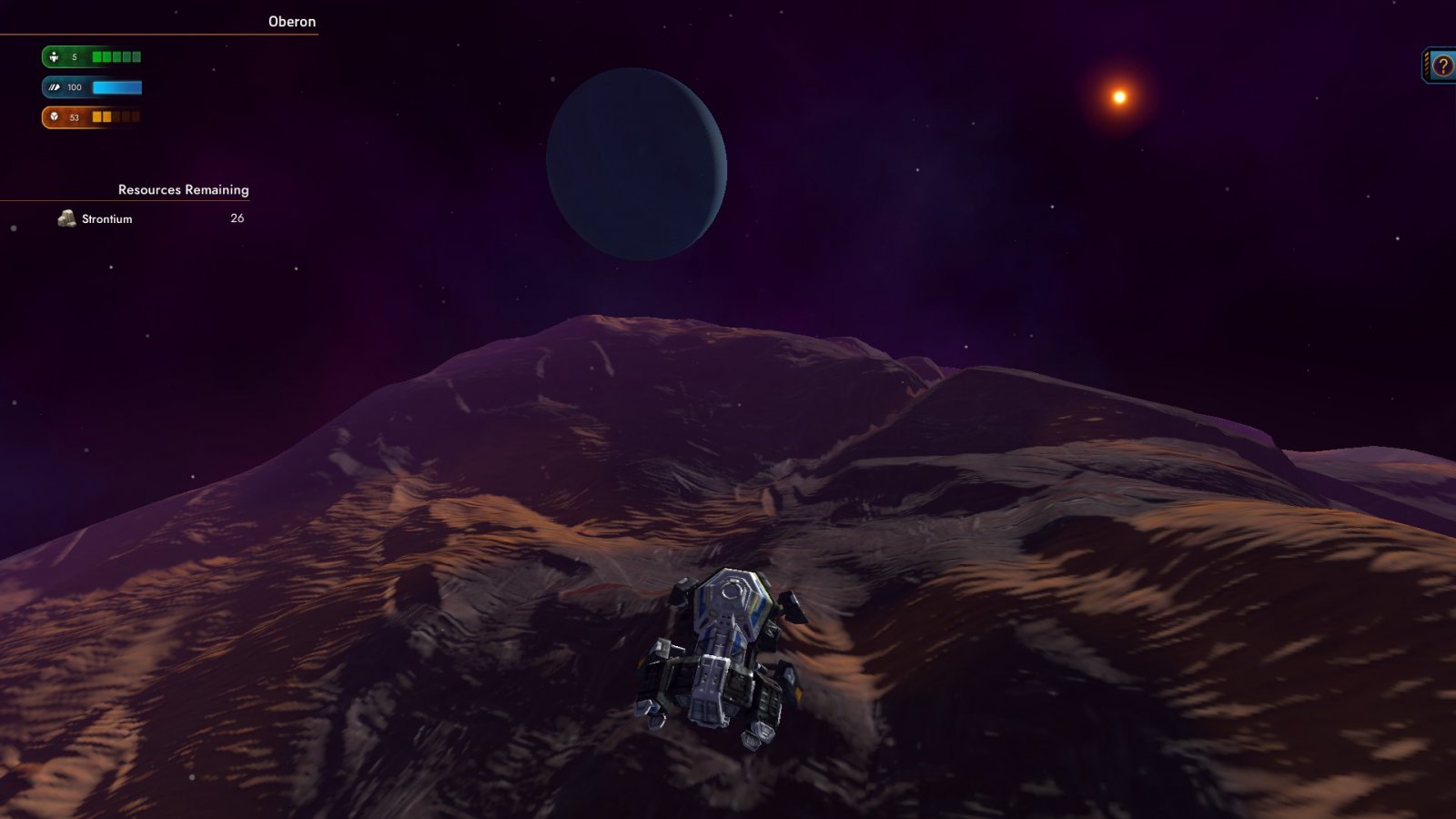 Space is a wonderful place. Among the trillions of stars beyond our reach, we could be missing out on contact with millions of life forms. After being in hypersleep for what felt like eons, Star Control has returned with a new face in Star Control: Origins. At E3 2018, I had the chance to check out the Fleet Battles, but I yearned to see more about the story. Recently, I had the chance to play through the first chapter of Star Control: Origins, and it’s as charming as space is vast.

Star Control: Origins starts as many exploration-based games do. I am tasked with naming my captain and ship. This is accompanied with a surprisingly smooth CGI cutscene setting up the plot of the story. Something has crashed on a nearby moon, and it’s up to Star Control to check it out.

Upon finding the wreckage of the ship, you meet your first alien race, the awkward-yet-loveable Tywom. They’re sluggish creatures (in both sense of the word) and Chief Viscosity Officer Wymdoo informs you that he’s lost several parts of his ship around the solar system. While a fetch-quest is a bold way to begin a game, it’s actually a cleverly veiled tutorial on how to explore, collect items, and at a few points, battle.

But, a few lost ship parts isn’t the only thing Wymdoo wants to tell you about. You’re soon alerted that they’ve been keeping away the Scryve, the oppressive species in the galaxy hell-bent on making every other species their subordinate. However, as the Tywom have a somewhat-creepy fondness for the human race, they’ve been steering the Scryve away from the Solar system, for now.

Initially, space exploration is slow. This is mostly symbolic of how your species is behind on technology compared to the interlopers in your system. Flying into planets or moons will give you the ability to land on the planet. This triggers a landing sequence where you have to keep inside the landing zone or face casualties on the surface. On the moons and planets themselves are plenty of resources to collect, which can be sold or used for ship modifications back at Star Control.

What makes these surfaces fun to explore is when there is an unidentified object lurking somewhere. These can be interesting, but currently useless signs, or one of the ship parts Wymdoo is looking for. Finally running into these pieces is exciting, as it means you’re one step closer to earning your promised hyperdrive and exploring beyond the solar system.

It’s not a walk through the interstellar park, of course. Upon finding a few of the pieces, a Scryve scout locates you. This triggers one of the fleet battles which is essentially a one on one battle with a control scheme similar to asteroids. From what I gathered, there didn’t seem to be a way to solve these fights with diplomacy (like the Scryve deserve that). These battles can be brief, but fun, and there’s even an option to play fleet battles in its own separate mode.

One thing I do need to discuss is the phenomenal writing in Star Control: Origins. Every interaction with the Tywom is amusing, but still informative. They’re big awkward guys that only want to be your friend. I couldn’t help but grin whenever I had the chance to speak with one. Even the small interactions with the crew members upon discovering a new relic gave me a small chuckle.

But despite its light-hearted approach to several situations, Star Control: Origins knows how to strike a proper balance. While the interactions with Wymdoo were amusing, learning about the existence of the Scryve and the fact that they would prefer if we didn’t exist created a shocking contrast. The Scryve sound terrifying, but there is something exciting about finally being able to make a statement to an oppressive race that has failed to detect us for all these years.

One of the final clashes of the first chapter has you come face-to-face with a member of the Scryve, who is very unhappy that you destroyed one of their scouts. This defining moment makes you feel almost helpless, yet defiant, as there is no other way to stand against them than to fight. The fight itself is simple, but it’s chapter 1, I can’t expect a big showdown when I’m just starting to get my feet wet in fleet battles.

The destruction of the Scryve ship means that they are now aware of the human race’s existence in the universe, and that they can pose a threat. But there is also a new threat against the Tywom, as the Scryve have turned on them for hiding the Earthlings from their radar. The stakes have been raised, and through superior voice acting and a promising script, I’m more than motivated to help our new friends, especially after they gave us our new hyperdrive. Space has finally opened up to explore, but most importantly, I have a bone to pick with the Scyrve.

Star Control: Origins has plenty of promise ahead of it. If the writing and voice acting are this high quality early on, I’m looking forward to seeing what is store for us beyond the stars when it is released on September 20th, 2018.