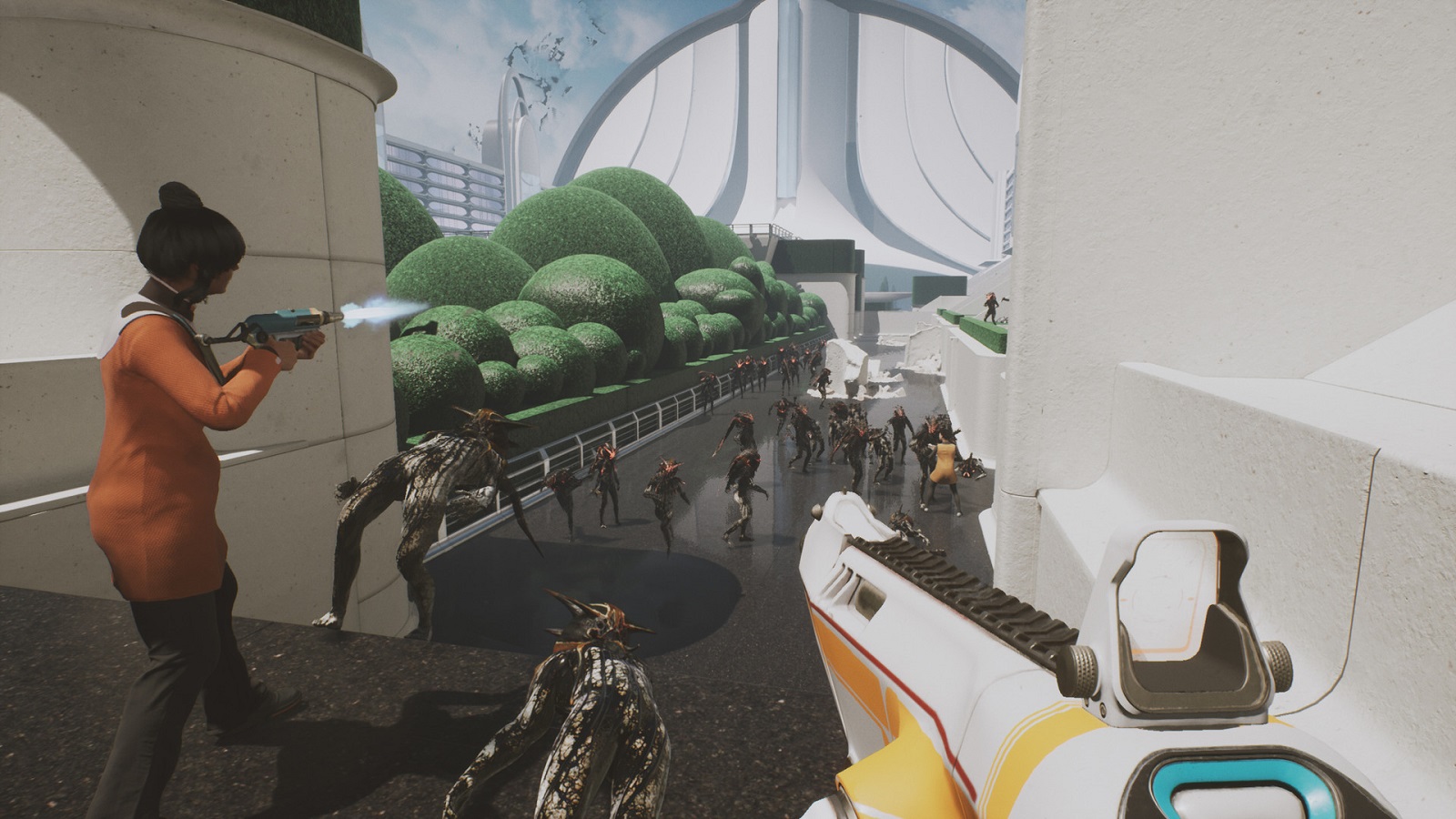 Stray Bombay’s first game targets the zombie horde-shaped hole in our hearts that recent releases have failed to fill. Entering early access, The Anacrusis is a 4-player co-op shooter with an eye for aesthetics and a focus on simplicity. It checks off every item on the list of co-op shooter must-haves with few new entries of its own. In fact, what’s most compelling about The Anacrusis is how it feeds a fun, frenetic social experience with as few ingredients as possible. The result is a minimal co-op joyride with more staying power than meets the eye, but likely only enough to extend your trip by a session or two.

At the time of writing, three of the five planned episodes are available for play — each one broken up into a number of levels bookended by safe zones. Episodes are meaty and pose a tough challenge courtesy of the game’s dynamic difficulty engine. A cast of four characters with uniquely charming personalities light up the many rooms of the alien-infested starship. It’s barebones Left 4 Dead with a retro-futuristic twist; four players, four guns, a fistful of grenades, three special weapons, and the power of jolly cooperation are all you have to solve an alien mystery and escape with your lives. 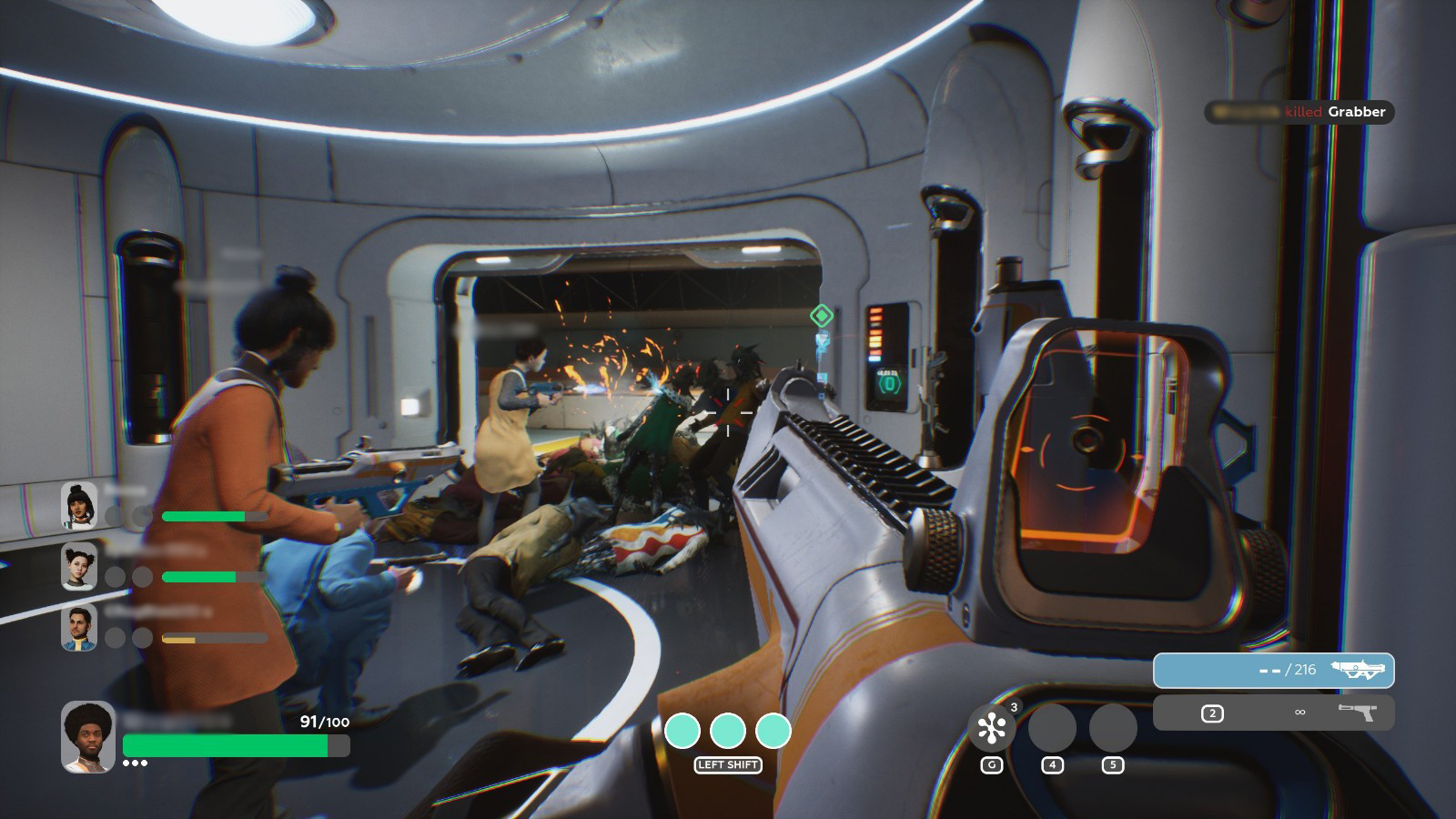 Shooting our way to safety.

A game like The Anacrusis lives and dies by its moment-to-moment gameplay and emphasis on team-centric decision-making. Despite an underwhelming arsenal, mowing down hordes of enemies will never fail to put a smile on my face. The absurd amount of action on screen does lead to a significant drop in framerate, what with all the bodies on screen, but who needs accuracy when everything is a target? The blaster, plasma rifle, and SMB are all viable all the time; these personal decisions come down to preference over situational needs. Everything looks good, feels good, and sounds good — minus the peashooter of a starting pistol — which is a blessing because it’s slim pickings on the starship.

Instead of encouraging debates over who gets the blue rifle and who gets the black, The Anacrusis keeps the pool of options small but meaningful. Ammo and health kits are the lifeblood of the team and their scarcity guarantee more than a few friendly squabbles to determine who gets what. Matter compilers hidden throughout levels offer choices between three randomized perks that persist throughout the episode — a bit of rogue-like flavor that encourages teams to workshop new strategies. Snagging a perk that speeds up healing might put you in charge of the health kits, for example. This is what The Anacrusis does best: using its systems to generate a never-ending supply of tricky choices for players to solve as a team. 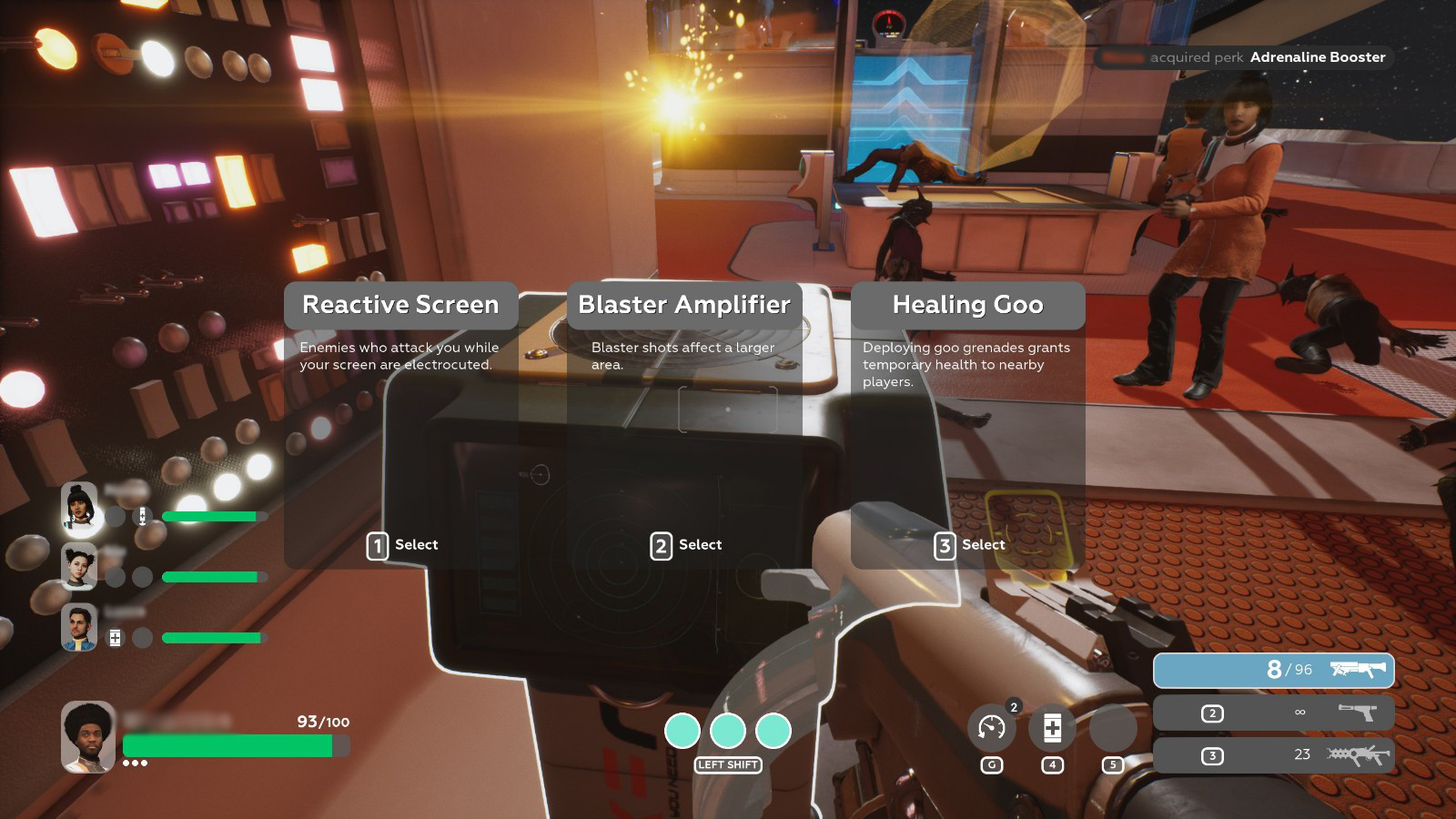 Unfortunately, The Anacrusis plays all its cards within the first few hours. The magic from that initial session dissipates rather quickly, replaced with mundane levels and lackluster progression. At the heart of each episode is the dynamic difficulty engine puppeteering the alien hordes. Brief periods of calm are interrupted by waves of aliens led by handfuls of special enemy types. Between your Grabbers, Goopers, Flashers, and a few others, The Anacrusis has all the special enemy essentials. Different combinations of threats pose slightly different challenges, but it becomes impossibly hard to differentiate one level from the next. After you’ve run its gauntlet once, you’ve experienced it all. It’s also immediately apparent that the AI isn’t a big fan of graduality. It’s common to come out of a rough encounter only to stare down another alien assault because a new player joined the lobby. A human player with two health points definitely doesn’t warrant an army of fresh enemies right off the bat.

Each level is impressive on the aesthetics front, but their layouts do little to inspire new tactics or stave off that mundanity. The environmental storytelling is especially weak; the areas say nothing to complement the overarching narrative, which itself is nebulous and underwhelming. The prospect of matter compilers and resources lure you away from the beaten path and into empty, monochrome rooms. There’s nothing to breathe any life into this spiritless starship. The cadence of each level — going from corridors, to wave defense-style encounters, back to small spaces — doesn’t do much to cure monotony either. 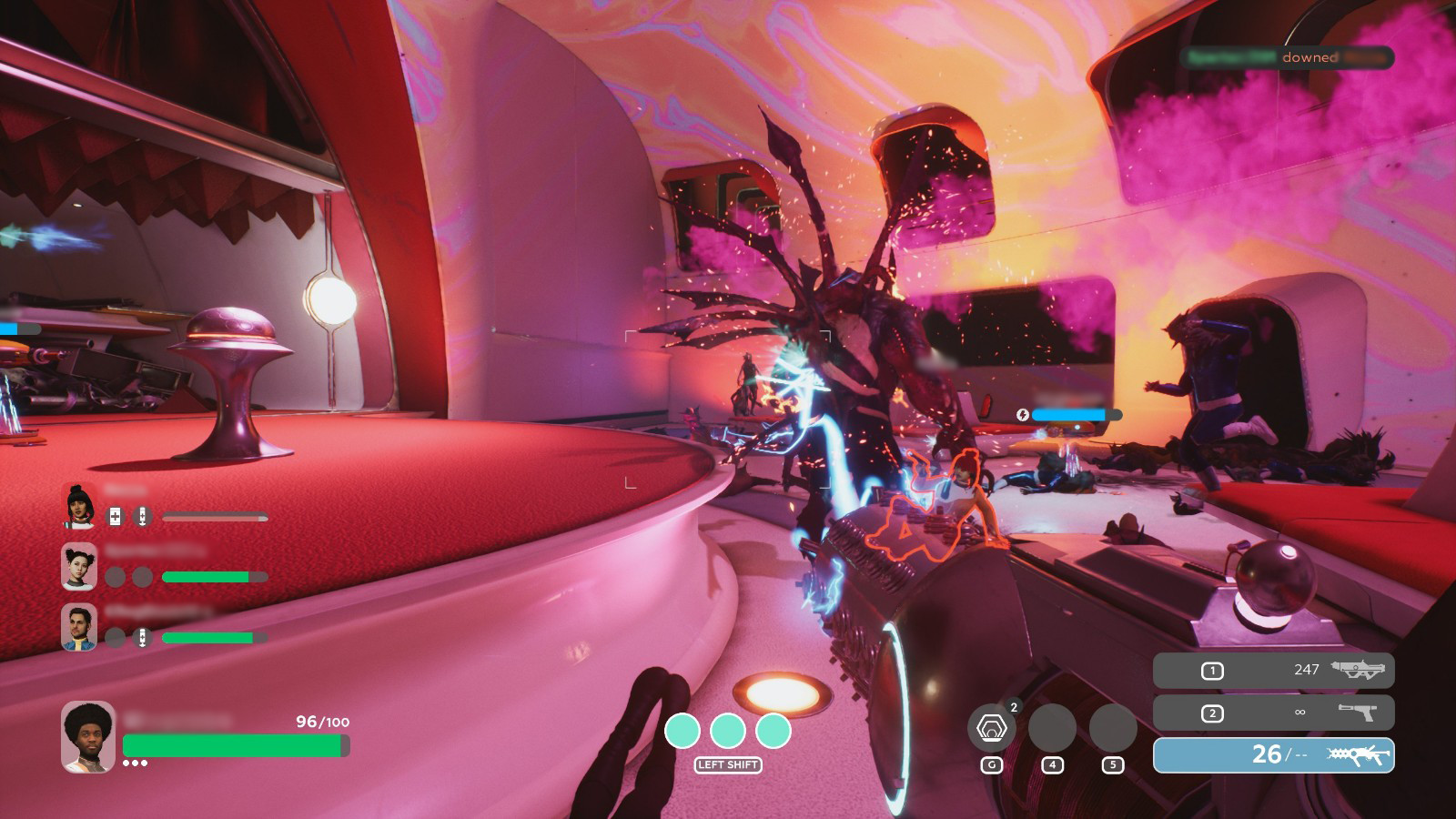 The game has style in spades but substance seems to be in short supply. It has a distinct identity, both visually and in the experience it’s looking to provide, though it’s lacking the content and variety to keep that experience fresh. Less is more in The Anacrusis, but what’s there is just not enough. New episodes and updates are already planned so it’s best to wait until there’s enough meat on the bone to support more than a few sessions with friends.