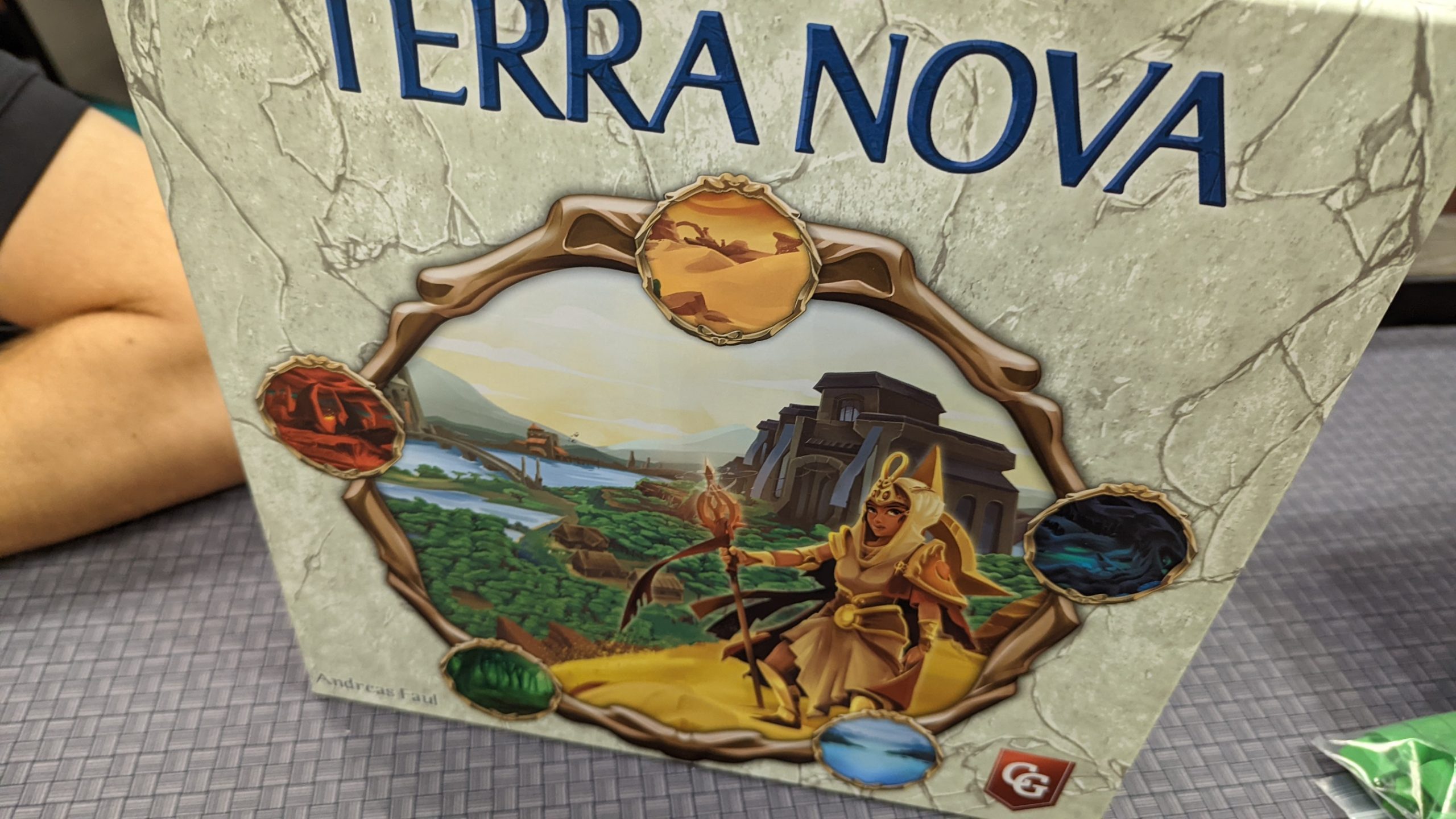 Terra Mystica is inarguably a monolith of a board game. Personally, it was the first heavyweight euro I encountered without the same appeal as an agricultural history textbook. However, it’s also inarguable that game design has progressed by leaps and bounds since its debut a decade ago. Developers have realized that introducing somebody to a game where their first session will be 2 hours of them having their ass handed to them is a bit too much of an ask, and having something as important as the cult tracks with as little positive feedback as they have is a relic of its era. 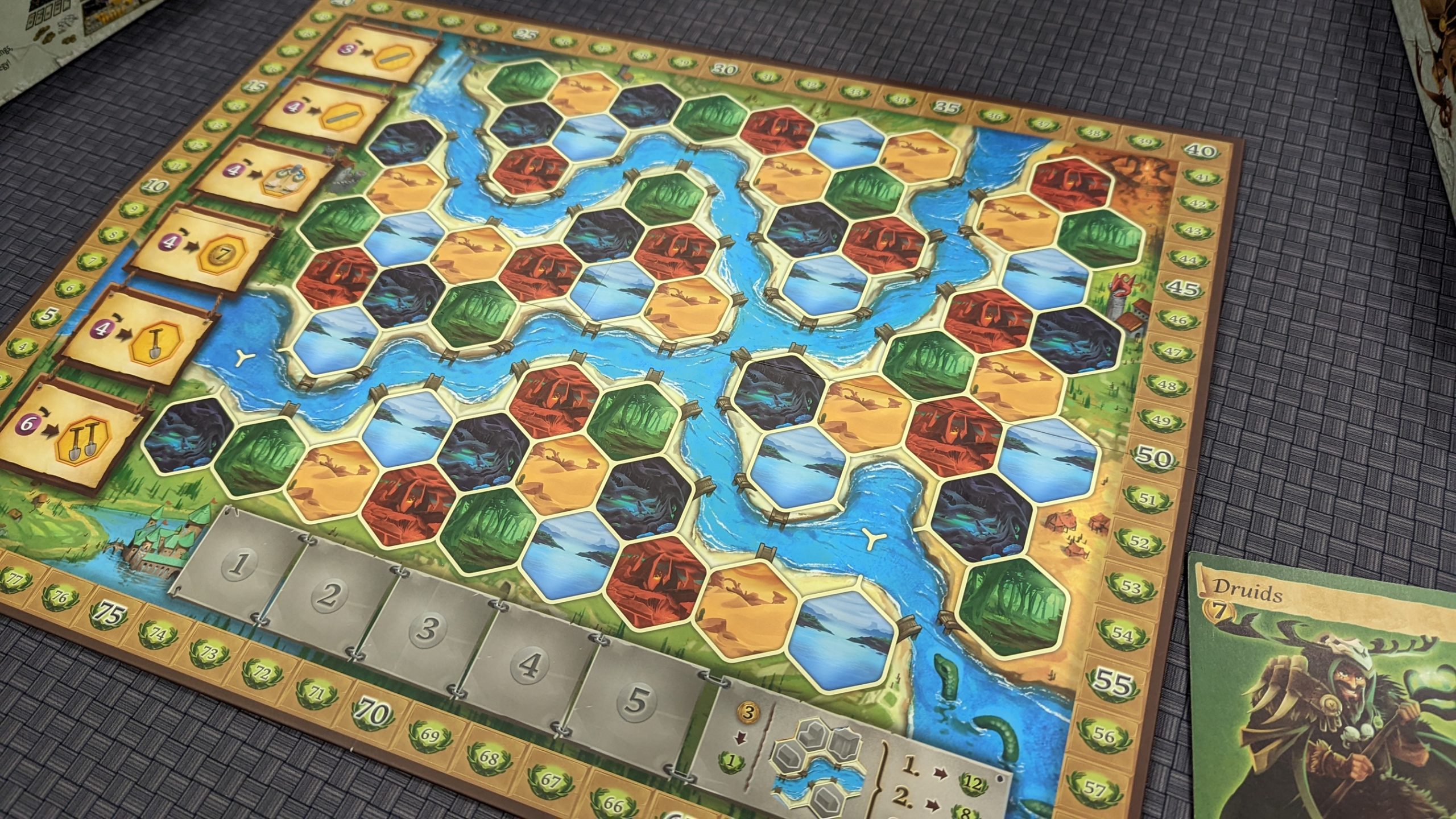 Terra Nova is publisher Capstone Games’ attempt to streamline the game of fantastical area control and make it appealing to people who aren’t aroused by Excel spreadsheets.Those of you who are familiar with Terra Mystica have probably already noticed the most obvious change here; the number of terrain types has been culled from 7 to 5, and factions from 14 to 10 along with them. Veterans will also recognize that the map has shrunk a bit to speed the game along.

Capstone must have racked up a large Flavor-Aid bill, because the cults and their respective tracks have been eliminated this time around.The factions have been retooled for Terra Nova, and part of that was a conscious effort to ensure that every pair had a more welcoming, beginner-friendly option provided. 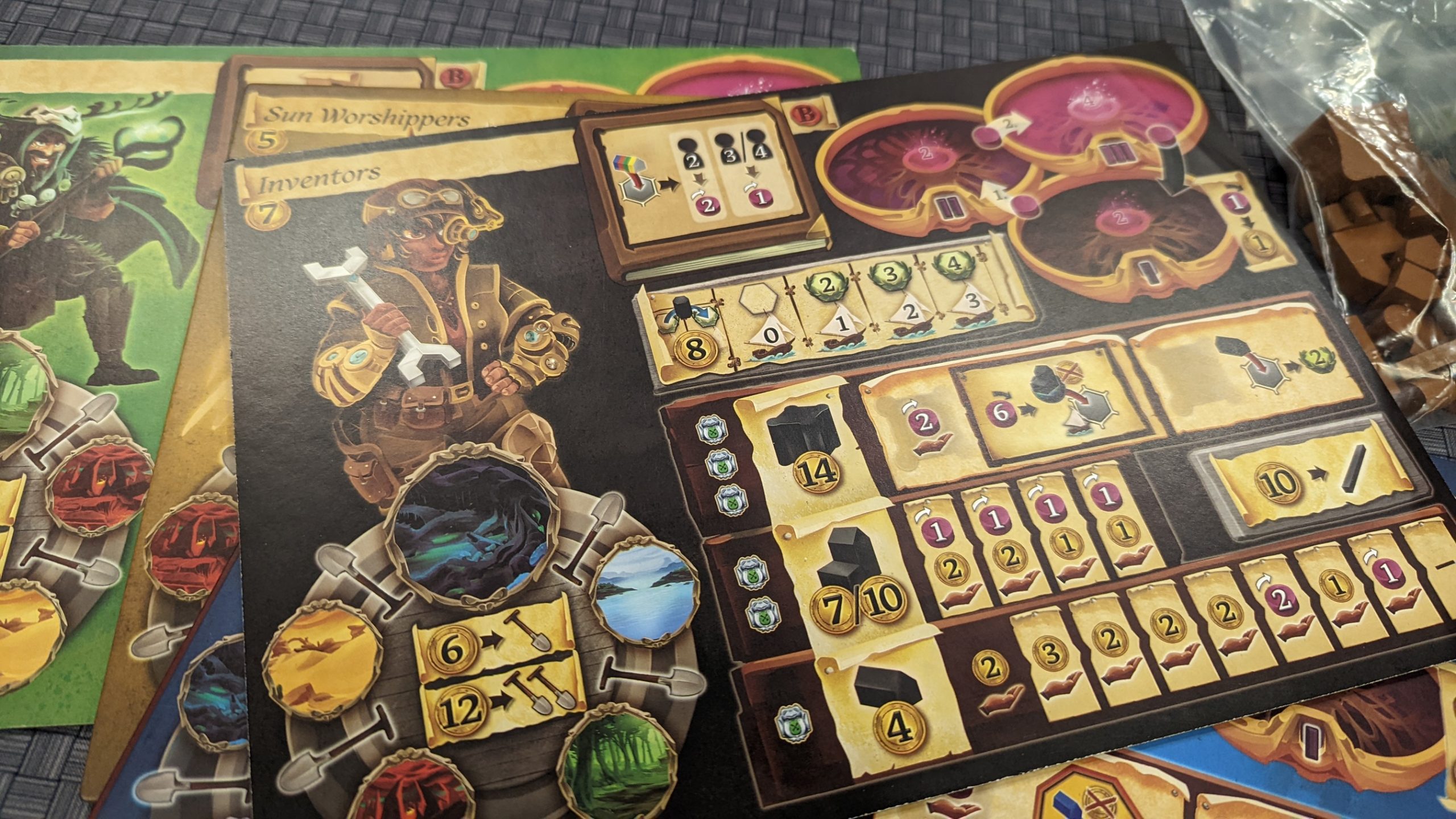 Behemoth it is, I know better than to try to get my family to play Terra Mystica, but with the changes Capstone is making for Terra Nova, I may just be foolhardy enough to put this in front of them.