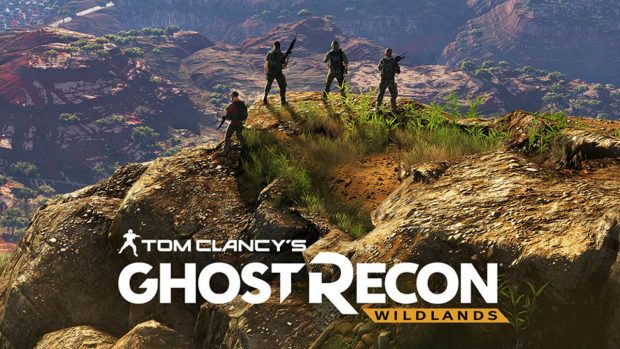 Ghost Recon: Wildlands feels like a liberating evolution of the Tom Clancy series’ mission-based structure. It retains familiar themes of the series – preparation, teamwork, and stealth – while opening the possibilities even further with its open world adventure through San Mateo. After getting some hands-on time with the co-op E3 demo, I walked away incredibly excited for the potential held by Wildlands’ new approach to stealth action.

The four-player demo began by splitting the team up into two squads and dropping them into the plains of San Mateo. Looking around, you can get an immediate understanding of just how alive Wildlands feels to previous Ghost Recon games. Animals roaming freely, civilians going about their day-to-day lives, and vehicles occupying the roadways help Wildlands achieve a more believable presentation for its cartel-controlled culture.

As our two squads position ourselves on opposite sides of an enemy compound, it is apparent that Wildlands is still very much a Ghost Recon game at heart. Crouching is absolutely necessary to keep the element of surprise as we sneak forward, and scoping out the area using each individual player’s drone provides a level of preparation and precision that feels just like the stealth action seen in previous Ghost Recon games. The lifeblood of Ghost Recon definitely runs through Wildlands’ veins despite its encouragement for a more open-ended experience.

After mapping out the civilian-occupied territory we were spying on, our mission became clear. Our squad had marked an enemy cartel member who we needed to interrogate for information, and doing so would require picking enemy targets and moving as a unit. Our whole team picked an enemy, counted down and began our assault.

Combat feels as smooth as ever, as coordinating with your squad and lining up a precise shot while hidden from a distance is a hugely satisfying, yet user-friendly, experience. Mid-range rifles and long-range snipers each have their distinct feel, but both are deadly when used in their own element. Our squad efficiently picked off our enemies and began to chase our target on-foot. This did not last long, however, as he quickly entered a truck and took off down the road.

As our squad needed to take chase, each member hopped into their own vehicle. I chose a sleek motorcycle and headed down the road, darting after the target with greater maneuverability. While this driving section only led to a short chase before the target fled inside a gas station, the vehicle controls felt smooth and fluid, and brought a new layer of fast-paced action to Ghost Recon’s usually-contained encounters.

Hiding behind a small army of cartel members, our squad ditched our previously careful flanking maneuvers in favor of an all-out direct assault. Quickly throwing a hand grenade towards the nearby gas tanks, a huge explosion wiped out most of the enemy forces, providing a window of opportunity to make our way to the target and interrogate him.

After getting the information we needed out of him, we were pointed in the direction of another enemy stronghold a few miles away. All four of our squad members jumped into a nearby helicopter and headed into the skies of San Mateo.

It was here that I really got to see the behemoth that is Ghost Recon Wildlands’ expansive and varied map. Wildlands’ map spreads for miles and miles, with a huge lake, forested plains and large mountains all within view. While the demo didn’t take us directly to any of these areas, the sheer size of Wildlands has me excited to explore what Ubisoft has claimed is their largest open world environment ever created. Huge and beautiful, there’s a lot of potential for some great moments in San Mateo.

After arriving in the skies above the next walled-off enemy compound, it was time to touch down to the ground, but a safe landing wasn’t in the cards. Our team leader told us to dive out of the chopper and led to us freefalling face-first towards the ground before opening our parachute last minute. Abandoning the helicopter led it to comically crash into the land below, but luckily the enemy was still unaware of our presence, giving us the opportunity to prepare for another strike.

Once again splitting up, a squadmate and I scaled the walls into the enemy base while the rest of our team took to higher ground and prepared their sniper rifles. What began as a stealth strike quickly went to hell as my teammate and I were spotted and reinforcements were called in. As waves of enemy trucks pushed forward into the base, our hidden teammates continued to provide support, taking out mounted turrets and stray forces from afar.

Our demo concluded as we acquired the intel we were after and fled the base and back into the hills. While the demo was just a brief glimpse into the potential of Wildlands’ new approach to team-based stealth action, I’m left excited to explore the miles and miles of San Mateo with friends. Ghost Recon Wildlands is definitely a title to keep on your radar.

Ghost Recon Wildlands releases on PC, PlayStation 4 and Xbox One on March 7th, 2016. For more on Ghost Recon, as well as all of our E3 coverage, check back to Gaming Trend.