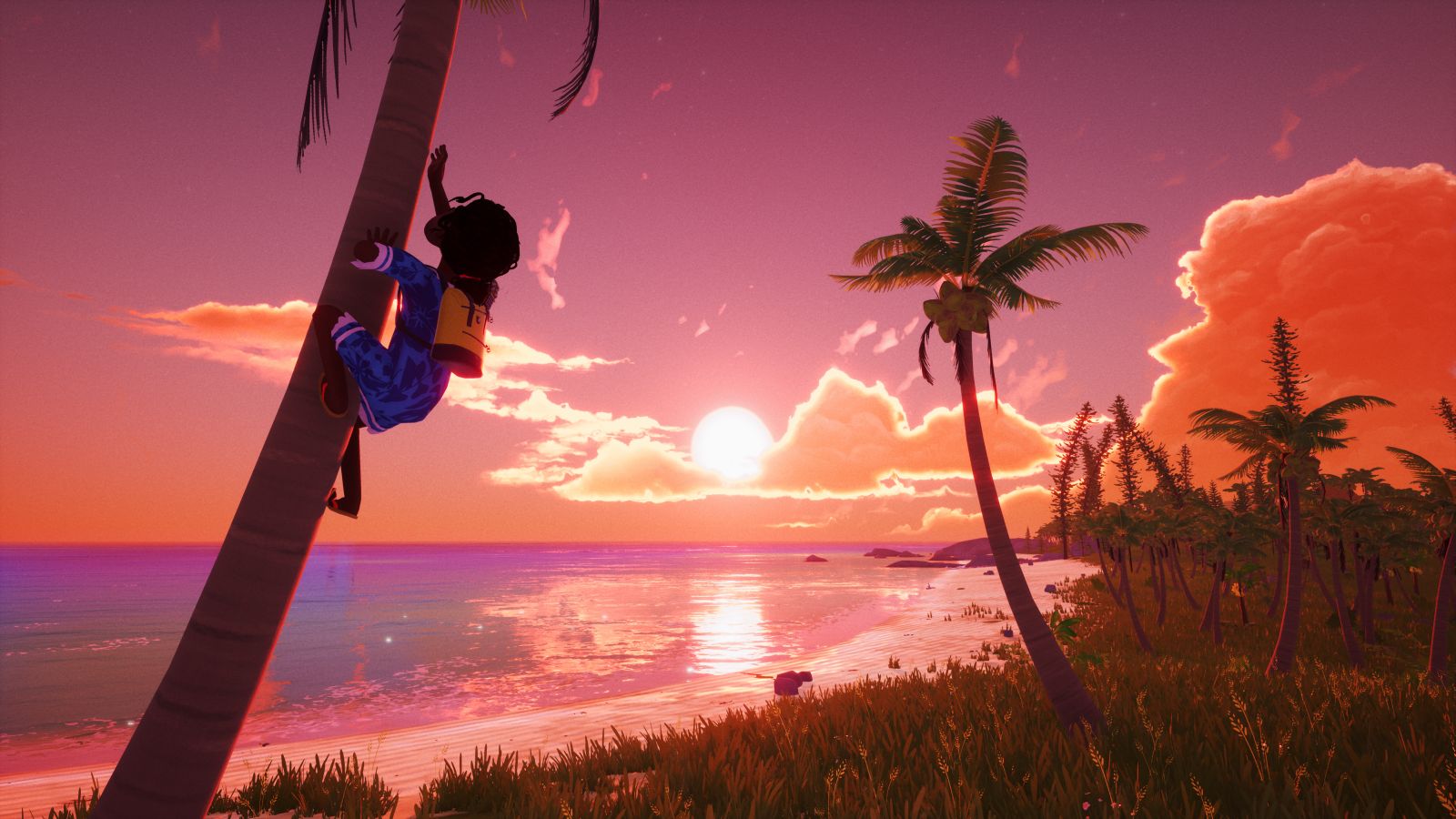 We all look at trailers for cutesy games and think they look nice, but we don’t always jump at the opportunity to play them. Tchia (pronounced “ch-EE-ya”) was on my radar, but I think I probably fell into my above trap – it’s on my list, but far enough down that I may eventually forget about it. A little girl running around an island with the ability to possess animals? And there’s some combat to go along with the exploration? I wasn’t sold on the concept, but after some time with Awaceb’s love letter to New Caledonia it may have moved up my “Must Play” list.

Many will probably compare Tchia to The Legend of Zelda: Breath of the Wild from gameplay videos, and they’re not wrong. I myself am not the biggest fan of that one (just isn’t my style), but Tchia manages something a bit more structured which keeps my interest. The formula chosen by Awaceb is sure to draw in plenty of gamers, casual, hardcore, Zelda fans, and more classic objective followers such as myself.

I didn’t get a great look at the story in this one, but the little I did glimpse has me awaiting the full release with bated breath. At the beginning of the preview, you (Tchia) were at what seemed to be a summer camp of some kind, when all of the sudden a gun goes off. The mother and daughter figure look somewhat sinister at first, but you’re able to make friends with them pretty quickly. Something evil is certainly at work in the background to get a response like that. As you progress though, the wholesomeness of the interactions with them grabs you, and I can’t wait to see how it all comes together as the story unfolds.

Given I began after several chapters have passed, it took a moment to get my bearings. Everything is pretty simple to learn, and much is muscle memory like jump buttons and crouching. What is a bit different is learning Tchia herself, with her movement feeling… well, more childlike. There’s a different weight to them, unlike a sure-of-themselves adult. As I started to get a feeling for the systems in place, Tchia was like a flower petal in the wind, gliding from place to place. 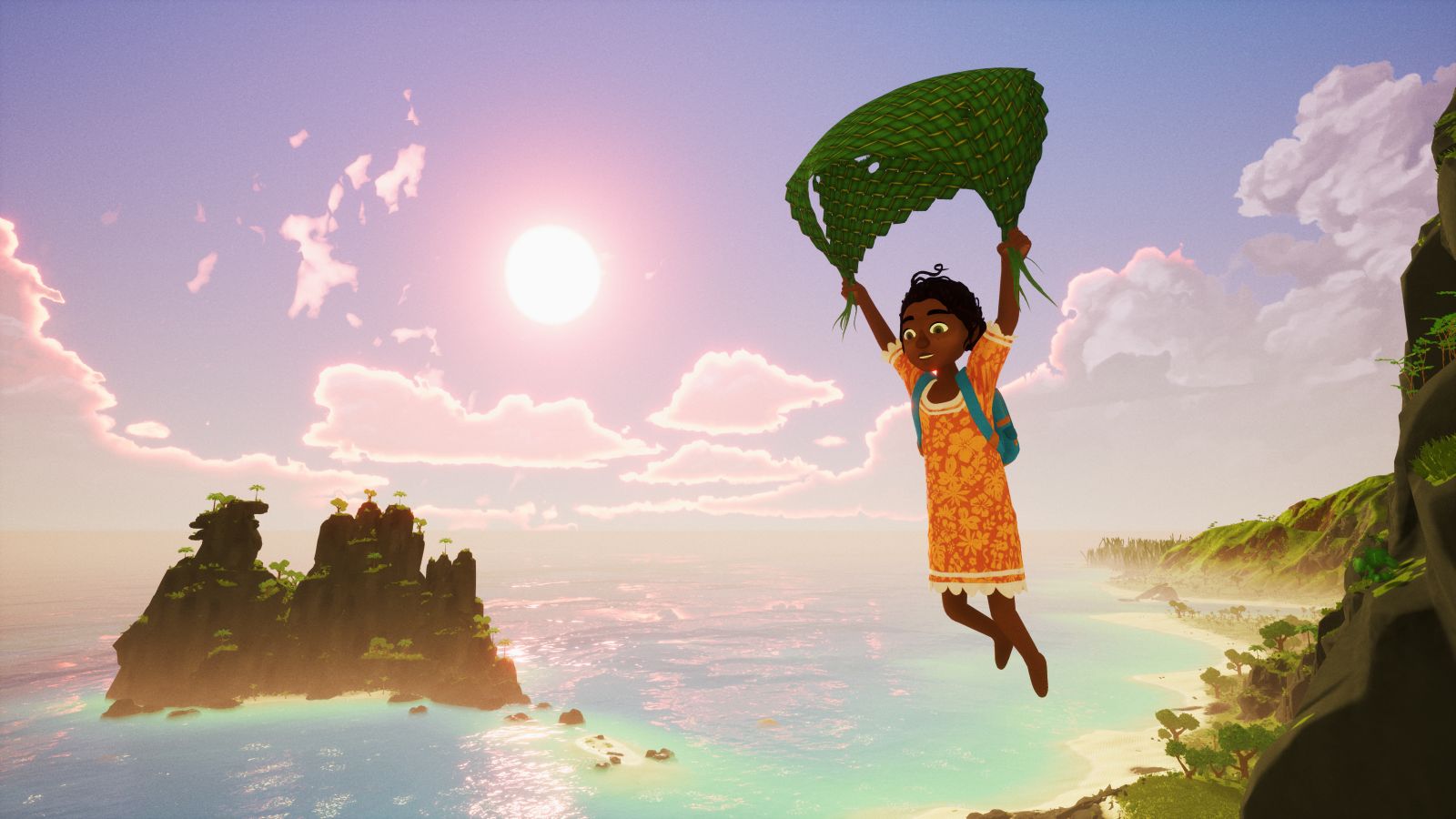 Gliding is a good word to use, because those BotW mechanics are very present. Stamina is your main meter, with a points system in place to help you keep track of what you’re using. It’s leveled up by finding stamina fruit around the island, which can be easy to find if you know what you’re doing. Free climbing is also here, with stamina depleting as you go. As you probably guessed from the first word, gliding is a big part of Tchia, and it’s a lot of fun to use. A nice touch is allowing me to release the glide in order to preserve stamina, but I had to be careful not to fall too fast or risk smacking into the ground or side of a cliff. Stamina also counts as health, with Tchia passing out if she over uses it. There’s a lot to unpack, but it makes traversing the islands a lot of fun.

Part of your traversal is the raft you’ve seen in the trailers. It’s actually more challenging to use than it looks, with having to move over to the sail to raise it for speed, then moving back to the rudder for steering, and over to the anchor to keep rafty in place. Sailing the rivers is where things can be the most annoying, with sharp turns and plenty of things to get caught on. Thankfully there’s a “Halo Warthog flip” push ability, so you can dislodge yourself if stuck. Once you get to the ocean though, it’s an easy ride, and one of the more chill parts of the game. 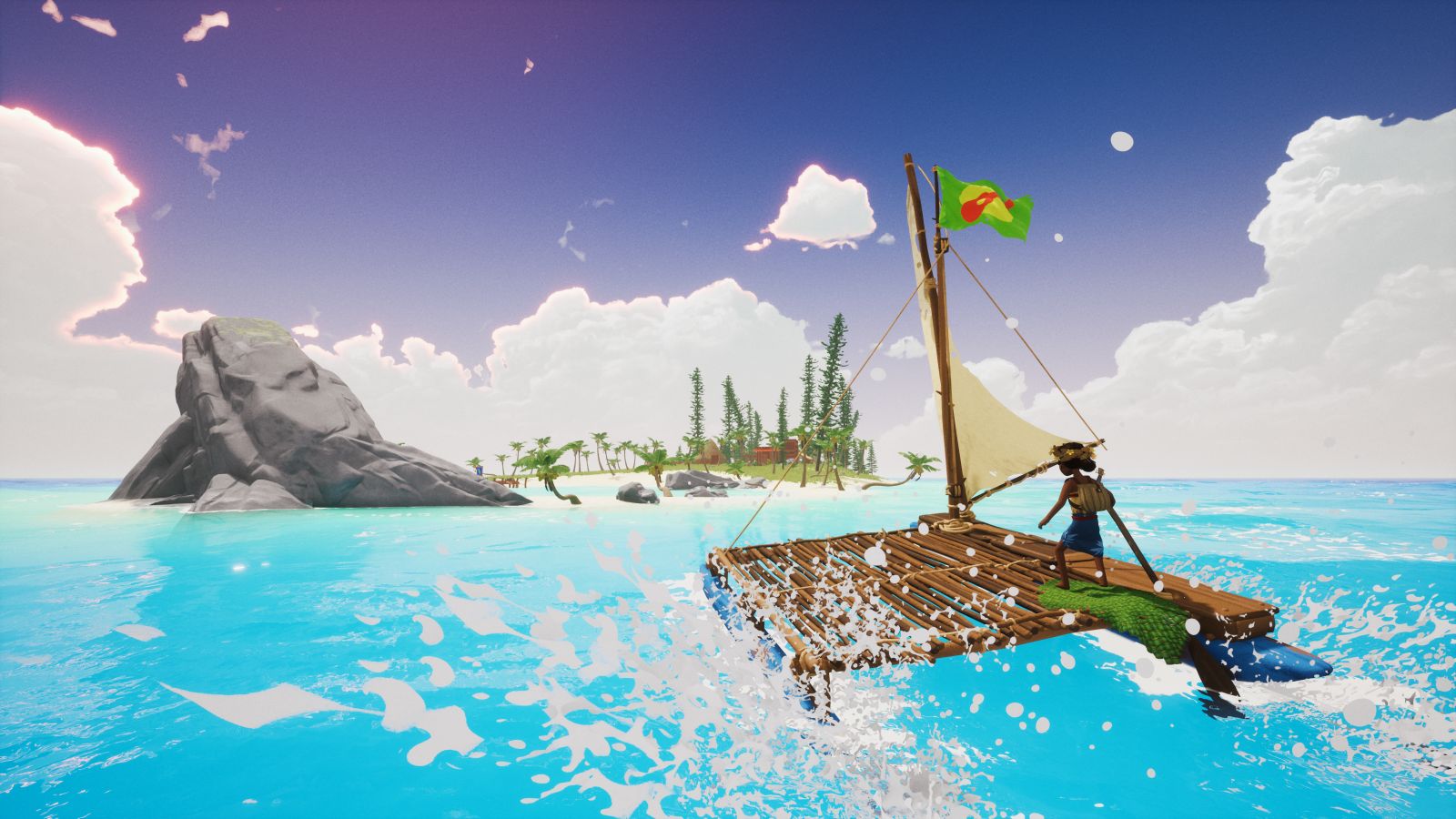 Exploration is the foundation of Tchia, and it’s not nearly as nerve-racking as games such as Elden Ring. There is a map, but interestingly you aren’t present on it, with only a “last position” if you do one of the “Assassin’s Creed” towers-type objectives. You do have a button to figure out roughly where you are, but Tchia relies on you finding landmarks. The good news is there are plenty of those, along with clear blinking lights to let you know something is around to pick up. This led me to often use the map reveal objective to get more information on my map, which allowed me to find my way more easily to the next objective.

One of the cooler ideas that I wasn’t sold on from the trailers initially was the soul jumping mechanic. It seemed a bit overwhelming, and could be overpowered at a glance. I’m happy to say it’s not only neither, but it’s a blast to mess around with. Getting to a high mountain top is much simpler when you jump to a bird, and you can also use them to poop on passersby. It’s all kept in check by a meter similar to the stamina one, meaning I can’t go crazy with it, and that’s fine with me. Trying it on different animals led to different results, and I suggest doing plenty of that.

Soul jumping also worked its way into the minimal combat I experienced, with the easier option of burning the fabric soldiers (we’ll explore that another day) available by jumping into a fire log and rolling around or to a lantern and igniting. It may seem like a gimmick, but it was a highlight of my preview.

The atmosphere of Tchia is also a highlight of your experience. This ties into two things: the presentation, and the island itself. When the characters speak, you’ll most likely need subtitles, because they speak in the Drehu language. I’m not generally the biggest fan of that approach, but it works beautifully with Tchia, especially once you get into the songs. I won’t spoil the specific moment, but the last main mission in the preview has you playing your ukulele (which is also important) for a wonderful song that tugged on my heartstrings. There’s an option to allow the computer to control the ukulele playing as well, so anyone will have the ability to enjoy these without fear of messing up.

New Caledonia is the island the game is based upon, and while this preview wasn’t as varied in environments, it looks like the full game will be from all we’ve seen in videos. That really doesn’t matter though, because the island I got to explore is gorgeous. The rolling hills, mountains, swamps, and shorelines are alive with flora and fauna, and teaming with different creatures. Sure, it’s all designed in a more cartoony form, but that doesn’t take away from how detailed and beautiful this small team has made it.

You’ll be able to pick up Tchia some time in 2023, and you can wishlist it now on Steam and the Epic Store. It will also be available on PlayStation 4 and 5.