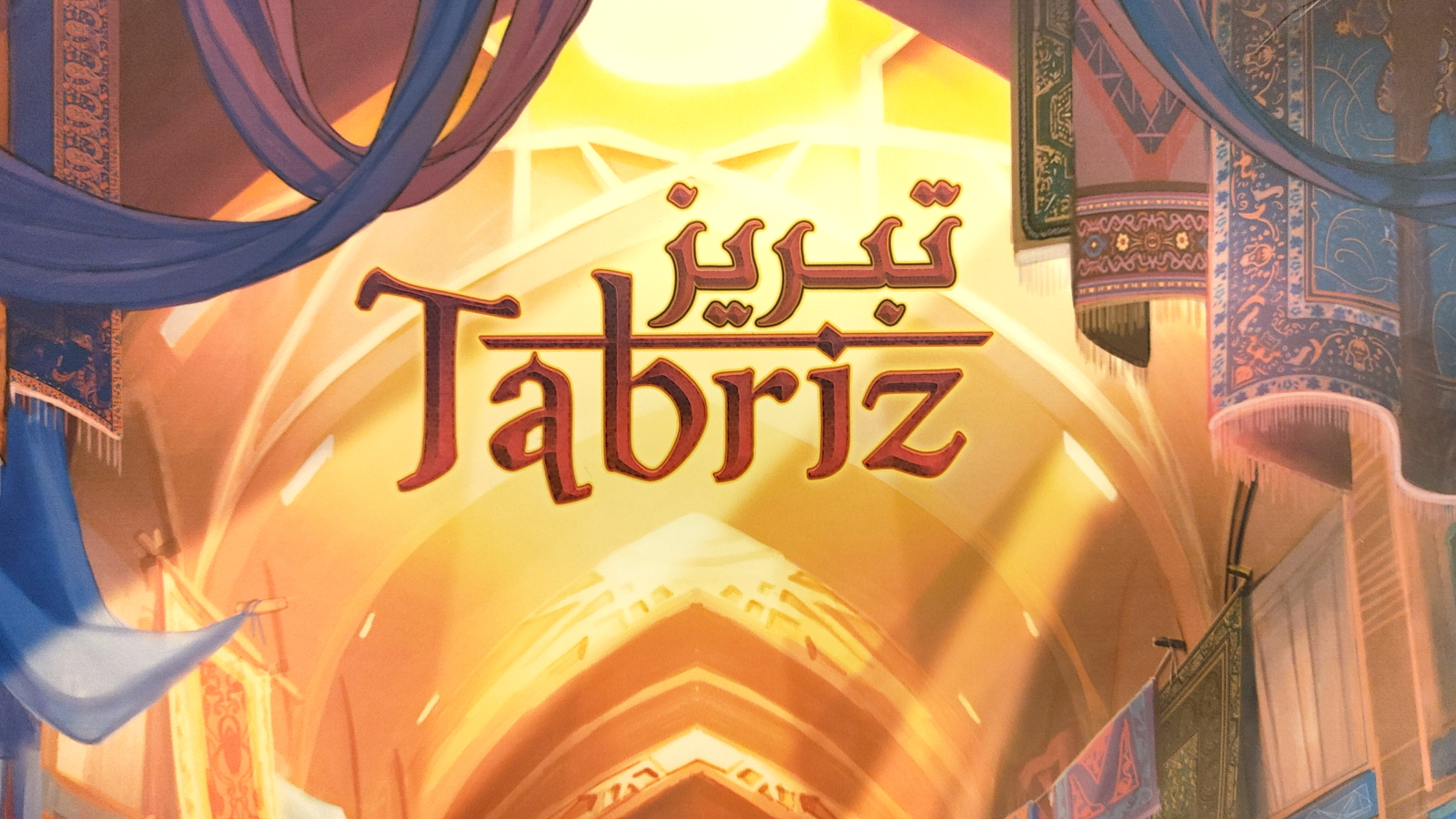 In ancient Persia, in its time the cultural center of the world, the art of making rugs was held as a high calling.  Persian rugs required materials from all over the empire, which were harvested, bought, sold and eventually found their way to the Great Bazaar of Tabriz, the beating heart of Persian commerce.

Tabriz is a worker placement market game for 2-5 players, designed by Randy Flynn and published by Crafty Games.  In Tabriz, you are an up and coming rug maker and, with the help of your assistants, you will create rugs for everyone from the peasant class to the nobles of the city.  Your assistants form the heart of Tabriz, as they run across the Grand Bazaar, buying goods on the cheap here, or trading one type of good for another there.  After you get the materials from those trades, you can complete a commission, gaining rewards and, most importantly, additional workshops to increase your income between rounds.  Once one player has completed nine commissions, the game ends and the player who earned the most prestige wins. 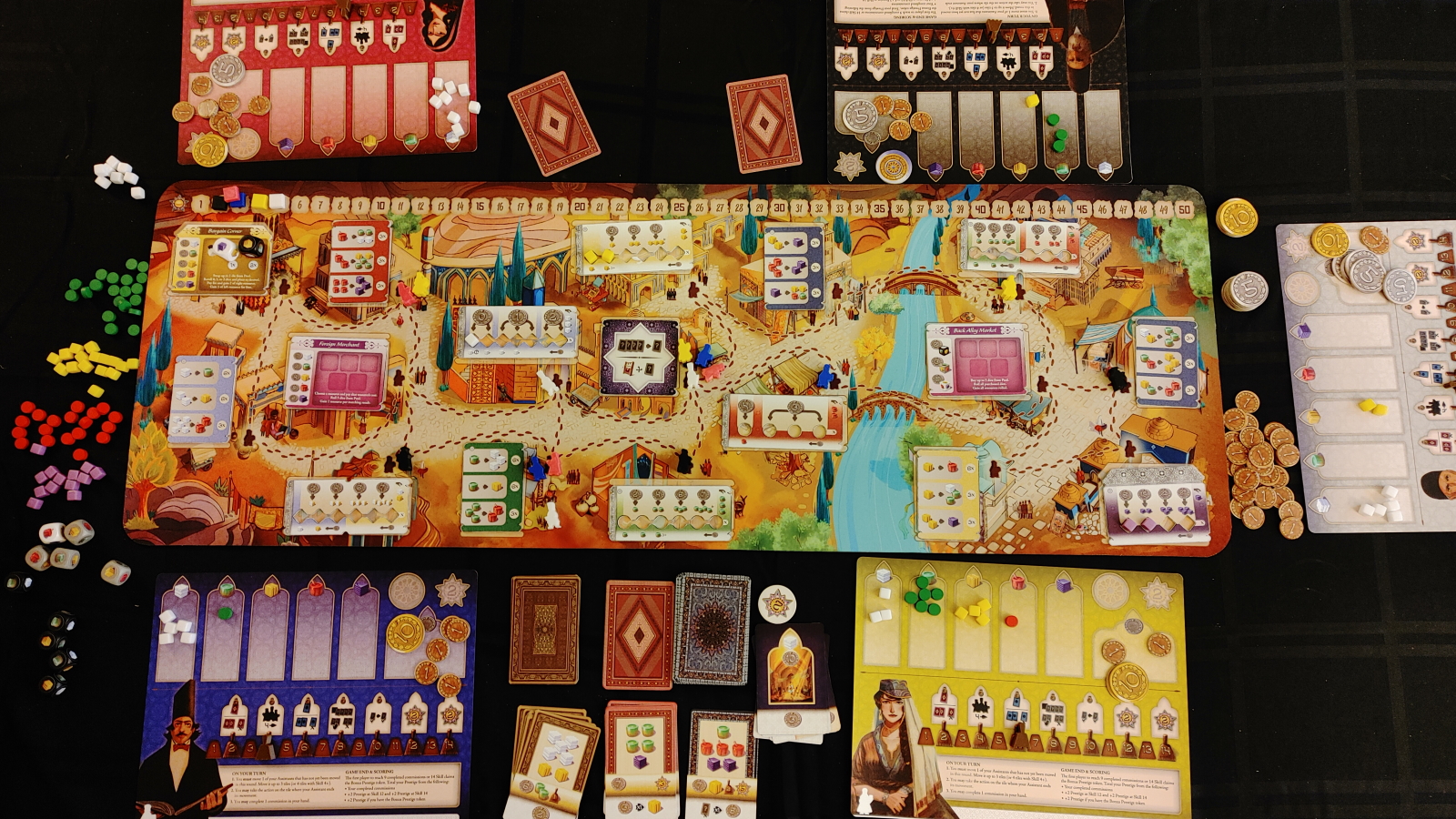 Each round, players will have three assistants they can move, which start pooled around the center of the board, but will quickly spread all over the city.  They can only move 3 spaces, which is enough to cover about half the board, and wherever they stop is the shop that you can use.  There are a number of different kinds of shops in Tabriz, from basic shops that just take coin for resources, to barter stands, which will take one kind of resource, and provide a trade for another, to bargain stands, whose goods are randomized by dice and can result in overpaying for goods, or getting a steal of a deal.  Once moved, your assistant cannot move again until the next round, and stalls don’t refill until the round is over.  This means that the first few moves of a round will usually see the best deals picked up and the straightforward options purchased right away, while barter and bargain stands usually can wait until later on.

Once you have the materials you need to craft a rug, you simply return those materials to the supply, and gain your rewards.  Most commissions will grant you a mix of money, supplies, skill and prestige, as well as some form of workshop.  The money and supplies are nice, but usually are not enough to keep your business afloat; you will need workshops for that.  At the start of every round, all of your workshops can activate.  Each workshop will either produce money, resources, or exchange resources for something else.  Towards the end game, someone with a strong workshop setup might never need to waste time at the bank in the city’s center because they make all the money they need from their workshops, or might be able to ignore one resource on the board because the workshop provides what they need. 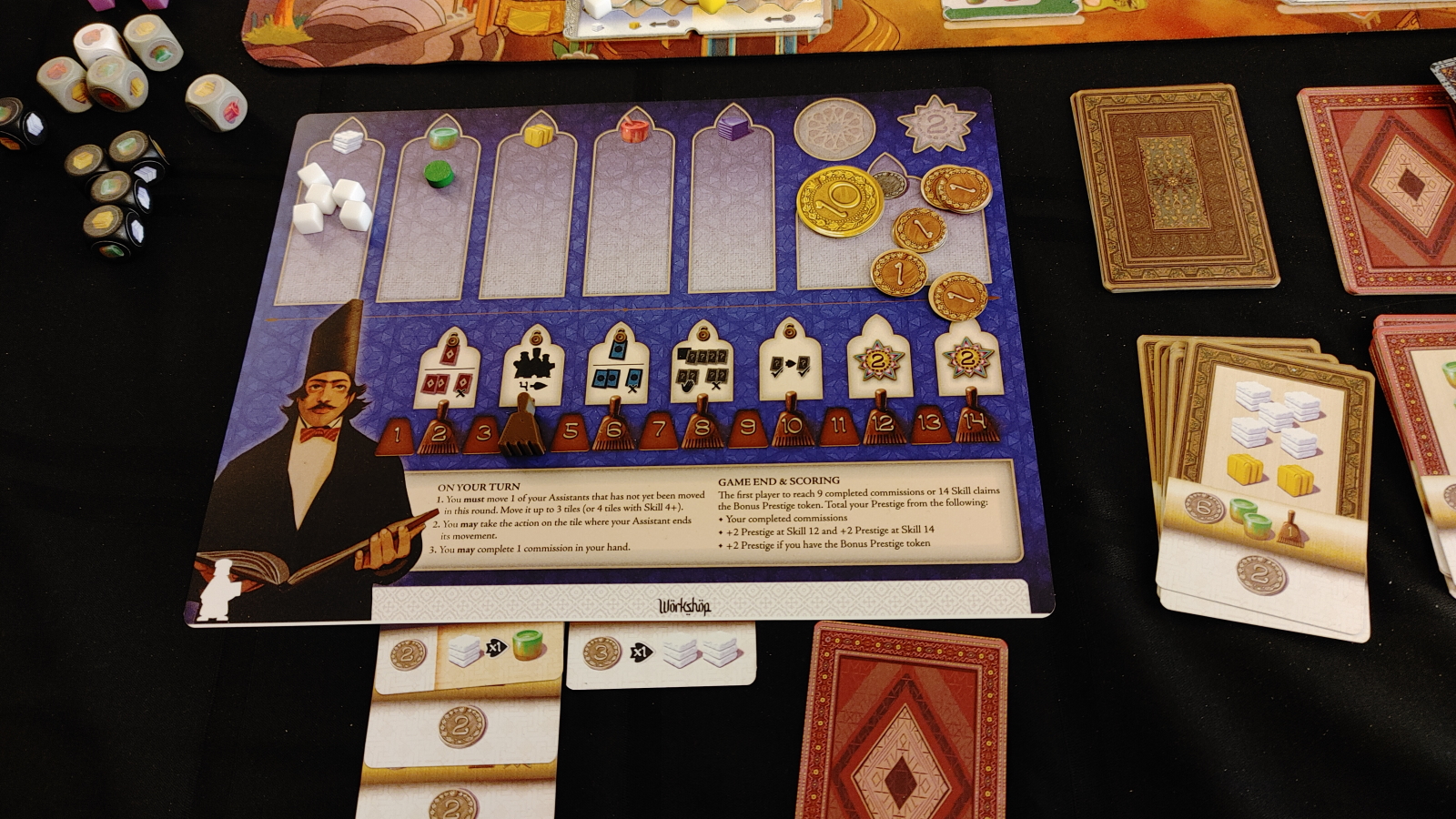 The other important rewards from completing commissions are skill and prestige.  Skill represents the capability of your rug-weaver.  As you gain skill, you gain access to more expensive commissions, the ability to move your assistants further, as well as other important boons.  Prestige points are the victory points of the game.  The more expensive the commission, the higher the prestige for that commission, but fewer other rewards are granted.  This means players need to find a balance between commissions that grant skill, powerful workshops, and prestige over the course of the game to come out ahead.

The prototype copy we received has seen a decent amount of play, with some worn components and well read rule book.  And no small wonder, Tabriz is a lot of fun.  The components in this prototype included some 3d printed meeples, with different designs unique to each color, high quality cards for the commissions, cardboard stalls cut with patterns to indicate their homes on the board, some lovely, if thin, plastic tableaus, an assortment of cubes and discs as materials, and, most impressively, a massive neoprene mat to form the backdrop of the city of Tabriz. All of the lovely art by Syd Fini pops off the cards and playmat. If the final game components are anything like we saw in the prototype, then component lovers will have a lot to look forward to. 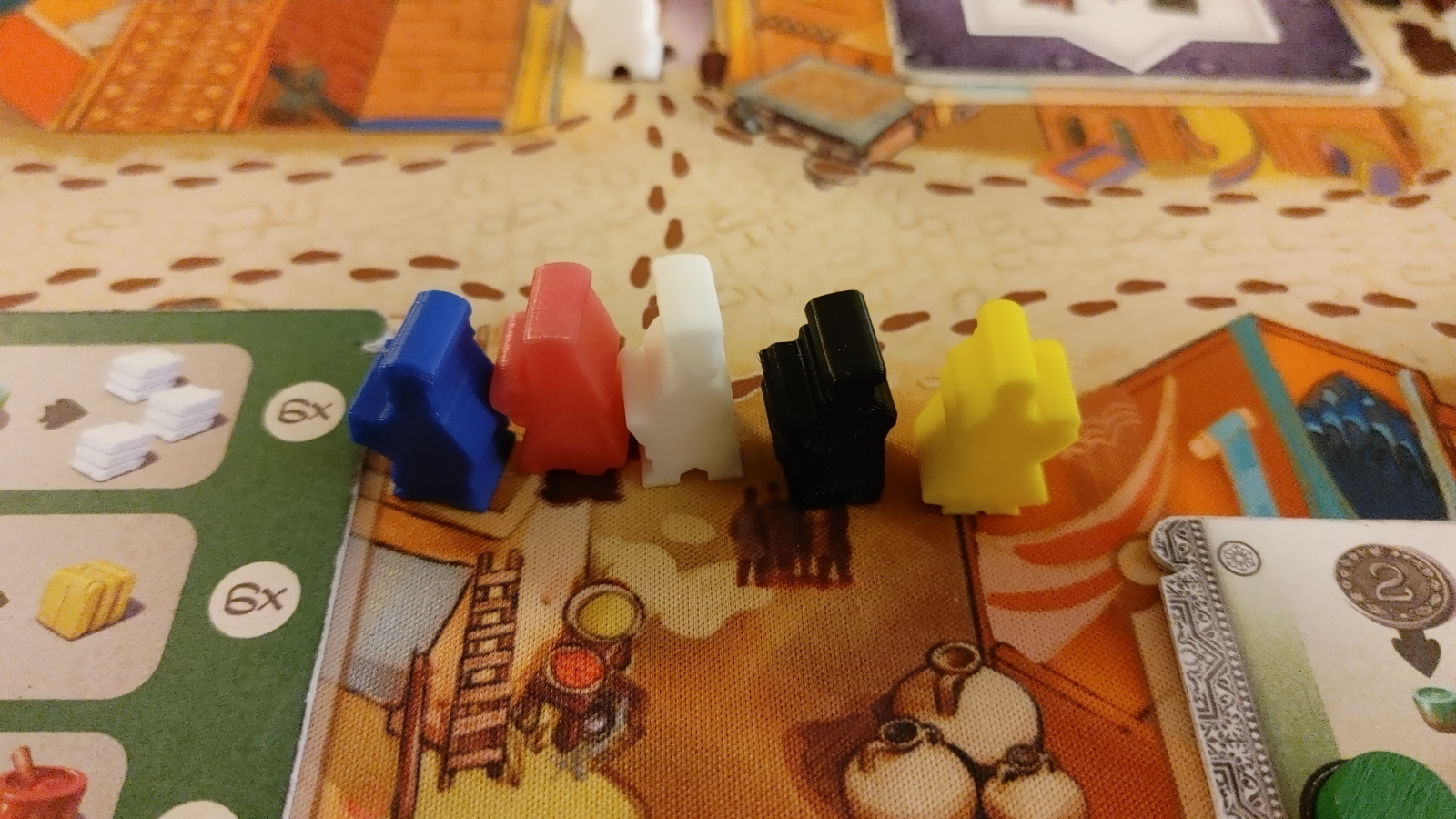 There also appears to be a lot of replayability, since the market stalls of Tabriz can be reorganized in a nearly limitless number of combinations, and those stalls themselves are double sided, with different options available for more or less complexity.  I do hope to see a few nagging balance issues ironed out in the final version as well, the biggest being the previously mentioned dice based bargain stalls.  In our games, the stalls were either used constantly for cheap high end materials, or never saw usage at all.  Their usage is also not the clearest thing in the world, with the dice pool being less like a resource and more like a component limitation.

You can back Tabriz on Gamefound now.  It has already blown past its funding goal of $30,000, and there are still 17 days left in its campaign at the time of writing.  They currently offer a number of other benefits, such as the aforementioned neoprene mat, double sided in the final version, as well as metal coins, all for a 25% discount off the final price.  But even if you can’t spring for their crowdfunding campaign,Tabriz is still shaping up to be a very exciting run through the streets of antiquity.