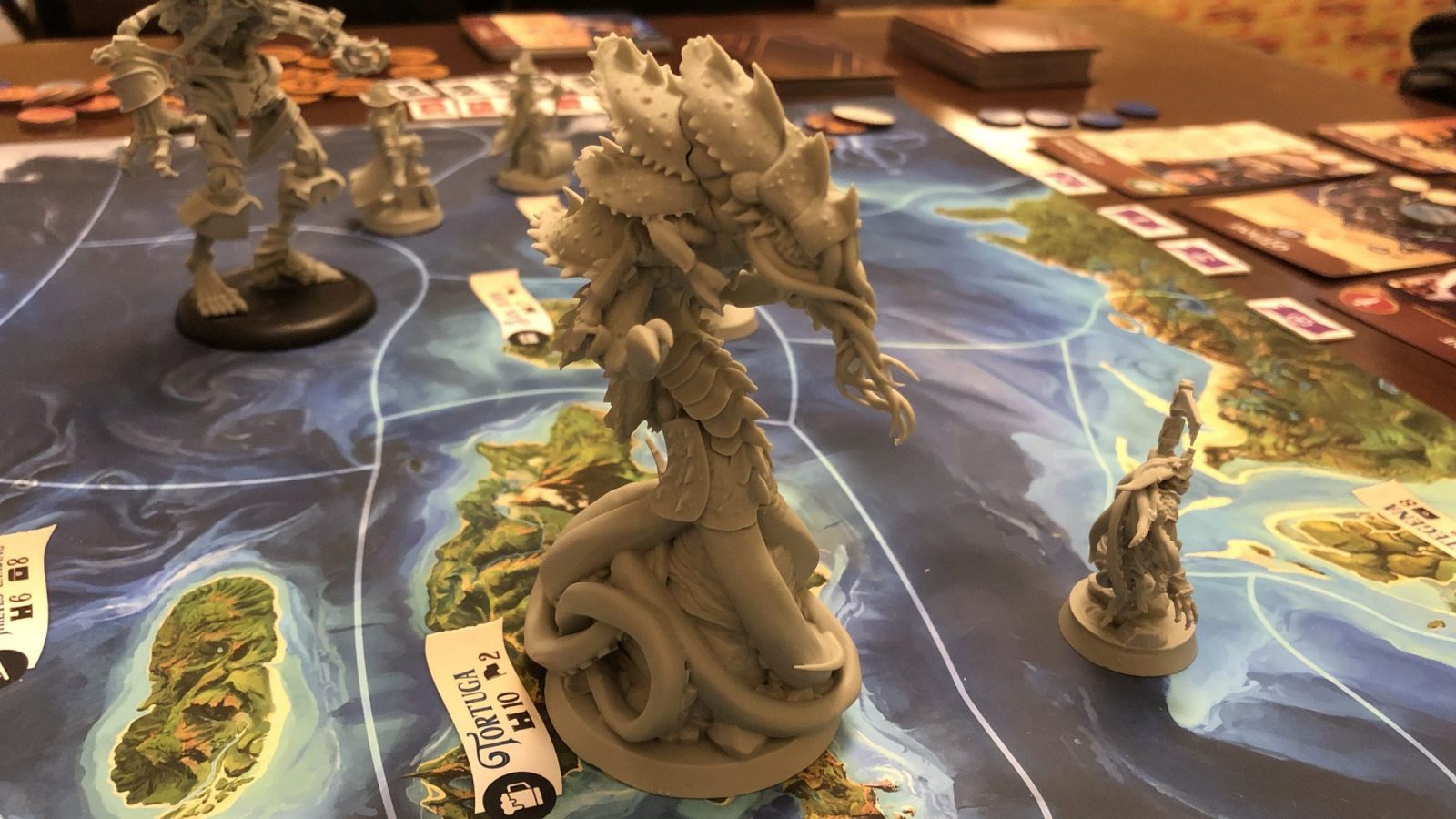 At PAX Unplugged 2019, Gaming Trend was lucky enough to get a chance to sit down and talk to Ryan Schapals and Zach Weisman, two of the three game designers at Guildhall Studios, about their upcoming Sea of Legends board game. We first talked a little about their new company, Guildhall Studios, which they started with Sea of Legends in mind. According to Ryan, whose experience includes being a narrative designer for BATTLETECH by Harebrained Schemes, the idea behind both the studio and the game is to make pirates cool again and to create a game that brings players into a swashbuckling sandbox. Zach, whose game design credits include Got ‘Em! and Golem Arcana by Calliope Games, confirms this and adds that they intend to add more games to their line after Sea of Legends that will continue the theme of swashbuckling adventure. To round out their studios’ expertise, Zach and Ryan have partnered with Zach’s father, Jordan Weisman, an award-winning game designer who cofounded role playing game publisher FASA Corporation and was behind the Battletech and Shadowrun video games. This small team appears to have the talent and experience to produce some amazing games as my peek at Sea of Legends indicates. 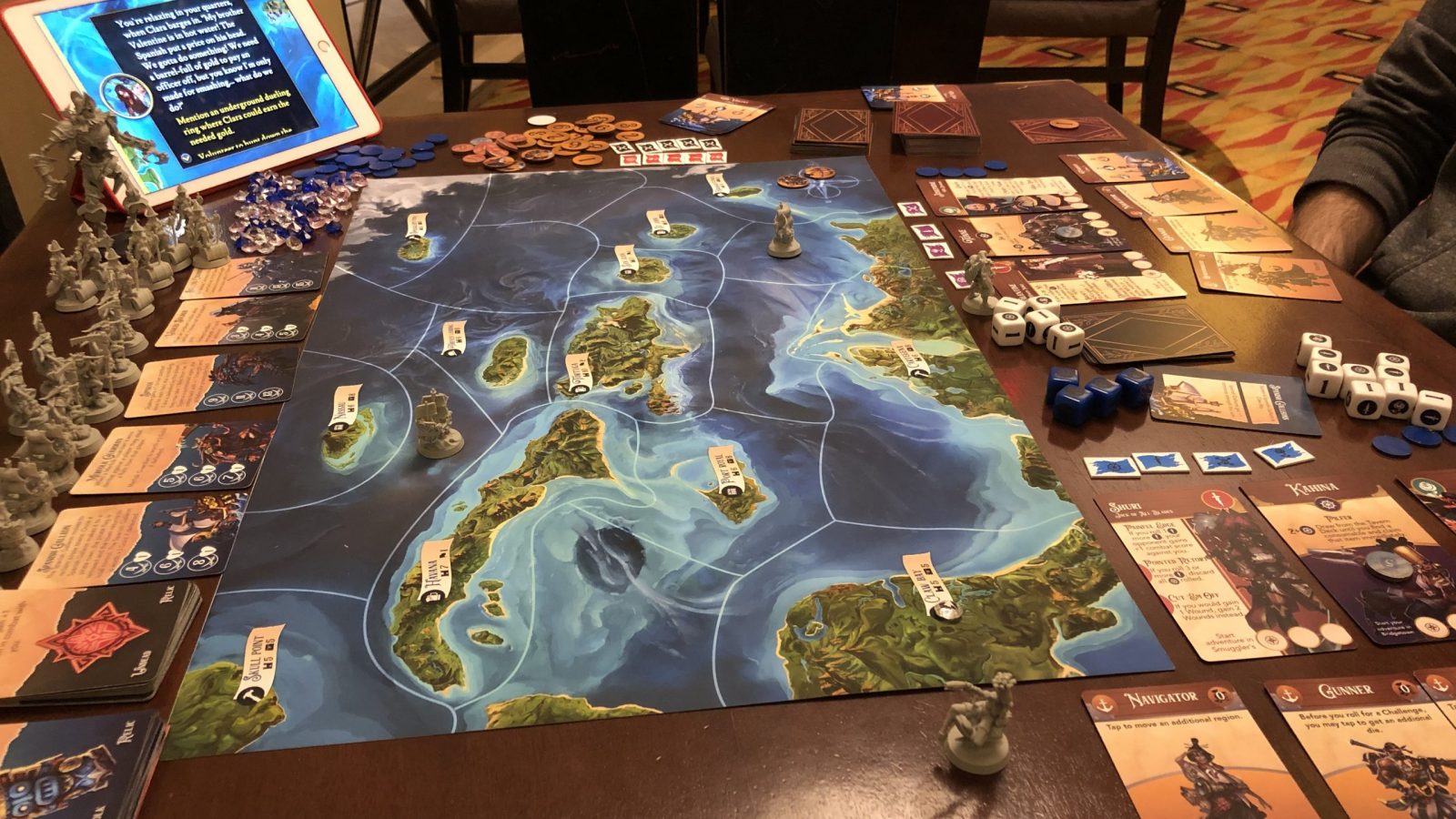 Ryan says that the game is supposed to be bright, colorful, and fun, which the draft version of the game sitting on the table already appears to be. While it is a competitive game, one nice perk is that there is no player elimination, unless you count when everybody loses at the same time, but we’ll come to that in a bit. The board is a stylized map of the Spanish Caribbean during the age of sail, which is divided up into about twenty regions of various sizes and shapes. There are a dozen ports scattered across the Caribbean islands and coast of the Americas ranging from actual locations such as Havana to fictional places like Skull Port.

To start this sandbox pirate adventure, each player starts by choosing three cards that represent: the pirate captain they will be; a lover for their captain that provides bonuses; and a nemesis that hinders the captain. This game requires an app, which will be free to download on IOS and Android, that conveniently scans the cards and sets up all the adventures that are tied to each combination of captain, lover and nemesis. Each nemesis and lover have adventures associated with them, which, when completed by the player, increase the bonuses provided by the lover and decrease the negative effects of the nemesis. Interestingly, the app enables the effects of one player’s actions to impact the nemeses and lovers of the other players. For instance, during my demo, when I completed the series of adventures related to my captain’s lover, my opponent’s nemesis gained an ability that negatively affected my opponent. 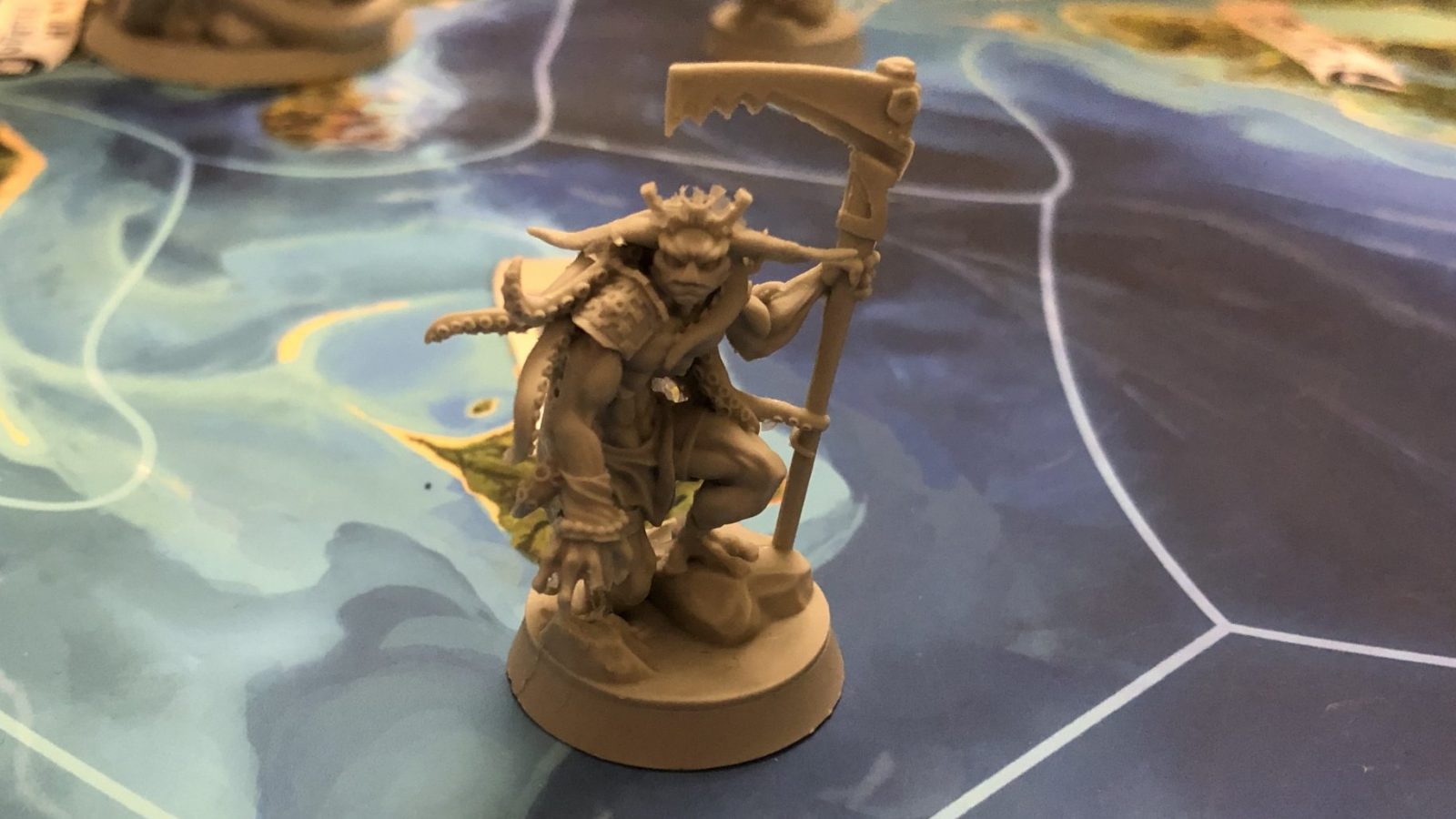 As part of the setup, the players also select a “World Event” that will provide a running theme throughout the game and adversaries above and beyond the basic Spanish ships sailing around. There will be four World Events in the base game and a planned expansion will provide another four. The World Event we played with added undead to the mix, with minis of skeletal conquistadors popping up on the map and marching to join up in the center with the goal of piling themselves together into a giant conquistador represented by a towering mini.

Once the World Event and characters are chosen and entered into the app, the players place the minis representing their characters on the map at a starting location of their choice. Three Spanish ships are placed on the map and the game is on. On their turn, players can do pretty much anything they want. The goal is to be the first player to earn ten notoriety. There are plenty of ways to get notoriety, and gold. You can take ports by attacking them and looting them; they will stay under your control and continue to provide you with gold until one of the Spanish ships takes it back. The only thing players have to remember is that the NPC faction related to the World Event can trigger a game ending condition that causes all players to lose, so players will want to keep tabs on that. 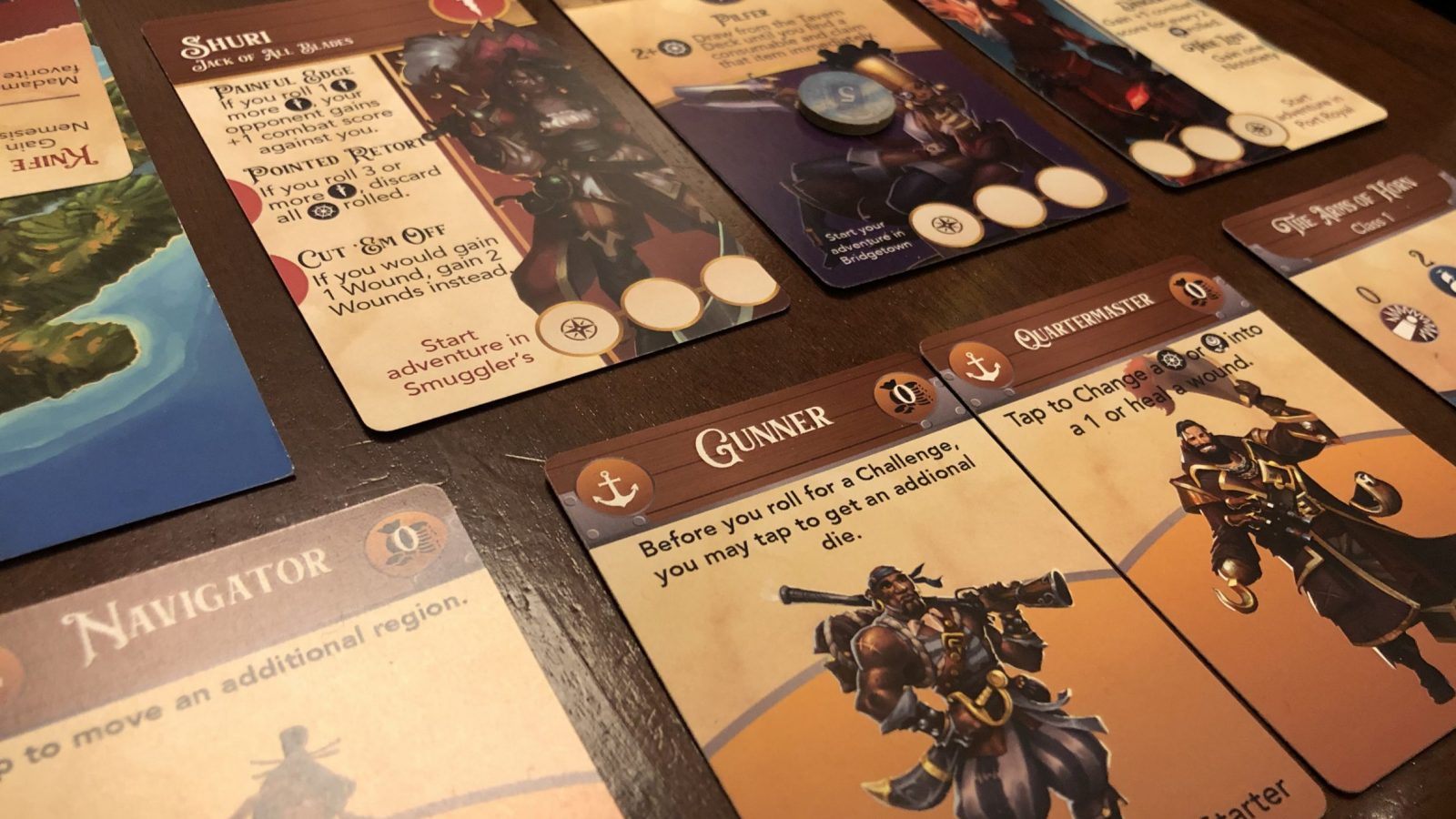 The game, which is for two to four players, shows a bit of its influences of Western Legends as well as Above and Below in this sandbox with tons of options. The artwork and minis sparked my imagination, instantly creating opportunities for me to imagine myself sailing the high seas. There are thirty eight minis in the base game and another twenty seven in the first planned expansion. I’m looking forward to captaining my ship, hiring cutthroat pirates to be part of my crew, as we fight monstrous undead and try to win the affections of a lover. This is looking like a cinematic romp that should entertain the swashbuckler in you. Check it out when it hits Kickstarter in the first quarter of 2020!