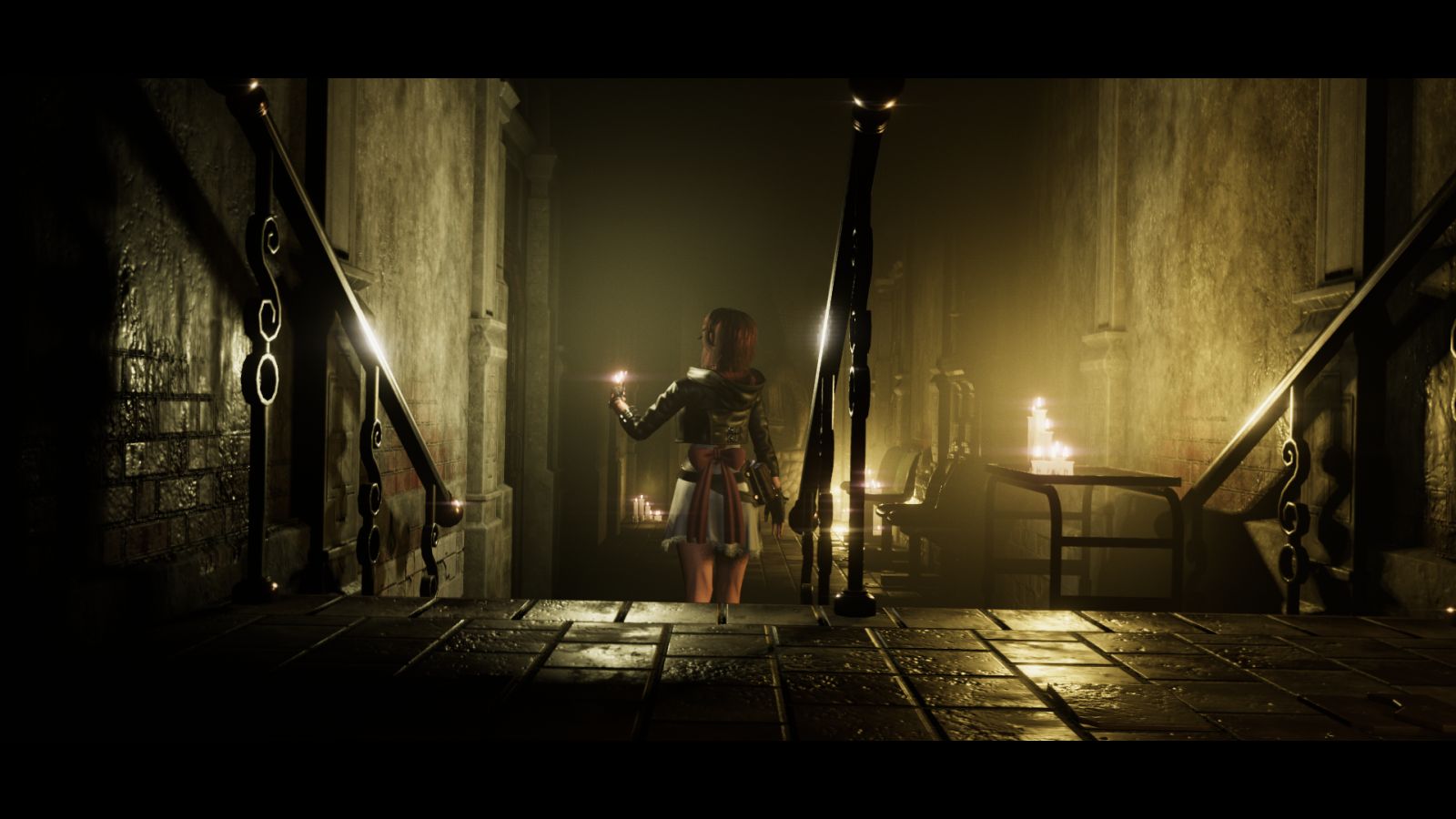 When I first started playing the preview build of Tormented Souls, I was disgusted and shocked. Not for any reason that I believe the game wanted me to be, but because of the overt and tasteless nudity that occurs within the first few minutes of the game. The beginning of the game sees the main character knocked out, and placed naked in a bathtub, hooked up to a respirator. She gets out of the bathtub, allowing ample time for players to see her fully nude character model and watch as she animatedly takes the respirator out from her throat. All of this leads up to her putting clothes on and realizing that one of her eyes have been gouged out. This nudity and depiction of the respirator does nothing to heighten the tension, build on themes, or do anything meaningful. Instead, it reads as yet another example in the horror genre that demeans women and brutalizes them for the sake of it. Where Ethan of the Resident Evil franchise faces bodily harm that results in his loss of limbs all the time, it feels earned in those games due to his character and the nature of the story. Ethan of Resident Evil is a character who goes through impossible ordeals one after the other, as the story ramps up in its insanity. Caroline from Tormented Souls faces a single grusome incident. Otherwise she deals with the horrors of the game’s setting as they come, barely even phased by the loss of her eye or the fact that she was naked in a bathtub.

I could not write this preview without mentioning my distaste for its introduction, simply because I want people to be aware of it. After playing more of the game, however, I began to forget about the unfortunate beginning as I got lost in the world of Tormented Souls. Taking cues from the Resident Evil and Silent Hill games of the PS1/PS2 era, this game offers a hardcore, back to the basics approach to the survival horror genre. From its inventory screen to its level design, the game evokes the feeling of the classic Resident Evil experience in every way, even down to the unflattering voicework.

Featuring tank controls and fixed camera angles, the game is a clear love letter to those games of a bygone era, but it does not settle with reusing tired formulae. Tormented Souls has its own ideas and tone that set the game apart from others in the genre.

Games like this live and die by two things, which will be the focus of this discussion: Puzzle design and tension. The puzzles in this game are top notch, requiring the player to interpret riddles, work through logic puzzles, and unlock the mansion room by room. Picking up each new item brings a sound cue that feels as if it was pulled straight out of the early 2000s and fits perfectly with the aesthetic of the game. Each puzzle feels difficult while still clearly conveying what is expected from it (except for one, but I will not spoil it here). A survival horror game, however, would be nothing without its enemies around every corner, so which brings us to the question of enemy and encounter design. 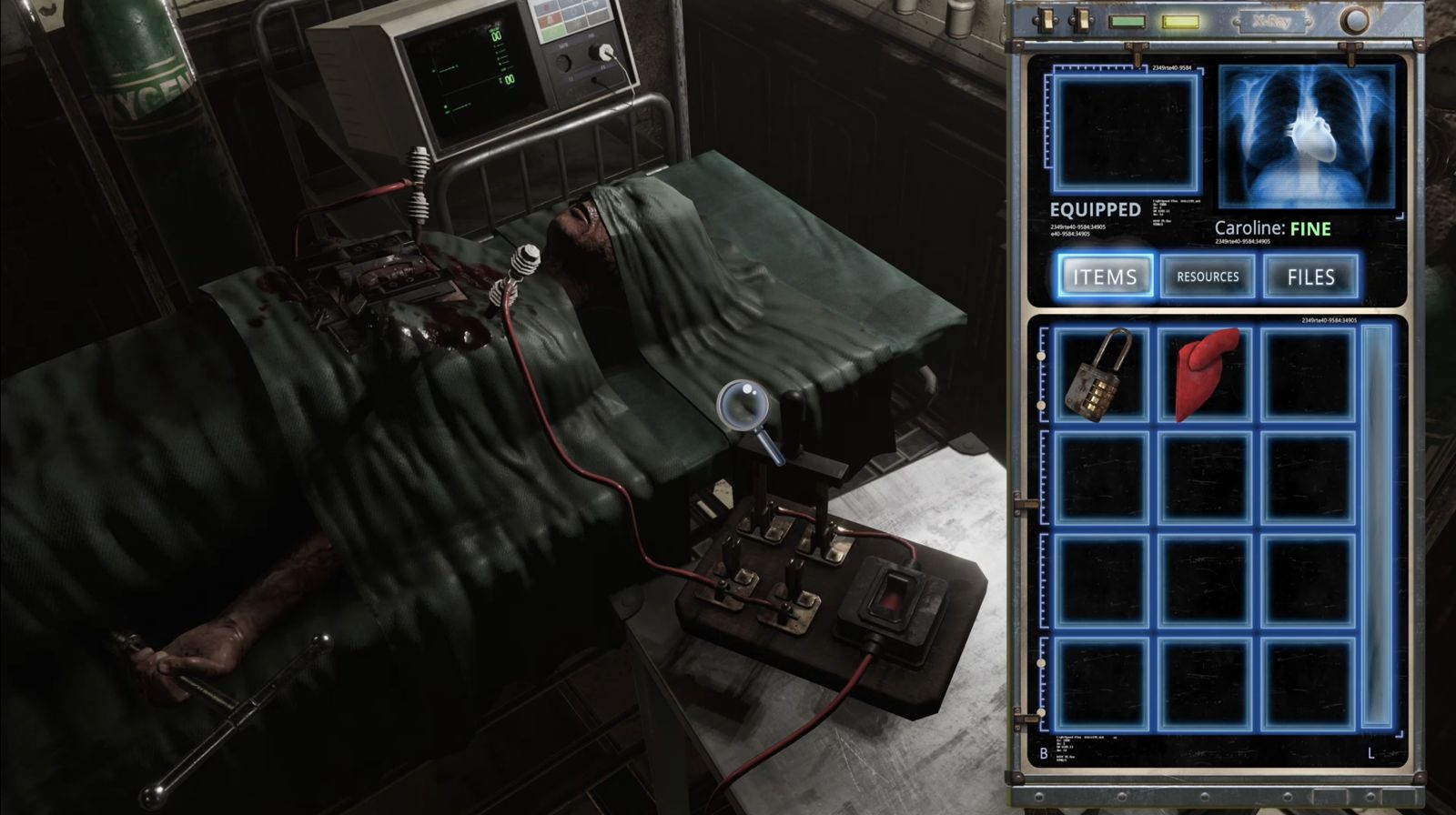 The enemies on display are terrifyingly designed. They are all patients of the hospital that Caroline is investigating, where they have been tortured and experimented on in horrific ways. They rasp and rattle as they approach. They also move quickly enough to prove threatening to the player, without ever feeling cheap due to their speed. There is enough variety among the enemies to keep them feeling fresh, both in design and in function. Some drag themselves along the floor, using only their arms, and shoot ranged attacks from their throats, others hang on the wall waiting for you to pass only to strike you when you least expect it.

Tormented Souls’ light and dark system also bolsters the game’s inherent tension. When an area is enveloped in darkness, the player cannot traverse those areas without equipping the lighter item. When you have equipped the lighter lighter is equipped, you are unable to equip any weapons. This system creates a juggling act for you as you to get to the next pool of light in order to switch to a weapon and take care of any approaching enemies. 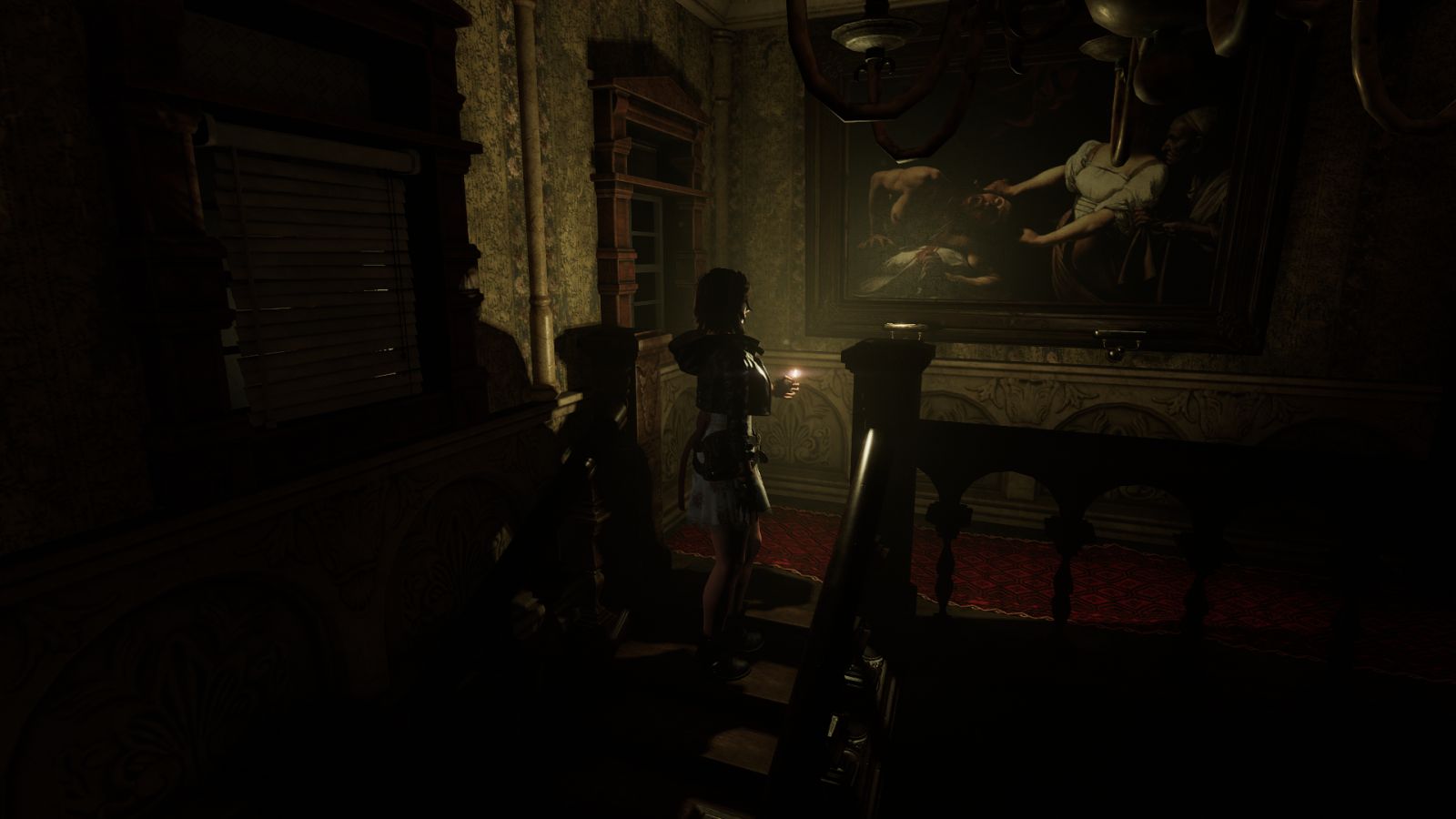 Like the ink ribbons of old, Tormented Souls’s recording tapes offer a limited supply of saves for the player. Early on, these tapes are not too plentiful, meaning I had to restart one or two times until I got the hang of the mechanics and the map. Learning the map feels rewarding, allowing for quick traversal for seasoned players, but never a feeling of safety. Danger is preserved due to the game’s habit of repopulating areas with enemies after key moments of progression, and the number of enemies in the game never feels so high that you cannot deal with them. Ammo is not overly abundant, but the only times I ran low on it was when I abandoned all methods of conservation in a failed attempt to kill an unkillable miniboss.

The voice acting in the game is not the main focus, so I do not want to bash it too hard, but it nonetheless strikes one as lacking. Delivery sounds either wooden or overly emotional with no inbetween. Granted, the quality of the script is no great favor to the actors, so it is hard to judge them, and even then the script is hardly the focus of the game. In-game lore is prevalent, just as it is in the Resident Evil games, and the writing there is fairly solid with intriguing plot elements and tragic characters.

Aside from the game’s rocky start that leans on questionable voicework and an even more questionable introductory scene, Tormented Souls embraces the roots of the survival horror genre, iterating on it further and refining its controls to deliver a surprisingly polished tightly-focused video game. I cannot wait to get the finished product.

Stay tuned to Gaming Trend for our review and gaming news in general.