Raw Fury has been busy backing some very cool indie projects lately, and GDC gave us our first hands-on with the newest game from developer Stitch Heads: Superfuse. Superfuse casts you as one of five heroes (we’ve only gotten to play one thus far – a Berserker named…well, I don’t think any of these folks have names as of yet) in an ARPG with a few tricks up its sleeve. In fact, it may have more tricks than I can begin to estimate – let’s talk about the setup and then get into the eye-watering amount of choices this game has on offer. 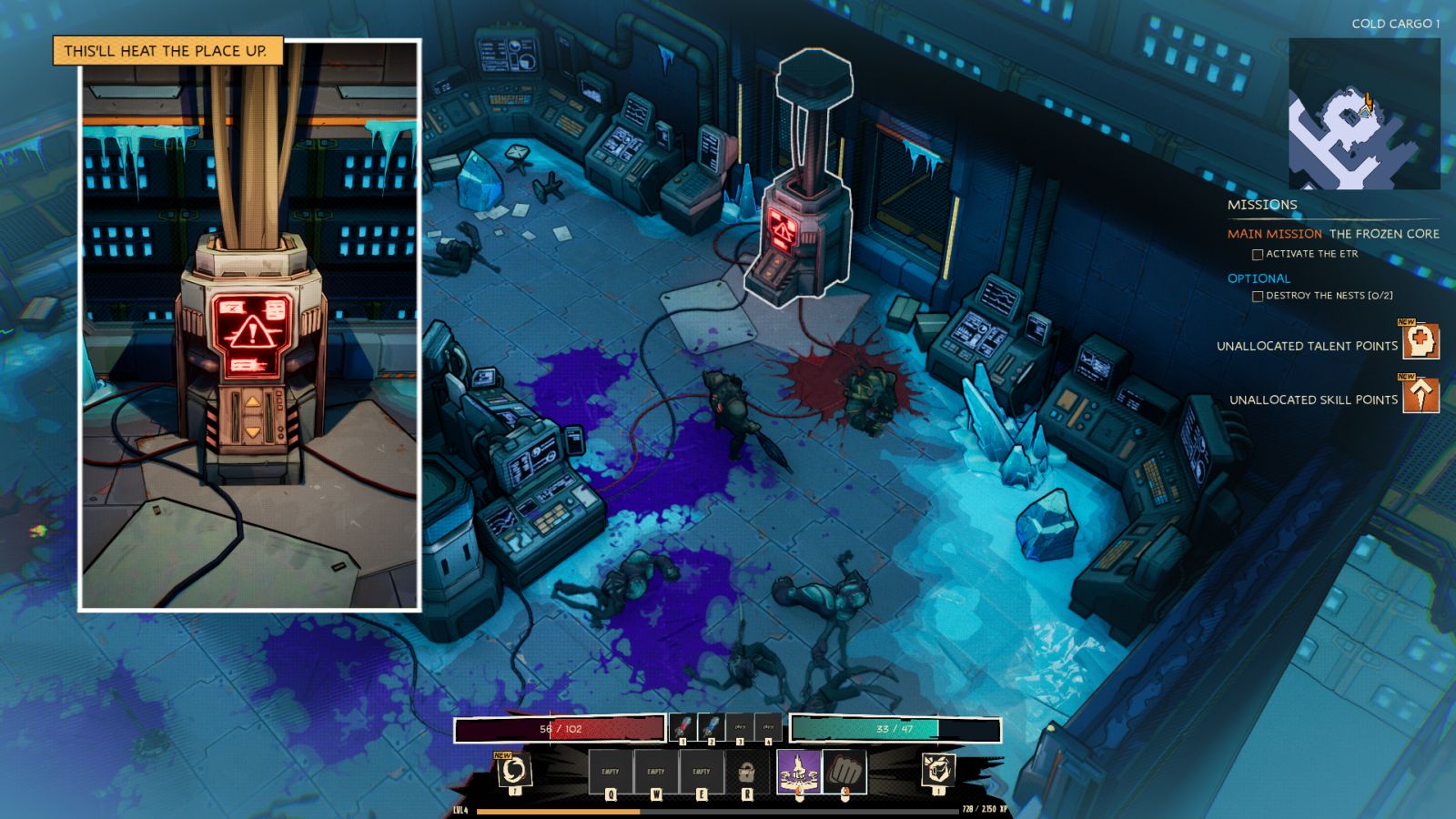 Superfuse takes place in a far-flung and bleak future where corporate greed has consumed the Earth. Who better to save us from that horrible future than the world’s super-elite – who started this whole mess? Launching humanity from the surface in rockets, they spread those who remain across the universe like so many seeds, with these ultra-rich pre-installed as the now galactic ruling class. With their playground now expanded, these super-rich then turned to genetics and nanotechnology to solve their last remaining problem – mortality. With enough money you can perform miracles, and these 1%ers became literal gods among men. Well, if you create near-infinite gaps between those at the top and the bottom, it’s a powderkeg for rebellion, and that’s precisely what happens. In the midst of mankind tearing itself apart, a new foe emerges: vile and twisted body-horror creatures called The Corruption. The wealthy elite once again turn to their power and wealth to save a now-ungrateful humanity by creating super soldiers called Enforcers. Granted godlike powers by their elite masters, the five characters in Superfuse were created to be the most powerful super soldiers they could be, infused with some of the same power as their masters. Thumbing through my history books, I can’t find a single time when that’s worked out well… 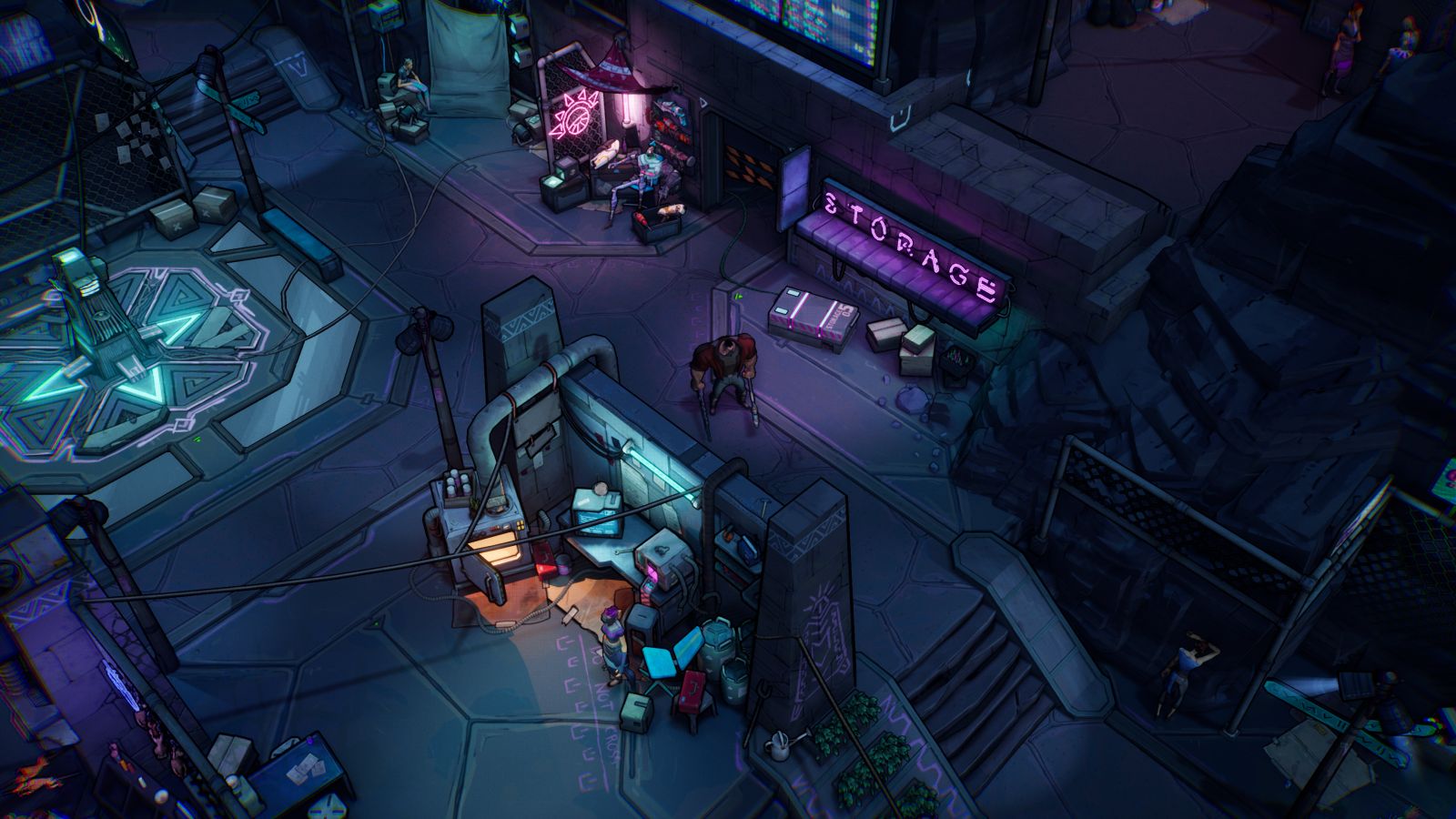 A comic book styled ARPG, Superfuse is a four player co-op beat-em-up with a frankly baffling amount of player agency. After picking your character, you’ll immediately start making decisions about how that hero will develop. Abilities, modifiers, status effects, and more come together to create not just a Berserker, but your Berserker. With a few taps of the debug menu I gave myself enough points to make a handful of preliminary choices to make my character able to turn foes into paste in short order. The result was a man able to obliterate everything in his path with so much splash damage that frankly made him into an unstoppable monster. What’s fun about it is that I’d essentially taken a brute force melee fighter and turned him into a ranged beast capable of dispatching foes from a distance, and in a hurry. 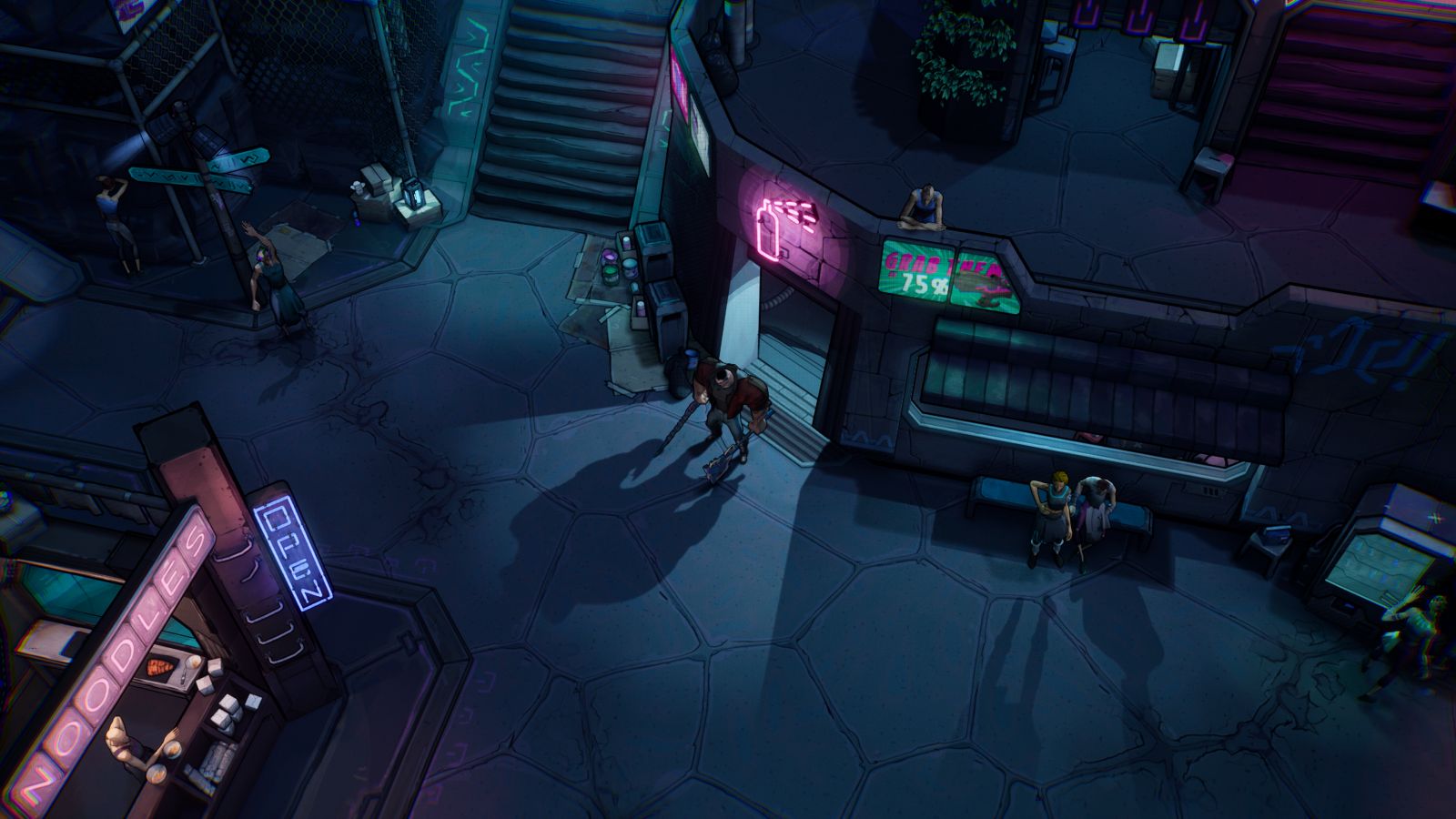 Your character’s powers are divided into skills and talents, with “Skill Fuses” being the biggest differentiator. With a skill selected, branches will spin off in all directions. Some are the sorts of things you’d expect, such as bumping the casting speed on special attacks, improving the range, or causing your attack to unleash a tornado. Jumping over to the Skill Fuses, that’s where the magic happens.

Skill Fuses are triggers that can be applied to your chosen attack that dramatically changes their behavior. For example, what if I had an axe that then throws huge shards off on every hit? Ok, but what if I then make those shards seek out enemies? Now we are getting somewhere, but we aren’t done. Let’s add a Zigzag function that lets those same projectiles bounce out to double their normal range at full damage. Not enough? Now make them homing missiles and add lightning and poison. At this point there are 21 Skill Fuses that can be applied at the start of your attack, when you kill something, trigger when your strike lands, or even when it ends. This allows you to apply multiple triggers that proc at multiple points within a single attack. These triggers had my head spinning on how insane builds could become. Multiply all of these crazy triggers, and any more that the team adds pre-launch, by the more than four dozen skills, then multiply that by five characters and you can see the absolutely insane amount of juggling on the horizon. To balance this much freedom is an unenviable task, but one that Stitch Heads Entertainment seems excited to tackle. It’s wildly ambitious and I’m excited to see it come together. 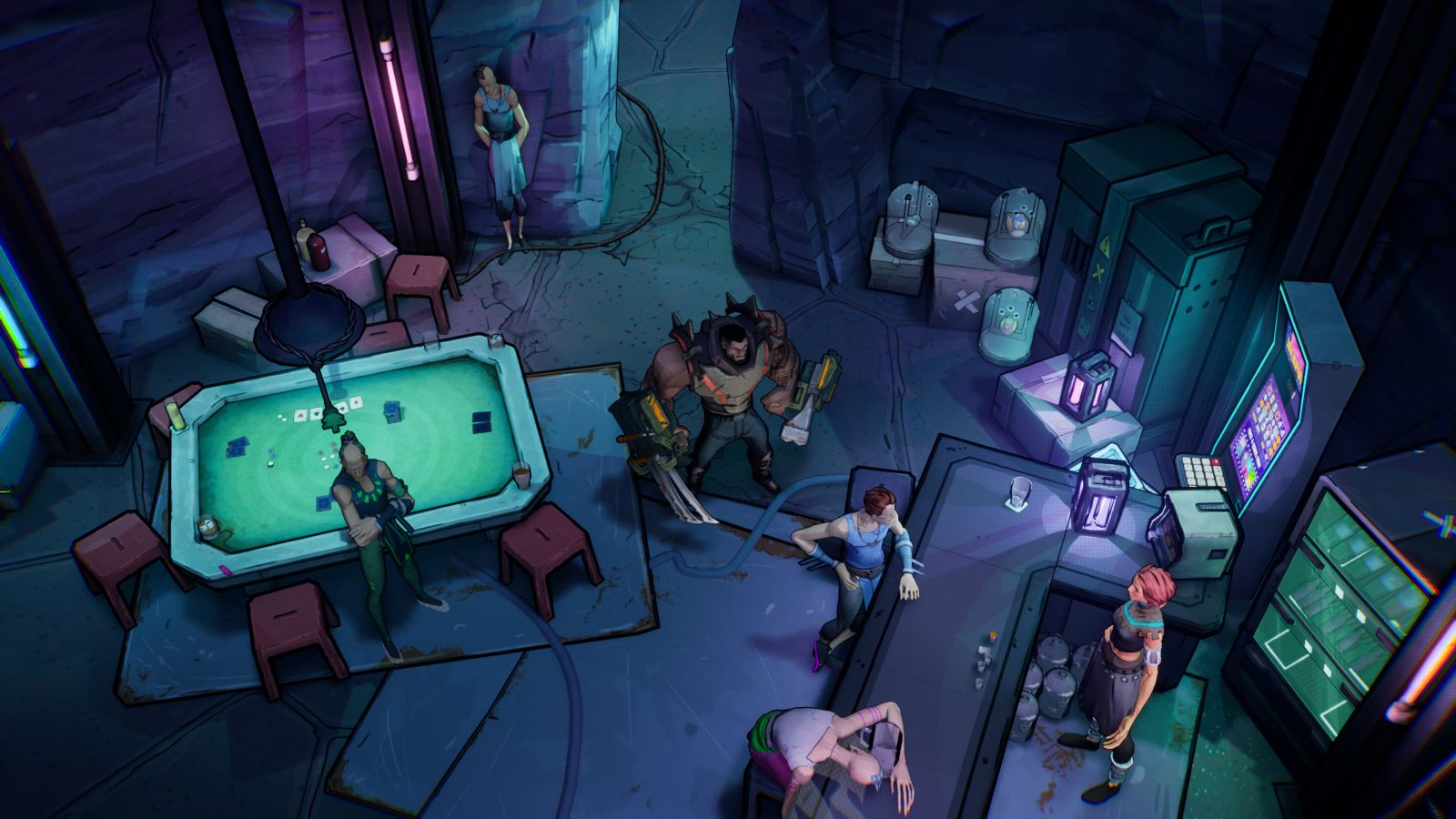 Beyond the huge tech tree, there is a full rarity-based equipment system to play with. Axes, giant mallets, punch daggers and knuckles, and guns galore help further hone how your character plays. There are (currently) restrictions on which characters can equip what gear, so don’t expect your Beserker to be slinging a sniper rifle, but if they get to bashing into things with a tactical sword or knuckles, look out. There are 10 gear slots and a left and right hand to tinker with, so it’s inevitable that we’ll see set pieces, legendaries, uniques, and the like when the game hits the balance stage. Not unlike Diablo III or other ARPGs, there’s a left click and right click to unleash your primary attacks, with Q, W, E, and R unlocking additional powers as you dig them out of the tech tree.

You can’t be a superhero without super moves, and spending points in the tech tree will grant you a special attack. For our Berserker the moves are what you’d expect with attacks like Slam and Frenzy, but with the layer upon layer of customization, it’s hard to even tell you about them as the Skill Fuses you select might make them completely different than my experience. 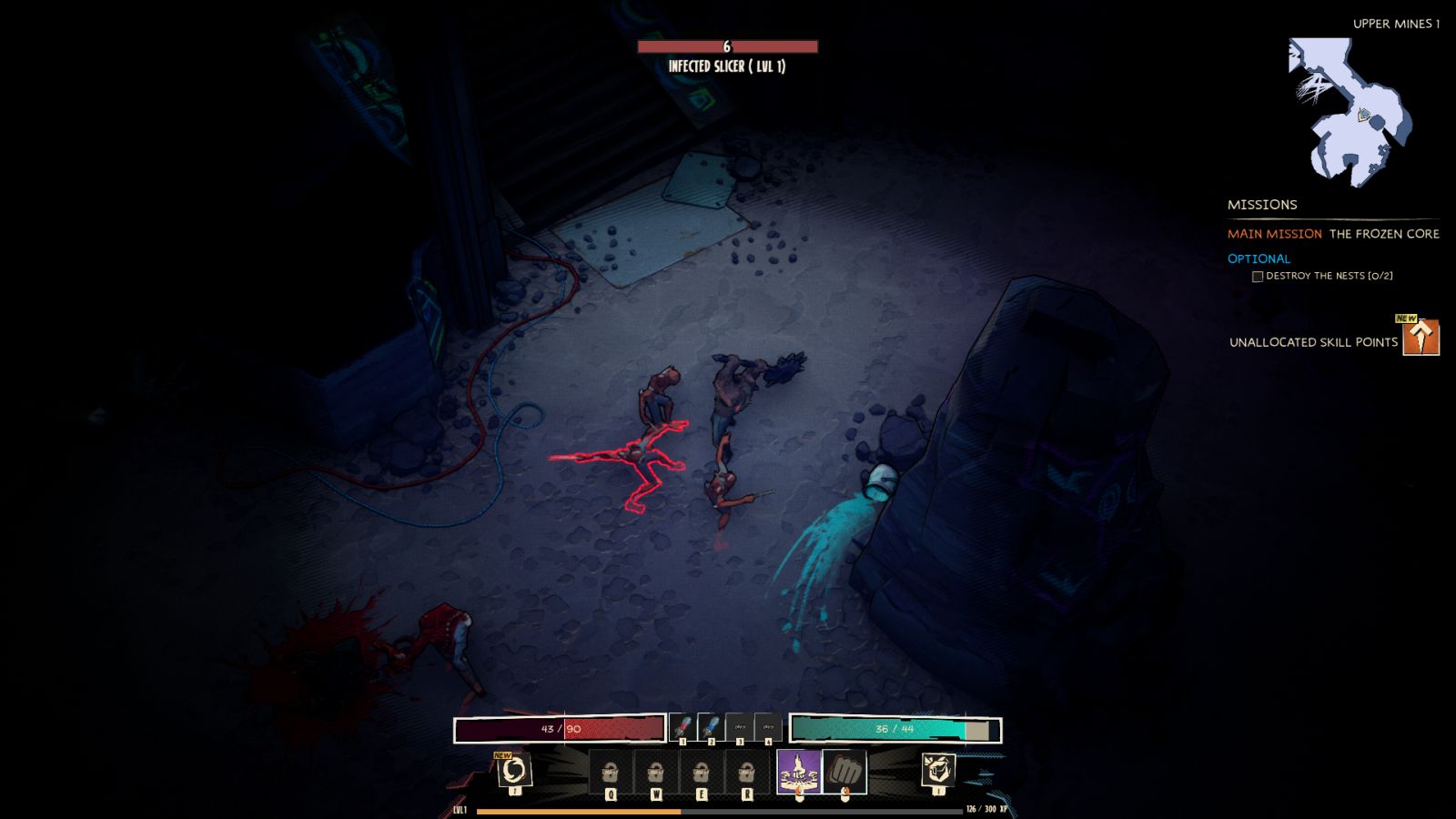 ARPGs aren’t usually the most complex of games, but what Sitch Heads is building is going to turn the genre on its head. Just within the single character we got to play there are so many synergistic opportunities that no two Berserkers would be the same.

We don’t have a release date on Superfuse, but it’s headed into Early Access this year aiming for a launch at some point in 2023. Based on what we’ve seen so far, it’s going to be absolutely nuts, and we couldn’t be more excited.