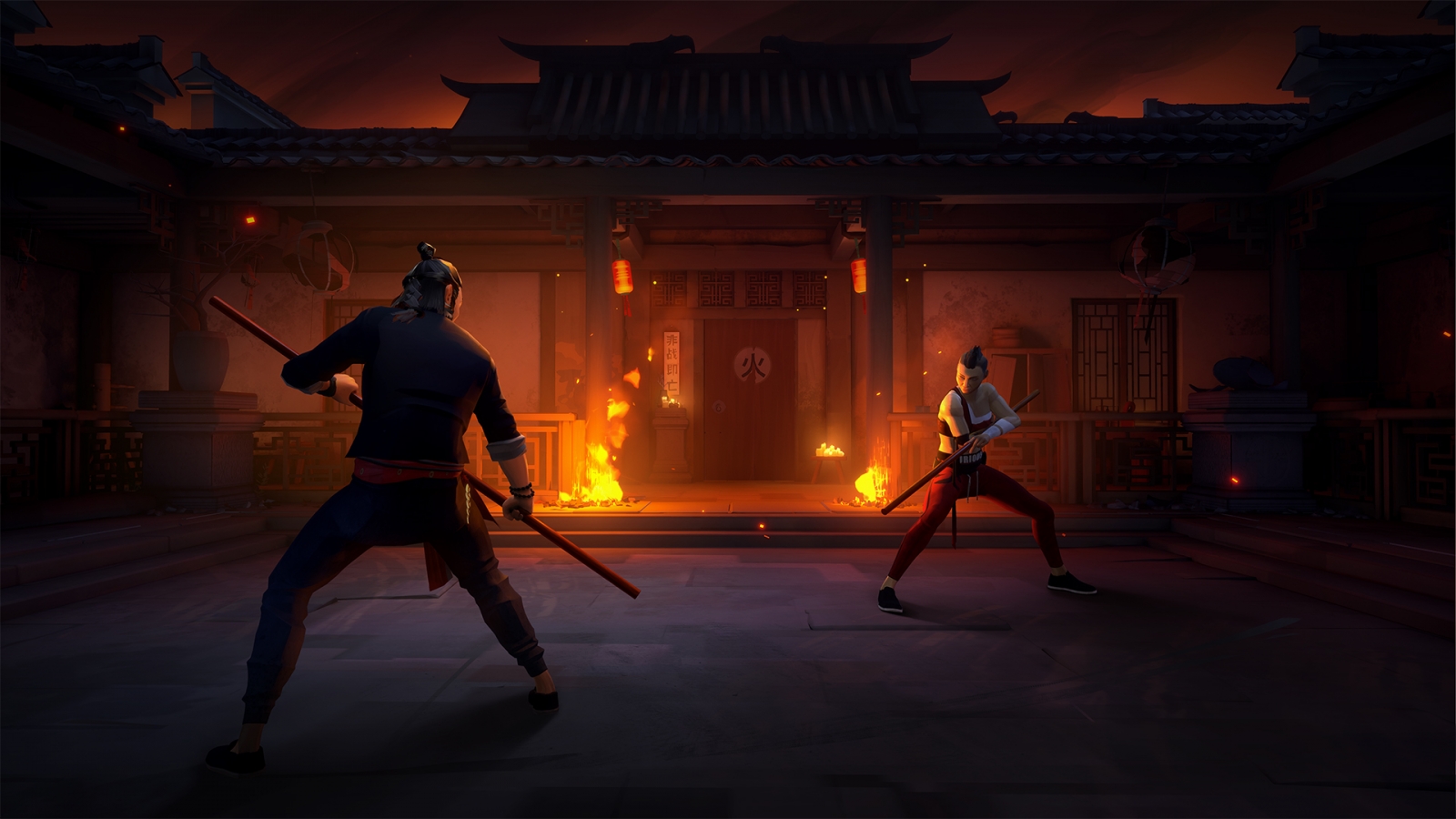 Sifu is one of those games that just looks fun. I mean, we all had martial arts dreams growing up watching the likes of Bruce Lee, Jackie Chan, and Donnie Yen right? While my editor-in-chief Ron Burke may be the most perfect person in the world to tell you about this game, he graciously allowed me to talk about it… at least in the preview. While there is still a lot I haven’t fully wrapped my head around, I have to make this point right away: if you like what you saw in the trailers, this game is going to meet your expectations. Whether or not the full loop is going to be to your liking I couldn’t tell you, but it’s at least stylistically hitting the points I had hoped it would.

So let’s jump into the nitty gritty. This preview doesn’t have a lot of story to it, in fact, there’s pretty much nothing besides a couple of notes and pictures attached to a white board like we’re in an episode of CSI or something. Not to mention we’re starting out in the first half of the second level. What I gather is pretty simple; I’ve been killed, but this mystical silver pendant has brought me back to life for some reason, although it didn’t help my poor father when he was murdered along with me. There’s also some really shifty stuff going on, hence my getting involved. The area I’ve gotten to play around in is really short, so my guess is that there’s plenty of story to go around, just not in my little portion.

You start out in the Wuguan, which seems to be your apartment/training area. This is a nice place to get familiar with the game, and acts as your hub between missions. There’s a training dummy, which gives you access to a bot to learn new techniques on, and it’s a nice touch. You can beat him up all you want, but more importantly switch him from passive to aggressive, which should be really useful in learning to time your parries. Besides this, the aforementioned detective board, as well as an actual tree that is accessible as your skill tree. Makes sense I suppose. 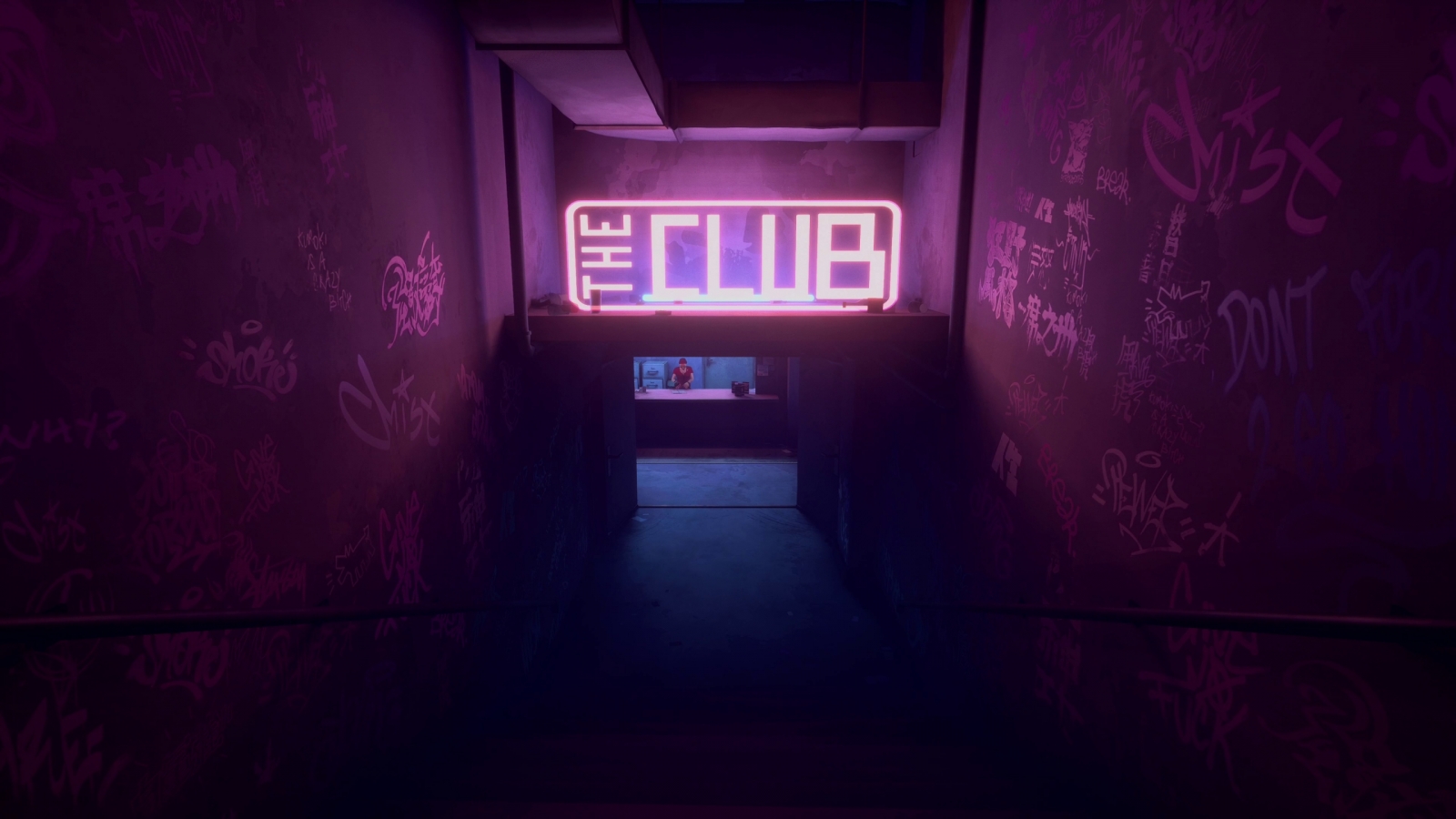 From here, looking out the window gives the option to go to the one half mission we received access to, The Club. Starting out, you pass two gentlemen who tell you “you ain’t going to be able to go in there” or something like that. I promptly ignored them and walked up to the doorman, who reiterated the same thing, except he quickly followed it with trying to beat me up.

Here lies the meat and potatoes of Sifu, beating the snot out of people. Or, as it turns out for me in my first run, getting the snot beat out of me. Let’s go ahead and knock this out right away, you should not, I repeat, SHOULD NOT, play Sifu as you would a fighting game. At least, if you play them in a button masher fashion. In Sifu, you’re going to get your butt kicked very quickly if you try to do things that way, as I did. There’s a combo system to learn, and as you go through you’ll be able to collect new abilities as well. Just smacking buttons won’t work.

This technically extends to the parry system, but I’ll be honest, in this build it wasn’t very clear when I’d done it successfully. In something like the Batman Arkham series there’s an audio queue and a slow down, and here whatever is there doesn’t feel as satisfying. That said, it’s still important to do, as well as dodge. I think the biggest learning curve is using the triggers and bumpers for that as opposed to a face button, but you can always remap those if need be. Besides that, paying attention to your environment is critical as well, since a bottle sitting behind you may save your skin when using it to stun the guy in front of you. All and all, it’s a lot of fun to take on a mob of baddies and take them out systematically, which is the same sensation of accomplishment I get in an Arkham or Spider-Man game when I pull off the right combo. 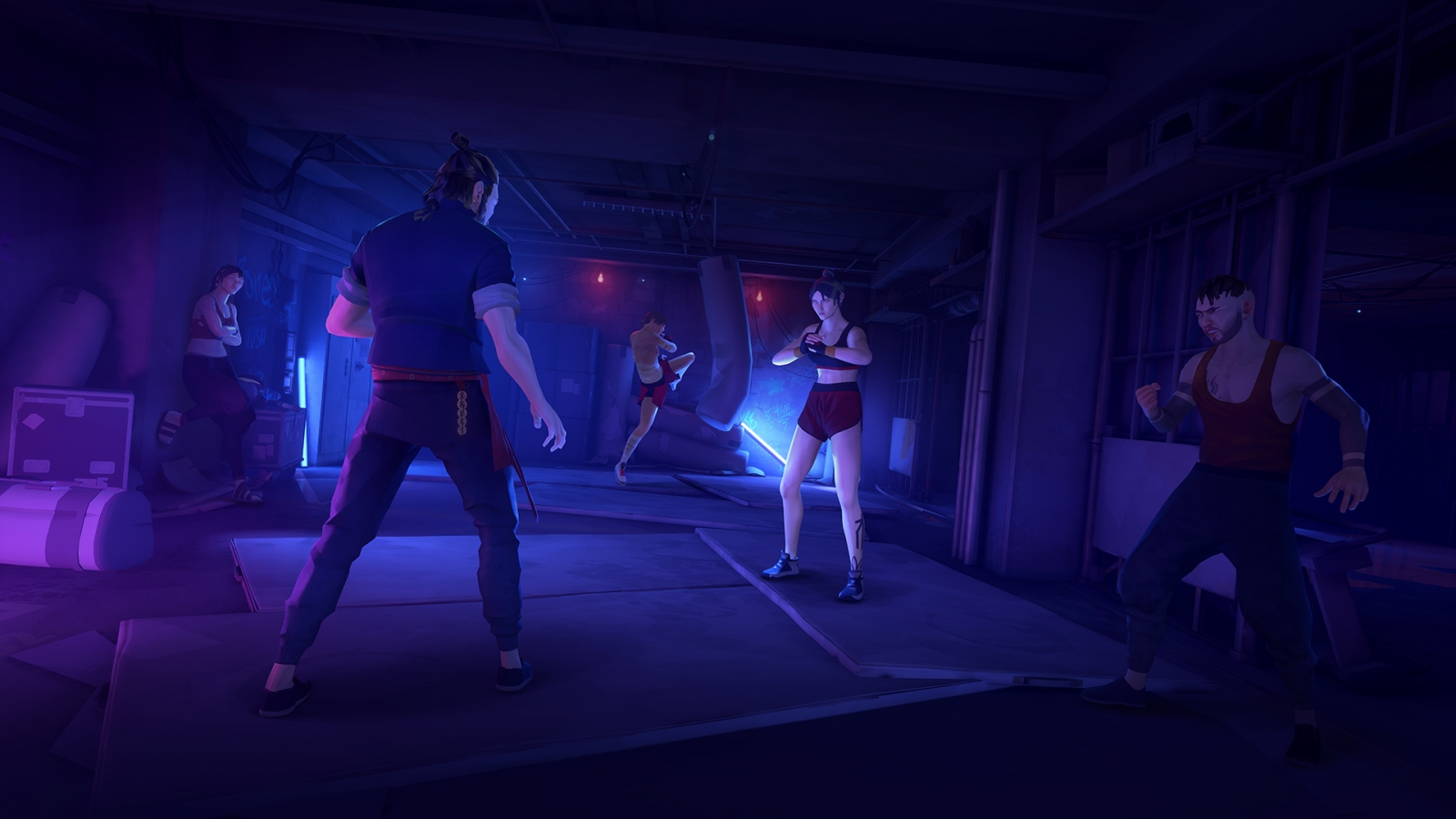 So, it didn’t take very long for me to die. That’s partially because I wasn’t parrying or dodging, either correctly or at all, and because you can’t really take a punch, dying rather quickly. Once I went out I had a few options, either giving up and dying (my guess would be for those who want to restart because they screwed up too early), aging a bit to resurrect, and applying a few skill points to help you out once you do. Whenever you’ve locked in your options, it’s either back to the Wuguan or getting back to your feet, to the dismay of the enemies around you when you fell.

As for continuing on, your aging will come back to haunt you. It wasn’t really explained all that well, but whenever you die at first, you age a year. That multiplies by two everytime you die, although there are more mechanics at work than just that. I noticed as I got better at defeating foes, I would occasionally see the year drop down. It seems if you move too quickly, there’s a chance it’s going to catch up to you fast, as in my first run I made it to age 71 very quickly and that was the end of my pendant, dying to two bar girls who just wouldn’t leave me alone. In my second run I believe I stayed under 40, but it just proves if you learn the right way to play, you can escape a lot of harm. Especially considering that even though your damage rises the older you get, your health falls, making it easier to be taken out. 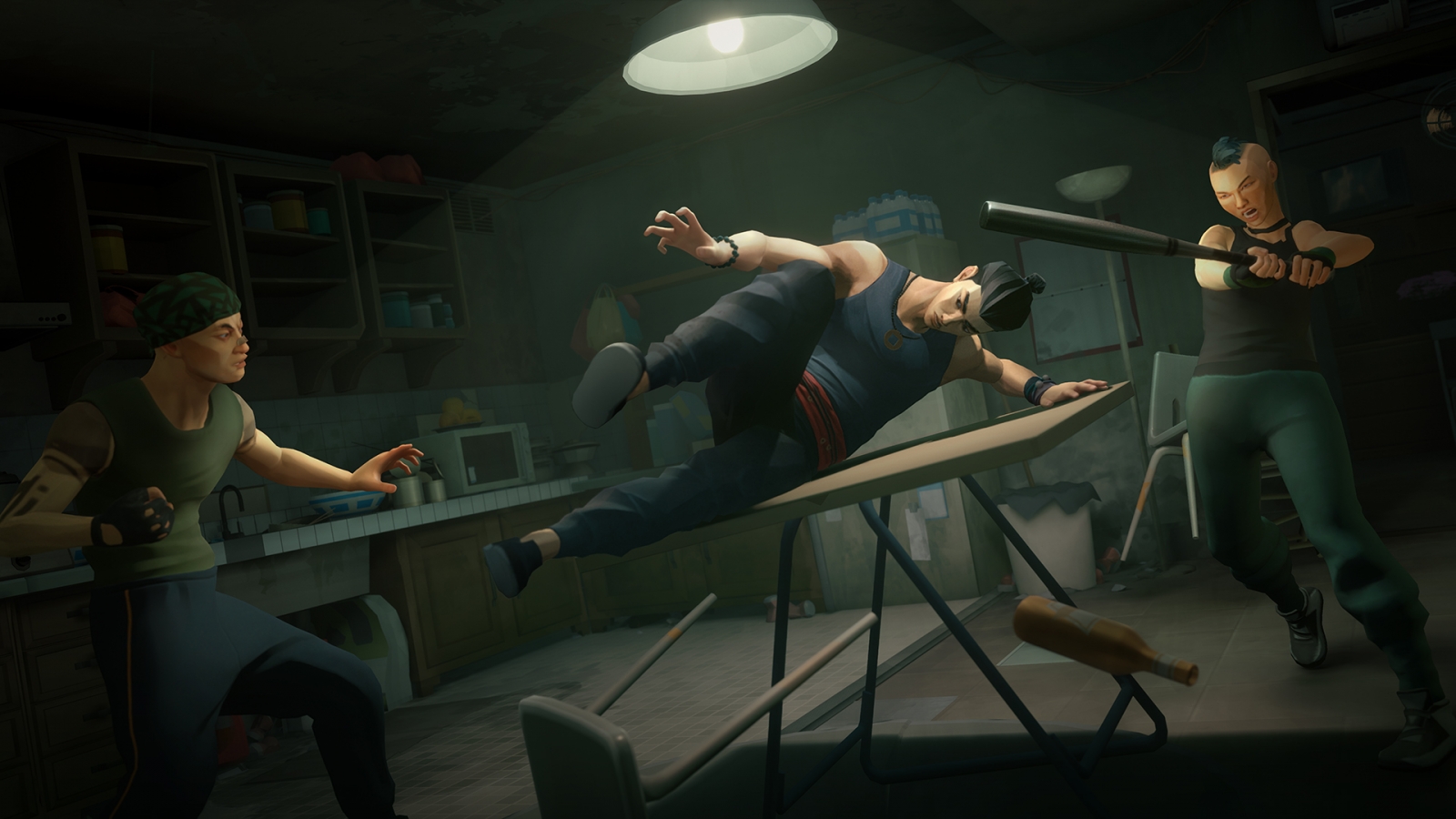 Given I brought up runs in the last paragraph, let’s talk about the structure Sifu seems to be taking on. This falls into the roguelike vein, but I’m not sure exactly how Sloclap is handling their variation. It follows the same idea, you die all the way, you lose progress and skills, but there are permanent things available. I’m wondering if Sifu may follow in the footsteps of Deathloop however, with a set story giving waypoints at which your progress is saved. We’ll see when the full game comes out, but it already seems more forgiving than most. For instance, I got my hands on a keycard in beating the boss-like character at the end, and when I restarted my preview it was still there. It looks like there’s an option for you to spend skill points to ensure some abilities remain permanent as well, similar to Deathloop’s infusion process.

Before we go, the setting and environment Sifu is taking place in is absolutely wonderful. The Yakuza-like club doubling as a den of degenerates feels ripped out of a kung fu movie, and the art style, coupled with the bright neon of the club, works perfectly for it. With an ambient soundtrack befitting of the Japanese street brawler motif behind it, the stage is beautifully set for some butt-kicking. 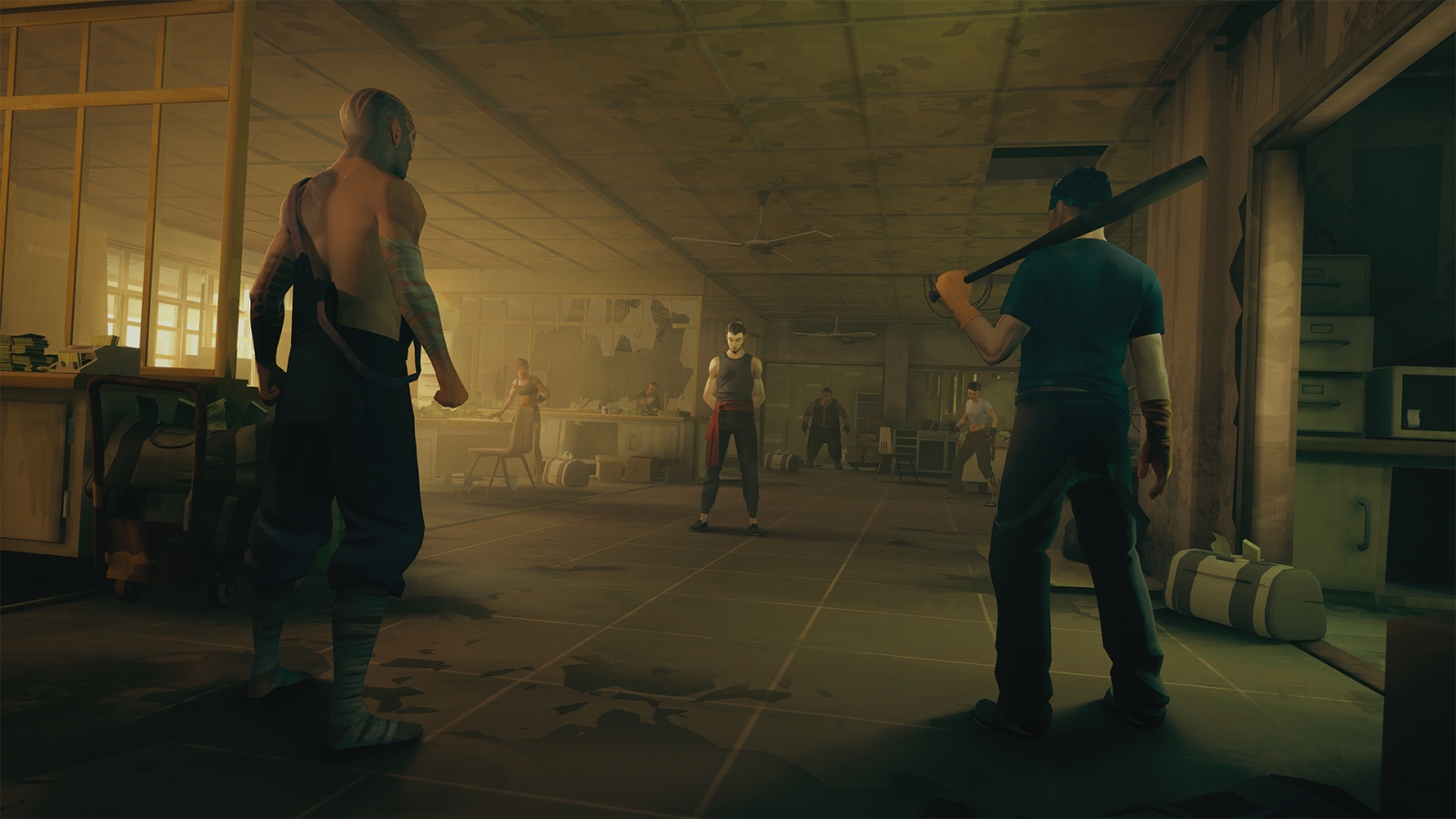 After messing around with Sifu for a while, I certainly can’t wait to see where it goes from here. It’s been fun to learn, the gameplay feels clean, and the playground it’s set in is a good one. I left wanting to play more, and that’s always a great sign in a preview. Sifu launches February 8th, 2022, on PlayStation 4 and 5, and PC as an Epic Games Store exclusive. If you pre-order the deluxe edition on PlayStation Store, you can save 10% and get it 48 hours early!